As a 13-year-old, I've been playing around with multirotors for a while now, so I decided to make a µQuadcopter (Microcopter). My goal was to create a 3D printed 4 rotor platform using the KK2. I wanted to have 10+ minutes of flight time, altitude hold, and enough thrust to lift a gopro and some FPV gear. Now, its able to lift 1.75 pounds extra (with a Turnigy 2s 25c 2200mah lipo). The altitude hold is achieved through the HefnyCopter firmware and a sonar module. 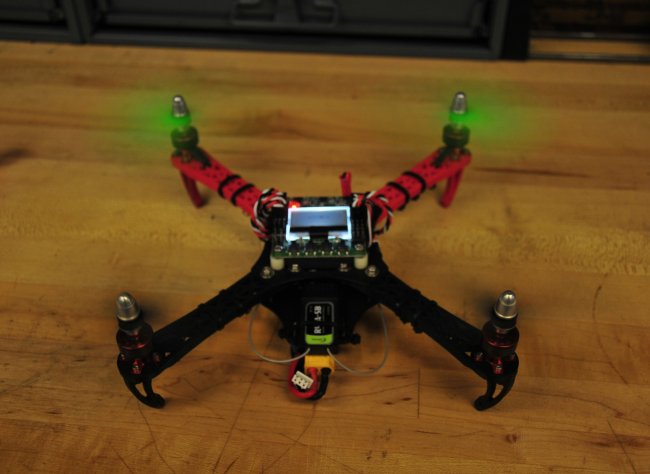 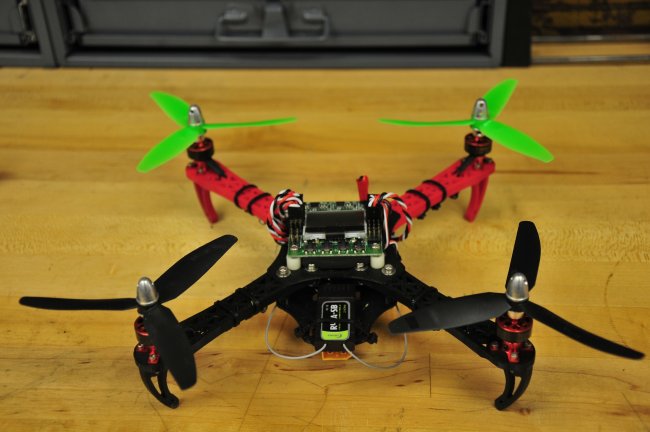 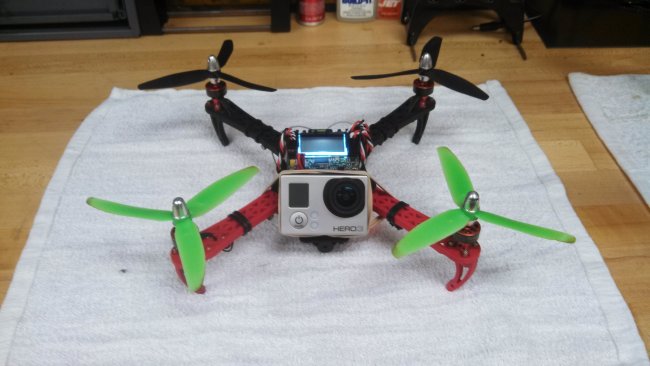 With a GoPro Hero 3 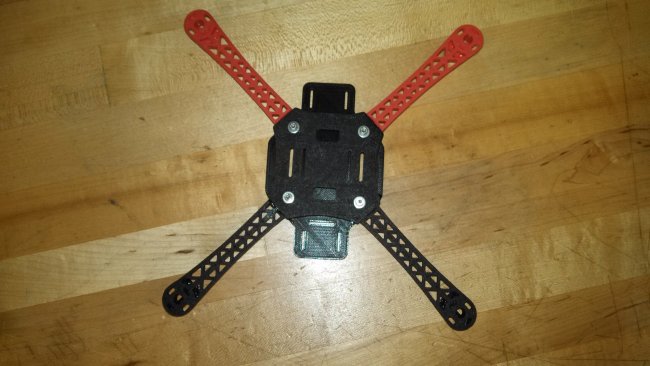 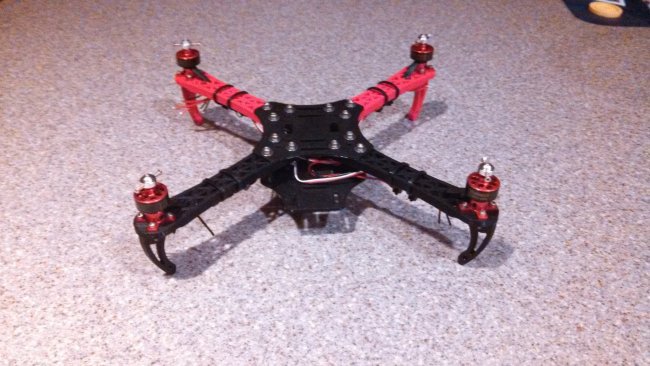 The 3D printed frame. It was printed on a Makerbot Rep2 on medium qualaty using red and black PLA. The STL files are at located here: https://www.dropbox.com/sh/18c1u8n6gb1jl22/tikfbdtuMs/%C2%B5Quadcopter%20STL%27s

The STL's came off of thingiverse (Thanks beark54 and tosjuenfs). 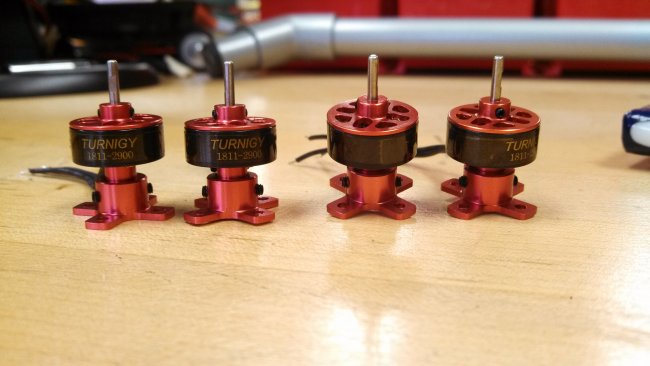 Here are the 4 awesome brushless outrunners I used. At first, I made the mistake of ordering 1500kv motors from hobbyking, thinking they would have plenty of power. Due to my 3 plade props and the lack of power, it would only fly 6inches off of the ground. I found that I need a least the 2900kv motors, but for heavy FPV gear the 3800kv motors would be needed. Theese are all Turnigy 1811 motors from hobbyking. Each motor draws ~6amps. http://www.hobbyking.com/hobbyking/store/__8479__Turnigy_1811_Brushless_Indoor_Motor_3800kv.html 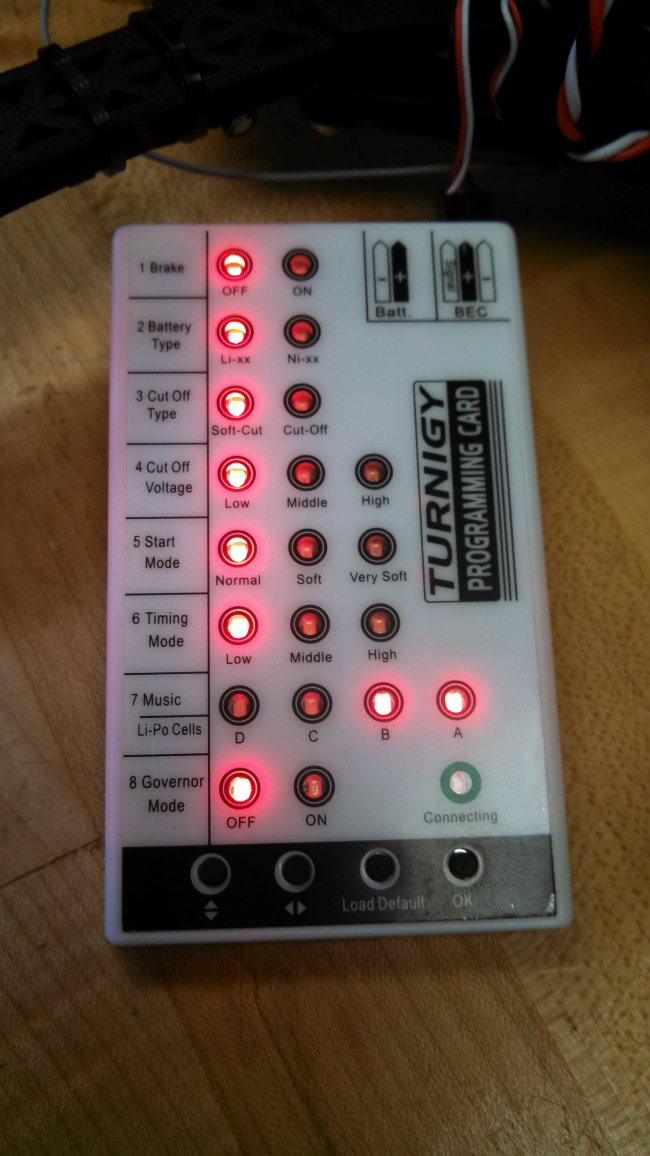 Here are the settings I fly with on my ESC's. I am using 6amp Turnigy plush ESC's so flashing them is very easy. 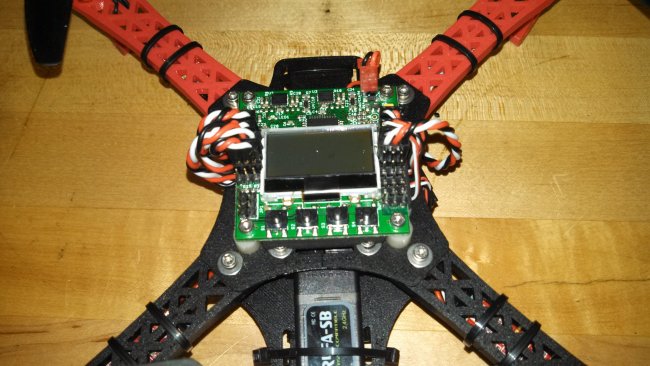 Here is the KK2, flashed with the HefnyCopter firmware. This firmware adds altitude hold, and many other useful features. http://oddcopter.com/2013/02/14/hefnycopter-brings-altitude-hold-to-the-kk2-0-flight-controller/ 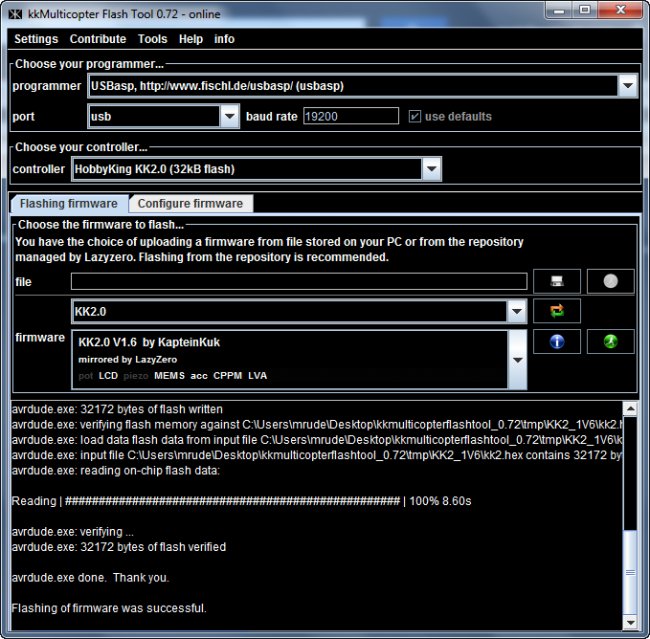 Here's a scrrenshot of the KK2 flash utility used to flash the new firmware on. 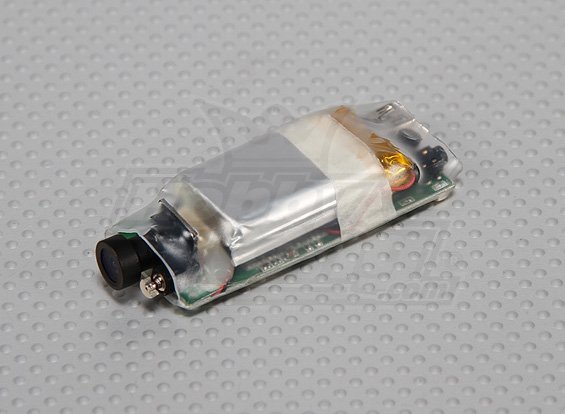 RX antenna, The Skew-Planar Wheel Antenna. David has a gread article on this http://www.flitetest.com/articles/The_Skew_Planar_Wheel_Antenna 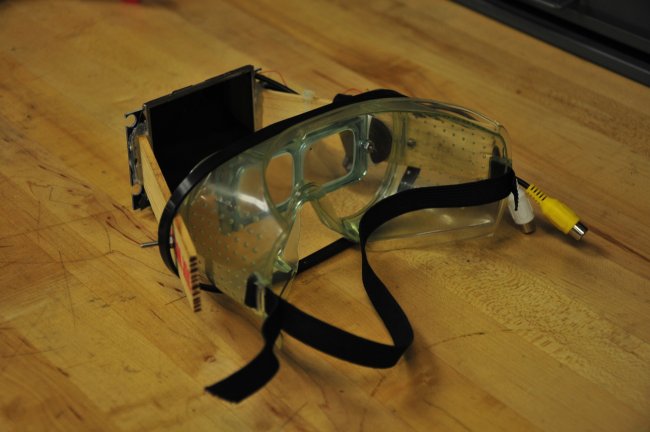 DIY FPV goggles, made with a 3.5" LCD, safety goggles, and a magnifier for eye relief. 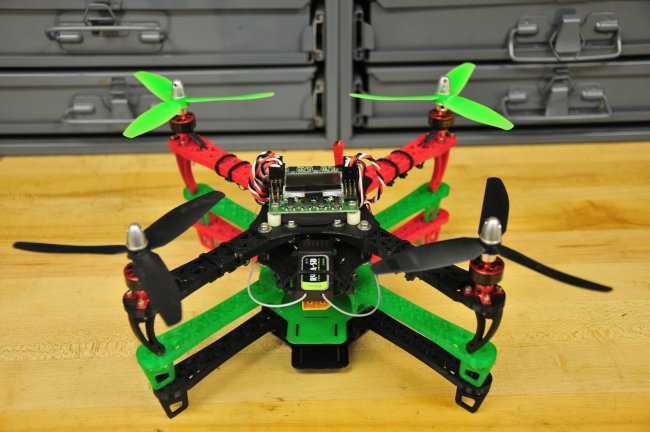 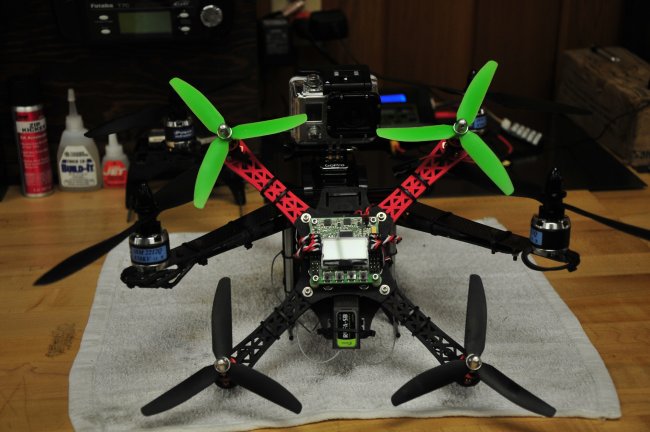 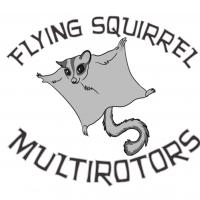