After a while of working with my dad on 1/4 scale gas planes such as the Piper Cub and the Edge 540, I decided to take a break from that and go back to small electric planes. I decided it was a relaxing break from the complexity that those large planes can be sometimes. About two years ago, I got very thrilled with scratch building and decided to build my very own FT Flyer, FT Nutball, FT Delta, and FT 3D. Unfortunately, only the FT Flyer and the FT Nutball ever flew due to minor flaws in the build (The FT 3D's wing wasn't perfectly symmetrical and crooked (although it did inspire me to design the FT Precision Flyer, which I will share in the near future), and the FT Delta's CG was way too far forward for the modified power pod I had built).

Those projects gave me a total of about 3/4 a sheet of scrap foam board, which I had been giving miscellaneous uses. After working on the large gas planes, I reestablished my passion for scratch building, which led me to go around my workshops to find what I could for a very cheap and simple RC plane that would be 100% designed and built by me.

So I found four peices of scrap foam board large enough to make a very small airplane out of, and I got straight to work. I decided to make this article so that I could share this experience and inspire others to do the same.

Here is each peice of foam, with rough dimensions drawn on it: 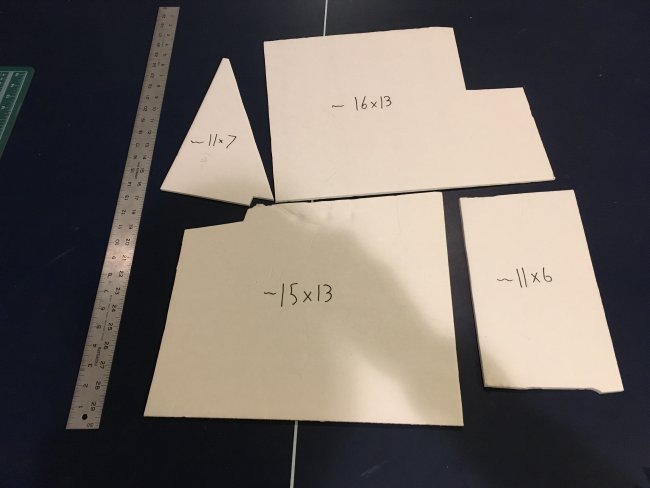 And as you can see, they were far from perfect, with many wrinkles and dents in them. The foam does not have to be perfect. 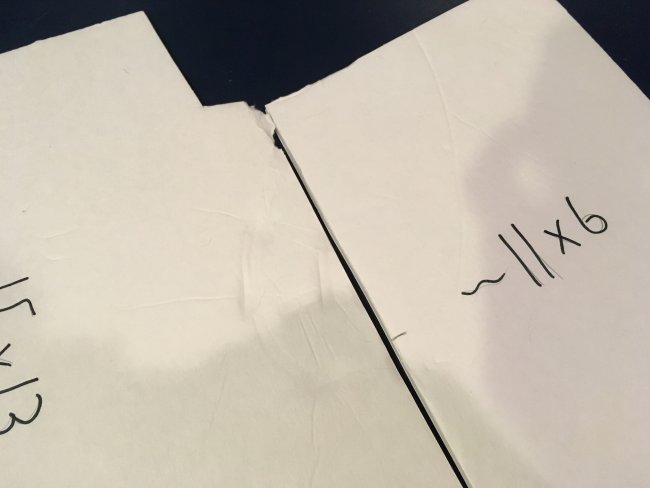 To be extra crafty, I used a scrap peice of printer paper as a 90 degree angle throughout the build: 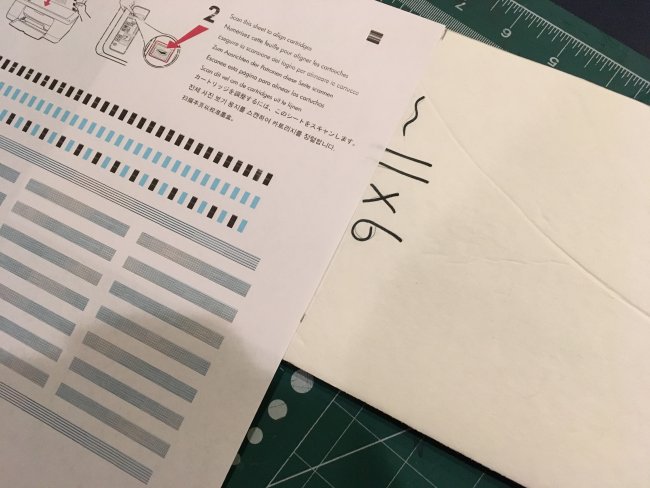 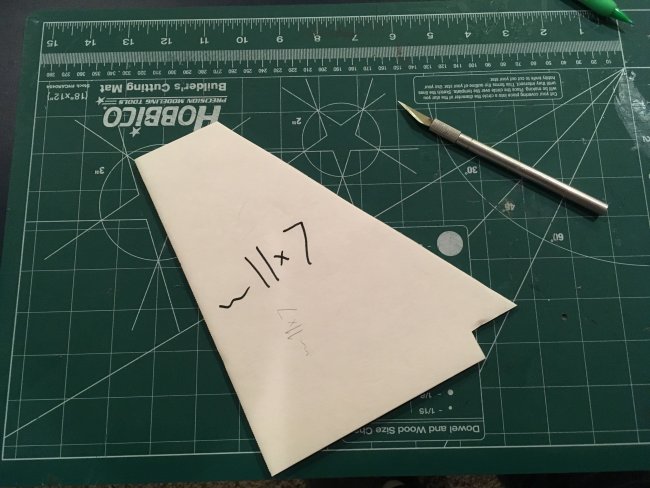 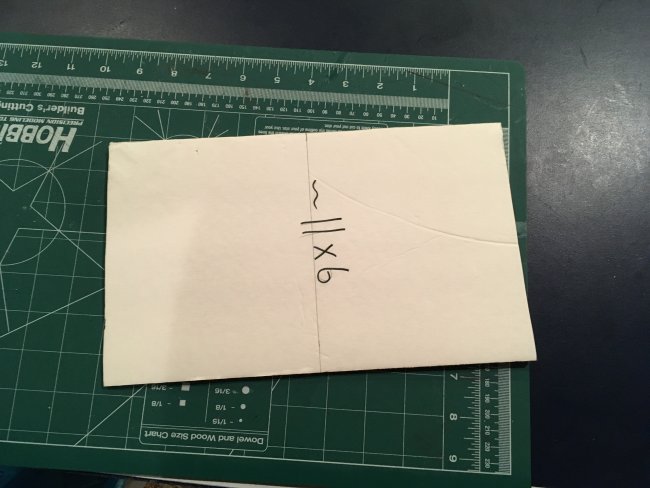 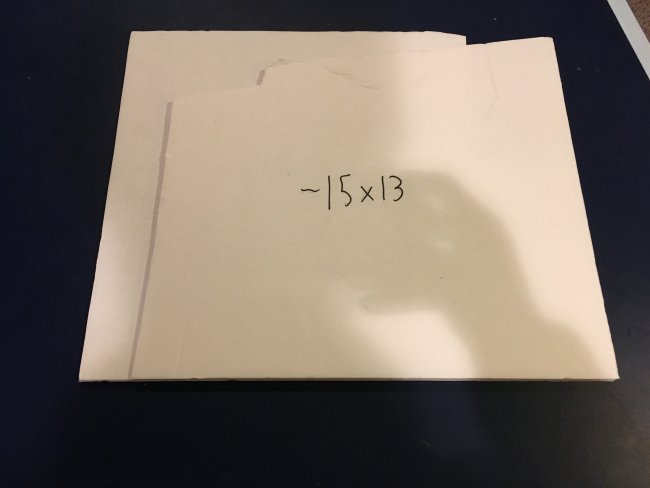 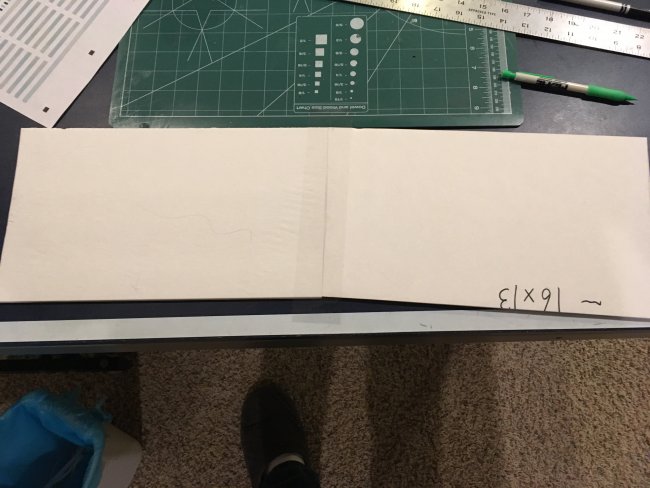 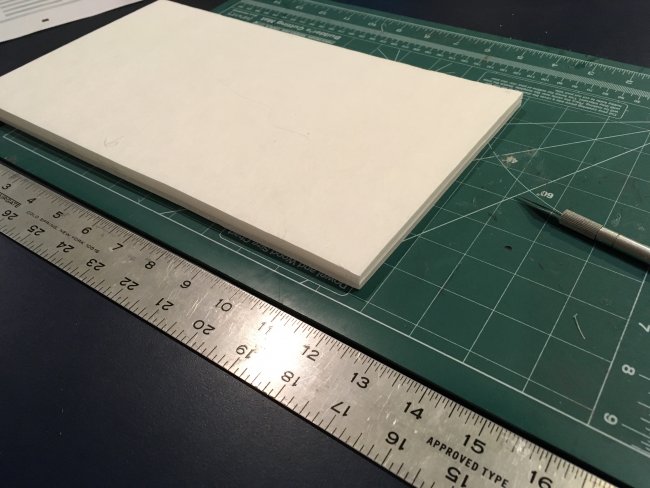 After that, I was left with three peices of foam board that almost looked like they could come together to make an airplane! 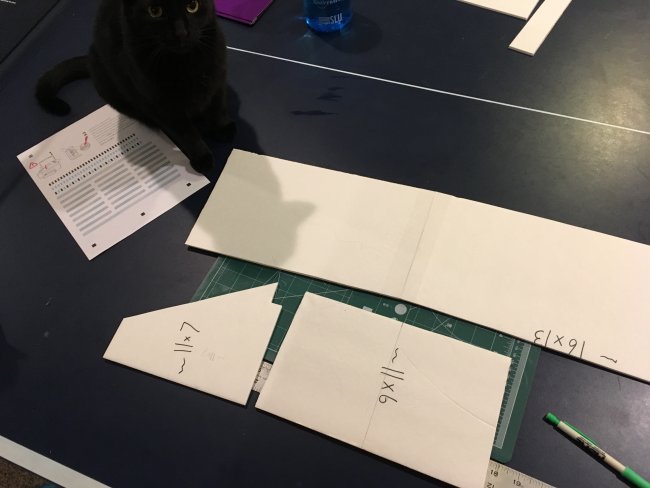 The next step was to add dihedral to the wings and glue the horizontal and vertical stabilizers together. I used hot glue for all of my gluing. [Proud SLUdent] 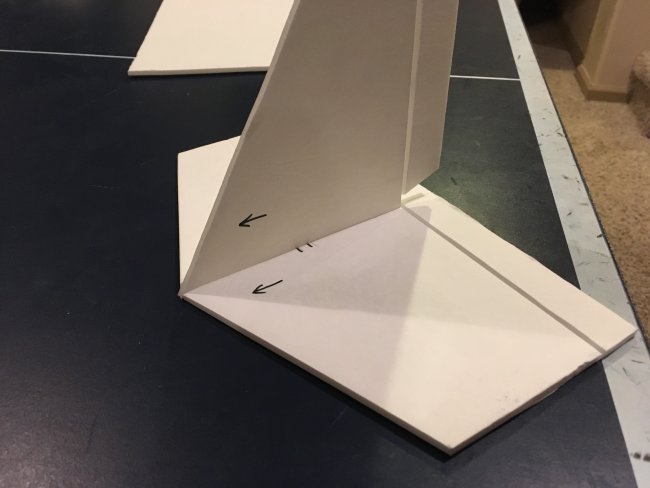 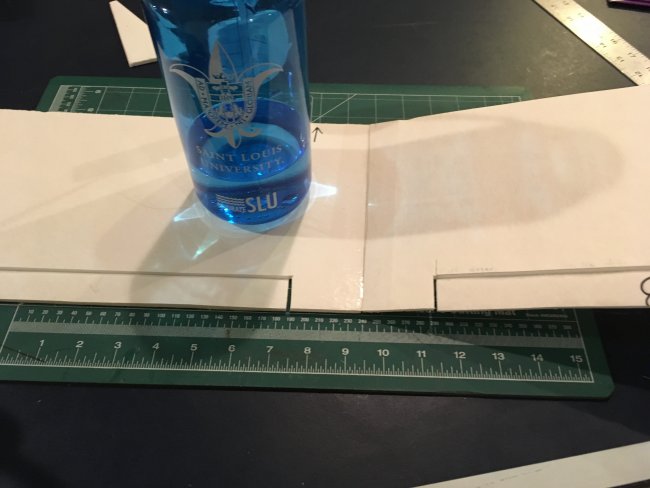 Throughout the project, I kept all of my leftover foam in a pile, which I knew would come in handy when making the fuselage. For the fuselage, I took the longest peice of leftover foam, trimmed it a little bit, and marked where I would connect it to the wings and tail. 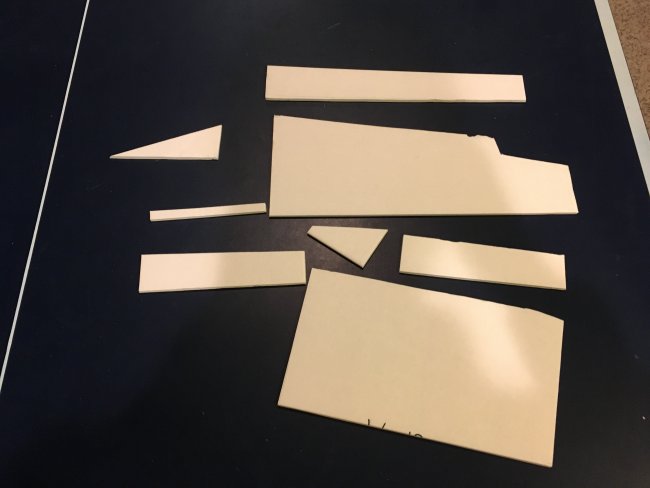 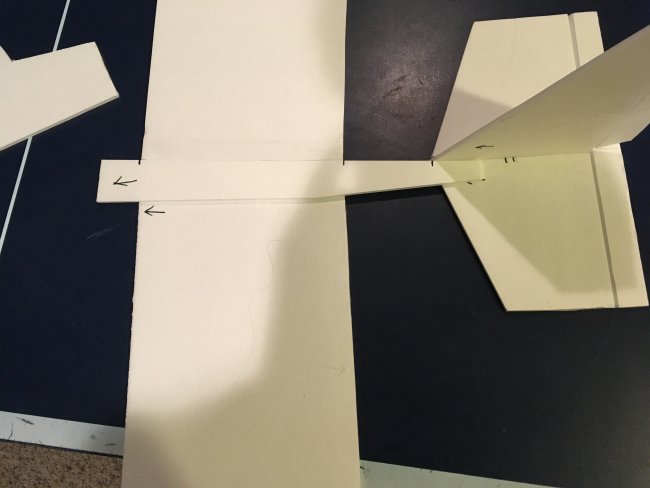 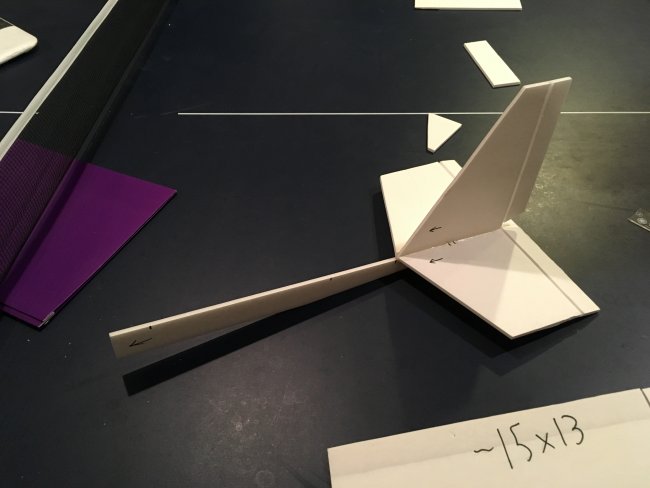 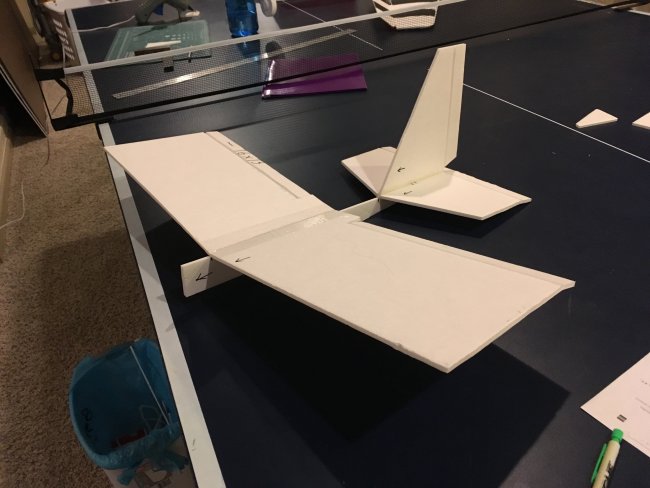 Now it's finally starting to look like a plane! I then glued the firewall onto the front of the plane using an excessive amount of hot glue, pointing very slightly to the right and downwards. After that there was not much else to do except attatch control horns, control rods, and electronics. To attatch them, I simply used a bit of hot glue (except the battery, which is attached with velcro). They should come off with relative ease if I ever want to pitch this plane. The control horns are just peices of a ziptie with a small hole drilled in. The landing gear consisted of a peice of a barbeque skewer and wheels from the destroyed Yak you see in the background glued to the back of the firewall. I originally was not going to have landing gear but I realized I needed some after seeing that all my electronics were completely exposed and on the bottom of the airplane. 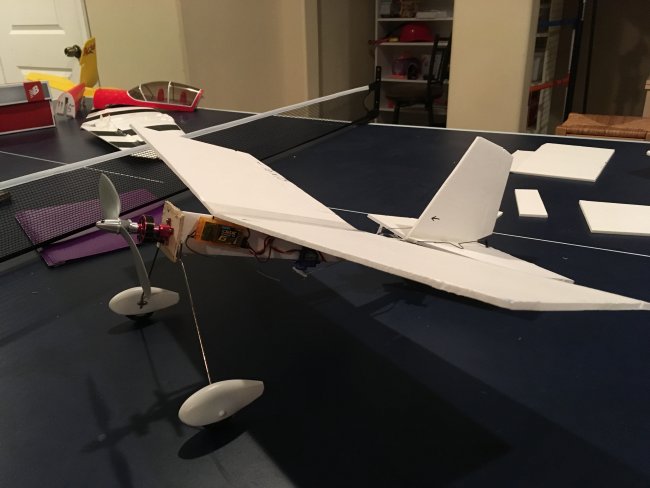 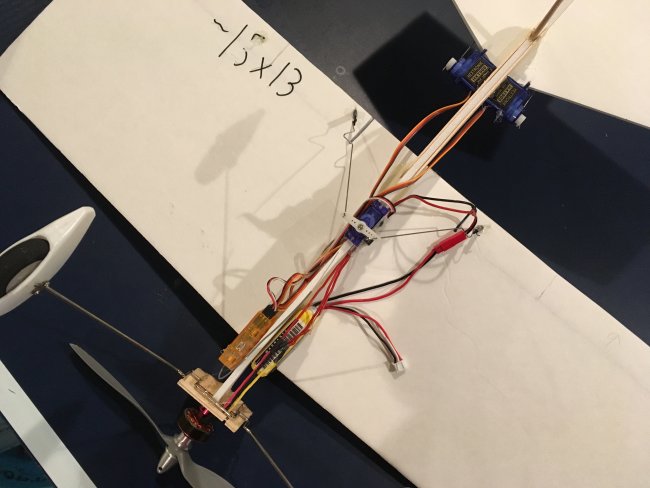 And that's really all there is to it. It took me about three hours to build, having three friends at my house bouncing off the walls around me while I was working, and had a total cost of $0. Yeah, $0. It all came from stuff that I was either bound to throw away, or was just collecting dust in my basement.

I wrote this article to inspire others to salvage whatever they can and have the maximum amount of fun for the minimum cost. Obviously I will not be providing plans of any sort. This design isn't meant to be copied, but rather meant to give ideas and provide basic techniques on how others should go about salvaging parts.

I do not reccommend this for someone who has never scratch built, for two reasons:

1. First time scratch builders should be following a clear set of instructions to learn the basics of how it's done

2. First time scratch builders will most likely not have scraps like this sitting around, so they are much better off buying the proper materials and building a much nicer plane out of them.

I hope this article has shown you just how easy, inexpensive, and cheap it is to get in the air, and hopefully many others follow in my footsteps. If you do, please share it with the community. We would love to see it.

dholcomb on May 7, 2017
Very nice job, I also have took on the challenge of designing and building my own planes. It is a lot of fun. I do like building with a flat fuselage, Keep up the good work, 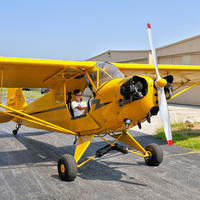