Ohio Huckfest 2012 is a giant scale RC event held annually in Youngstown, Ohio. We had a chance to talk with this years King 50 Champion Joe Smith and he shared with us a little about what the fail safe power distribution of his giant scale RC plane The 103" Extra 300 SC. 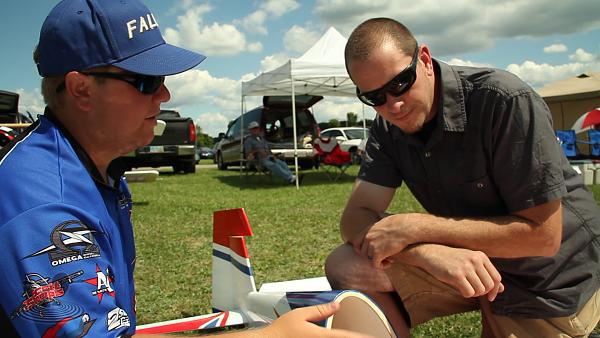 One of the biggest differences between small park flyers and and giant scale RC planes is the power distribution. Joe’s 103” Extra 300 SC features 500 oz. servos and that current needs to be kept separate from the receiver. 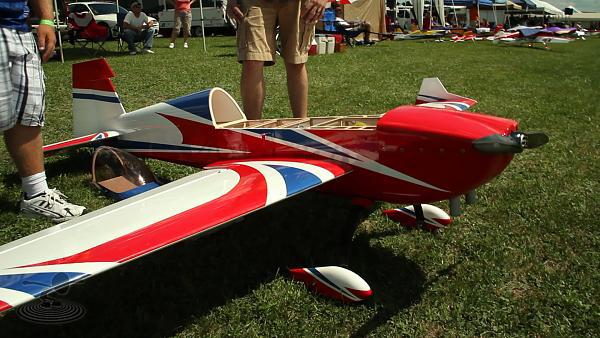 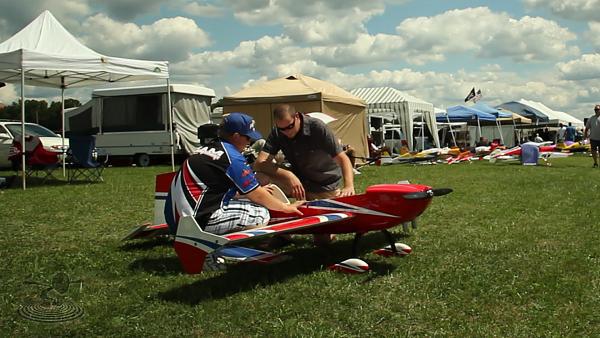 Joe has installed The PowerExpander Eq10 which is setup to work with a dual battery system. Both batteries are being used, but if one should fail the other battery continues to provide power.

The PowerExpander also adds synchronization to keep servors from fighting with each other. 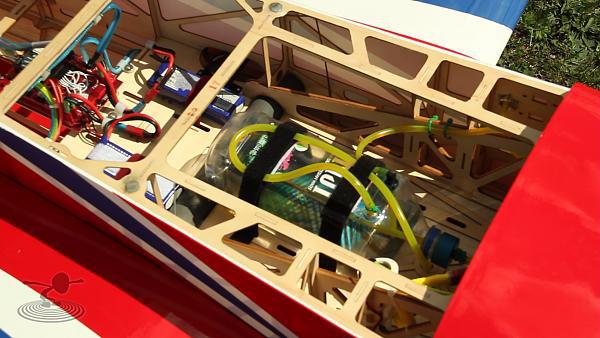 A Fiji water bottle seems to be the standard gas tank in many of these giant scale planes with their clear, lightweight design they are being used across the giant scale community. 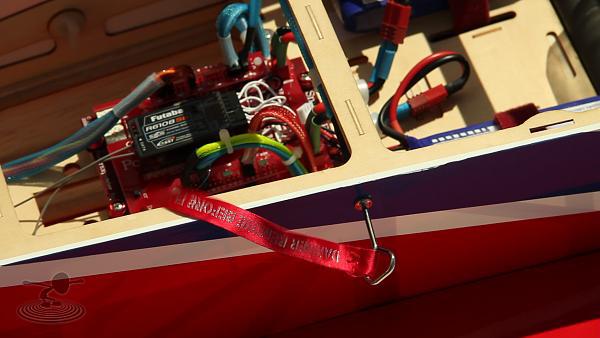 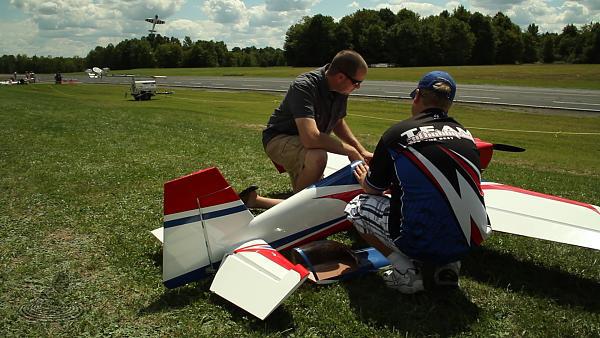 The 103” Extra 300 SC plane also features a fail safe power switch called a ‘pin and flag switch’. The plane turns on when the pin is pulled out, and if the switch is unplugged from the board, the plane is on as well.  This ensures that the plane will stay on unless the pin is installed. 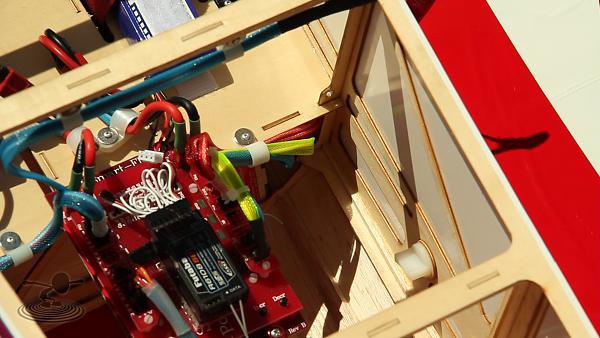 A Smart-Fly fiber-optic ignition is setup in Joe’s airplane which sends light to engage the ignition. 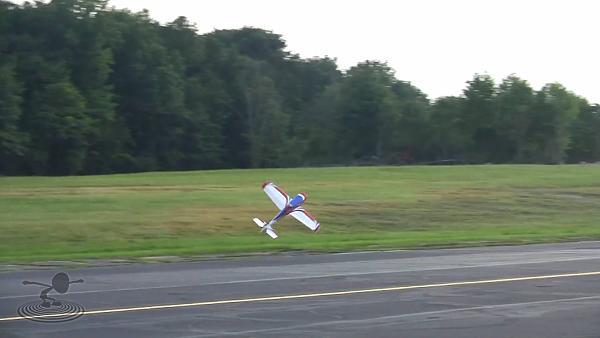 With the large scale of these planes and the aerobatic maneuvers that the pilots are performing, the dual battery redundancy and voltage supply are important. 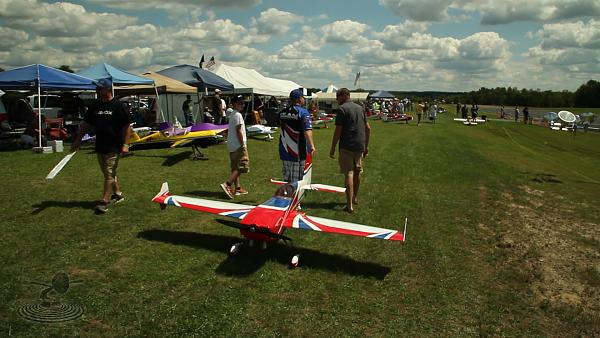 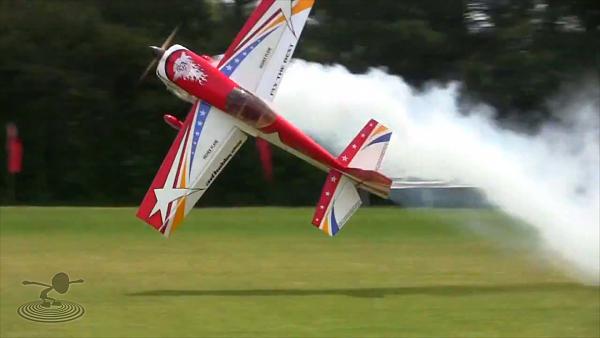 We’d like to thank Joe for taking the time to share with us some of the power distribution basics of his giant scale flyer.  You can see more of Joe's flying at http://www.youtube.com/jimsmith285

Flying Crusader on August 23, 2012
I was going to go to huckfest as I am close by, but I ended up being busy! Darn it. I was hoping I could meet you guys.
Log In to reply
NJSwede on August 29, 2012
Great episode! Cool that you now cover the full breadth if the hobby, from small foamies to large and extreme 3D planes. And Joe Smith must be one of the nicest guys in the hobby. I met him at the 3DHS Fly-Low-In in NJ and he never hesitates to help a fellow pilot.
Log In to reply
jelofson on August 23, 2012
Wow, I am such a novice! Thanks for sharing all the info. Such a great hobby that you can grow with.
Log In to reply
tramsgar on August 23, 2012
Crazy power, crazy turns!
Log In to reply
House Of Noob on September 25, 2012
Don't think I can afford that but that section of flight at the end was as amazing as the technology behind it. Great video - great information.
Log In to reply