Installing gyro on a plane

I'm probably not the first one who want to try famous HK 401B gyro on a plane. I know that Flitetest did an episode about it, but they haven't told everything about installing it. 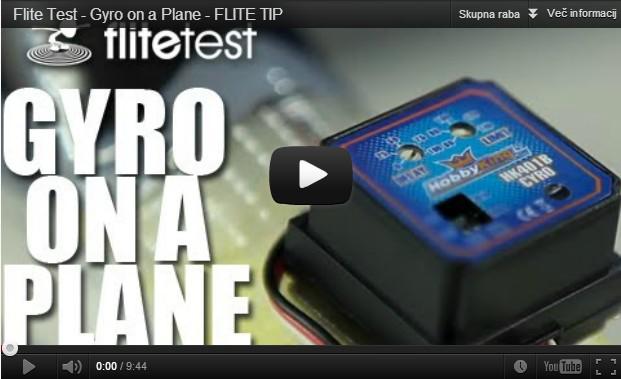 So one day you order this gyro from HK. Packet arrives in a few weeks, you take over the parcel and take it home. Now here is the question: What to do now? Answer is pretty simple: Install it, but how? 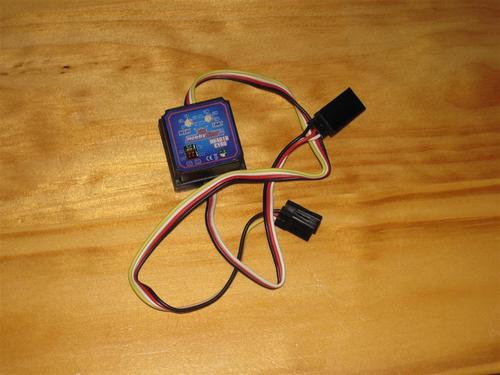 The first thing you have to do is to choose your plane. This plane should have enough space around CG (center of gravity). It is nice if you already flew this plane before, because gyro only stabilizes the plane, not fly it around! I choose 3D parkflyer that is ugly anyway and got lots of unexpected landings :). 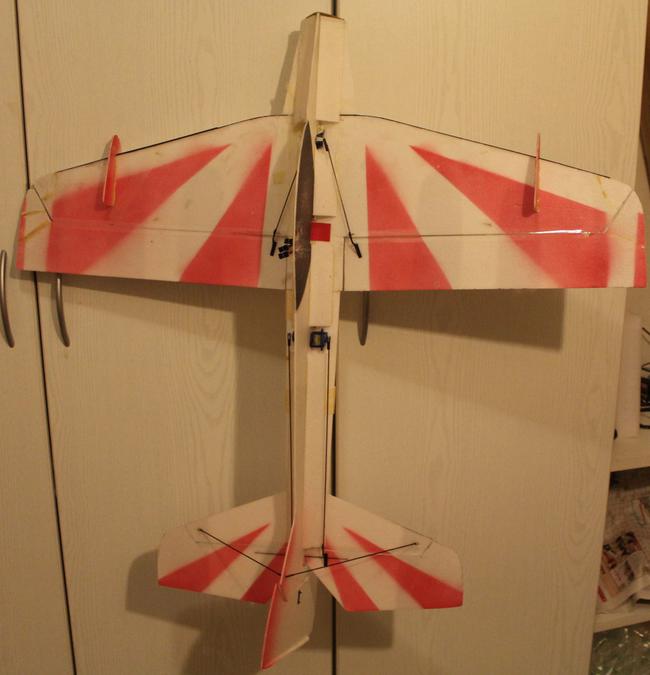 Next step is to choose control surface you want to stabilize. In most cases it's a rudder, because plane drifts, because fuselage isn't thick enough. Some people use gyros on ailerons, which is nice for aerial video. I don't recommend using gyro on elevator, because with gyro there is slower response, which can cost you a plane. I decided to use gyro on rudder because I'm learning to fly 3D and have some troubles :).

Now it's time to wire your gyro to receiver and servo. There are four wires coming from gyro on one side. You plug the connector with 3 wires into receiver on same channel as you would plug your servo normally. Now here is the second connector with only one wire. You should plug this wire (yellow one) in empty channel in your receiver. Make sure that you do have a switch synchronized to this channel. That switch will tell the gyro in which mode it'll work (heading lock/ Rate), but we'll talk about that later. I'm using Multiplex for RX and TX, so I have rudder on channel 3 and switch on channel 7. 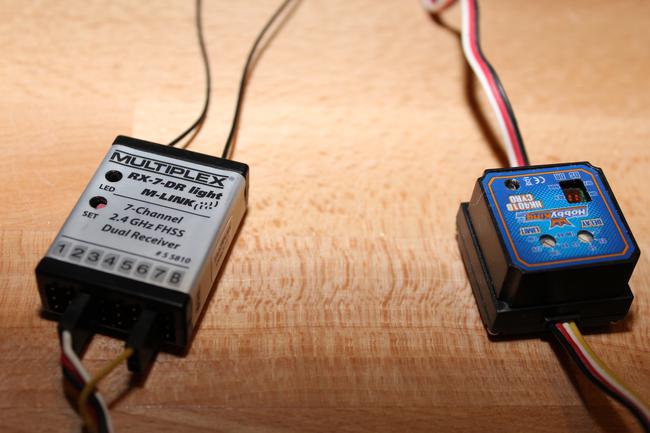 There are also 3 wires coming out on opposite way. The only thing you have to do is just plug servo connector in gyro connector. 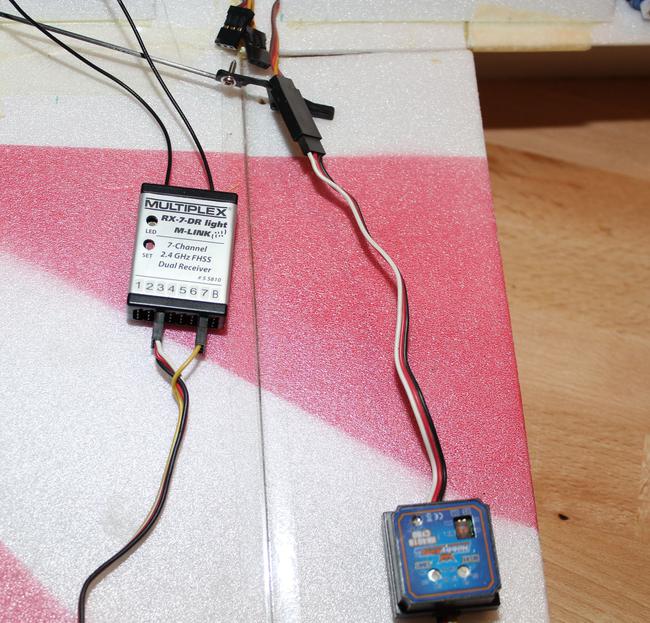 It's time to test it on ground. Move gyro left and right (if you use rudder) and look if it is working OK. It should work nice. Now cut a slot for gyro. Again if it'll be placed closer to the CG it is going to have better response. 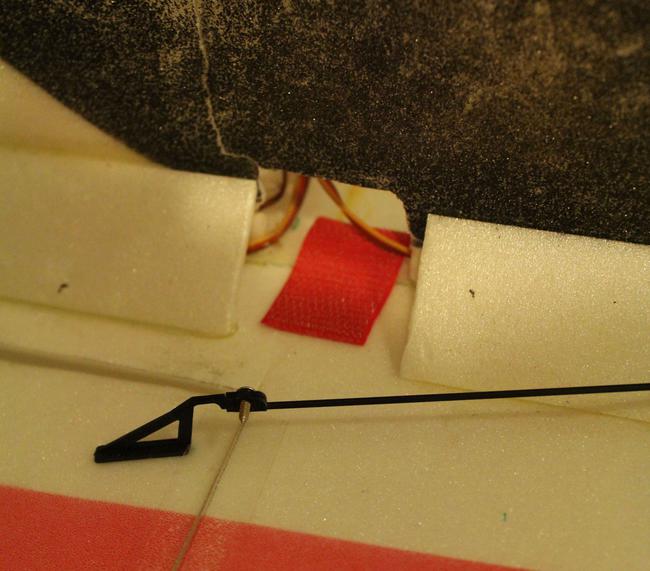 After you cut slot fix your gyro in place using hot glue or velcro tape. It is nice to fix your gyro and make your trimmers/potentiometers still accessible for fine tuning. 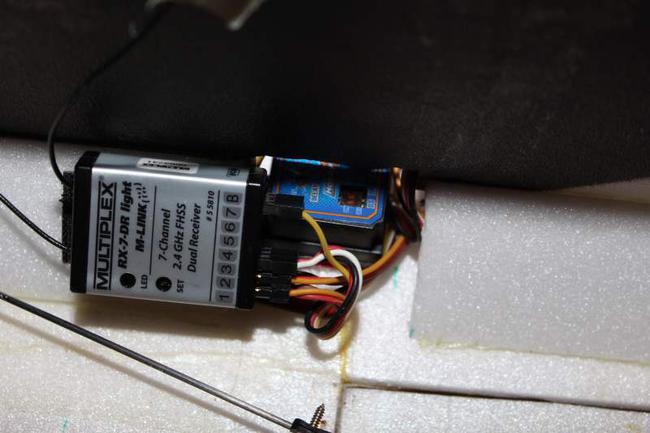 And that is it! Now you should test your plane in the air. If gyro works properly your plane will be much more stable. For first flight i suggest getting both trimmers/potentiometers to 70 %. If it doesn't work fine for you (too responsive), change limit settings lower.

And a quick explanation of heading hold/lock and Rate/normal mode. In rate mode your gyro always return in first position for example you move stick to left and release it. Servo will come in it's center position. But in heading lock/hold mode your gyro will stay on your stick input and lock there. it'll still stabilize plane, but plane will keep turning (if gyro is on rudder). So your switch tell gyro in which mode it'll work. Rate mode is used for normall flying and for flight stabilization and heading lock is used if you want specific stick input for longer time and let gyro hold it in it's position. Heading lock could be used for high alpha (on elevator) or knife edge (on rudder).

P.S. Sorry for my bad english.
Log In to reply 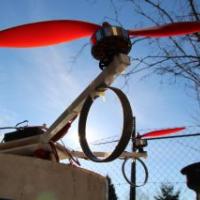 Installing gyro on a plane