The Parrot AR Drone 2.0 is the newest installment of the AR Drone line.  Like the original AR Drone, this quadcopter is operated over a wifi signal using an iPad or iPod device.

It comes with an indoor hat and outdoor hat and as Josh Scott would say, similar to a "bike persons helmet". Though an iPad/iPod is not included, you do get a battery charger that has direct contacts to balance charge the battery. 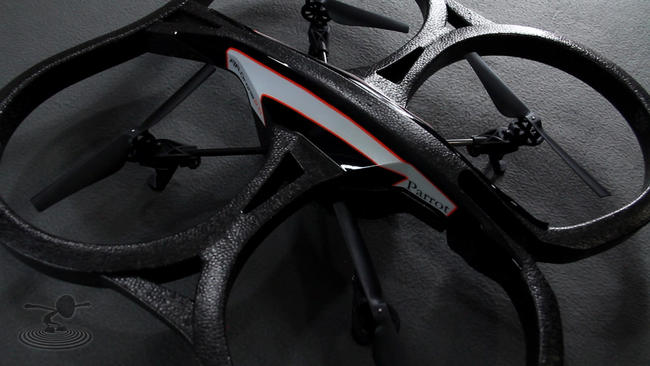 The onboard camera returns a pretty nice recorded HD video and the live stream over wifi, is much better than the original. This model features an onboard USB adapter which allows you to record HD 720p video directly to a USB device without slowing down the FPV video stream while flying.

You will need to supply your own USB flash drive for recording HD video with the onboard adapter. You still have the option to record the video on your iPad, iPod device but the updated USB option improves your FPV experience! 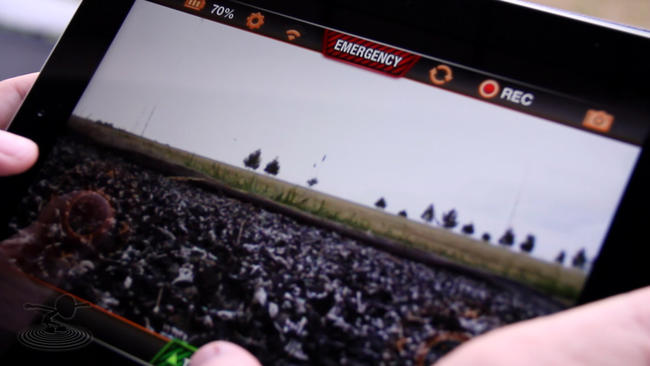 An interesting function is the "Absolute Control" feature. It's designed for the beginner in mind.  This option allows you to fly the AR Drone 2.0 so the various controls command the drone to move in relation to it's launching point. So forward causes it to fly away, right causes it to fly absolute right from the starting postion, etc.

We found that by switching the controls to "joypad mode"and "left handed" made it  easier to fly for those who fly mode 2 on a traditional R/C TX. 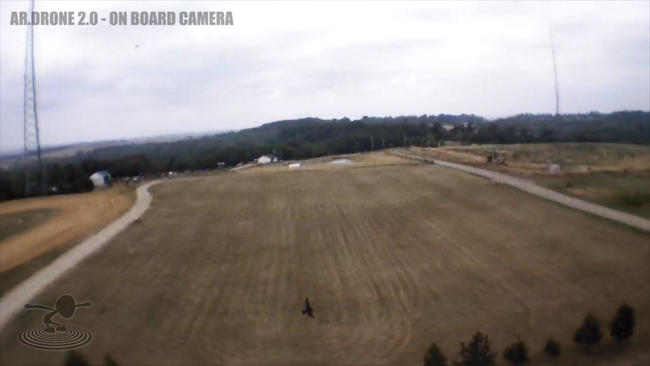 The AR Drone 2.0 features a safety hover mode that kicks in if the operator removes his hands from the controller or if the wifi signal is interrupted.

Also, the Drone has a stabilization system that helps keep it flying even if it's pushed…literally!  Chad tested how well it worked by pushing it while it was flying and it works surprisingly well. 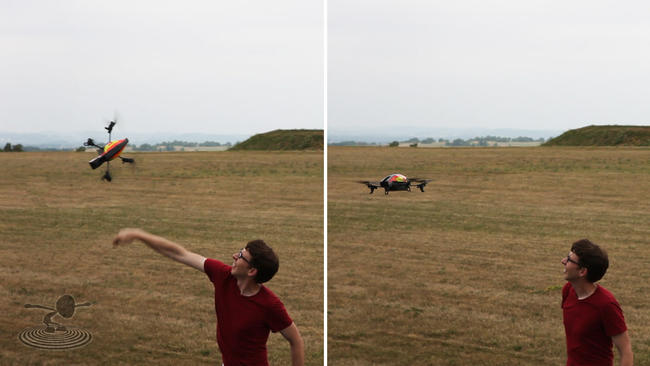 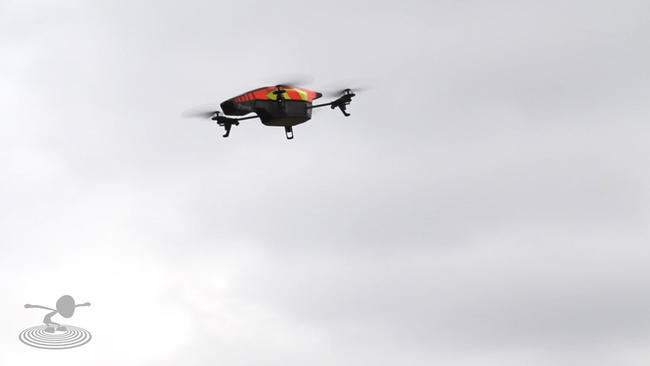 The Parrot AR Drone 2.0 has been updated with many new features and improvements from the original.  The landing mode is much smoother, the FPV video feed is smoother as well (when recording to the onboard USB)

The Parrot AR Drone 2.0 is a definite improvement from version 1.0. However it'll probably still be considered a novelty by most R/C pilots.

Click the "Join the discussion" link below!
Share your experiences with the AR Drone 2 and hear from others regarding this episode!

I agree with Earthscieach in that the AR Drones main weakness is it's range.

Do you know of any/or could feature an article or video on techniques to extend it's range? Would it be a case of using a high powered router? Could you couple that with a directional antenna at all? Can you give some advice please?
Log In to reply
sirbevalot on September 23, 2012
Heys guys. I just bought one. Soooo impressed on how stable they are. I flew in very gusty wind today and it handled it well. Great fun and great value. I know most on here would call them a "toy". But with the range extender mod it more than fulfills my flying needs.
Log In to reply
earthsciteach on August 7, 2012
Flitetest crew,
This is one of your finest episodes from a pure entertainment standpoint. I laughed out loud (LOL'd) several times. The Josh's were both firing on all cylinders (esc's?). Great job!

The AR drone is a remarkable little piece of quad technology, but I think the company that produces them could find an even larger market if it could be controlled via a TX, as well. I feel that the short range really limits its marketability within the RC community. No doubt, they could accomplish this very easily and offer it as a wifi/tx controlled platform without much additional cost.

Another step in the right direction would be a TX module that would plug into the ipad via usb or firewire. The control would still be via the ipad, but the range would be much farther than currently available. Um, does the ipad have a USB port?

Fantastic episode! I see you are getting closer to the 23 minute mark with them. Hope to see you guys on the big screen soon!
Log In to reply
Jake Wells on August 7, 2012
Great job guys. Looks like a good trainer for one of my kids. How does it take a crash?
Log In to reply
juxsa on August 7, 2012
Great review!!!
Log In to reply
nachetejr on April 29, 2013
Hi Flitetest crew,
It's my first time posting anything but I've been following you guy for ages and I love your work.
I wanna show you something that might be interesting for the people using this quadcopter, specially outside. It's an iPad Anti-Glare screen protector. From the minute 2:47 starts a review of it. Here you have the link http://www.youtube.com/watch?v=ChY3Y2OkWQc

Great Job guys!
Log In to reply
bentfork on May 15, 2014
This looks like a great quad and easy to fly. I have an app on my android tablet that has mode 2 setup. Speaking of Android did they say they were going to port this to an Android deice at a later time? With the quad and the ipad if you do not have one it could cost $600+. Cool quad though - looks easy to fly.
Log In to reply
bestuavdrones24 on September 8, 2014
The dji phantom 2 quadcopter is one hell of a title but then this is one hell of a machine, note machine NOT toy. It is, however, a machine with built-in fun. My experience is somewhat limited but I belong to a small group and what I am learning from them is amazing. I have... Read More
http://bestuavdrones.com
Log In to reply