The MSComposit Swift 2 was my third plane. Before I have flown the AXN Floater Jet and the Kinetic 800. But the real fun begun with the Swift 2. A nice guy nicknamed Burg from the Flitetest forums kindly suggested me the setup, which worked very good.

Where to buy the MSComposit Swift 2? Just to be clear, you can’t buy the Swift 2 RTF. You have to buy the electronics and foam separate. I bought the foam pieces from my local shop, check at yours, they probably have it, or they can order it for you. There is a wide variety of designs available. If you are from Europe, check www.der-schweighofer.at and www.lindinger.at, they both have them and ship Europewide.

After getting the Swift 2, I went on to buy the setup. This is what Burg recommended for me:

This is all what you need. I also bought a carbon fiber rod, I think it was 3 mm and glued it into the Swift 2, so its less flexible and therefore more maneuverable. The build is quite straightforward, just follow the manual that comes with the Swift 2. The Swift 2 is made out of EPP, to which tape and sticker don’t stick very well. To glue the wing halves together I used hot glue, but you can go with CA glue with kicker as described in the manual.

After gluing the wing halves together you can proceed with glueing in the carbon spar. I used 50cm long, and cut out the foam so the spar fits in nicely. To cut the foam I recommend you the X-BLADE Precision knife with spare blades. Cuts the foam like butter. When you cut out the line for the carbon spar, you will see that there is a gap in the center of the wing, between the wing and the spar. No worries, just apply some hot glue in the middle, and push the spar to the wings and hold until the hot glue becomes cold glue.

Leave the wing ends for the end, they would only be in your way when installing electronics. 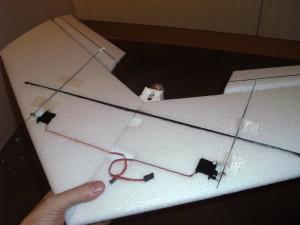 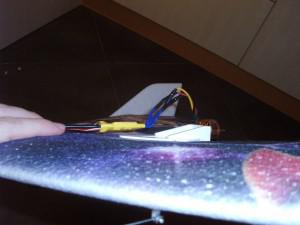 Now for the electronics. The motor comes with all the hardware needed and it fits on the motor mount perfectly. You may have to adjust the motor mount for the screws to go through, or you can replace the screws with longer ones. I mounted the ESC on top, on the end of the motor mount, which is velcro mounted and is used to perfect the CG. The battery on top, so it is protected. I managed to cut almost through the wing, so the Turnigy nano-tech 1000mAh battery is almost perfectly aligned with the wing (less drag). 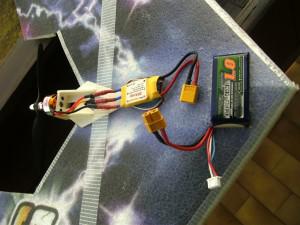 On the botttom, I fitted the two servos and the radio receiver. There are some people who like the servos on top, so they dont rip the gears or arms, but I personaly think it looks funny. But yeah, its probably a better idea to mount them on top, specially if you have plastic gears. I added two security skids, so the servo arms are a little bit more protected. 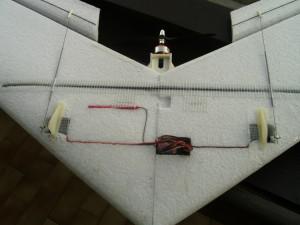 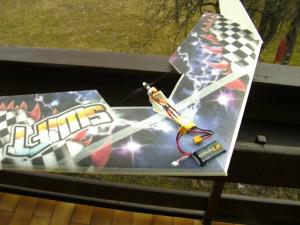 So, now the flying. I bought this wing specaly for windy days, as I read that these wings penetrate the wing very good. So I packed my balls and went out to maiden it on a fairly windy day. The Swift 2 flew like a dream. It is a blast flying this wing, not to mention it is incredibly durable. I had some confrontations with trees, fences, pavements and it still looks and flies as the first day. 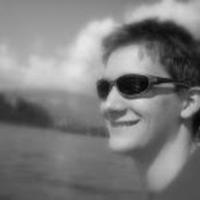