I want to hang my GoPro below the battery tray of my tricopter using a dampening mount. In order to do that, I needed more ground clearence than that provided by the FPVManuals landing gears and copies I was using. Then I found and ordered these cheap "Extended Landing Skid Set for SK450 Quadcopter Frame" from HobbyKing:

When I received them, I bolted them all (8 pieces) together and drilled some extra holes for the tiewraps using a bench drill. If you don't have one, then you'll have to find someone who does because hand drilling is too inaccurate. Then I cut the top and bottom parts off, filed the edges smooth, and voila: new lighweight and good looking landing gear. Much lighter than the delrin landing gear (as can be seen in the tricopter on the right). 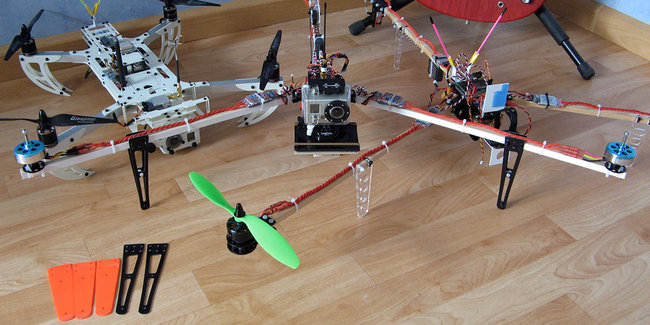 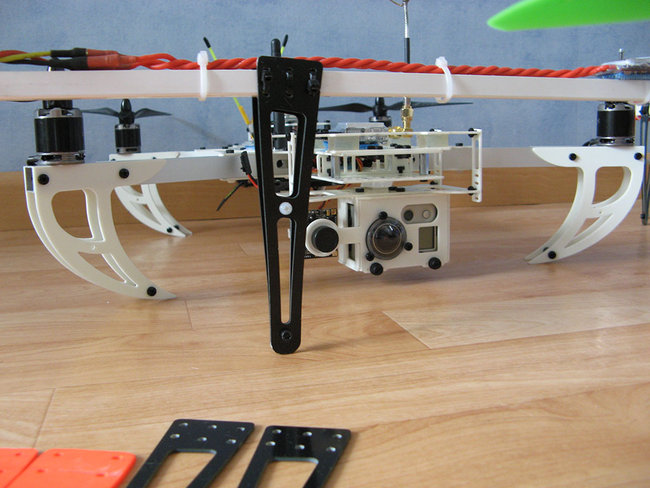 The new landing gear is sturdy too since it consists of 2 parts clamped to each arm, and bolted using a short metal bolt at the bottom and a nylon spacer in the middel. B.t.w. that camera mount on the quadcopter in the background is going to be used on my tricopter.

It's important that the 6 tiewrap holes are drilled in such a way that the leg is be mounted perpendicular to the tricopter arm. It shouldn't be mounted at an slanted angle otherwise too much unnecessary stress will be put on the tiewraps.

avzaid on February 16, 2013
I really like the GoPro mount in the Background, where can I get it please, B.t.w. very nice fleet.
Log In to reply
turdsurfer on February 17, 2013
It's from http://www.eyefly.info/ in Germany. It works well b.t.w., I get smooth full-HD video using it. That's why I'm using longer tricopter legs: so that I can use that mount (or something similar) on my tricopter too.
Log In to reply
Adib Vahedi on February 16, 2013
woow nice helis and you have quite a bit of gopros! 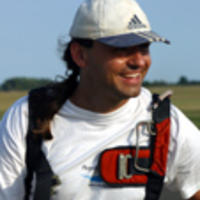