by FliteTest | January 1, 2012 | (11) Posted in Tips
In this episode we dive into an old Futaba 72mHz transmitter to give it new life! Watch as Josh, Josh and David summarize what it takes to do this.

Afterwards, if you feel motivated, you can dig out your old transmitter to start hacking, drilling, and soldering with David's how-to tutorial below. And if you're still looking for more, we added a link to Paul Bitmatta's step-by-step video below that!

Guide Written By: David Windestal: Got an old 72MHz radio laying around not being used? Or your looking to have a system with cheaper receivers? Then you've come to the right place. You can with easily and inexpensively replace or add another 2.4ghz system to your radio. In this guide we are going to add a FrSky DHT 8ch DIY Telemetry Compatible Transmitter Module to a Futaba 7C 72Mhz radio. 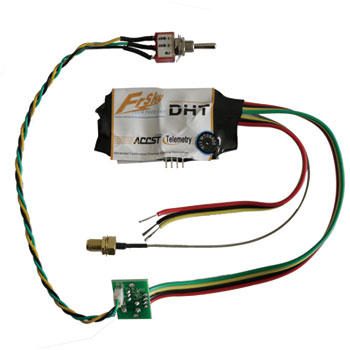 We're also going to make it possible to toggle between the 72MHz and 2.4GHz modules with the flip of a switch. No need to throw out those excellent 72MHz receivers to use 2.4GHz. First I took of the back cover and drilled two holes, one for the 2.4GHz antenna and one for the 72MHz/2.4GHz toggle switch, in the top of the case. 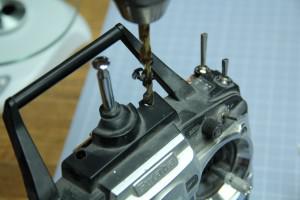 Next I drilled a hole for the in the back cover into the battery compartment. 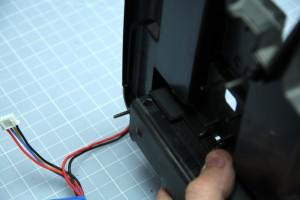 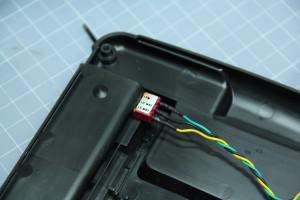 I wanted this switch easily accessible but yet protected, hence the placement inside of the battery compartment. 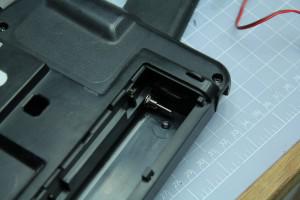 The module also comes with a bind button and indication LED. I decided to place these in the battery compartment as well. 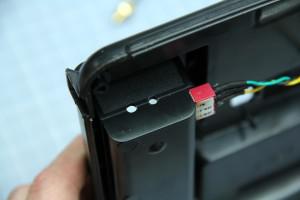 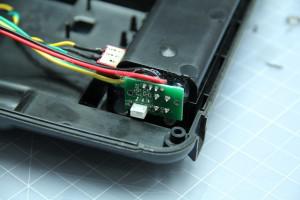 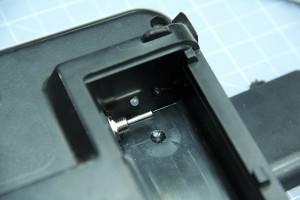 Now it's time for the electrical bit. You need to find out where the PPM output is in your transmitter. If you have no idea what I'm talking about search for mr Google for "PPM hack module '+your transmitter'" and you should be able to find it.

In nearly all transmitters the transmitter module is separate from the main transmitter PCB. One of the cables between those two PCB's is the PPM signal wire.   In the Futaba 7C these three wires are VCC, GND and PPM: 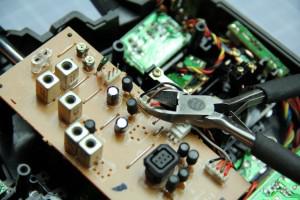 For some odd reason futaba doesn't like to follow the standard coloring code for wires, so VCC is brown, GND is red and PPM is black. The FrSky module follows the standard though and has VCC as red, GND as black and PPM as yellow.

To switch between the 72MHz module and the FrSky 2.4GHz module I added a simple 2 way switch. All it does is shifts the VCC (+) between the two modules. This way only one module is powered up at any given time, which saves battery and decreases the chance for interference.   Here is a simple wiring diagram: 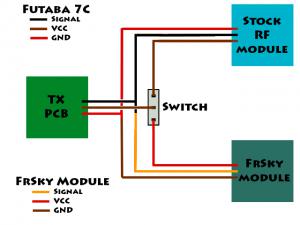 All cables soldered up. 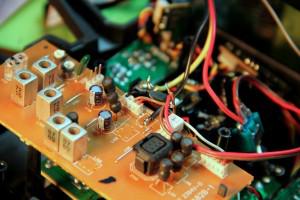 Always insulate you exposed ends of cables! Use heat-shrink if you have any. 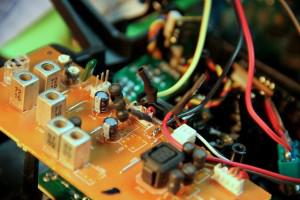 Antenna and toggle switch installed in the top of the case. 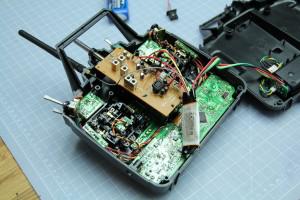 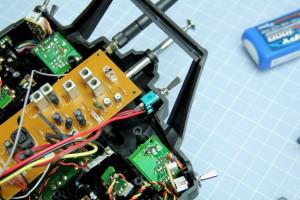 Find a good place to install the FrSky module. In the 7C there is plenty of space underneath the 72MHz antenna. I simply used double sided sticky tape to hold it in place. 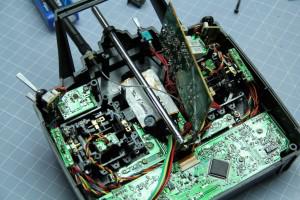 Reassemble the transmitter and you're done! 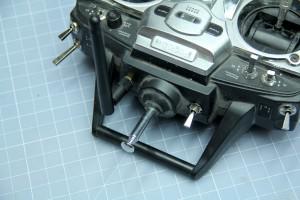 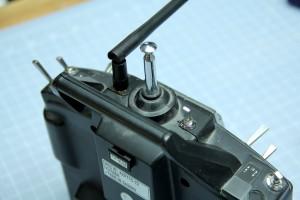 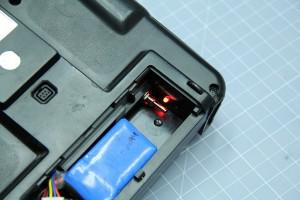 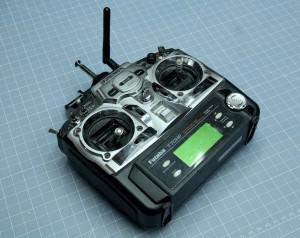 Now you can use both your old 72MHz receivers and your new 2.4GHz FrSky receivers without having to buy a new expensive radio. The FrSky system is a frequency hopping system and very resilient to interference. The range is excellent. The receivers have excellent low voltage performance.

Reboot time is really fast. The fail-safe is easy to set. It's easy to bind and the link-up is really quick. And on top of all that it's a really cheap system! If you're looking for a good cheap system this is the one to get.

Additional video provided by: Paul Bitmatta AKA: bmsweb (Flite Test Forum Member)... This is a quick run down on installing the a FrSky Module upgrade for the Turnigy 9x Radio. This kit also works with 2-way telemetry Receivers. The main reason for this upgrade is longer range, reliability and RSSI ideal for FPV applications. http://www.hobbyking.com/hobbyking/store/uh_viewitem.asp?idproduct=17205&aff=460671

elvenpure on June 20, 2012
hey flitetest.
i have this exact radio and so im looking to doing this.
problem is i cant quite see from the pics exactly what has been done.
when i bought my t7chp somebody had already modded it with a switch to fly with 72mhz and when switched, a 433 ezuhf. i use the uhf and would like to change the 72 too 2.4
would you be able to help me at all because i dont quite understand how he has done it.
many thanks.
Log In to reply

I added a switch to have 2.4 and also stock 72mhz module options in my FUTABA 7CAP radio. Frsky works perfect I think, but now wanted to try some old models in 72Mhz, and servos jitters and range is crap!!!! what can I do to correct my problems? what should i pay attention to (soldering, routing cables, the frsky is located inside the radio underneath the stock 72mhz module)

thanks in advance!
Log In to reply
Frosty0_0 on April 12, 2013
What did you guys get for a range test with that DIY FrSky Kit?
Log In to reply
Frosty0_0 on April 26, 2013
Im done with the soldering and got everything packaged away now Im at the point of my Ni-CD battery on my Futaba T6xas running out. I do have a 20C 1300 mAh battery I wanted to try. Can I stick that in there, so I can get up and flying today? Do you think this will work or is the C rating to high? If not should I just splice the lines or will I fry everything by giving tooo much power?

Log In to reply
llebreknit1 on March 6, 2015
If you guys could do this for the same radio, 72mhz Futaba 7CAP with the Spektrum DM8 module that would be stinking awesome!!!!
Log In to reply
enerjezer on April 9, 2015
Can I use this upgrade on fp t8uaf??? Fr sky
Log In to reply
euro58 on January 21, 2022
FrSky DHT 8ch DIY Telemetry Compatible Transmitter Module to a Futaba 7C 72Mhz radio. Where I can buy this module in 2022.
I have old Futaba radio T7CAP and want to convert to FrSKY 2.4GhZ . Is anybody knows where to buy this this days and what is compatible ????
Log In to reply