Many of you may already know that our "resident scientist" Peter Sripol left Flite Test a couple months ago to help out his family’s Thai restaurant in Dayton, Ohio. It must have not been an easy decision to make, but if you know anything about Peter, it’s that he loves anything RC. During his time at Flite Test, Peter was drawn to projects that were wacky, crazy and fun: the Avengers Heli Carrier, the Star Destroyer, and countless others. Recently Peter decided to start up his own YouTube channel based around DIY projects in his down time while he’s not at work. So far he has released 14 videos and has totaled around 52,000 views.

One of our favorite projects has to be the Javelin Guided Missile project. The goal was to create a Javelin Guided Missile that could launch a projectile that could be then flown RC when deployed.  The project has been released as three different videos with Peter going through what many would call the "scientific method." It is a great behind the scenes look at an engineer’s design method.

I am always reminded of the statement, especially in science, "that failure is always an option."

The mission of the first prototype of the Javelin Guided Missile was to get the device into a bare bones form to see what the flight characteristics would be or if it was even flyable. This began with Peter designing the prototype in AutoCAD and transferring the files into a laser cut program to be cut. The prototype was made primarily from foam board pieces and is a pusher style aircraft. In the simplest terms, the aircraft is a 3 channel RC airplane. 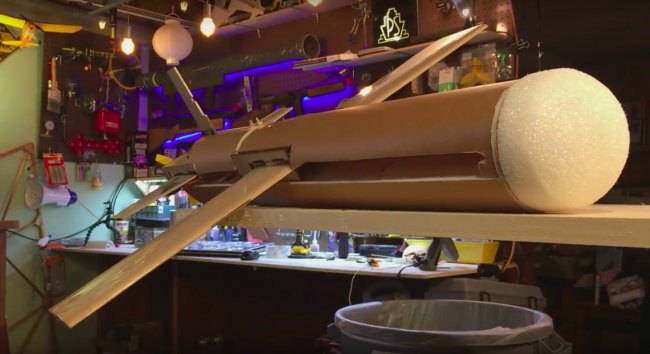 The maiden flight turned out to be a failure. It was very hard to control when turning in different directions, and it flew really heavy. Peter's solution to this issue was to increase the elevon throw, add balsa wood to the overall aircraft and make the wings longer. He also changed the mechanism of the wing to a two-piece wing that swivels outwards and folds out 90 degrees to the fuselage. The mechanism that was used to have the wing expand outwards is made from a balsa wood design cut from the laser cutter. 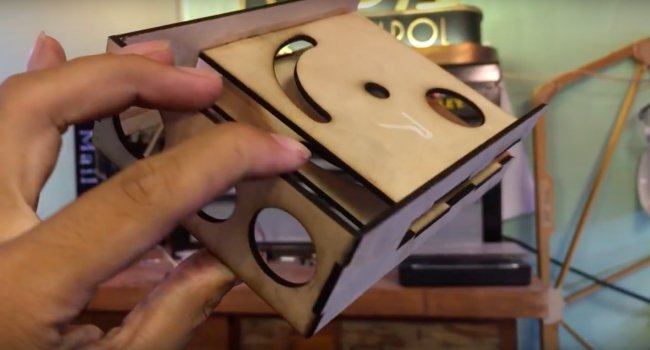 The next step is to fold the plane into a 5” PVC pipe to be launched from a DIY style rocket launcher. Please stay tuned for Part 2.  You can subscribe to Peter's Youtube channel here 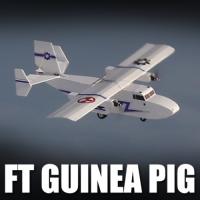 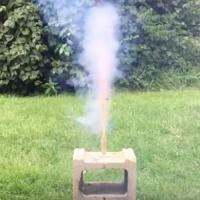 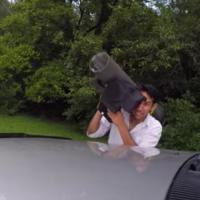 Besides, you aren't intending to use this as a guided or ballistic weapon. Maybe don't give it a name that would indicate as such.
Log In to reply
kwak on October 9, 2016
Interesting concept. I'm looking forward to seeing your fully developed idea. But be careful of the unknowing passerby. In this day and age they might call the police about "suspicious activity".
Log In to reply