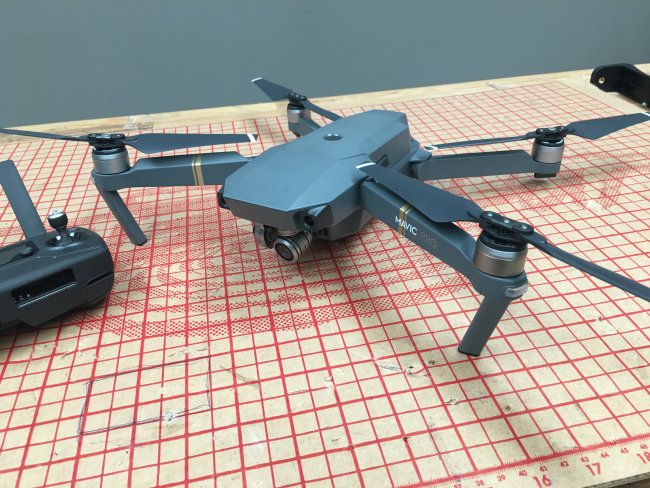 The striking thing about the Mavic is that it’s small… really small.
It fits on a third of a piece of paper.

The Phantom 4 was a great refinement for DJI's entry-level aerial photography line.

However it has some disadvantages – the biggest of which is it’s travel size (certainly not a unique problem in the drone market).  But the biggest complaint I heard about the Phantom 4 was that though it was a good refinement, there weren’t any killer features that justified the price increase over the Phantom 3... especially when it launched at $1,399.

Just from what I’ve seen so far, I don’t know why anyone would buy a Phantom 4 with the release of the Mavic.
You will be able to Pre-Order the Mavic Pro today and you will be able to pick it up in store in mid-October. It starts at $749 without the RC controller (phone based OcuSync) and with a controller for $999.

But before I get too carried away... let's look at the new features: 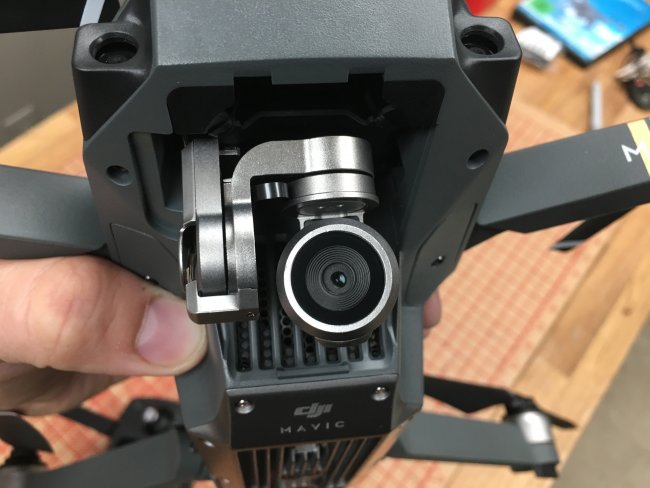 I was really impressed that in this form factor – DJI stayed committed to 3 axis gimbal stabilization where most drones that are even close to that form factor (Yuneec Breeze, Parrot Bebop 2) rely on digital stabilization. Typically these smaller drones are shooting a 4k image but then cropping a more stable 1080p image from the middle.

However DJI has stuck with what they are good at... small, capable and gimbal stablized cameras. The camera shoots 4K/30fps and 1080p/96fps.  It also shoots 12 megapixel stills with 8 second max exposures.

The DJI Mavic Pro advertises that it will be the highest quality drone vision system that you can carry in a purse, book bag, or even large pocket. Without testing it's hard to agree but it looks promising. 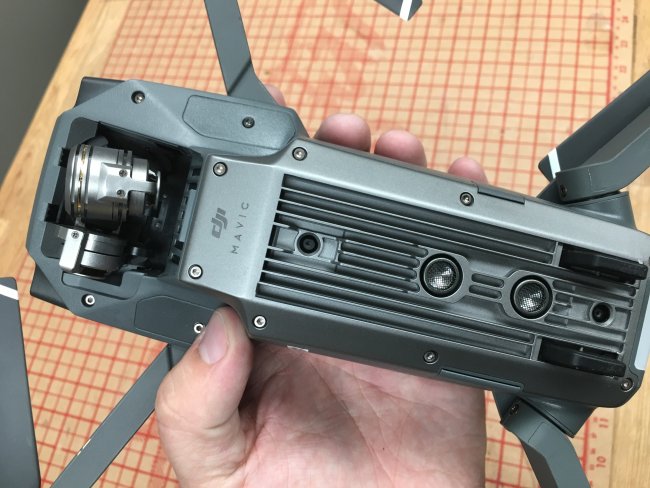 It looks like the Mavic has the seamless user experience that we have come to love with DJI products with lots of new flight modes and a new transmission system called OcuSync which allows for a 1080p downlink over WiFi for an alleged 7km.

Gesture control is a neat feature that I haven't seen with some of the other smaller personal drones that have been released. There are gestures for “follow me”, “take a picture” and presumably more. This is all made possible by digital image tracking that was introduced with the Phantom 4. 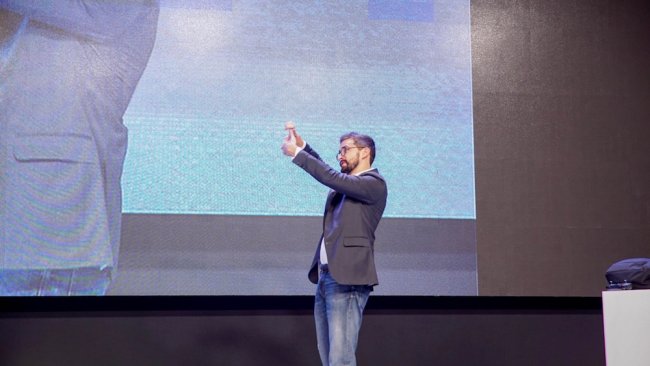 In an extremely small form factor it has both GPS and visual positioning. According to DJI's website it uses "5 cameras, GPS & GLONASS, 2 ultrasonic range finders, and 24 computing cores". It also uses video footage from it’s take off point to precisely coordinate it’s return to home within centimeters. Mavic also has a new terrain following system so it knows not only it’s altitude but it’s variable height as terrain changes.

Active tracking is still a continued feature from the Phantom 4. It uses computer vision to keep the entire subject framed. You can use features like “trace (follow me), profile (follows alongside) and spotlight (similar to point of interest mode).

Tripod mode is a new mode for DJI products and it's basically a very docile handling mode designed for indoor use. Which to me personally is still a little scary, but to each his own. 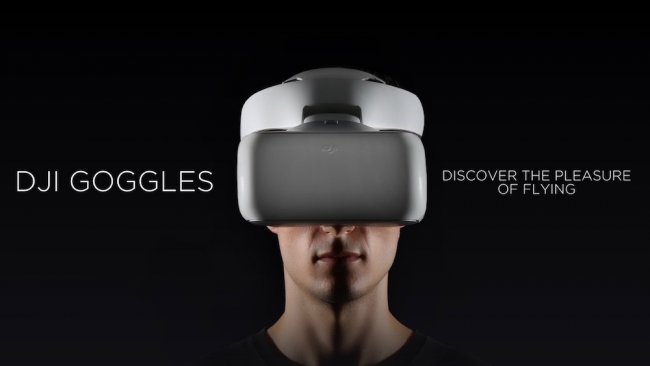 Also using OcuSync technology - DJI is launching a new goggle headset (long overdue). OcuSync is the new transmission system DJI has developed for the Mavic and for this new headset which supposedly allows for 1080p downlink with over 4 miles of range. The goggles also feature two full HD 1080p screens.
My guess is that for that resolution and that range, there is going to be some serious latency... but we shall see.

Overall the Mavic Pro seems really interesting. I'm impressed with everything DJI was able to get into this particular form factor. Features such as 27 minutes of flight time, 40 mph, gesture control, OcuSync and the DJI Goggles are all things I intend to test hands on over the next couple of days. 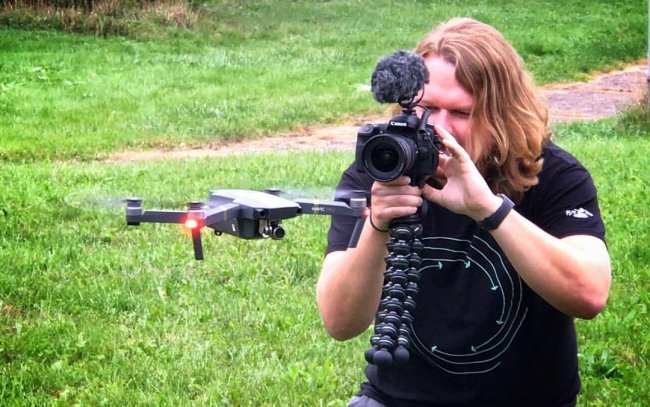 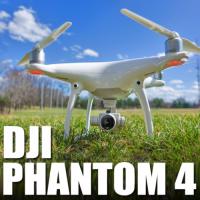 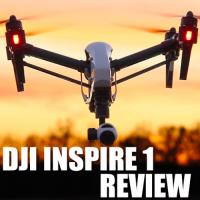 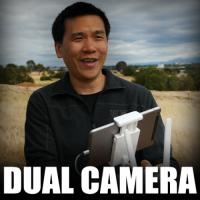 NoobRC on September 27, 2016
dang... I kinda sorta really seriously want one of those...
Log In to reply
BrOverlord on September 27, 2016
DJI is really stepping up their game with this one. You would be hard pressed to build a similar AP rig at this price.
Log In to reply
udo789 on September 27, 2016
Decisions, decisions, decisions. What to buy, the DJI Mavic or the GoPro Karma?
Log In to reply
The-One-Who-Never-Crashes on October 2, 2016
I'd go for the Mavic. DJI has a long history of creating excellent AP platforms, while the Karma is a first for GoPro.
Log In to reply
damouav on September 28, 2016
Bad Karma for GoPro I bet. Was looking at the 3DR Solo, not any longer.
Log In to reply
Battershell on September 28, 2016
Why would anyone want a DJI Phantom 4 from the same company, if this is available for this low of a price? Do you think they are going to drop the price of the rest of the line in comparison?
Log In to reply
thomasbaxter5 on September 29, 2016
I bought a Phantom 3 Advanced around 8 months ago and have been very happy with it. When I saw this I was VERY impressed - at last a quad that does everything and fits neatly in your back pack. I think they now own this market (automated drones). The GoPro Karma can only compete with this if they are prepared to halve its price. The other issue I see as 'Battershell' above points out, is what will they do with the other Phantom/Inspire range of quads??. This Mavic outperforms all the Phantoms and eats into the Inspire market. I cannot see anybody buying a Phantom or Inspire now.....maybe they have inadvertently killed off their other drones?
Log In to reply
flying-coqui on September 30, 2016
I want to see a comparison head to head of the mavic with the phantom 4
Log In to reply
danex on September 30, 2016
Hey,

Coquí!
Log In to reply
Burnce on October 24, 2016
I wonder if anyone has tried this with a lightning digital AV Adapter and some Dominator V3s. Now that would be cool!
Log In to reply
Doombuggy on March 8, 2017
That doesn't work, what i did get to work tho

the nvidia shield tablet has hdmi out native and will mirror, i use the tablet and hdmi to my Fatshark HD3's!!
Log In to reply