I decided to make things interesting with Saturday afternoon combat at Flite Fest....the result was fun, effect, and so fast only few noticed.

Since the Nuball is a better aircraft for taking hits than giving them, I decided to make a modification to mine to up my odds of taking out another aircraft.

So for Saturday combat, I fashioned an anchor out of popsicle sticks, and tied this onto 20ft of line, with the rest hard-tied to my Nubtall. The anchor and string was layed out on the ground and pulled into the air behind once the Nutball was launched. Come time for combat this resulted in my Nutball getting stuck on Cargo Bob for a comical 20 seconds or so, flailing around behind Bob before the string broke, and my Nutball with a broken prop fell to the ground. Not ideal stopping power for taking on a Mega-Build, but fun!

My first combat with this setup worked great. I caught a Hobbyzone Supercub, and kept going as the Cub was arrested out of the air, and gently lowered to the ground. The only damage to the cub was a 1" cut where the string caught the vertical stabilizer.

Round two of my anchor system also worked good, but not great for me. I caught a Parkzone T-28 who was unwittingly parachuted out of combat, however for some reason I was not able to recover after the parachute yanked out, possibly due to a broken propeller from the sudden jerk, or hitting another aircraft while recovering.  The only damage to the T-28 appeared to be a 1" cut in the leading edge of the wing.

Conclusion - GOOD FUN! I took out two planes more than twice my weight and this could probaly even take out a mega-build if it caught near a wingtip or used a larger chute.

I would love to see a tiny airplane with an anchor parachute take out a mega-build, either in a future combat, or maybe a Flite Test just for fun episode! 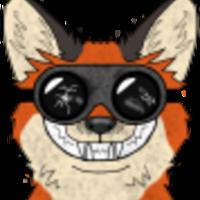