Hi, this article is about the features I developped to make the Scout XL more convinient for travel or fitting in smaller cars. It allowed me to bring the xl scout, along with 10 other plane, in my VW golf to Flitefest 2022.  Here is a list of the main modifications I did. 3d printer and Carbon Fiber rods are required

I assembled the fuselage side and top pieces and Put the bottom section on hold for later. I then cutted the fuselage between the stab and the turtle deck, 28 inches from the very front of the plane. Glued some pieces of foam inside the fuselage (not the tail part) and added a 1 bulkhead on each side of the joint to create some support for the tail to slide on. These support take most of the load from the tail, are pressure fit and only requires a few pieces of tape to assemble/disassemble. 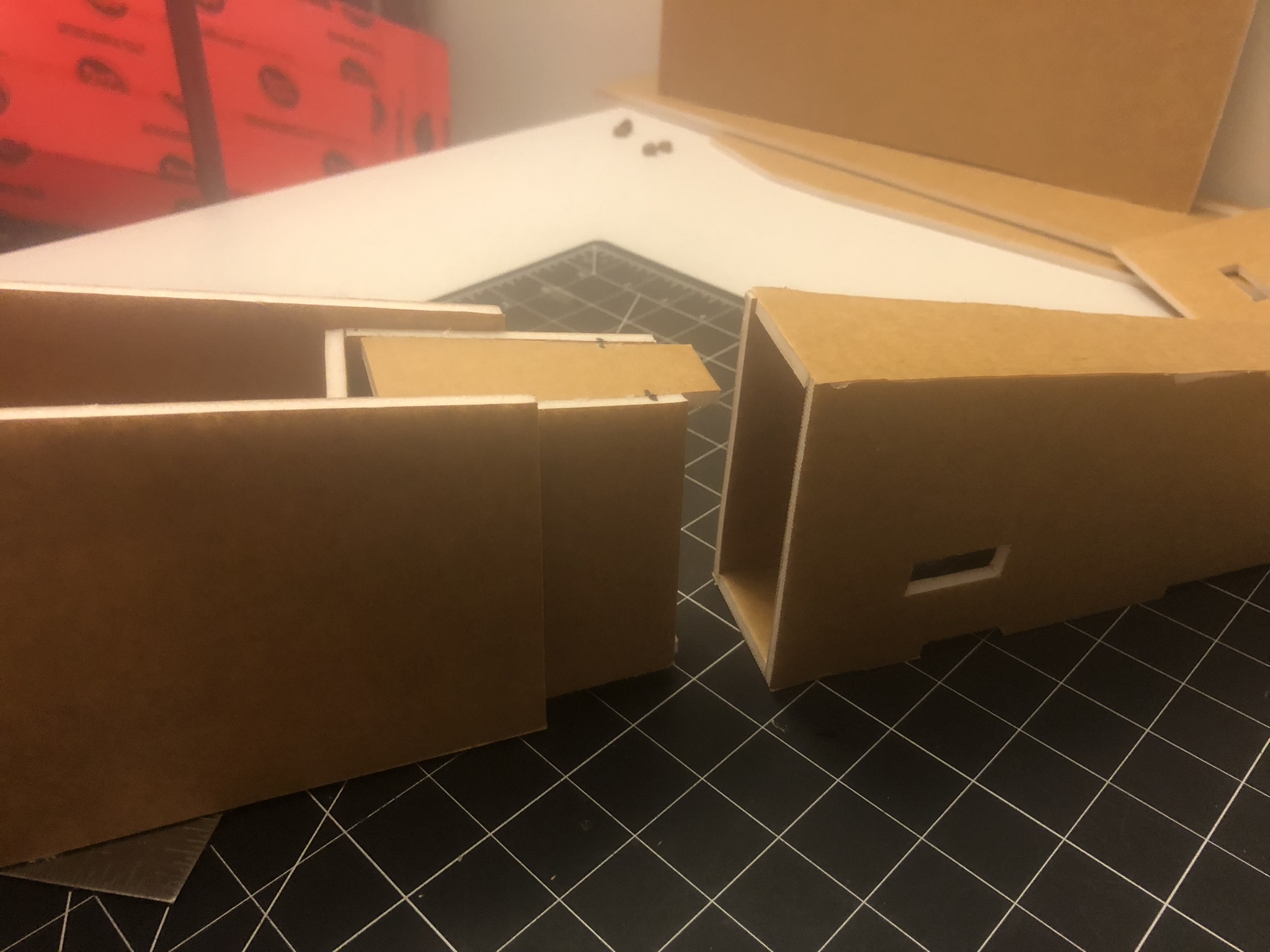 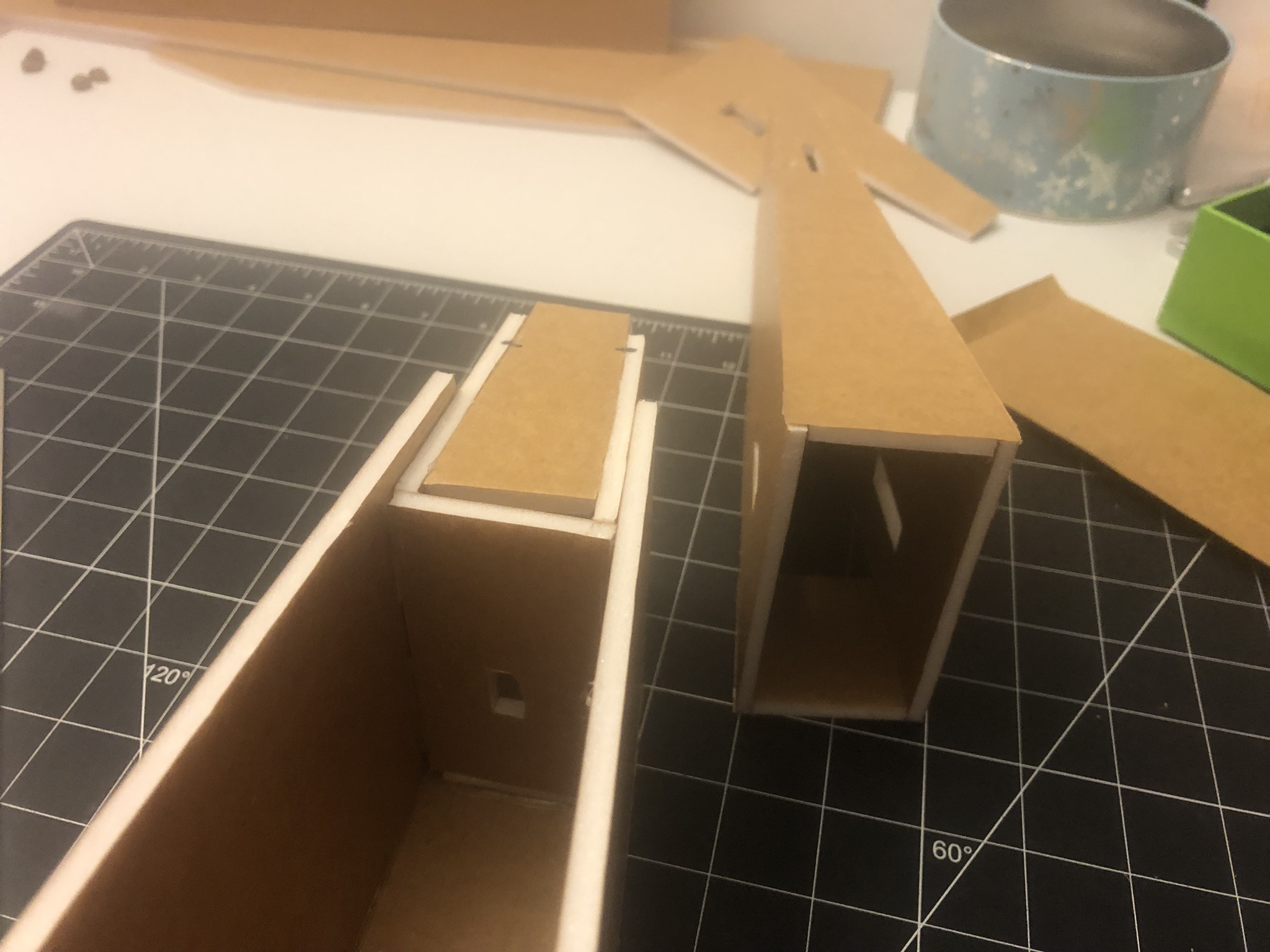 I designed some sliders that allow for quick removal of the vertical stabilizer in a 2 step process.

Step 1 is to glue two M1h 30x60 in line with the middle of the horizontal stab (junction between vert and hori stab) and add the B1FB clip to the bottom of the vertical stab. You wil need to cut a recess in the bottom of vert stab so that the fb clip end up flush witht he bottom of the stab. This will make it look beter and reduce the gap between the two surfaces. 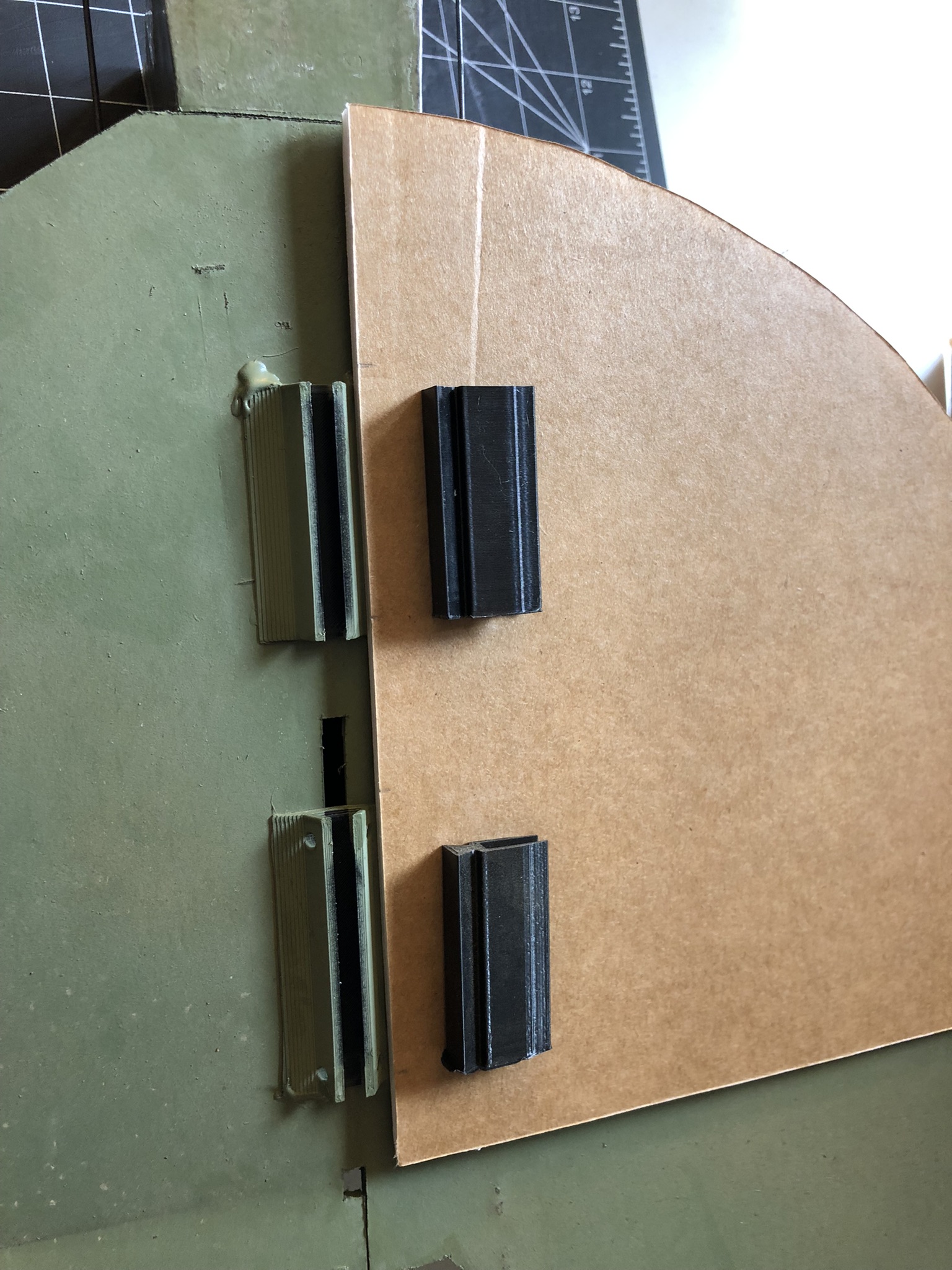 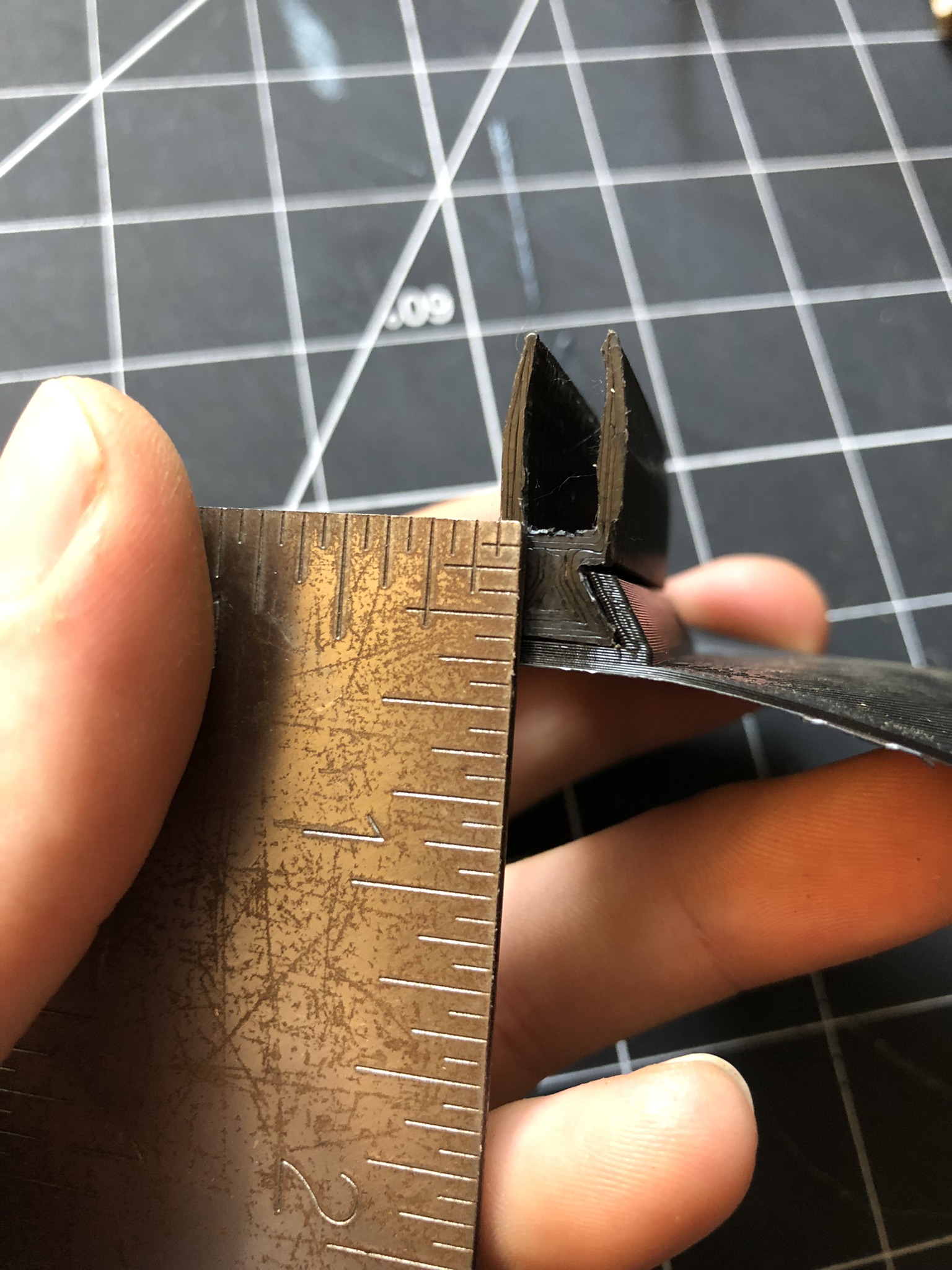 Step 2 is to use the hinges and bbq skewer as a moving surface joint, instead of the usual paper/hot glue/tape hinge. Glue the small hing piece at the back of the tail assembly (bottom), on the back of vertical stab piece, and onthe front of the rudder (moving surface). Add the large hinge with the control horn to the rudder’s bottom and use a bbq skewer to act as a hinge pin.  bbq horn hinge .stl    bbq wing hinge .stl 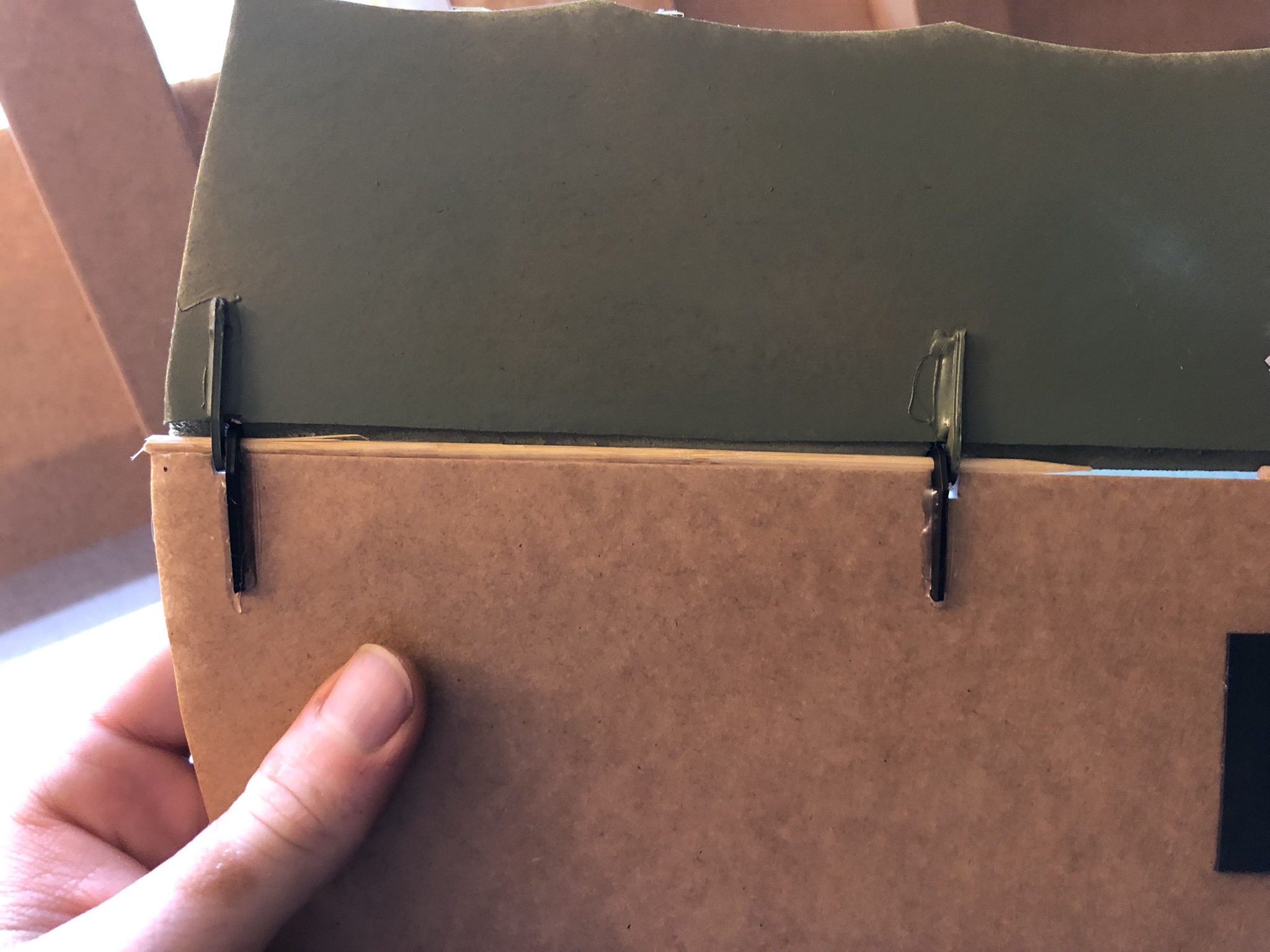 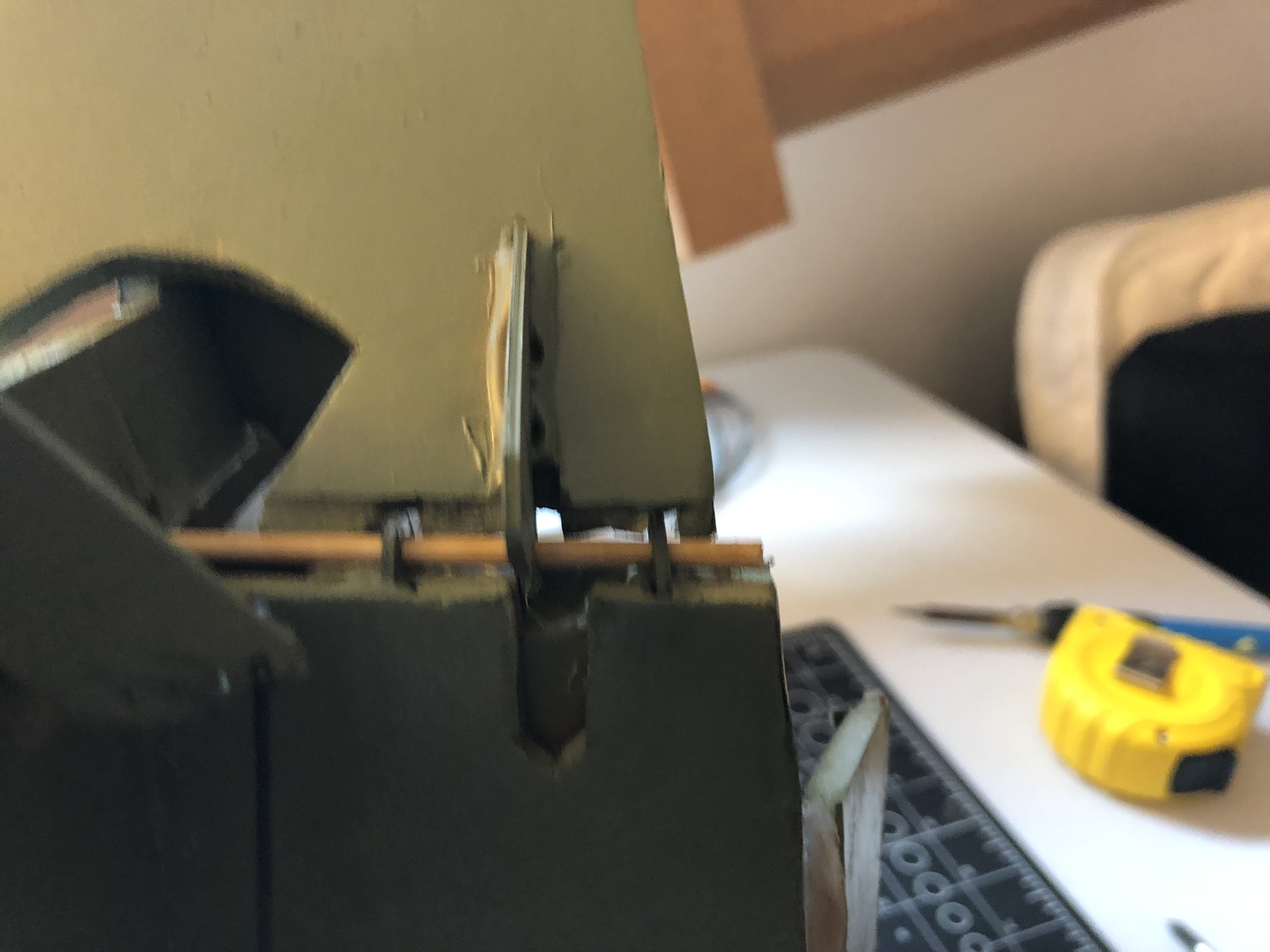 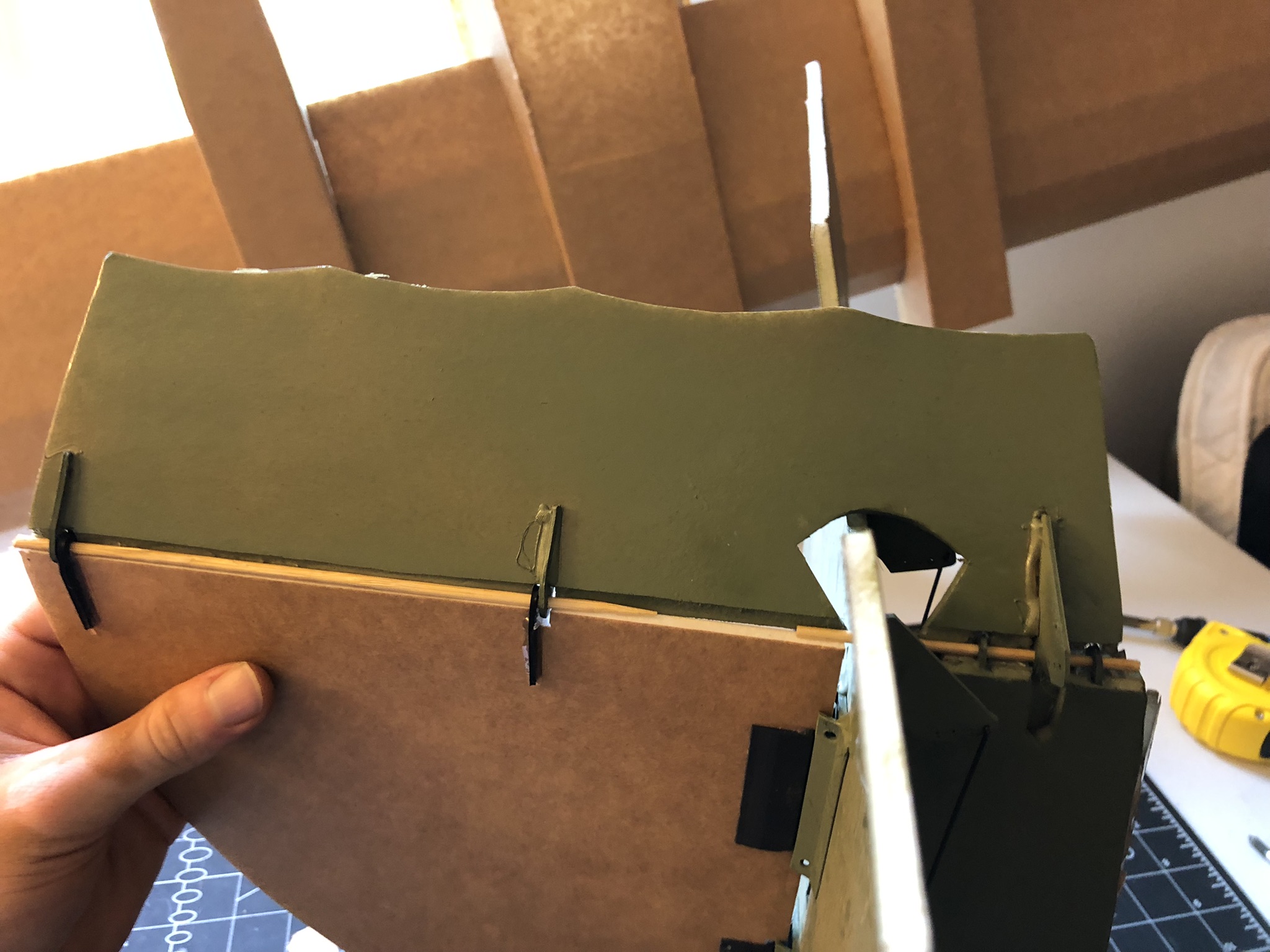 Now that the fuselage and tail is done, its time to assemble the wings. Tape each front and back foam board sections of the wings together at the leading edge where the fold will be, so that the tape ends up outside. Glue the foam spar in place and the trailling edge fold. Cut the wing and spar from front to back where the inboard aileron ends,. *This should be roughly 4 inches from the wing root * 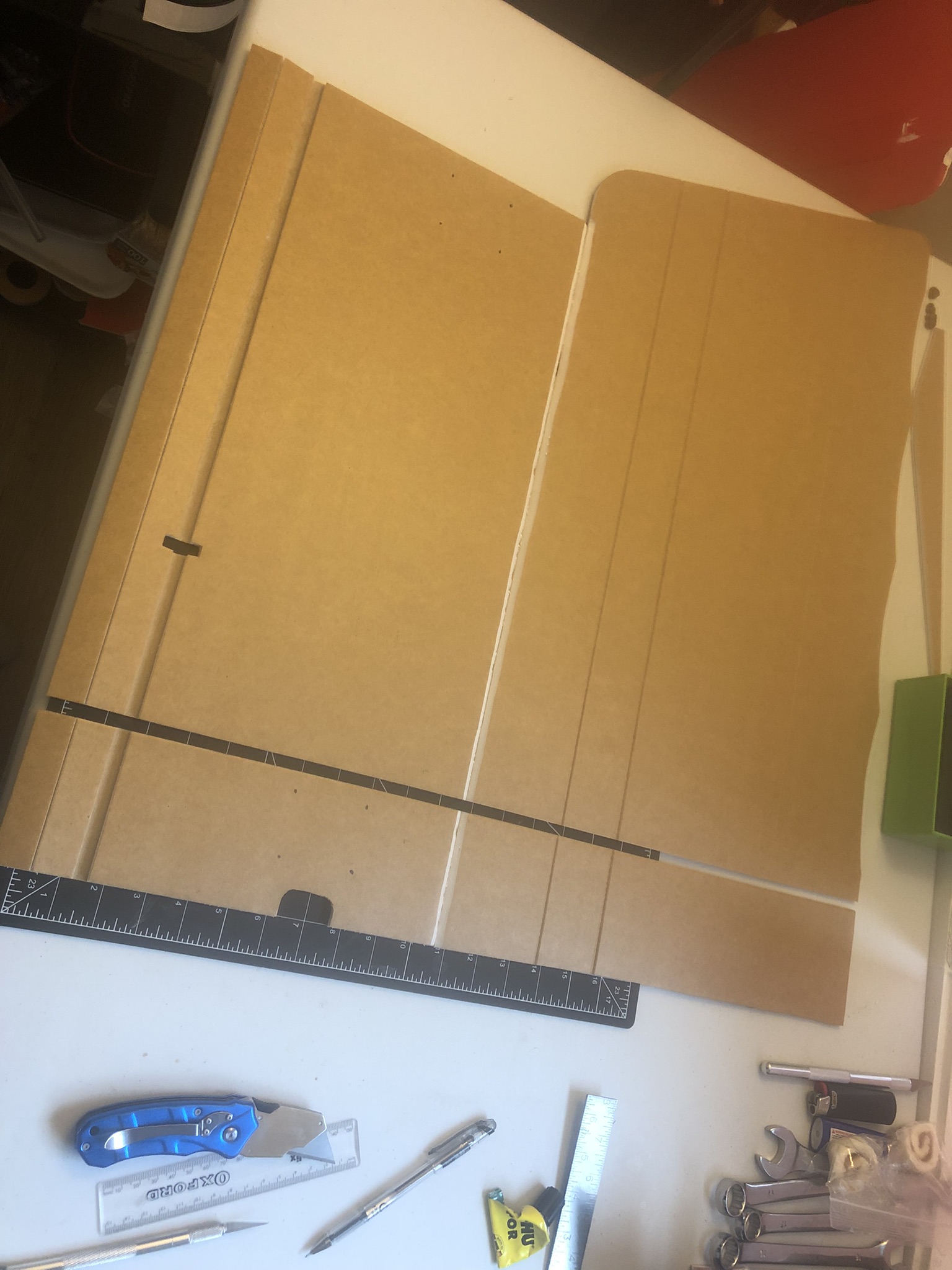 We should now have 4 pieces total, 2 outboard wing (including ailerons) and 2 inboard wing(rectangles) that are not yet folded into a wing shape.

Center piece: Start by taping the bottom of the 2 center pieces together, trim the foam spar to allow for dihedral (use mid joint as angle reference). Glue the front middle joint inside the foam spar and glue the back mid joint resting on the folded trailling edge (the 1/2 inch large strip that was folded and glued. Finally fold the top part of the wing as you would normally do and glue it while making sure they arent extending (crooked) where they meet with the wing. I made the holes 8mm large to fit a 8mm rod that had a 6mm inner diameter. that way the wing (6mm) cf slide easily and it makes the part stronger. you can glue the bigger CF sleeve anytime. I will later edit the article and add various size of hole opening (to accept various CF diameter) 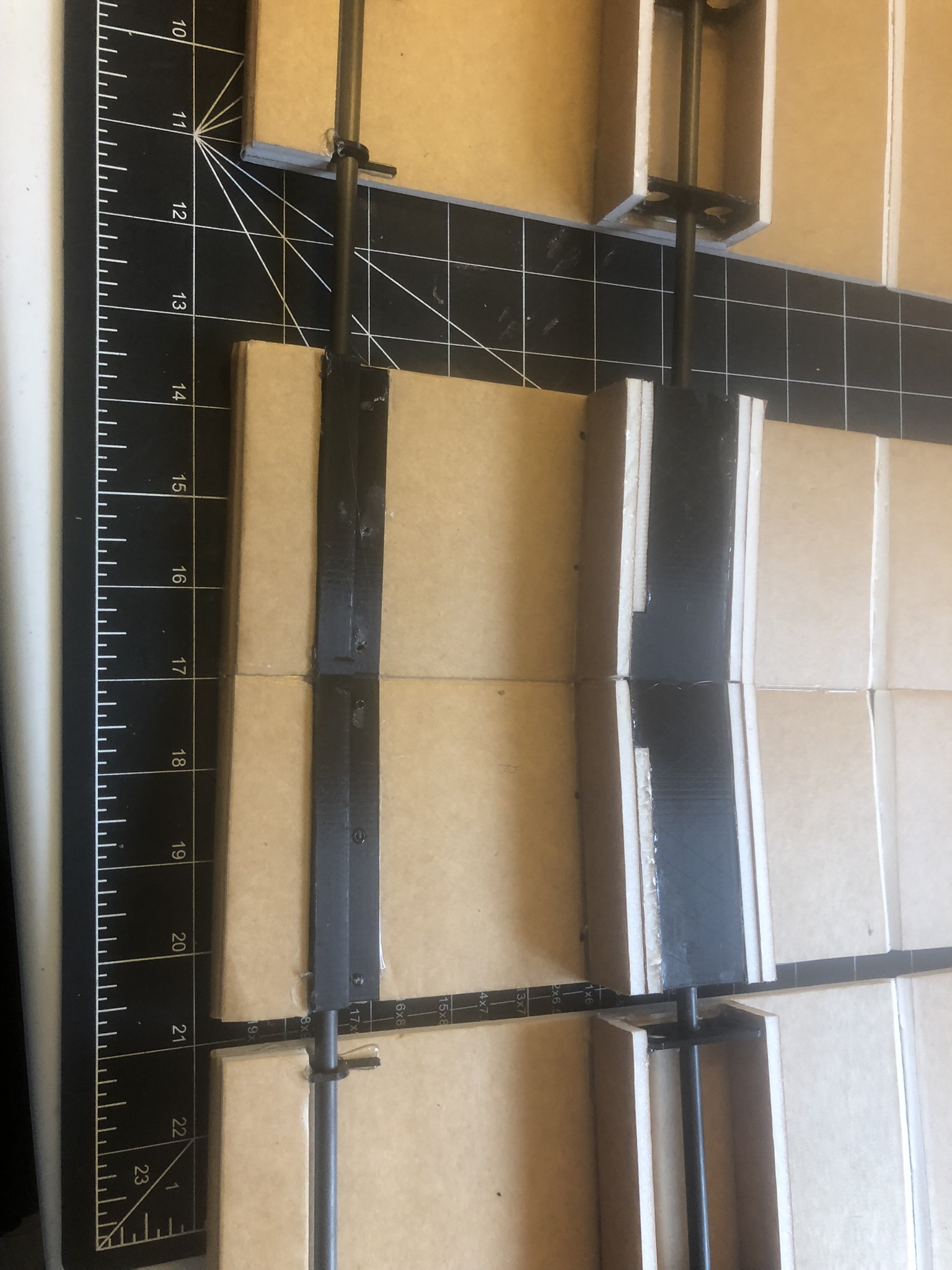 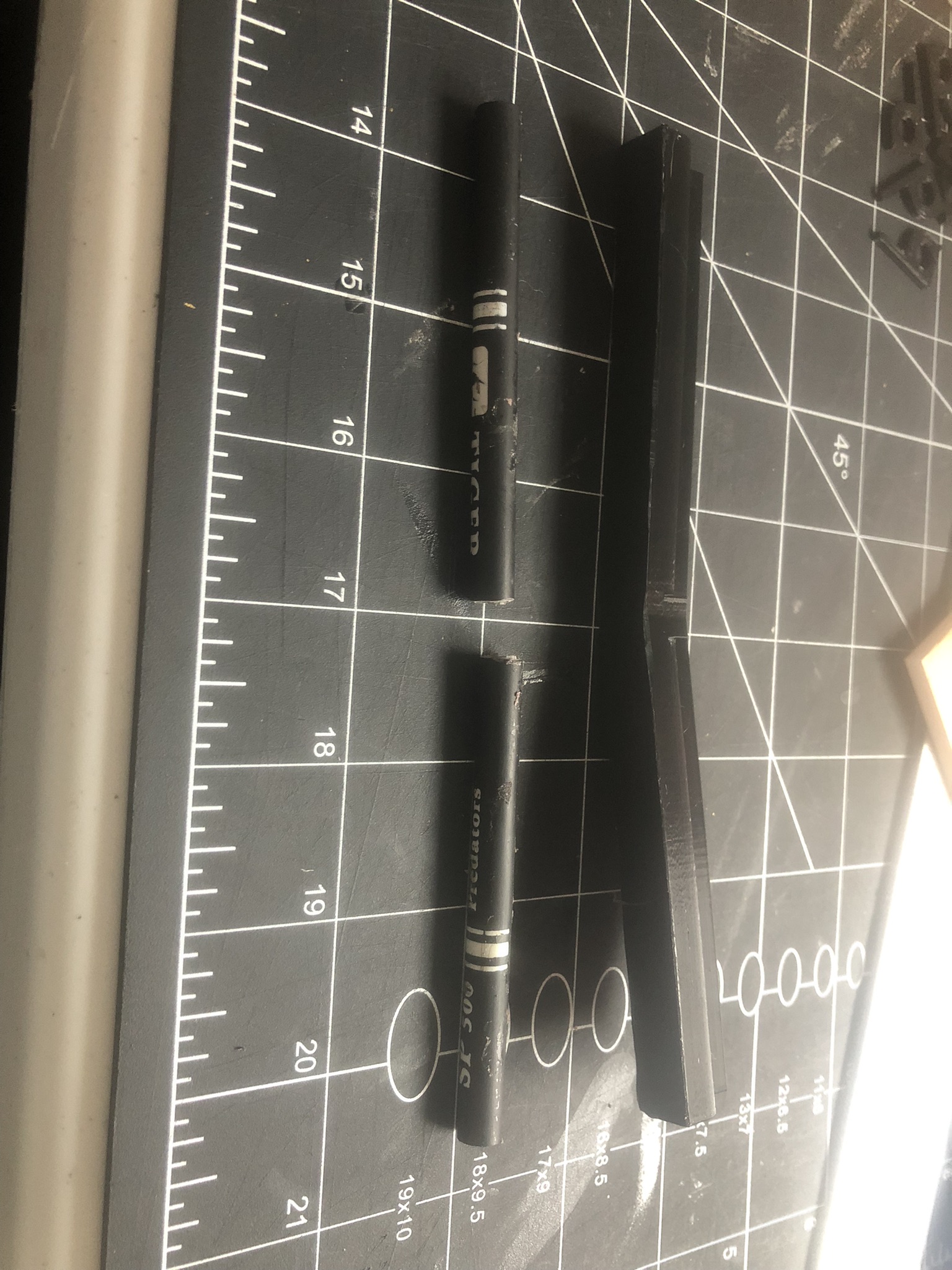 Wing piece: insert the wing front former instide the foam spar as far as required, depending on your cf lenght. I used 5 formers and my cf is 13inches into the wing and 2inched extending inboard (to slide in kid piece). Do the same with the back former by resting them (square side backward) on the folded lower trailling edge. For allignement Purposes, I suggest that you fit both CF tubes in the middle portion (built previously) ,add the formers and then glue the formers. that way, they will naturally rest exactly aligned and make it smoother to slide in later. 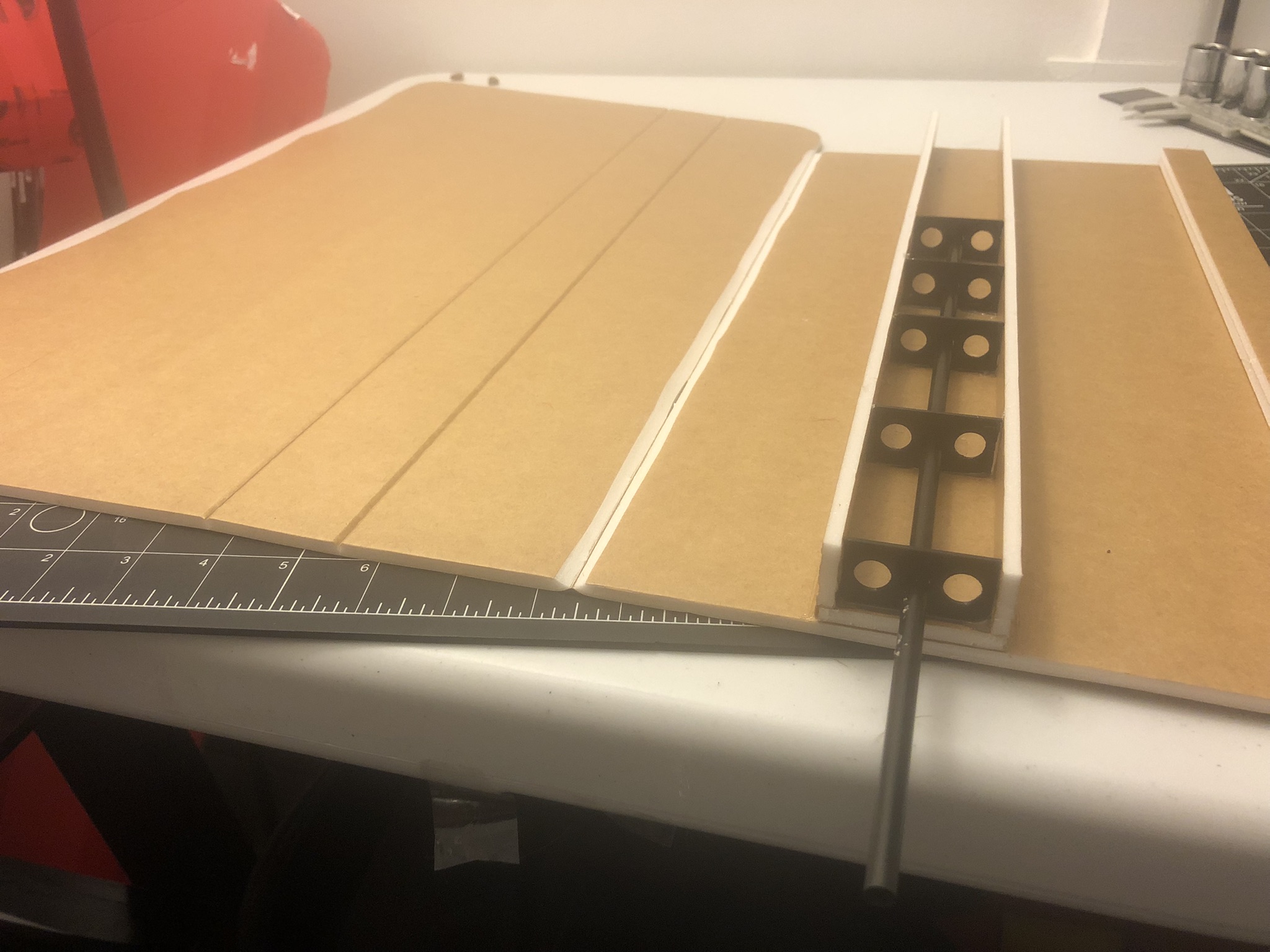 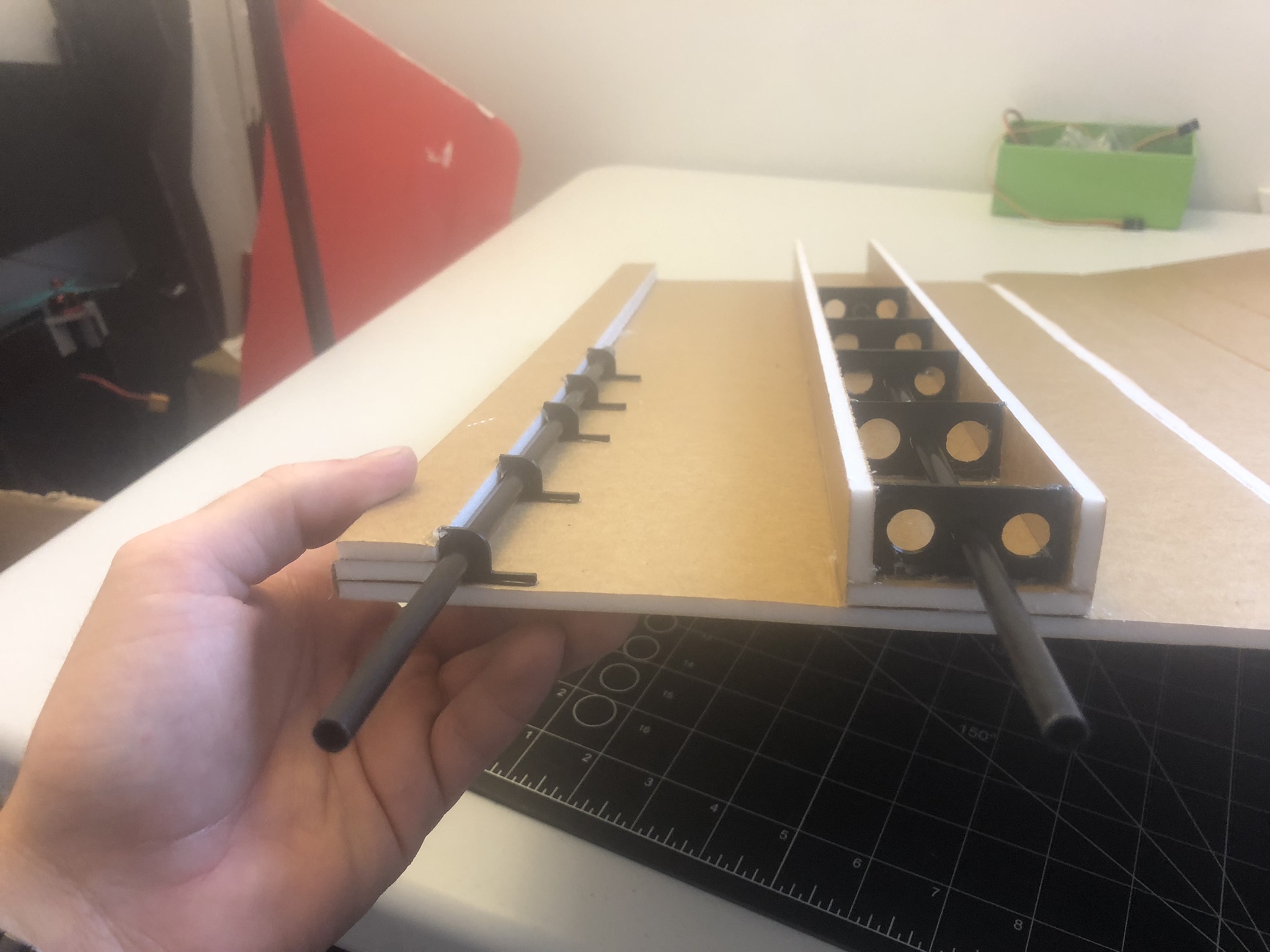 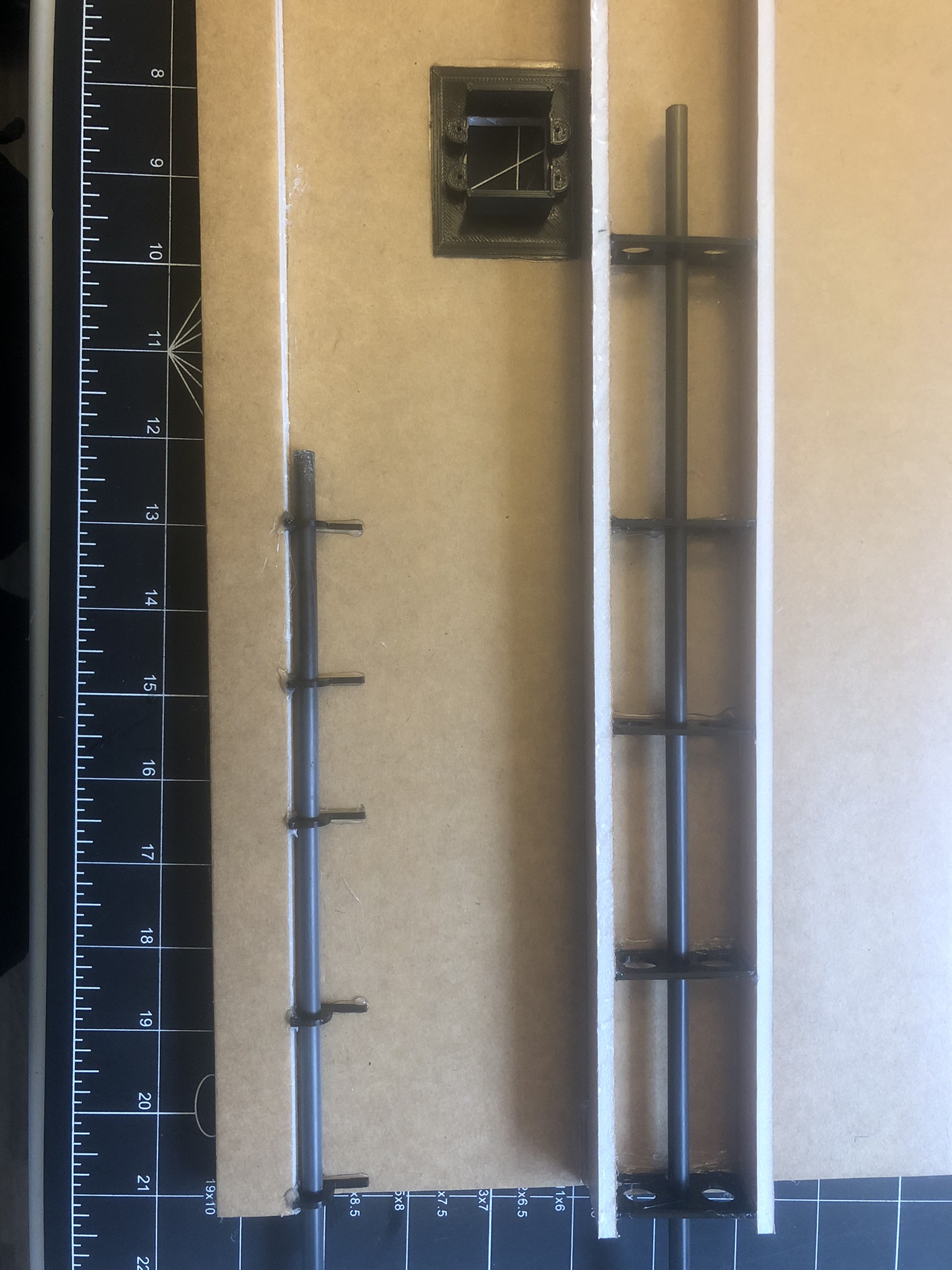 Last part is to fold the wings. Note that I added a plate in the inside of the servo cuts, so that the servo can be quickly screwed in from the outside and swapped out if required. Here is the file for the plate, it is not optimized and you may have to trip out a bit of material, depending on your servo config. My config was 2 servo per wings, one aileron and one flaps. servo plate double.stl  or servo plate single.stl

Now connect the two wing into the center piece and slide it into the fuselage. Add the hozisontal stab to the tail and check that the wing dihedral is even on both sides. The center piece has a 10 degree dihedral angle, approximated from my regular size scout build 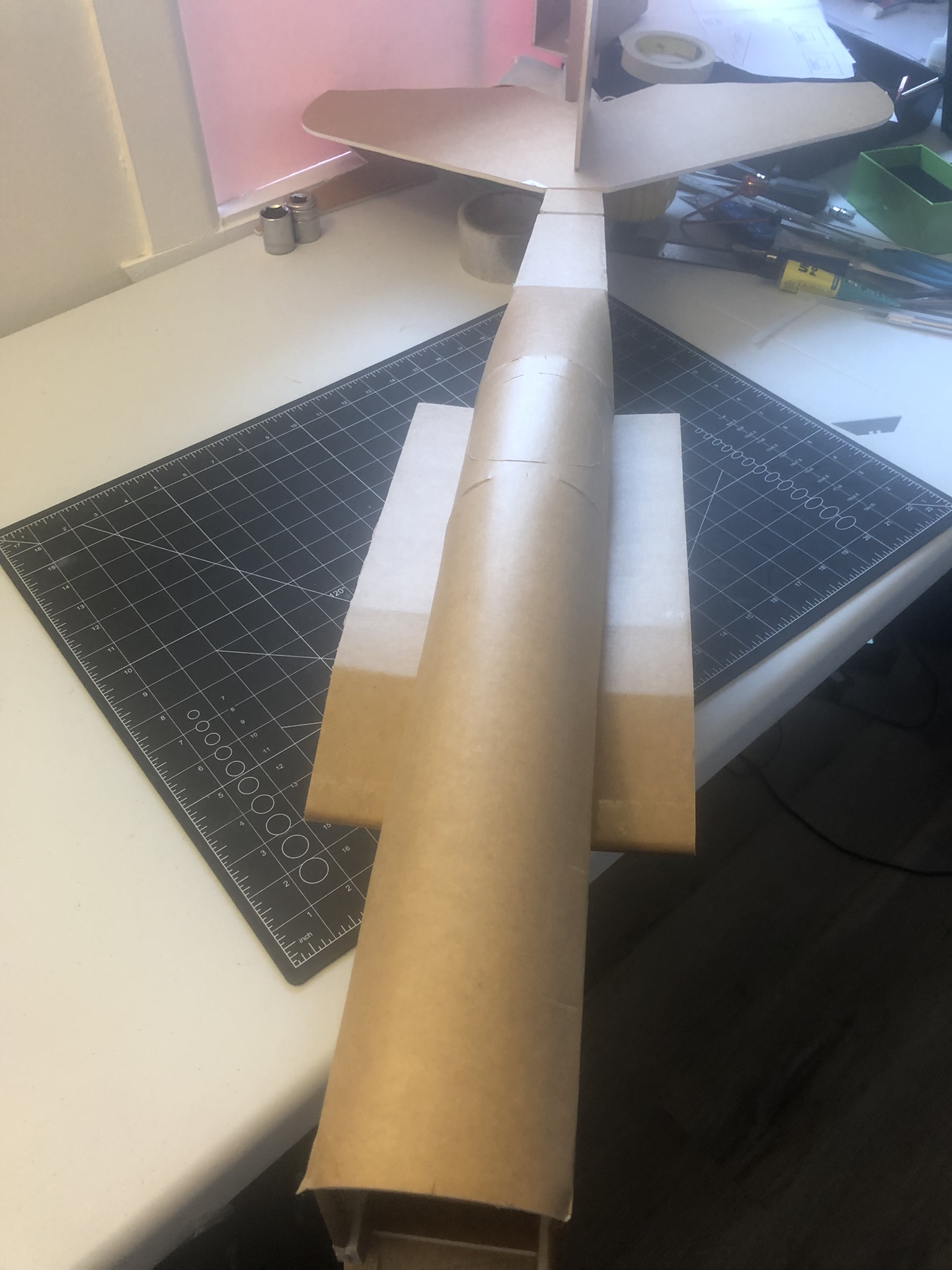 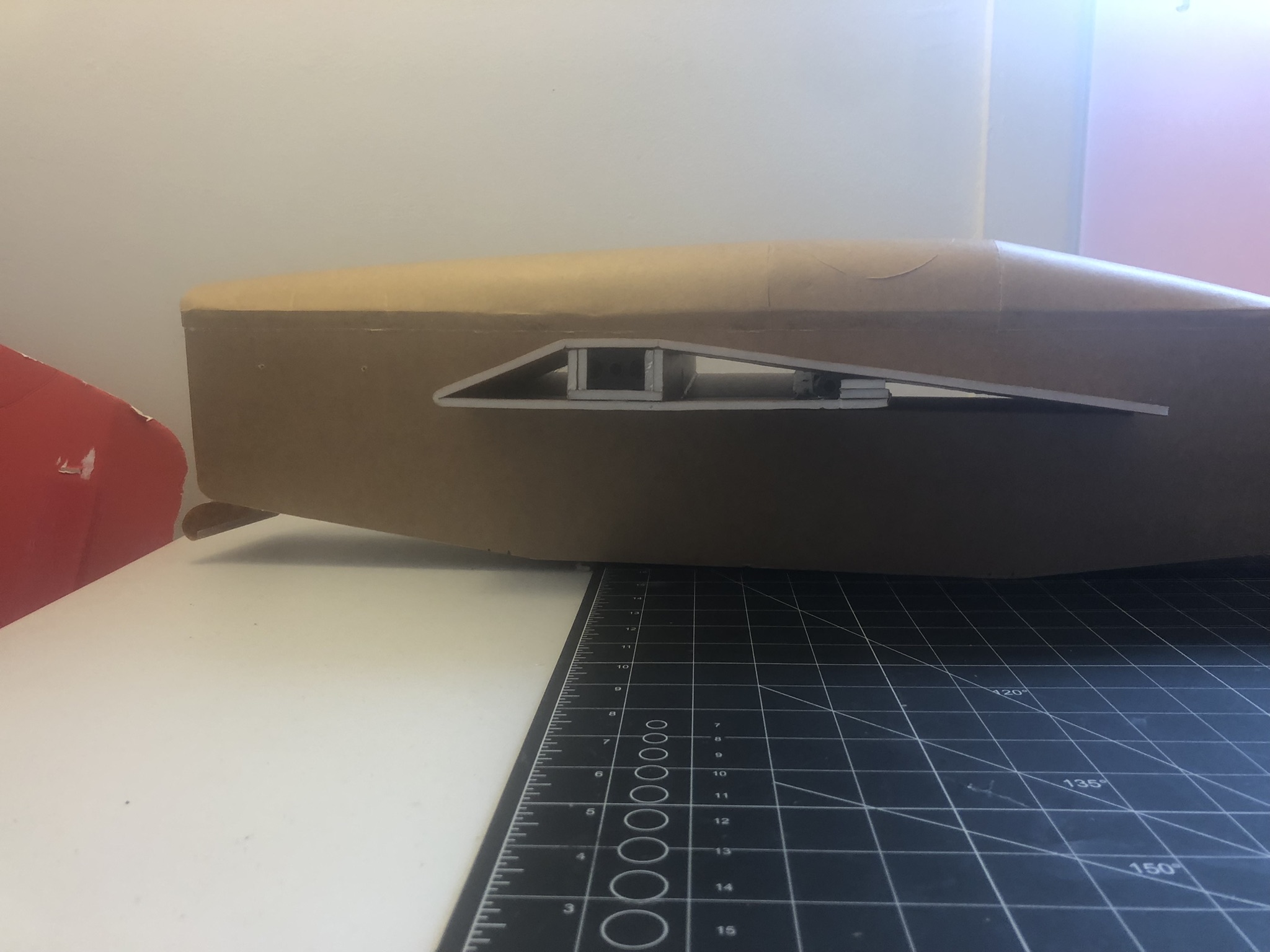 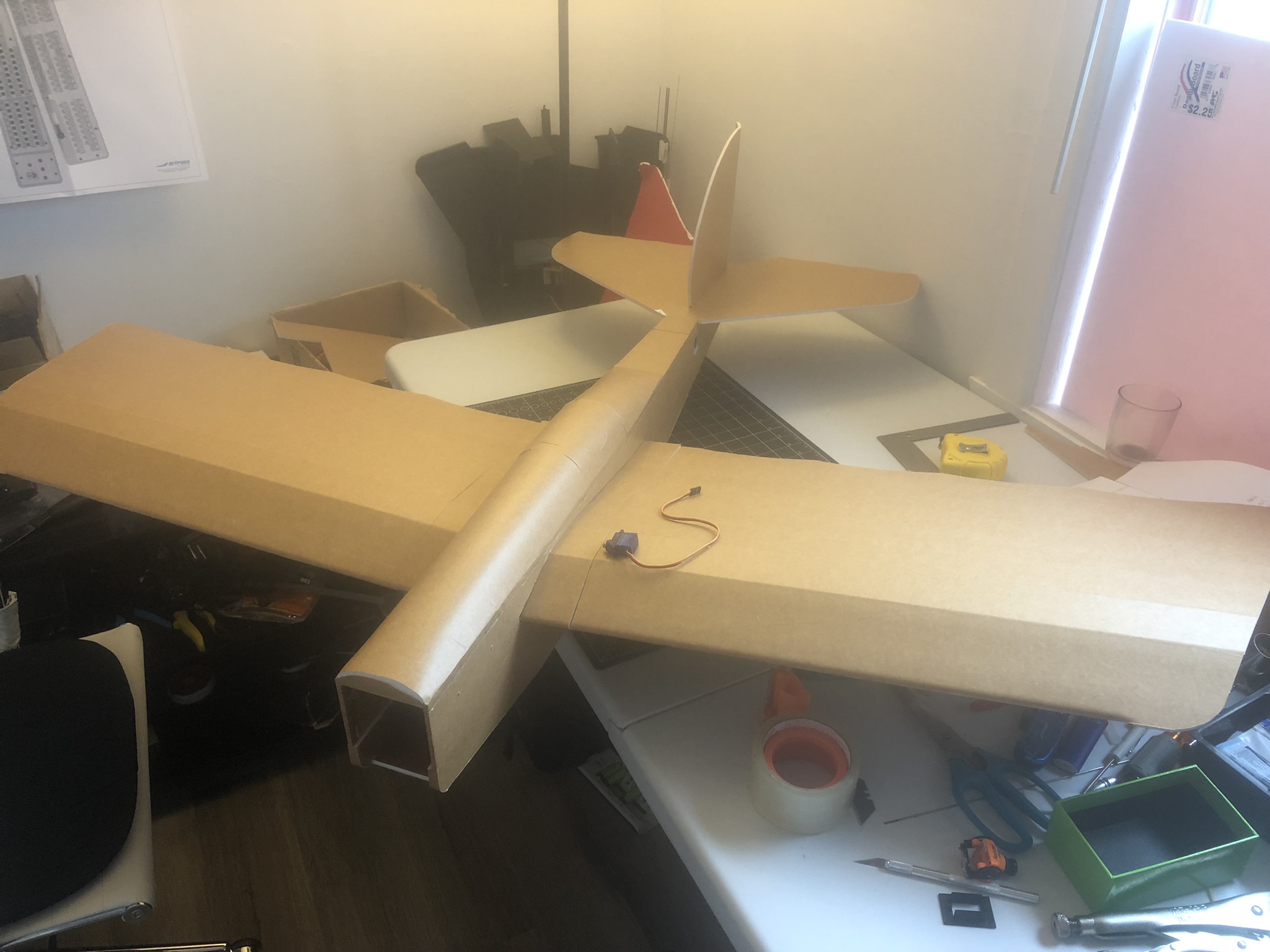 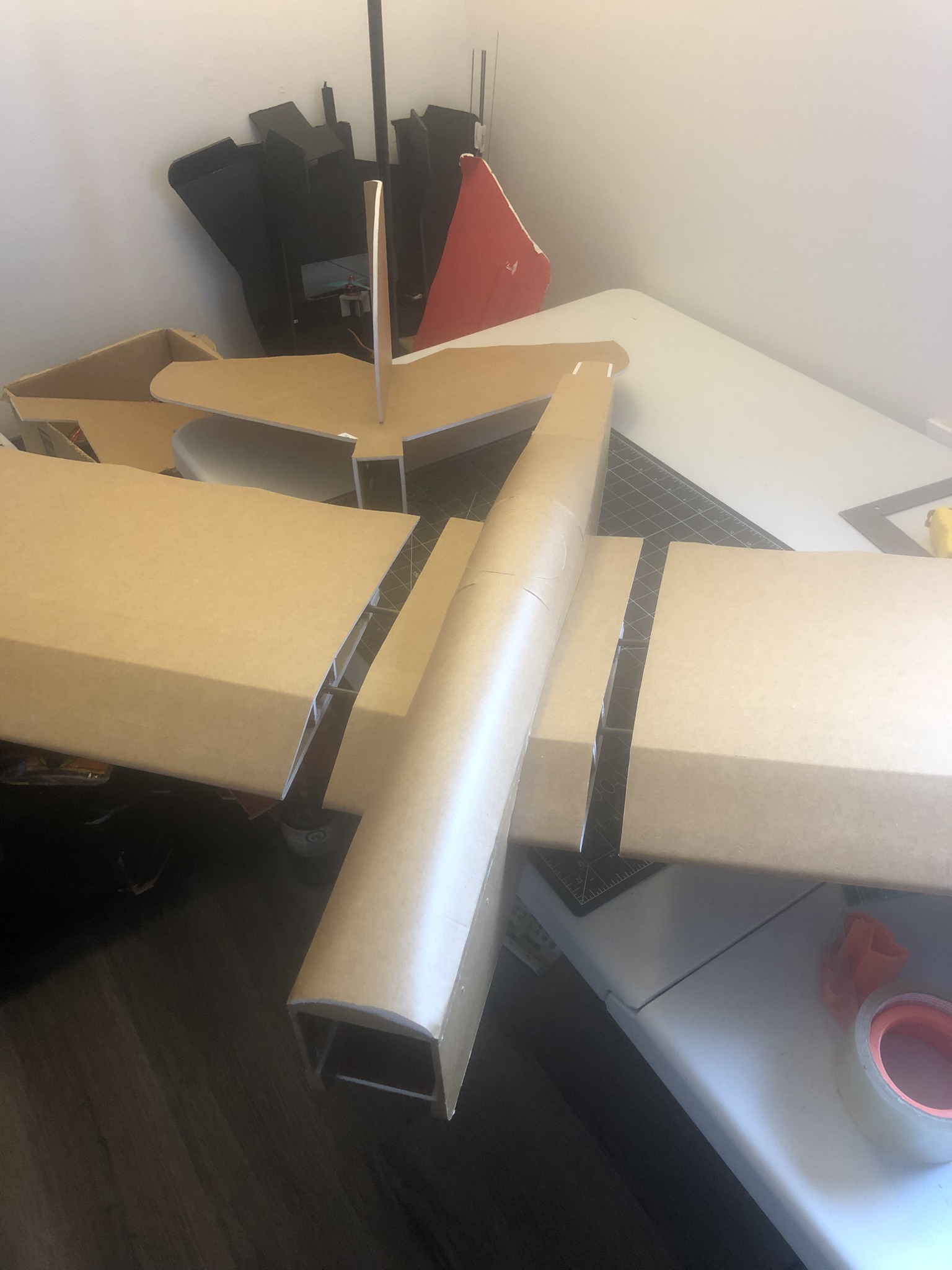 Lastly, for servo convinience, I used different size extensions and Y that you connect near the wing joint and tail joint, allowing it to be completely taken appart and quickly re assembled. I use a few pieces of low end packing tape (1nch by one inch) above and below the wing to prevent it from sliding out in flite. Not much tape is required sinc the load is take via the CF tubes. For the tail, ad 4 small pieces on all 4 sides of the fuselage joint.

Build mods are over. I also used SPONZ's dummy motor and gear plate for this build.

here is some various video on the mods in action for dissasembly. I will add the assembly video later on.

mikeehuber on July 10, 2022
This is a sweet design. I will try and print these soon, and try them out.
Log In to reply
NYCBobby on July 17, 2022
Those are some pretty cool mods. I may have to do something similar on the Sea Duck. Nice article.
Log In to reply