The F-86 is a very convenient size. I designed it to be a good park flyer, to not necessarily need the massive flying fields of other RC EDF aircraft. Needing only two sheets of foamboard, the Sabre is easily built and rebuilt after a crash. And with the blistering speeds this thing hits, you’ll almost surely need to rebuild. 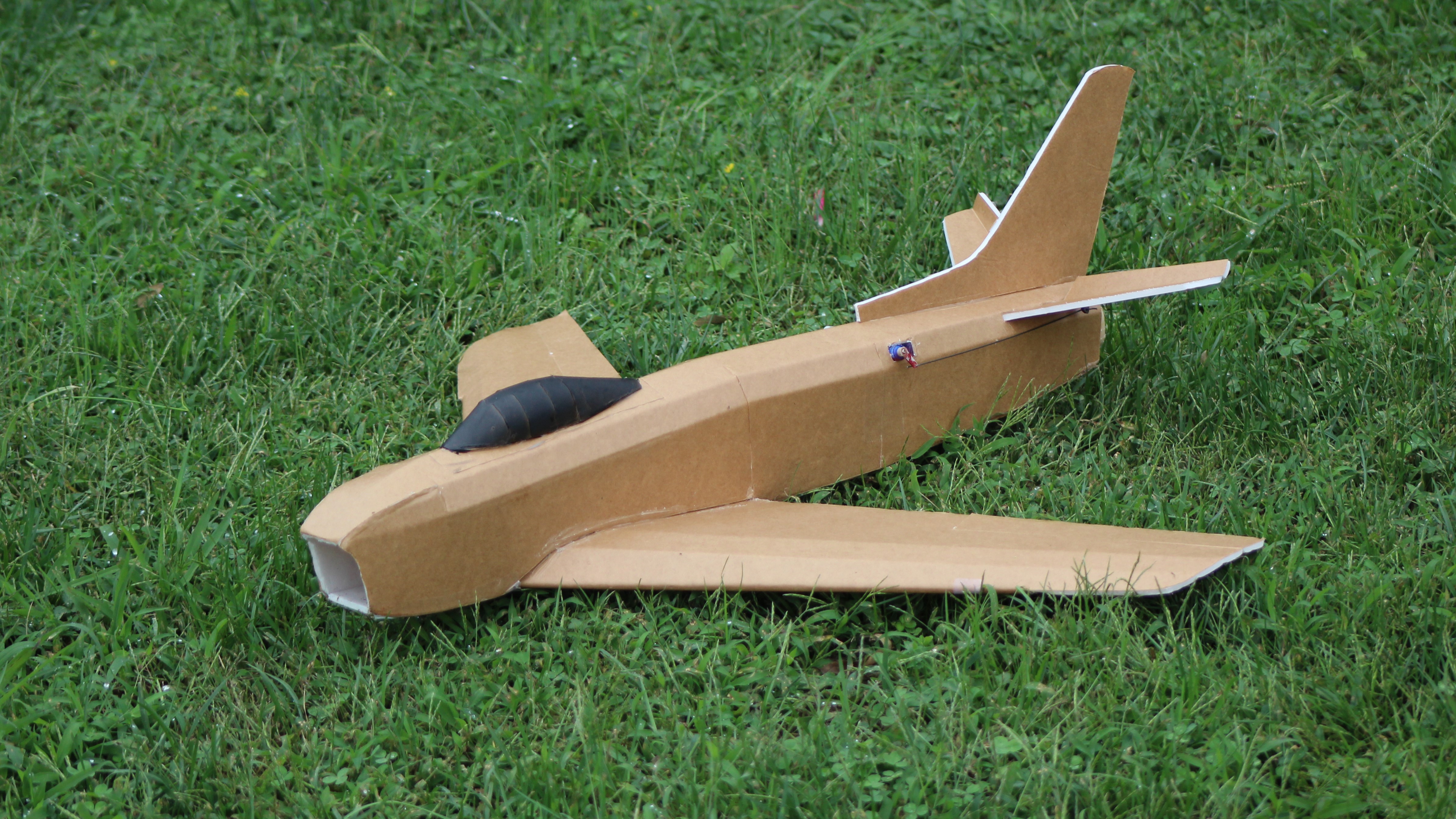 The North American F-86 Sabre was a first-generation jet fighter designed after WWII and put into service in 1949. The premier fighter aircraft of the USAF during the Korean War, it became a legend during the war, going up against the Soviet MiG-15 in MiG Alley. The F-86 was the last American jet to be designed solely as an air superiority fighter until the F-15, it was armed with six .50 caliber machine guns and was credited with more MiG kills than any other jet aircraft. 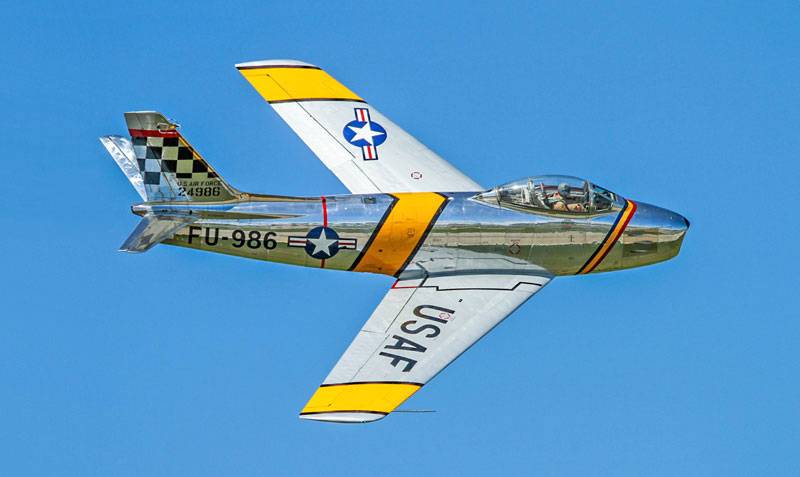 The Sabre was the first American fighter plane with a swept wing. The improvement in aerodynamics meant that the F-86 was often buddying up to the sound barrier. With production totaling 9,860 the Sabre was the most produced Western jet-fighter. 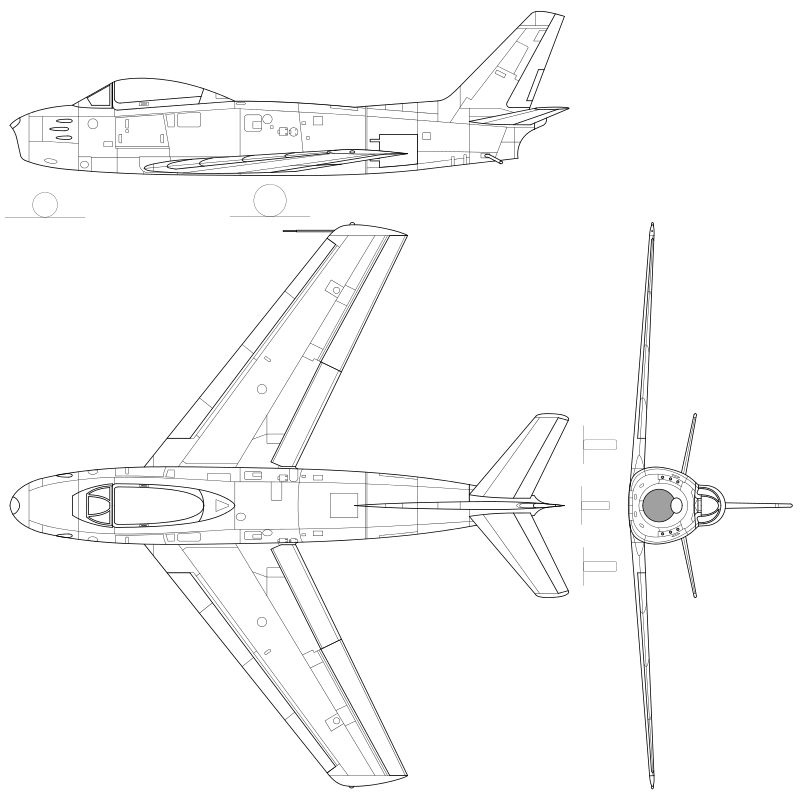 The Sabre is not a difficult build, but the fuselage does have some complexity. An intermediate build for intermediate to advanced pilots. Here are the models specifications.

The F-86 can be built quite quickly, the trick is the addition of an electronics bay in the upper part of the fuselage. I've found that the addition of a paint stick in the front for the battery to rest on is incredible useful. 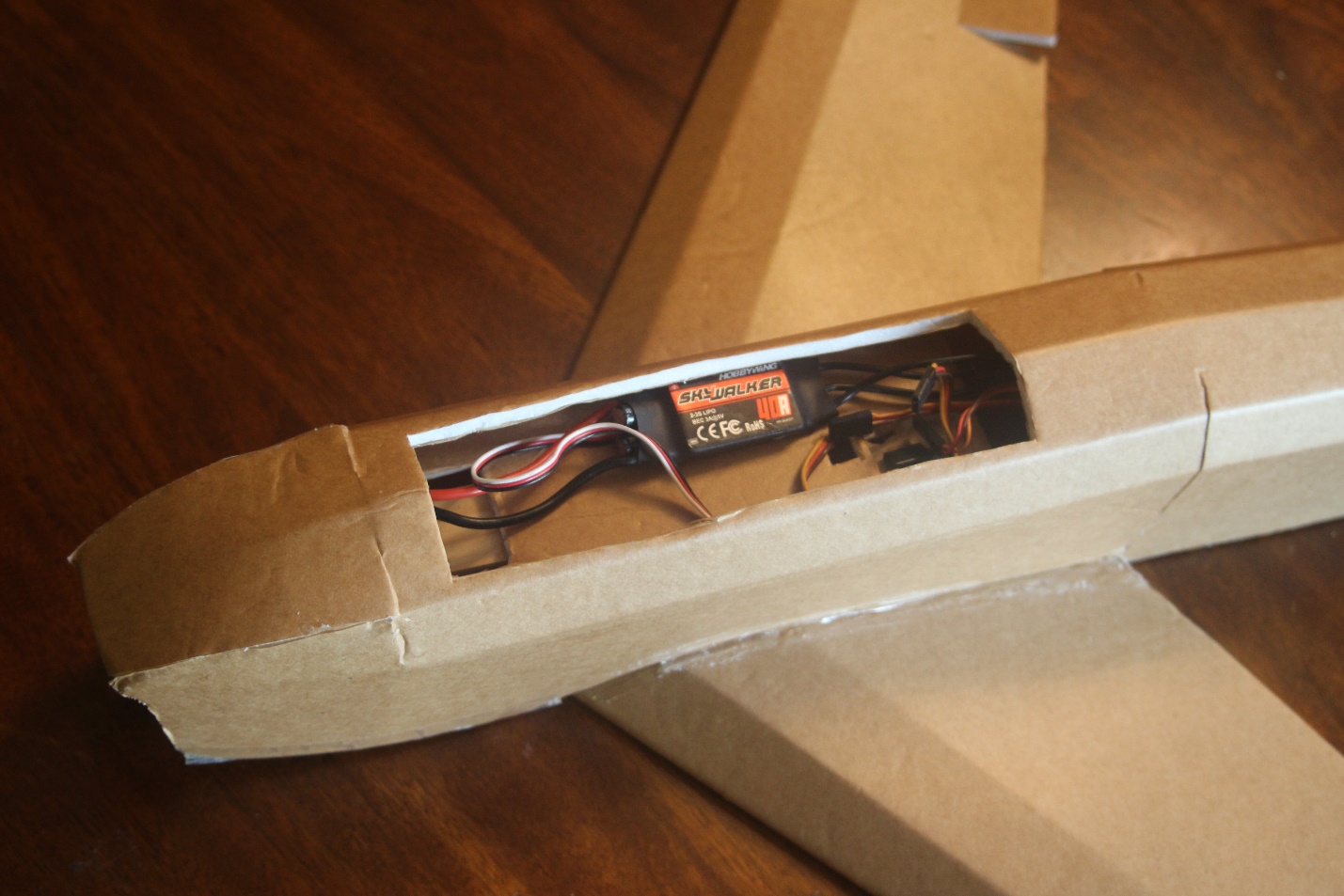 I used a 50mm EDF to power my Sabre, However, the airplane has been built with both a 55mm EDF and a 64mm EDF. The trick is to use whatever you have available 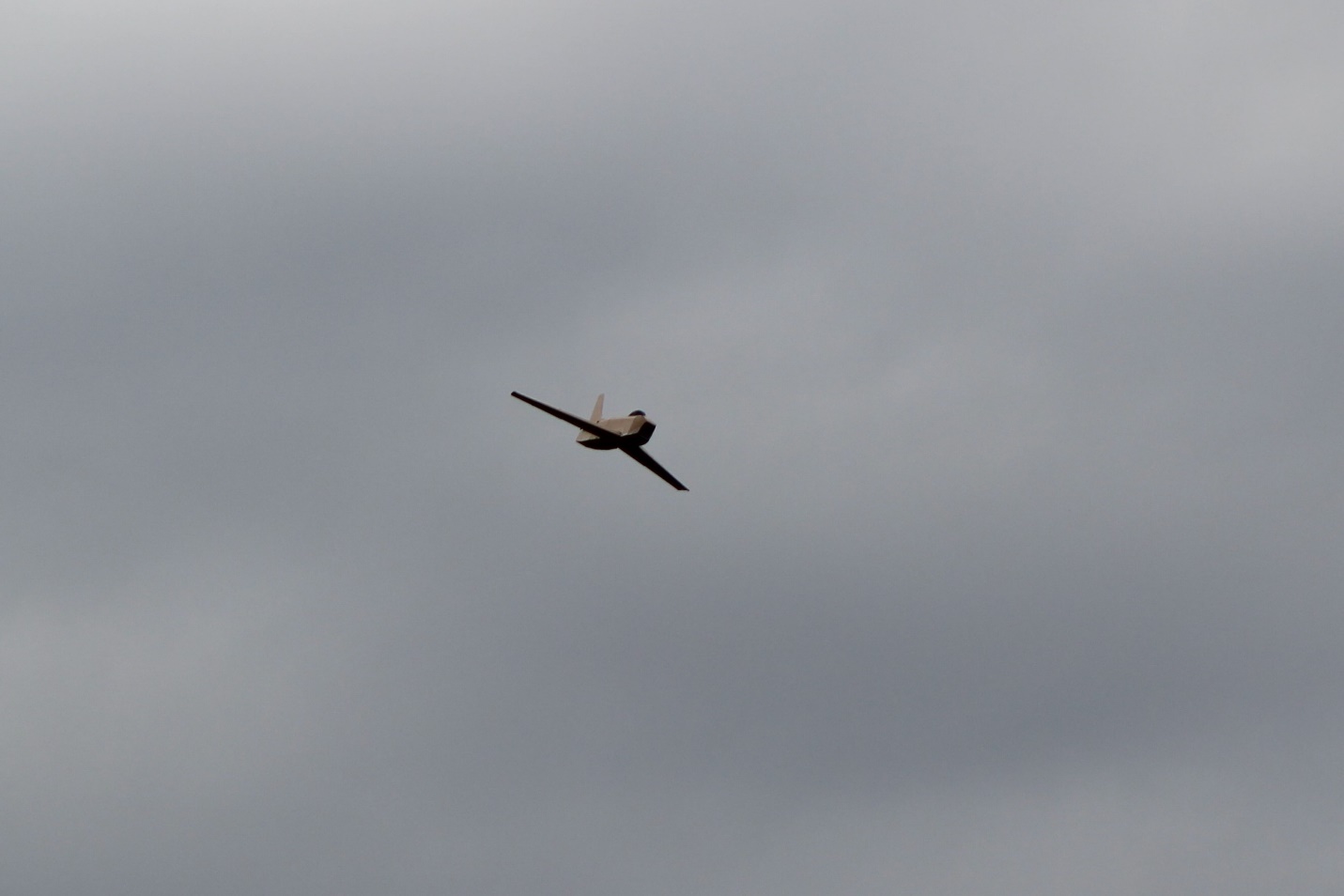 Here’s a video of me flying the Sabre and I’m putting it through its paces, trying to loose my quadcopter tail. Its fast, highly maneuverable and an incredibly flying airplane. It is certainly not for the novice pilot, you definitely need experience to fly it. The good news is that if you don’t, it’s only made of 2 sheets of foam and it’s easily rebuildable.

Log In to reply
winglet on July 12, 2019
Completed mine and flew it this evening. What a blast! Details of mine are posted in the Mad Scratch Builder Forum.
Log In to reply
winglet on September 16, 2019
Getting started on my third attempt at this F-86. My very first successful EDF. First one flew well until my receiver failed. After a rebuild, my F-86 was better than ever but a little tattered looking. Number 3 will be sweet. Thank you for designing a fun to build and fun to fly model.
Log In to reply