This is my first article... ever... so please be patient with me. I am new to the RC hobby, I started in December of 2014 with lots of encouragement from some of my friends. Before I had ever flown a fixed wing plane ( I started with multi-rotors) I gobbled up Flite Test videos and kind of got to know the hobby a little better. I was so impressed with what Josh Bixler and  the Flite Test team were doing that I decided to try my hand at designing a foamboard plane. In honor of Josh I chose the Pietenpol Air Camper to try to duplicate in FT plane form. I worked for a few days on the design, drawing heavily from Josh's previous designs as guide lines and soon had what I thought to be a workable design. 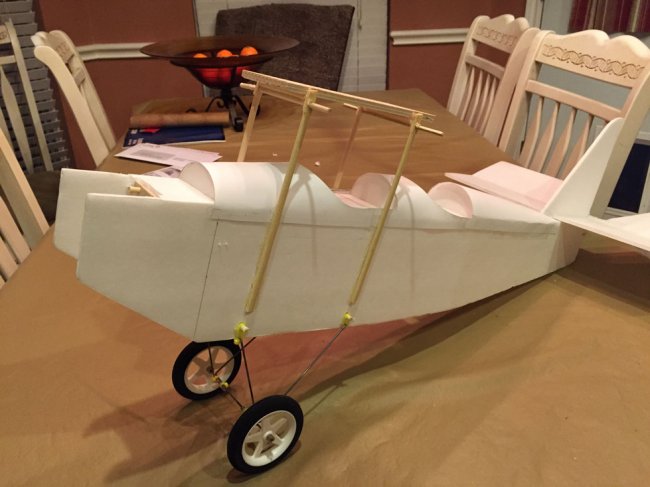 This is the prototype fuselage. 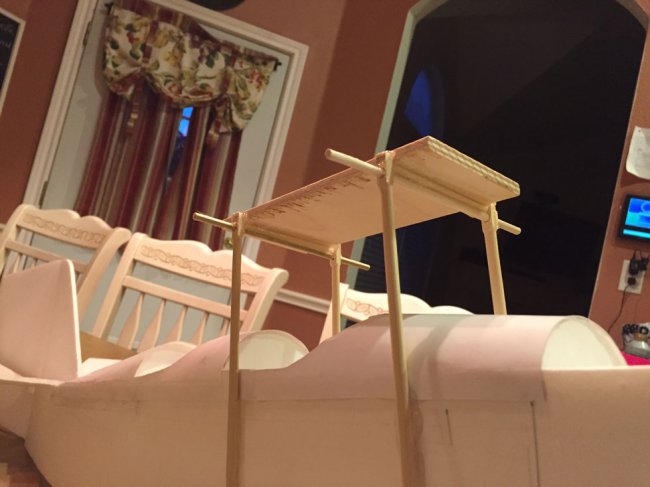 I used chopsticks for the upright wing supports, a piece of 1/4" plywood for the top wing support, and the all to familiar skewers for the rubberband connection for the removeable wing. 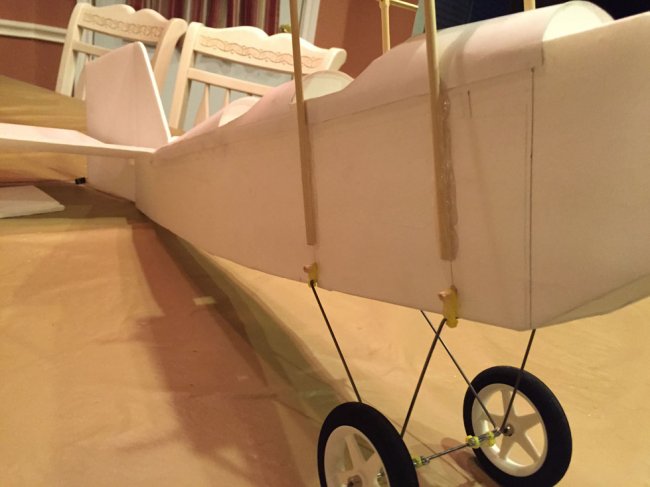 The landing gear was way to narrow, and caused issues with a rolling take-off and landing which you can see in the prototypemaidenflight video. however, after the first nose over Jippz gassed it and it literally jumped off the runway into the air. 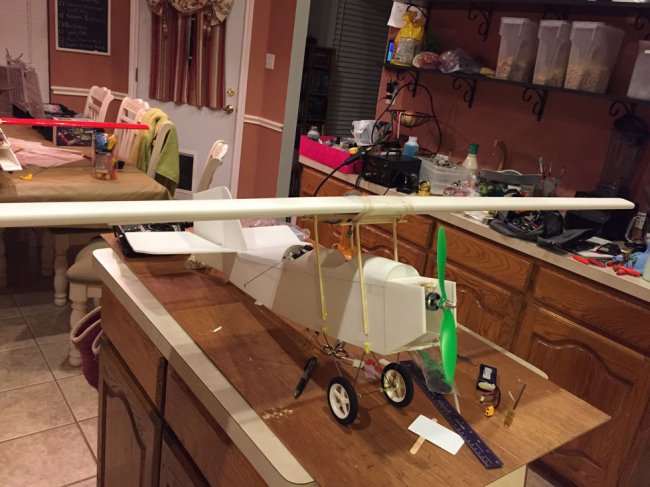 The first wing that I used was the armin wing from Ed at Expirmental Airlines. The wing is approx. 60" long the fuse is 30" long, the horizontal Stab. is 17.5" and the vertical stab. is 8" tall. I built it around the FT swapable series so the power pod is interchangeable with the other planes in that series. I used a Park 450 motor and a 9x4.7 slow-fly prop. I flew it with a 3000 3s 25c battery right near the end of pod and it balanced perfectly right under the spar. 9g metal gear servos rounded out the build. Since I had never flown a fixed wing aircraft I relied on my friend Jippz for the maiden flight. From design to maiden flight was just a little over a week. (I guess I was very excited to get into flying)

Sorry about the lack of audio on the video, it was pretty windy and there was lots of noise so I just cut it out entirely. After the successfull maiden flight and a few of flights of my own, (which was the sad end to the prototype) I began trying to clean up the plans and make modifications to improve the scale look of the model.

V2 of the plane never made it to complete build and I scrapped the direction I was headed because the build difficulty increased considerably. Which goes against what Flite Test is all about. 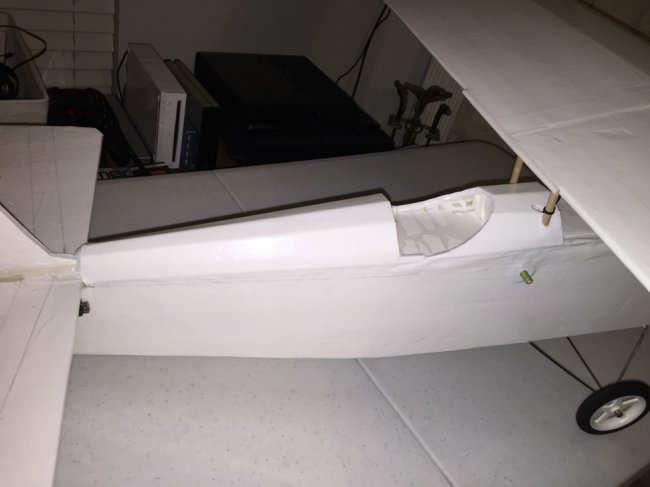 V3 I moved the servos out to the tail ala FT Storch, and I tried using foam board for the turtledeck instead of posterboard. I really liked the look I got by creasing and folding the foam to get the more scale look to the top of the fuse. 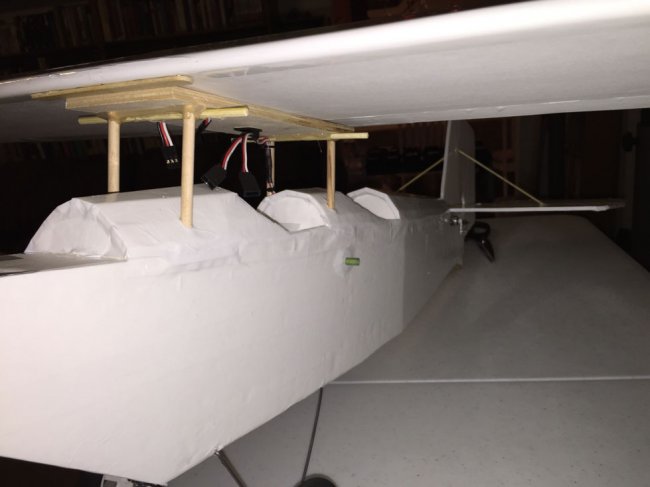 I replaced the upright wing supports with 1/4" dowel rod which I get in the craft section of Walmart, and moved them inside the fuse also to increase the scale look. 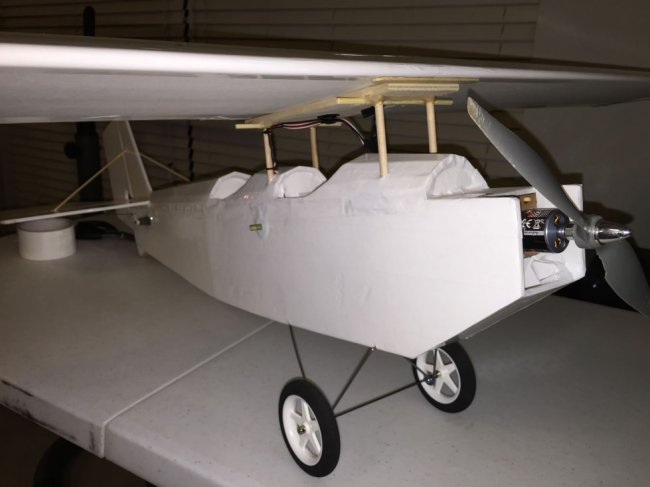 I made the landing gear wider, and added a FT wing with the under-camber tips to help prevent tip stall. 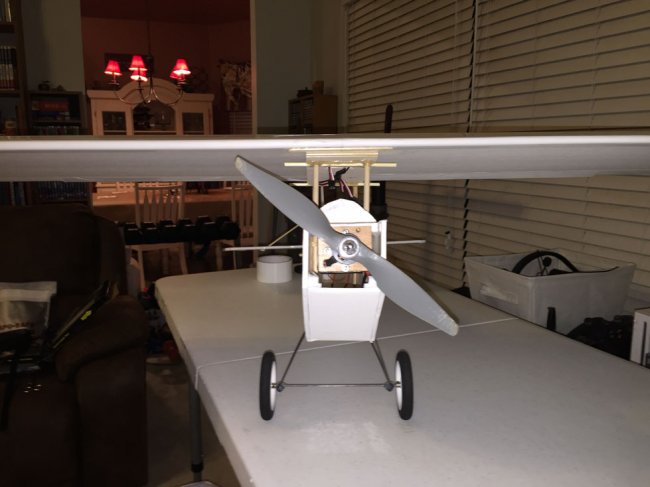 I really liked the way this version built out, but sadly it never made it into the air because it was extreemly tail-heavy. We all know how many times a tail-heavy plane flys. 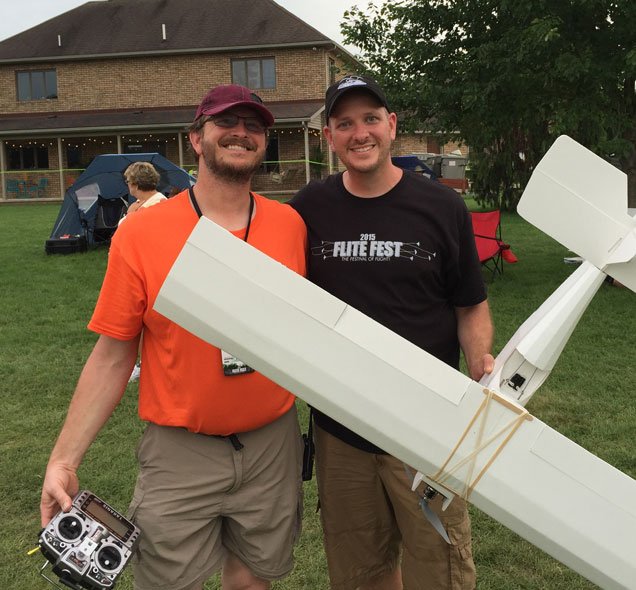 Unfortunately I didn't get any build pictures of V4 since I built it at Flite Fest, but it is seen here with me and Josh Bixler right before he took it up for the maiden flight. I widened the fuse to give more room for the pod to be inserted and removed, I moved the servos back to the fuse right behind the wing and instead of plywood for the wing support I used foam board which worked perfectly. I also went back to posterboard for the turtledeck to try and reduce tail weight. I also added the option of flaps so this model can be either 4 or 6 chanel. This model was built with elmers foam board becaue I wanted it to be more durable so not all of the tail heavy characteristics were eliminated. Also Josh had me remove a small section from the wing over the cockpit to move the wing back more to help with the CG issues. This mod also had the effect of making the plane look more scale as well. I am incorporating these changes into the plans now and hope to be able to post them in the next few days.

After the maiden flight I presented this model to Josh to have for his own collection. When I complete the modifications to the plans I will build the new V4.1 version and take pictures as I go and put out a build article as well. Look for that in the next couple of weeks. Thanks for checking out my article, look for more to come. 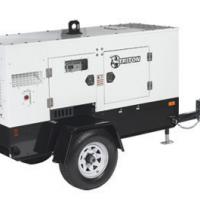