I've been messing around with tricopters for a few months now, and I think I finally came up with something worth making a post about. I give you the inverted tail tricopter! 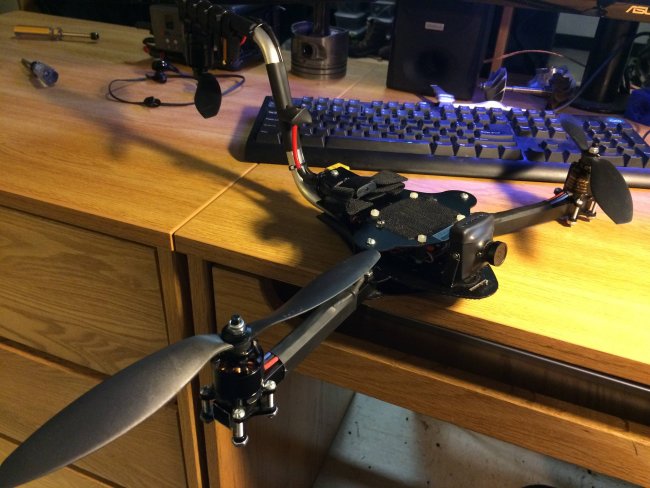 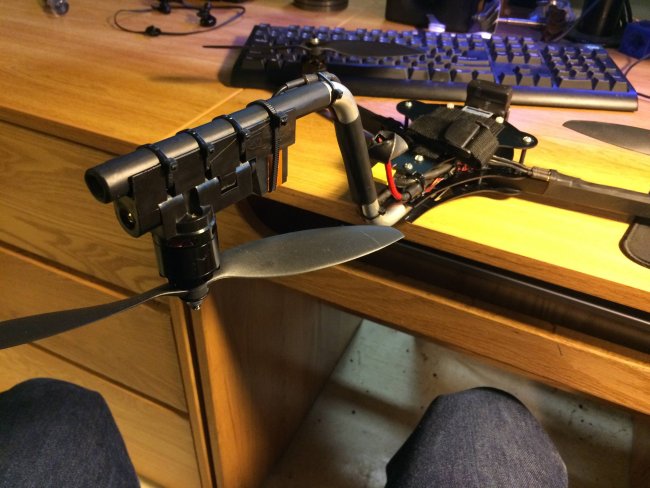 There's several reasons for this design. I was struggling with dialing in the yaw on my tricopter, particularly at higher speeds. I would often see bizarre behavior under aggressive yaw such as dramatic overshoots or overcompensation, especially at speed. 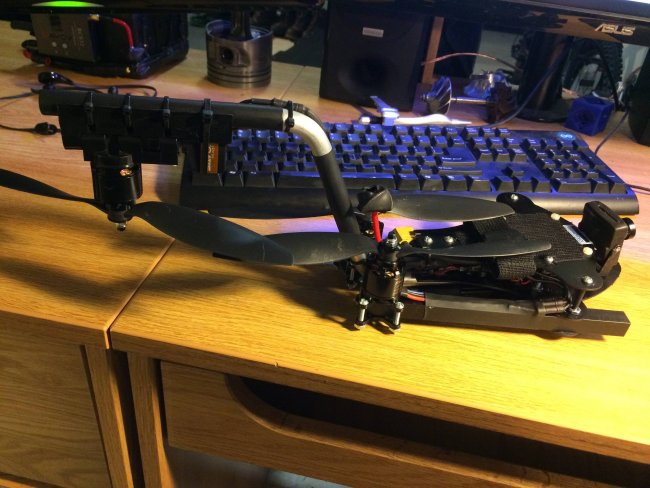 The tail was bent by annealing the aluminum and filling the pipe with sand, then bending it by hand while hot (wearing welding gloves) I made four of them and they've held up to quite a bit of abuse! The front arms are 1/2inch hobbyking aluminum arms. I toyed with really long landing gear for a while, but ended up not doing it. There's a series of advantages to this design. The landing gear creates more drag than the boom, the additional material for the bent boom only adds 40 grams to the tri (AUW is ~1000g), landing gear would mean that the tail would have to have very long landing gear to get any distance from the ground and I do a lot of grassy take offs, but most importantly, when flying forward the tail would be in the prop wash of the front props. In addition to all that, the circular boom means that in a crash the tail mechanism rotates instead of breaking off the servo. I think I can finally call this build done and start building a 250 for more aggressive flying! 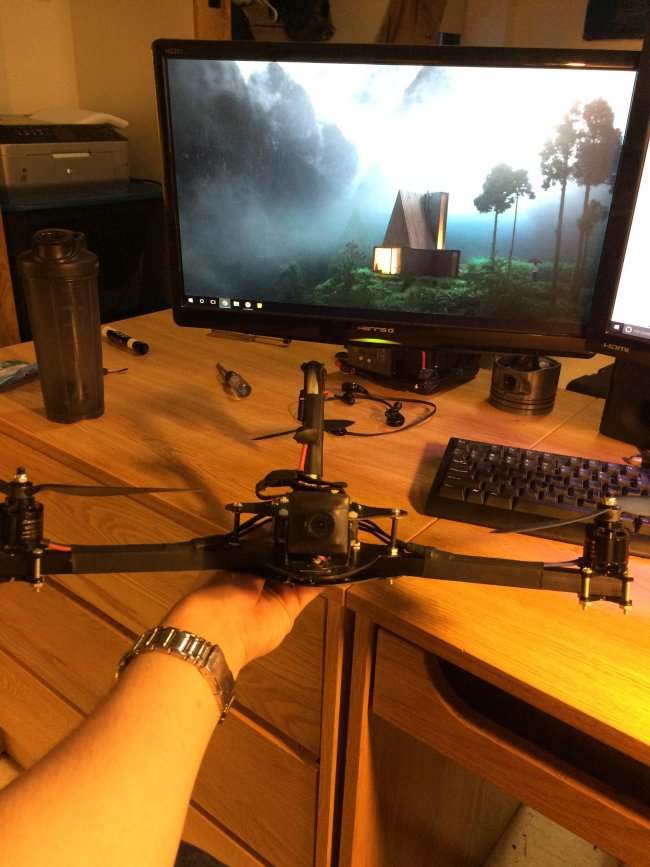