Being about a year into my fixed wing flying experience I have a lot to learn yet about getting my builds back to earth in a way that doesn’t leave... Evidence.  With the release of the Mini Sportster it was quickly apparent once again that this remains true!

The landing gear on my scratch build has been repaired three times now, and this third it was time to do something different to beef it up a bit.

The goal is to transfer some of the landing force through to the underside of the wing and away from the foam of the bottom and sides of the fuselage, and to beef up the surface the gear wire is glued to.

My hope is the idea may help others if they are experiencing the same problem on this or other FT aircraft.  It should work on the low wing designs with glued on gear, and could be easily added during the initial assembly.

The Mini Sportster build shown used 9 gram servos instead of the specified 5 gram.  I just didn’t have any at the time.  All four were mounted closer to CG to prevent the plane from being tail heavy.  It worked. 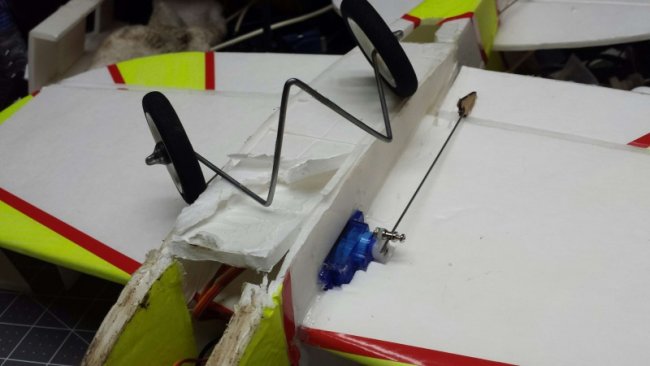 There isn't a picture of the carnage that was the result of a hard strike onto pavement, but with the paper and glue removed from the gear, what remains gives a pretty good idea of what it looked like.

The other damage, previous repairs and dirt we’ll just call ‘Character’ and leave it at that. 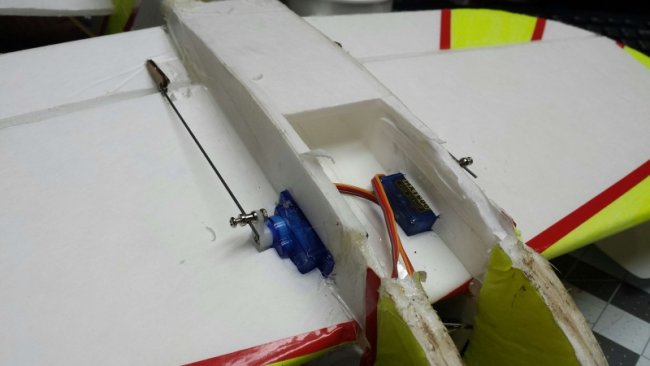 I cut away the damaged foam. 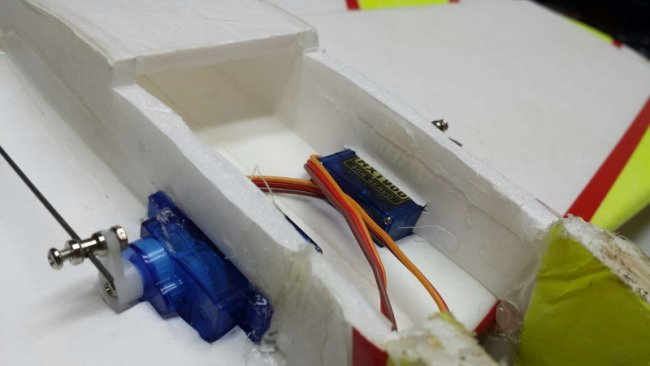 Then cleaned up the edges and cut away the old glue. 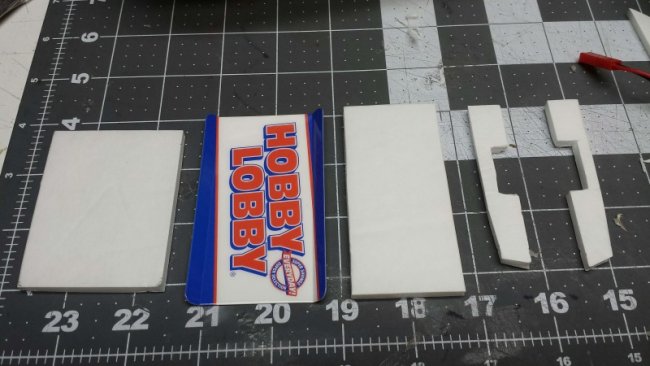 The parts used.  Left to right: A new bottom plate, gift card, inner plate, side supports with cutouts for aileron servos.  The cutouts will vary based on the type and size of servo used. 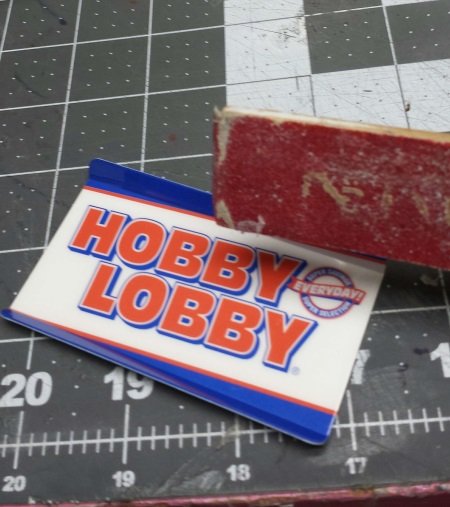 As always, be sure to rough up the surface of the gift card. I use a sanding stick made from a paint stir and 120 grit sandpaper hot glued together. 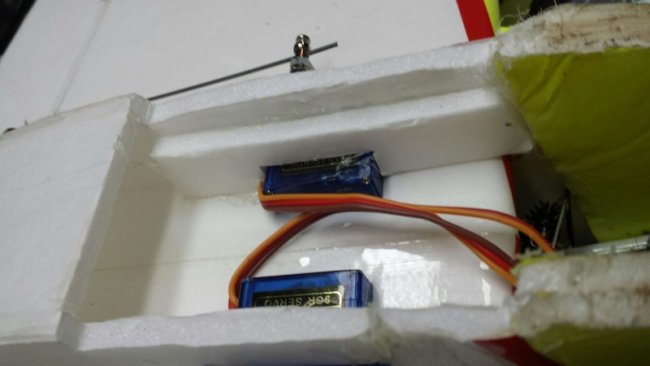 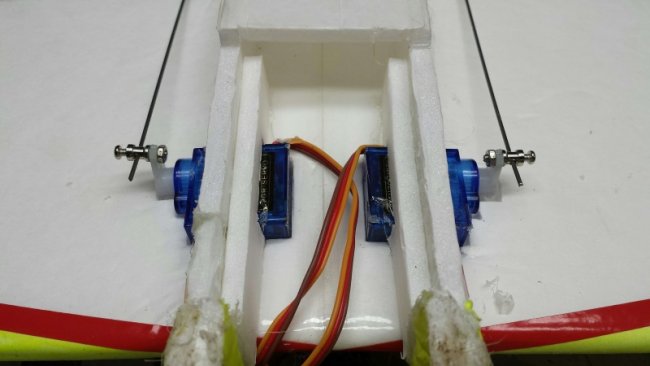 Both suports installed.  These will transfer the energy of landings upwards into the broad and much stronger wing root. 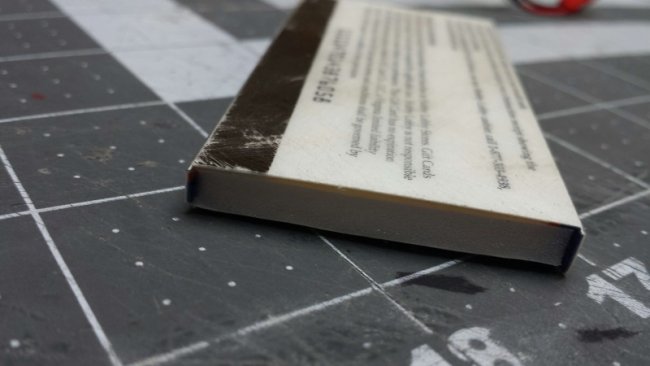 The inner support is designed to pass the force from the wire gear to the vertical supports.  It's a ‘Foam Core Gift Card’ of sorts made by gluing up the card around the DTFB.  To make the fold, lightly score a line in the card.  It folds very accurately.  Yes, glue is hot, fingers burn, and the table is your friend. 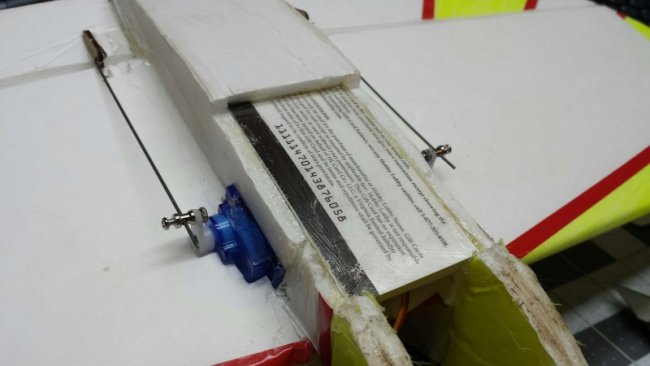 Inner support is installed on top of vertical supports. Use a ‘generous’ amount of hot glue to the top of the supports and sides of the fuse.  DRY FIT EVERYTHING FIRST. 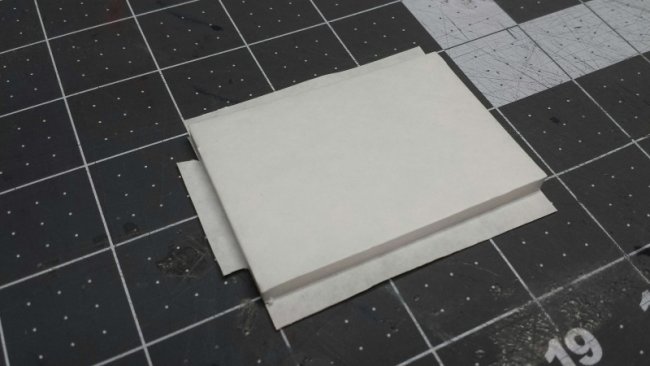 Time to install the bottom plate.  For whatever reason (Aesthetics are totally lost on this plane) I recut the piece shown in the previous picture and added enough to allow for the paper to fold over the edges. 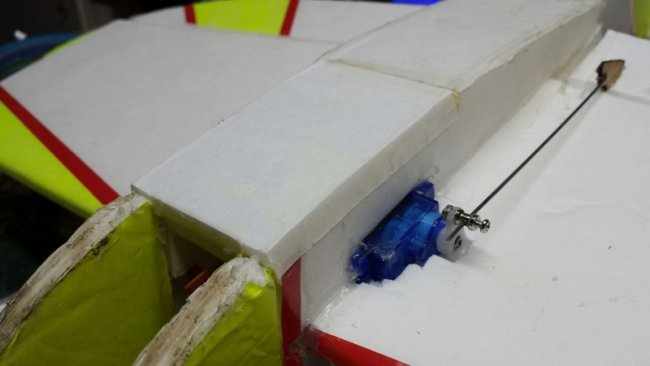 Again, install using generous amounts of glue, then a light bit of glue to hold the paper fold. 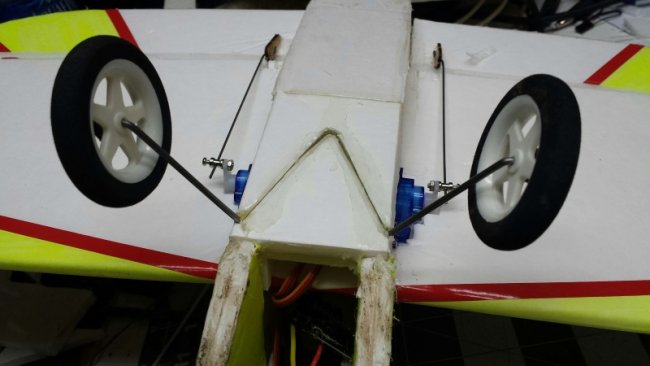 Install the gear per the Build Video.  Cut deep and run the wire up against the gift card, then glue it in.

Most might be done at this point, go fly! 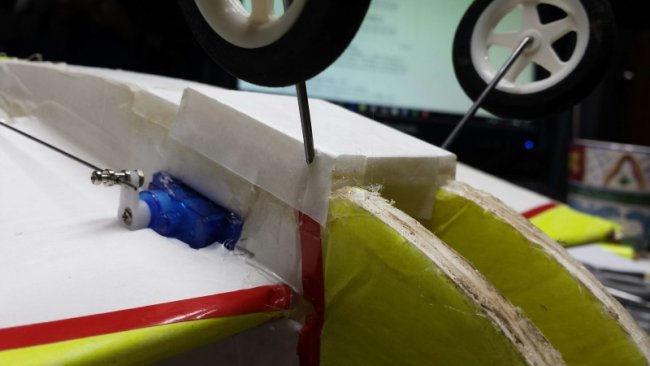 However, looking at the result I thought to myself: “Haven’t added enough weight to this plane yet!” so there is a scab glued over the bottom plate. 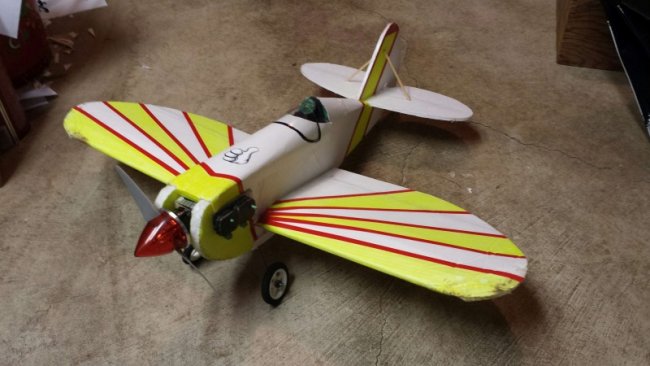 Here it is, with all its inherent character, ready to be further abused by my flying skills.

Ah yes… The spinner does not belong on this plane. just a test fit while waiting on a new motor. It looks nice, but is intended to be broken in the near future on another Mini Sportster build I have in the works.

I hope this helps with the specific problem of broken Mini Sportster landing gear, and add to the building of other FT planes.

EDIT: Added 12/20/15 - I few this tonight and the Mini Sportster tested the gear mod REEL GUD. Was flying along in a pattern indoors and foolishly tried to do a roll. Did, but nearly lost it on the recovery and contacted the deck very hard A sure thing leave your gear dangling from the glue and paper hard. Bend left strut near sideways hard. No (additional) body damage at all. And I just grabbed the wheel and twisted it back into place with near zero worry about pliers to hold wire near fuse, Success!

alibopo on December 17, 2015
Hi JD, nice solution, but I fear the real problem is there's no real 'give' or flexibility to the system. Having wrecked a few belly-pans using rigid fixings on previous builds, I now much prefer non-rigid systems using rubber bands looped over skewers. If the landing is 'that' hard, the elastics allow the undercarriage to slew and collapse - saving the fuselage. If the landing's soft enough, the elastics are strong enough to keep the undercarriage in the right place. Another aspect of this is trim - if your flying too nose-heavy, it's difficult to get the speed down for a good 'flare' landing. Cheers, alibopo.
Log In to reply
jdfilkins on December 17, 2015
That's a fair point on the rigidity of the gear. I've since built a Speed build of the Mini Sportster and noticed the gauge of the wire I used in this scratch was far heavier than the kit. Like the servos, I used what I had on hand. I installed the mod on the kit anyway after making a few changes (a modded mod?). Thanks for the feedback.
Log In to reply 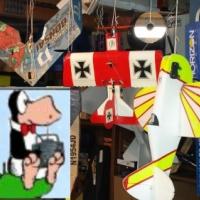