Getting all aspects of an FPV flight right can be a challenge. After seeing flight footage and walkthroughs of Cyclops Storm OSD by BMSWEB, octane81 and others, I decided to give that product a shot, to see if it was any good at being one of the key ingredients for successful FPV:ing.

Up until then I had some experience of trying to get APM (1.0) to do all the wonderful things it potentially can, which takes some effort. One hurdle as an example, was that the telemetry protocol had been recently updated in a backwards-incompatible way, leaving me with a now incompatible OSD addon board in need of a firmware reflash somehow...

I had also successfully tried a plethora of other stabilization platforms (OpenPilot on their first CopterControl board, MultiWii on HK NanoWii, HK:s orange series stabilization, single axis gyros...), all without GPS in my case and hence without automatic Return To Home.

When you try to take the googles on with little or no prior experience of flying with them - not having a RTH system is stressful - at least to me so far... You circle overhead, flying visually with the goggles standby on your forehead, you line up for a streach over the "safe zone" - the imaginary circle you're physically standing in the middle of, then just a handful of seconds later the window has passed - you're starting to approach the limit of line-of-sight flying and the pressure is on: to not make a mistake, to not get a glitch in the video link, to not fly out of range...

Cyclops Storm (compared to for example APM) is not very feature rich, but it has the most essential things and kind of works with very little effort straight out of the box. And it seems somewhat inexpensive compared to the alternatives. Its most prominent feature - it's in the name of the product even - is on screen display telemetry. Almost too prominent actually, at first I assumed this thing wouldn't do anything auto pilot related due to that acronym being all over it.

The on-screen telemetry is indeed useful when piloting the model. But what I find even more important than having the data to know where I am and how fast I'm going, is the fact that I get instant visual confirmation that Storm agrees with me where the plane is, where home is, that the satellite lock is aquired etc.

By introducing stabilization, and RTH in particular, you also introduce the risk of RTH not working properly, which means you might in worst-case see your plane flying out to sea with a good 20 minutes of flight in it before it is 10:s of kilometers away and lost forever. Tried that once with my first APM on a Tek Sumo wing actually - maybe the GPS connector came loose or maybe the home position wasn't set correctly... The fact that Cyclops Storm almost won't let me use it without having the metadata visible, reduces that risk to a decent extent, in my opinion.

Anyway, here is a video of my first flight over water with Cyclops Storm on my Bixler. Pretty happy with the flight route over beautiful Hamnö Kökar, over the local church, and the perfect timing with the arriving ferry. All of a sudden I was flying over water, and kind of far away too, and yet the feeling wasn't anything like that nervous pressure when trying to take on the googles the first few times. This felt just... awesome! I was a bit tense still I guess... After passing the port I remember thinking it was time to bring the GoPro footage home safely, but it wasn't anything like primitive fear anymore, just abstract knowledge that sooner or later something might break. :) The stability camera-wise is far from top notch, something to improve on... Enjoy!

The soundtrack by MitiS, released on Soundcloud the same week, felt like it was tailored almost perfectly, not necessarily to the imagery itself, but to the feeling being onboard and the feeling after having FPV-landed gently in the field 200 m away, all the gear intact, a memory for life AND evidence on the GoPro's SD card...

I'm flying with the camera mounted quite high above the nose here (images below). Probably horrible aerodynamically speaking, but CG is OK and the nose is out of frame. Would like to tilt it a little bit more downwards though, seeing the ground right below the plane tends to give a more immersive experience.

At the ground station I'm using the new RC832 at 5.8GHz from FoxTech (Hobby King has it too now), which can deal with both the frequencies of FatShark compatible TX and some non-fatshark (Boscam etc) ones. Cloverleaf on the TX, helical antenna on the ground for additional range. For navigation I'm using a Turnigy 9X with FrSky and the stock antenna. When passing the ferries I reached the farthest point away from myself at a little over 1.7 km. At that point the transmitter started beeping quite a bit, but it wasn't loosing signal completely yet, while the video link was rock solid. A directional antenna on the FrSky TX module would probably add a bit more range. The flight was done from a hill above the terrain, which gave the radios good line of sight all the time. 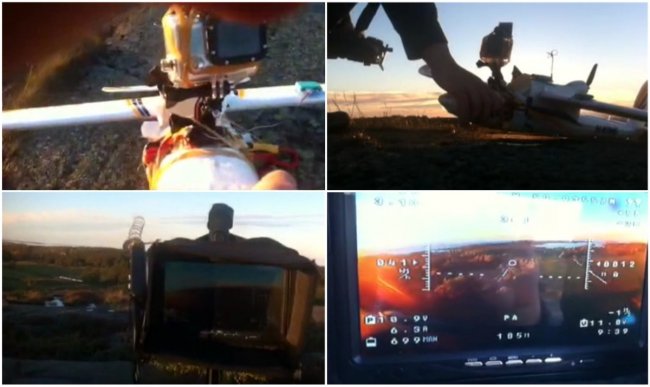 Prior to that flight I had done a handful of successful flights with this set-up. Below is a compilation of those. At the point of those flights, the Bixler itself had survived to see it's one-year aniversary somehow, despite the fact that I mostly flew it manually (really stable by itself with proper CG) up to then and many of my other planes have suffered worse fates much earlier.

The flight footage is captured with a GoPro Hero 3 Black Edition in the waterproof housing. FPV via a naked wide-angle-ish board camera from Security Camera 2000 on top. This photo taken after a flight in foggy conditions, maybe I should get a case for it... :) 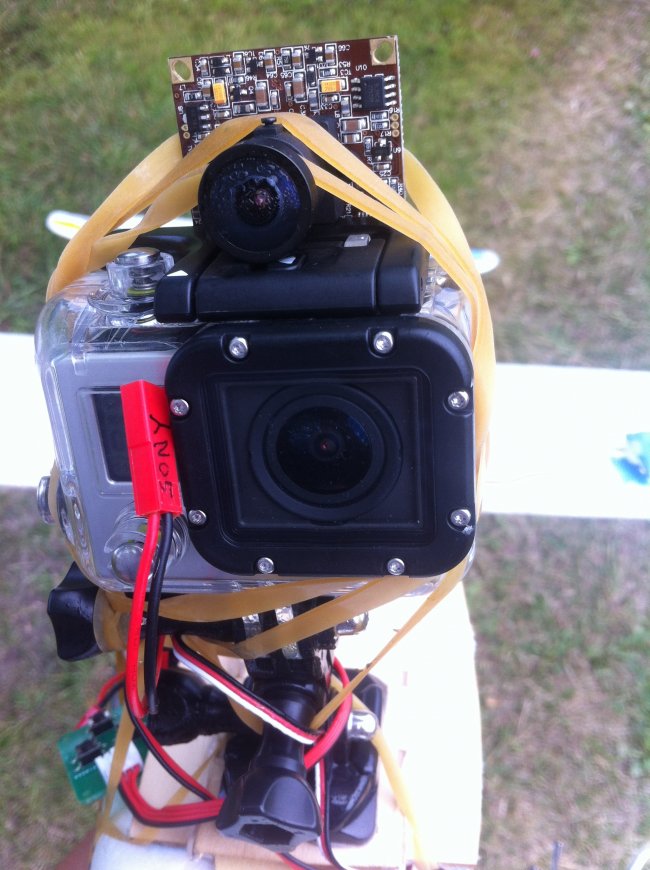 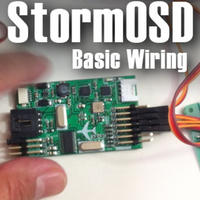 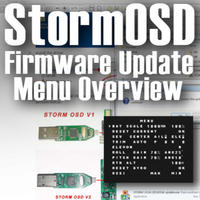 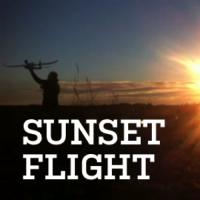 Sunset FPV flight over Kökar with the Bixler 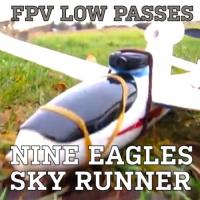 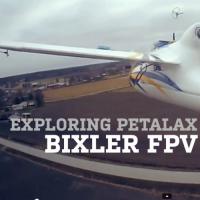 Exploring Petalax FPV with the Bixler 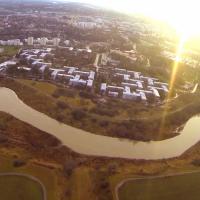 apnewton on October 20, 2013
Spectacular and inspirational
Log In to reply 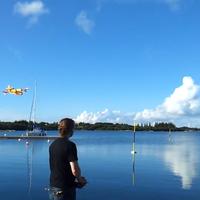