A little while ago, I had the opportunity to go flying in a glider. It was one of the coolest things I have ever experienced! I flew in a Shempp Hirth Janus glider, and the tow plane was a Piper Pawnee. Before I say any more, here is a video from the cockpit.

I can't seem to find the video of the takeoff and climb, so here's a view from the ground. Yeah, that's my mum videoing!

After towing the glider out to the runway with a car, we put the parachutes on and climbed in. When we were in the glider and ready, the instructor gave me a quick briefing on takeoff procedures while they attached the tow rope.

After we had released from the tow plane at 2000ft and made a clearing turn, the instructor demonstrated the glider’s stability by trimming it out and then taking his hand off the stick. It banked left very slowly, and he said that was because one wing is a tiny bit heavier than the other! Next, he walked me through how to do a turn, then he asked me to have a go. It was so cool! Then he flew a steeper turn (about 45 degrees bank angle), and the G force (estimated by rough maths to be around 1.4 G’s), was very interesting to say the least. It certainly put Josh Bixler’s F 16 flight in perspective! After that, he let me do all the turns and even try a side slip until it was time to join the landing circuit. On final approach the instructor opened the spoilers, and it was an instant decceleration and steep descent from there. It almost looks like you’re going to crash with the ground coming up at you so fast! Here's a video of the landing from the ground.

If you are thinking of having ago at flying full scale, gliders are heaps of fun and much more affordable than "normal" planes. I for one am going to start saving up for a full scale glider as soon as I get a job! 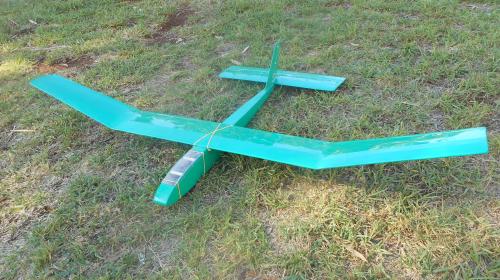 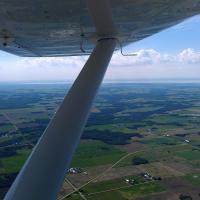 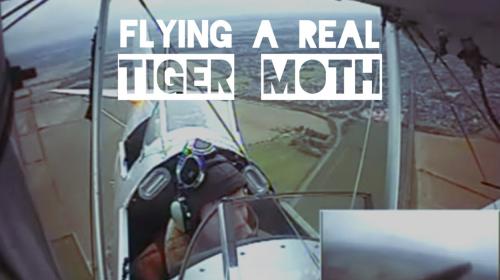 The Hangar on April 28, 2019
The tow plane or whatever the other plane that was in the thumbnail (for lack of a better word) really looked a lot like an ft duster😂
Log In to reply
Jackson T on May 7, 2019
Yeah, they're called tow planes. I'm pretty sure the FT Duster is based off one of these. Either that, or an Air Tractor. I'm hoping to build a 1.2m wingspan scale version of the Piper Pawnee after my current build.
Log In to reply 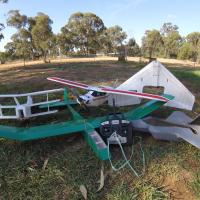