Along with the Timber X, Horizon Hobby has just unveiled a version of the original Timber: this is the Turbo Timber. 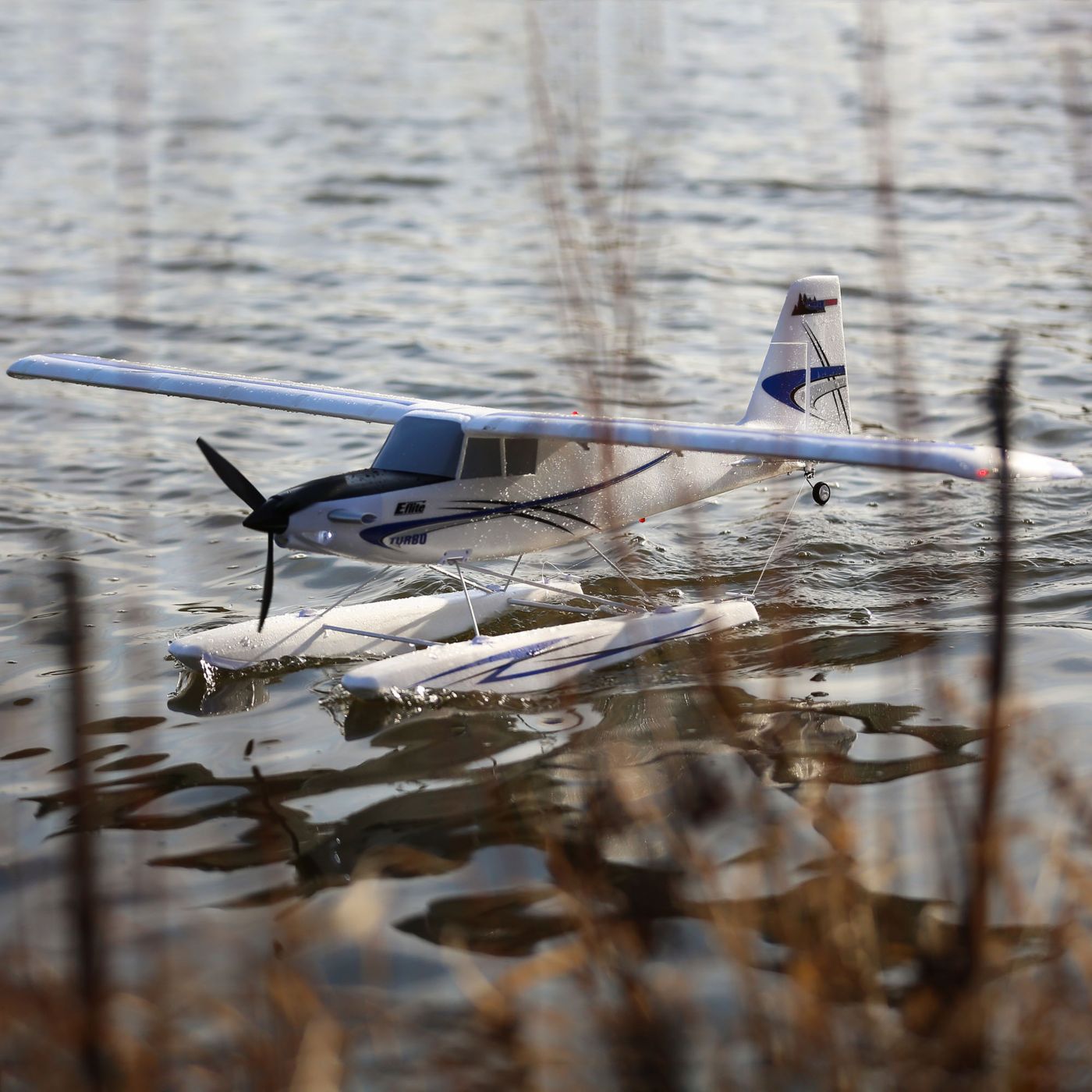 In the beginning, there was the Timber. It was, and still is, an extremely popular model. Cub types always have been. They're easy to fly but remain good all-rounders - and the Timber was the best of them all. It's Easy handling but incredible performance made it almost unbeatable. 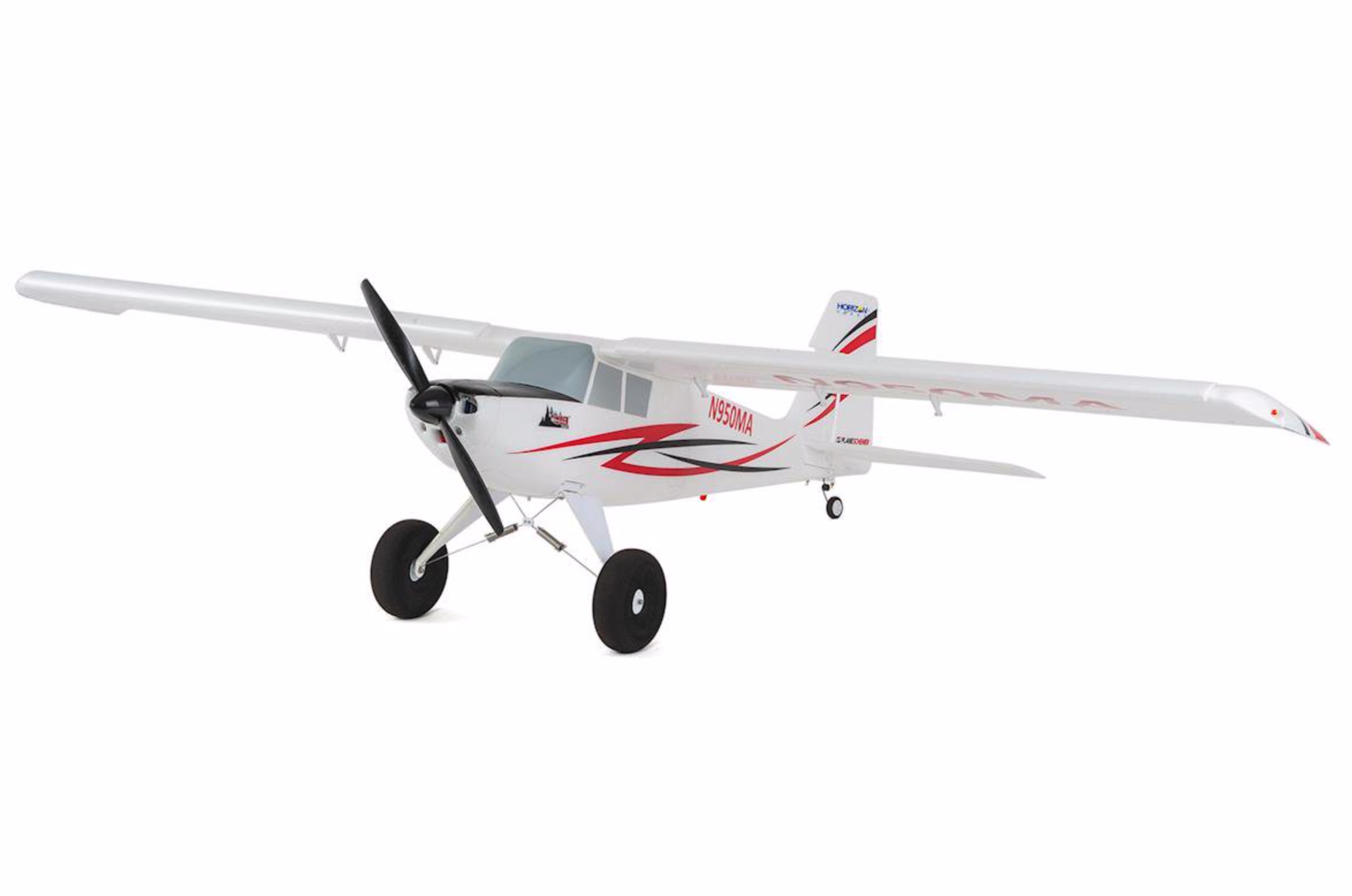 Then came along the UMX Timber. It was a scaled-down model (small enough to fly in your backyard) but retaining those easy-flying tendencies. It had larger ailerons, though, to improve on the roll rate of the original.

Just the other month, E-Flite announced their aerobatic 3D model of the Timber, the 'Timber X'. Check out the video on the Flite Test Tech channel. You'll see just how enhanced this thing is.

However, just a few days ago, Horizon brought out an even newer Timber. Its name is the 'Turbo Timber' and, as the name might suggest, it's basically the original with more power and more awesome features. 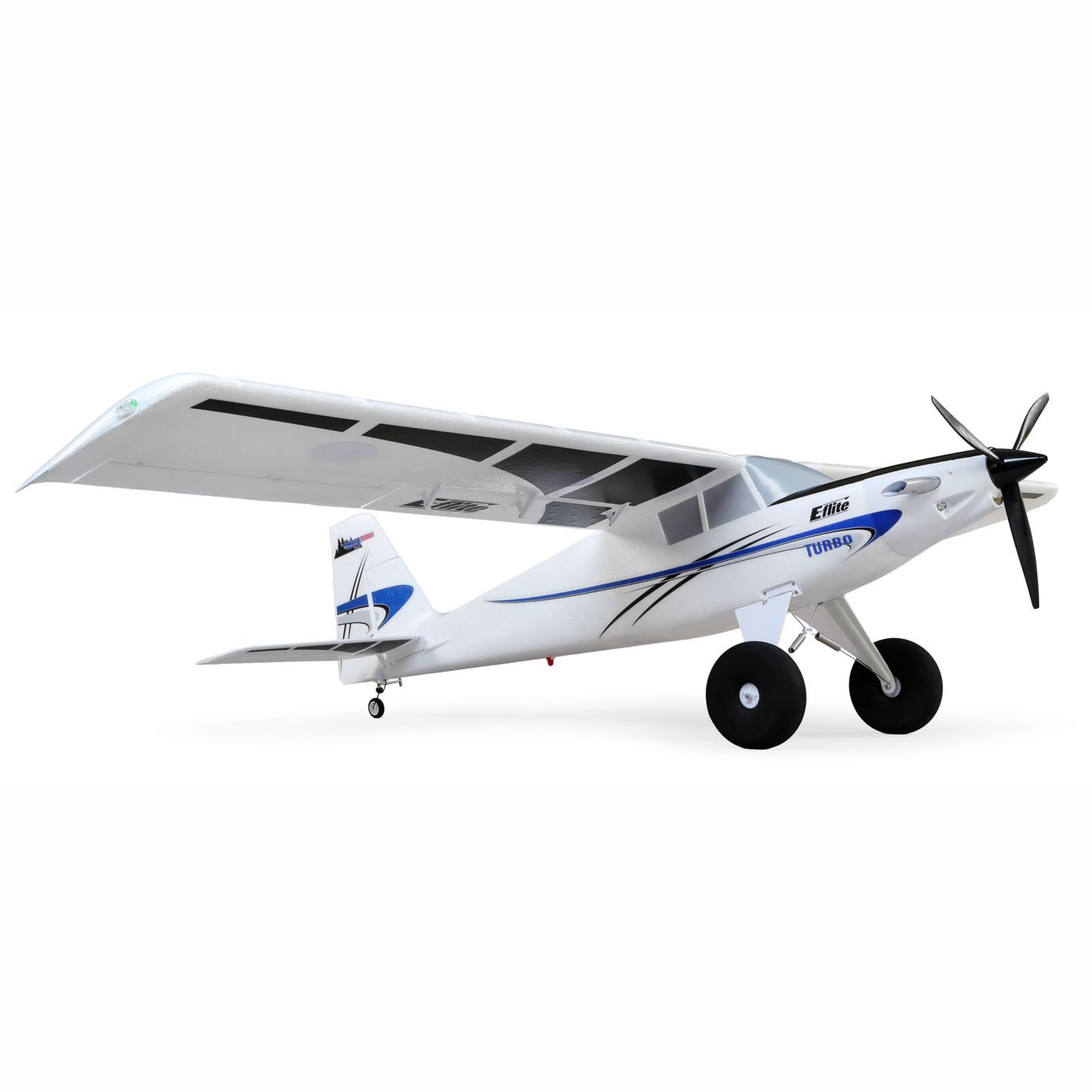 For those in a rush, here's a brief look at the numbers.

The new Turbo Timber has a bunch of upgrades over the original, but let's start with the business end. There's a higher KV motor, a larger speed controller, and a scle 3 blade prop taken from the E-Flite Cirrus. Unlimited vertical should be no problem, but you can still fly scale. 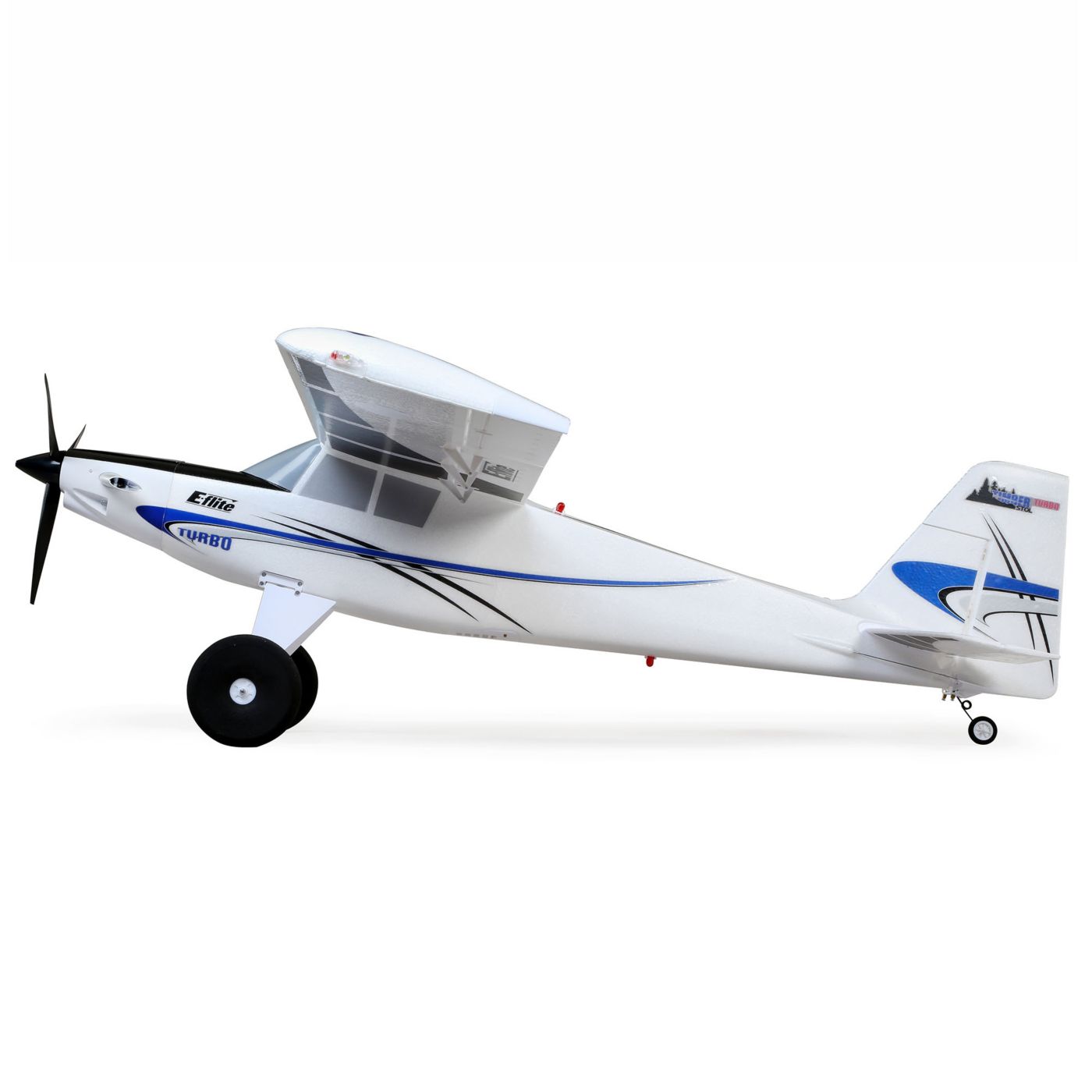 An increased top speed means the wing had to be stiffened. Overall wing rigidity has therefore been improved; it's thicker and better equipped to handle twisting forces at higher velocities. 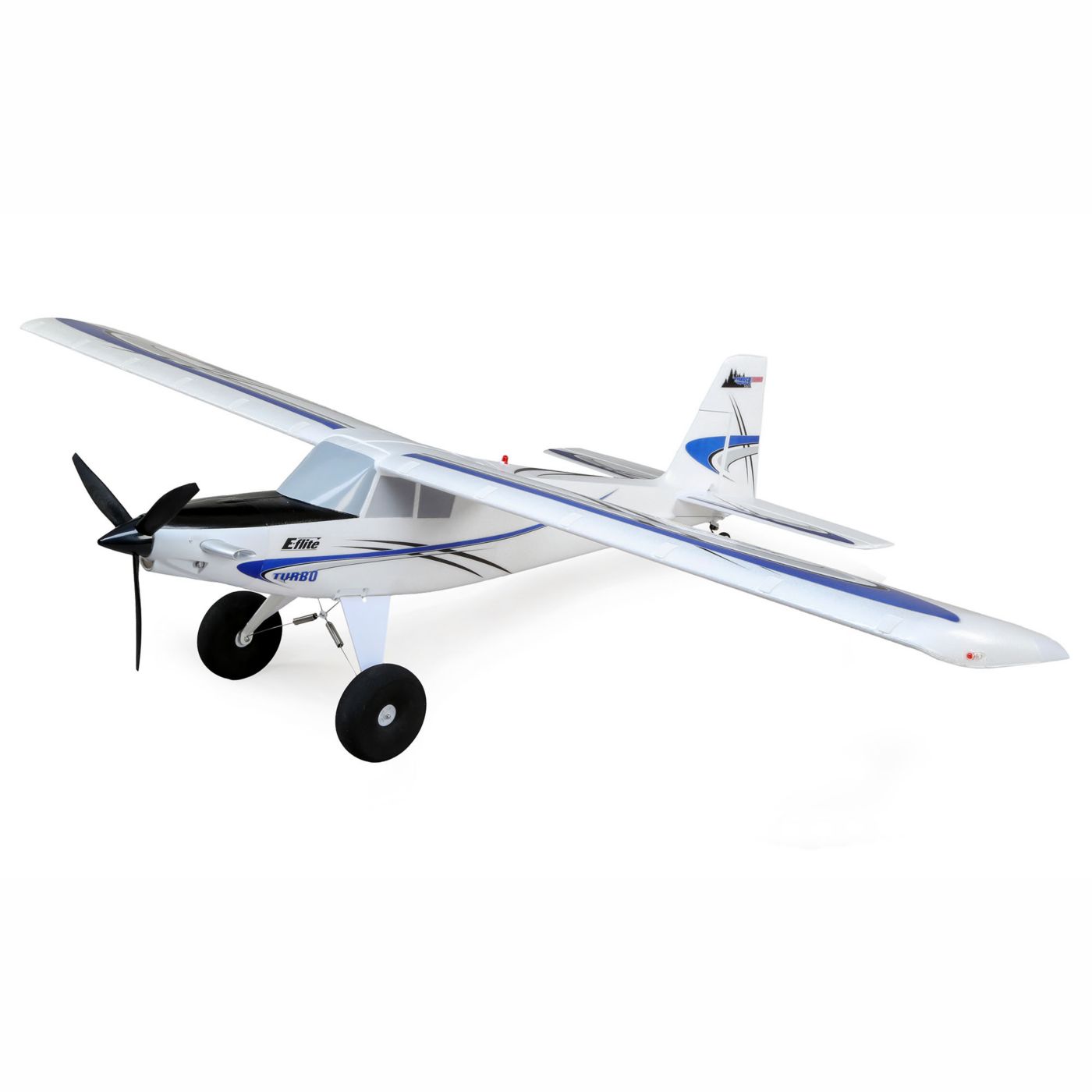 An obvious change is the new-look cowling with a turboprop style. It looks pretty rad, but you can easily mod it with an original cowl if you feel like it. It's worth noting that many of the parts of the original are compatible. Also, the original Timber will still be on sale for a while alongside the Turbo and Timber X. 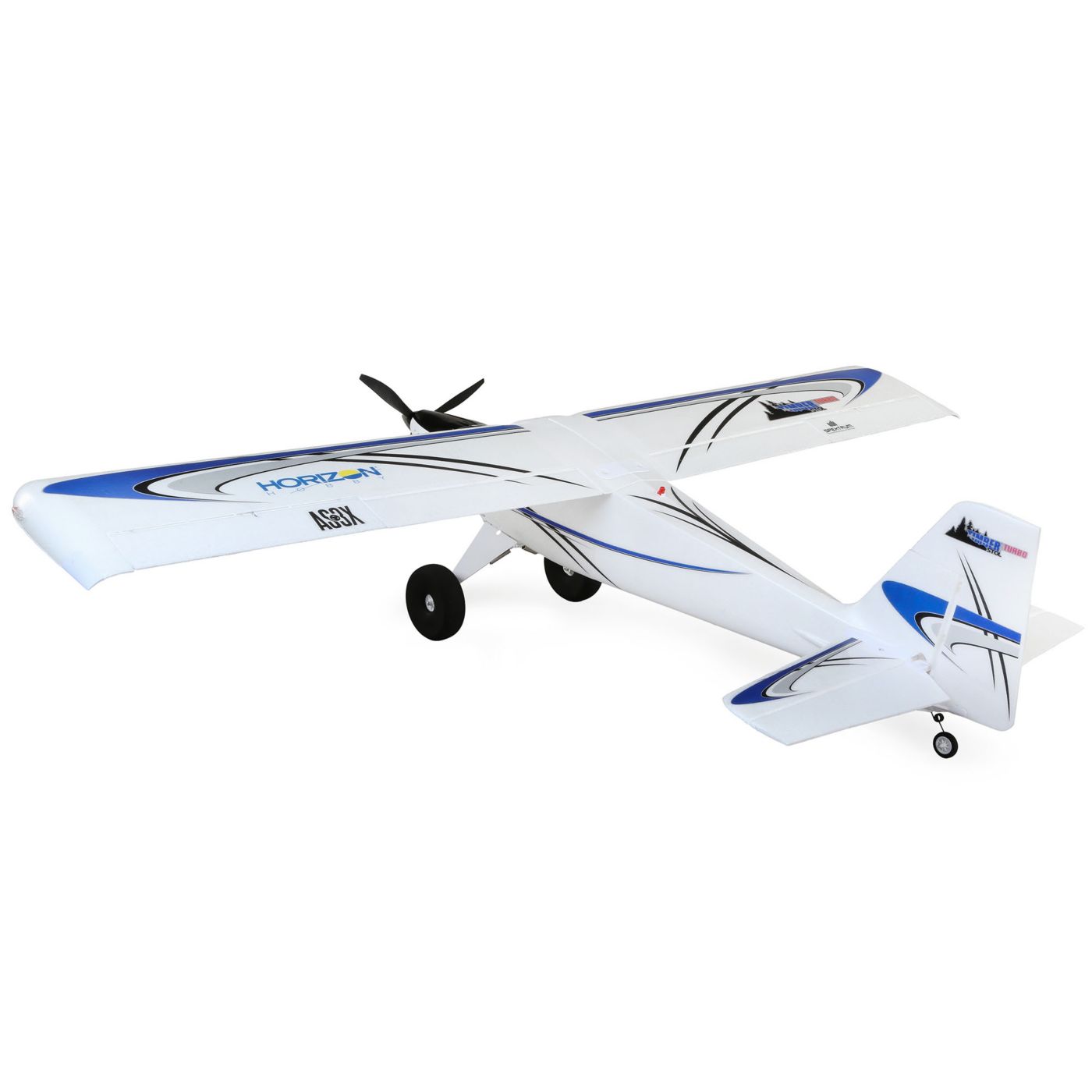 Metal geared servos have been included (pre-installed) as standard which improves on the plastic gear servos used on the old model. 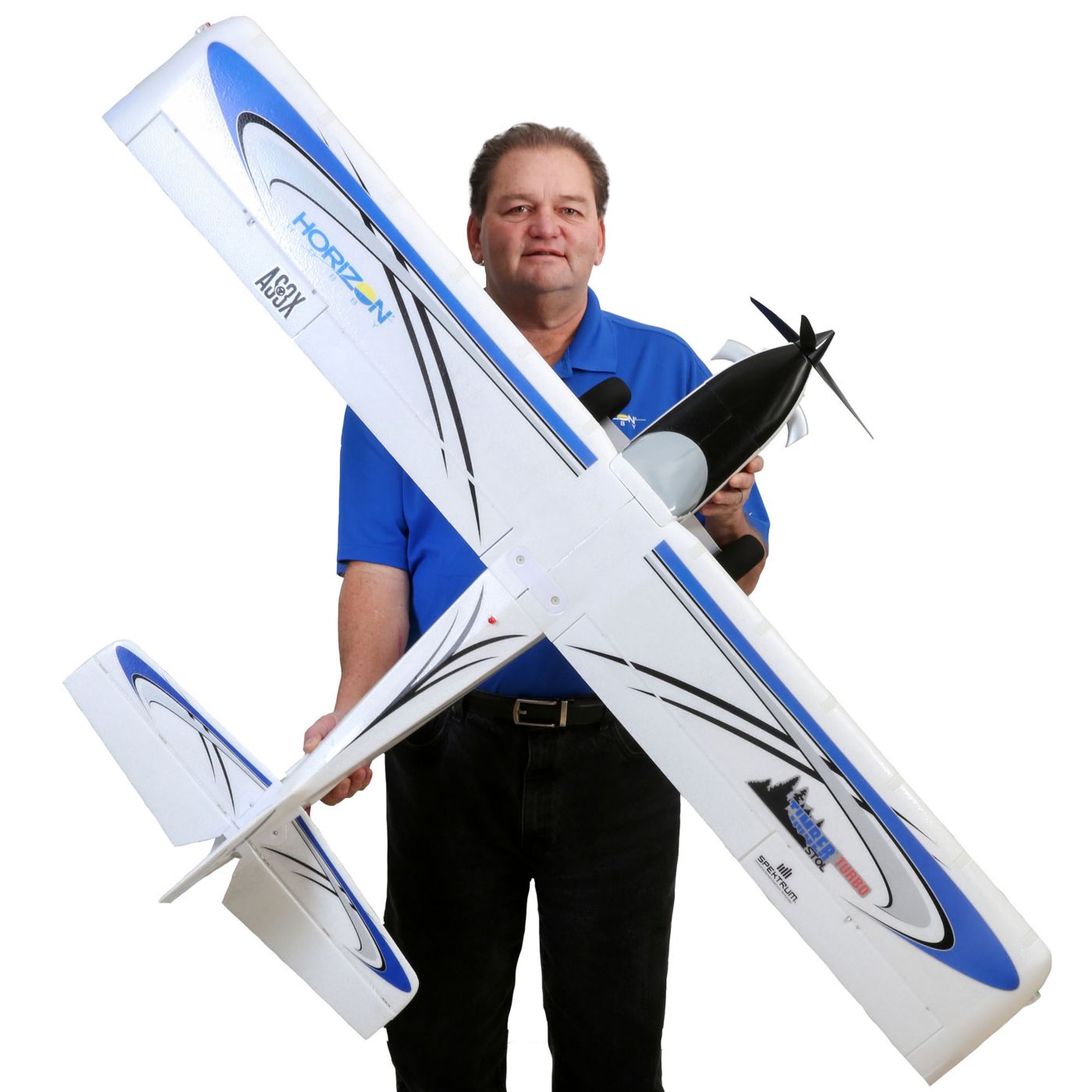 Floats are included in the box meaning you can get on the water without having to buy anything extra. 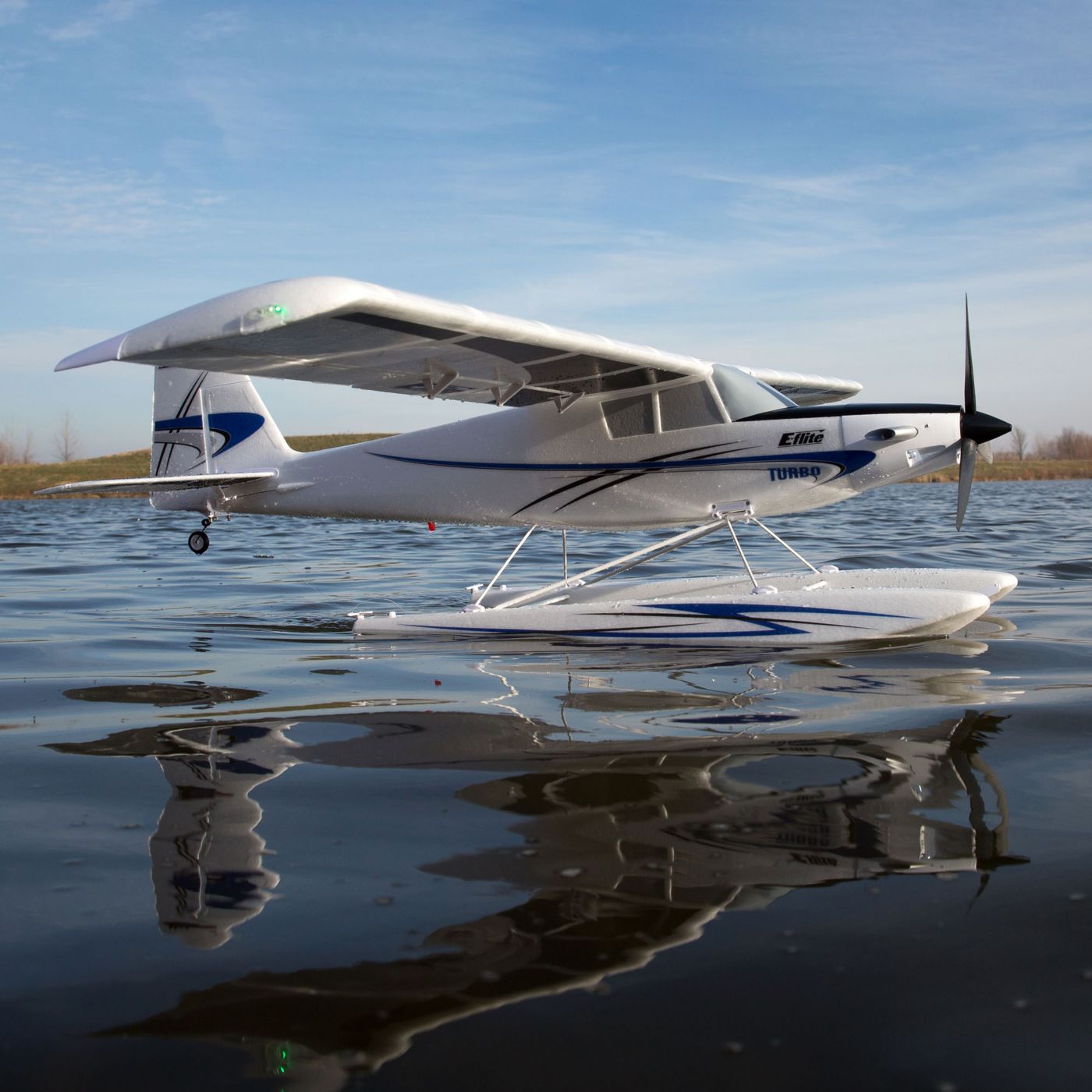 In terms of flight characteristics, the turbo has a similar wing loading to the original. There's not much of a perceivable difference, although you will notice the wing feels stiffer in the air. Clearly, you'll have a ton of power at your disposal, but really the whole aircraft is a straightforward upgrade that improves on the winning formula of the plane that started it all. 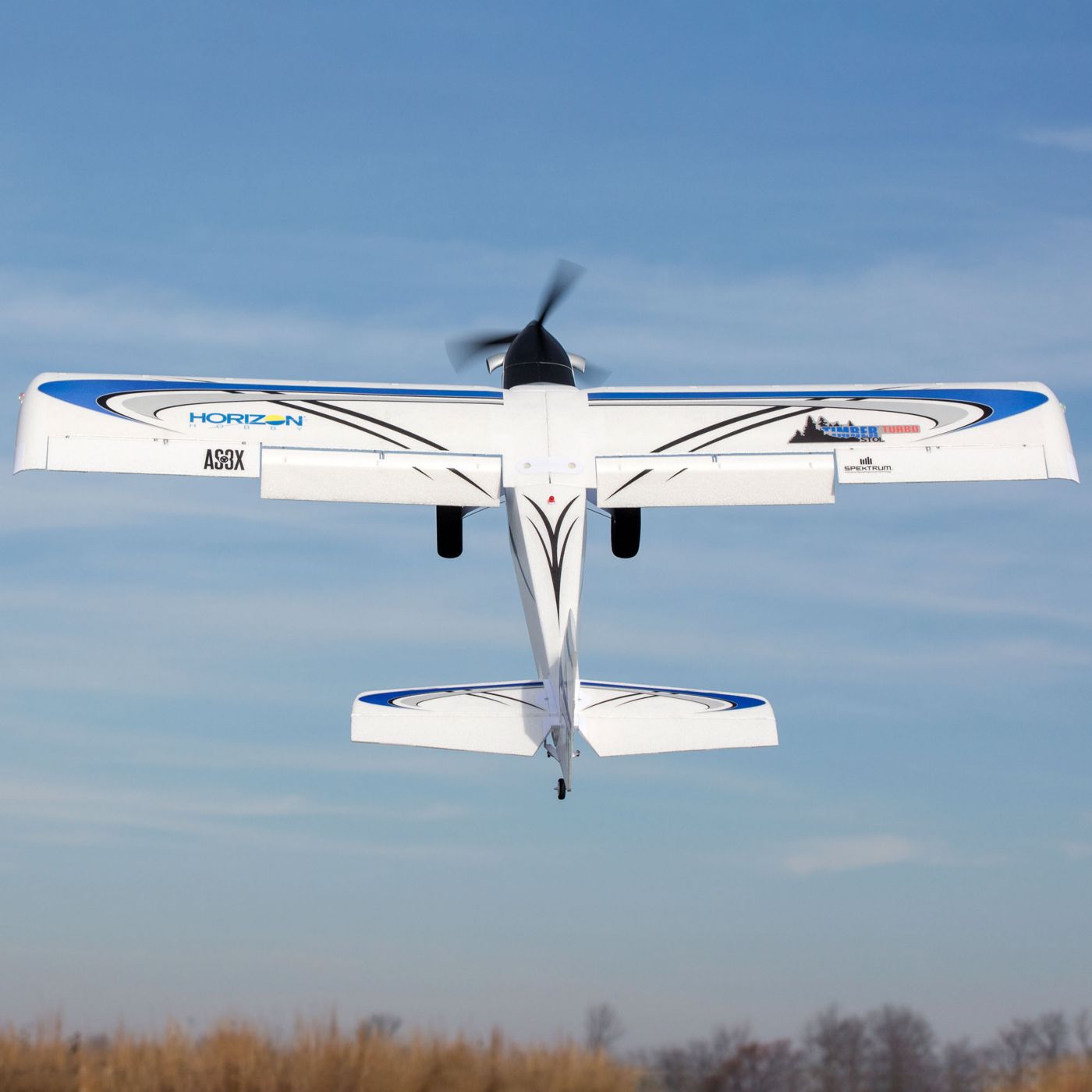 Order an E-Flite Turbo Timber from the Flite Test Store! 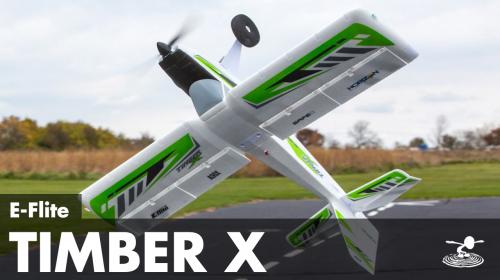 TT44 on March 4, 2019
Nice article on the evolution of the Timber and her latest design features. The motor mounts move the CG forward but the 1 ounce steel rod for the stab compensates!

I’ve tested the 5 blade 10/8 Spitfire prop on my TT. Static amps are at 50 so the stock 50 amp ESC should be adequate. Gives her more of a turbine look!
Log In to reply

Donorak on March 16, 2019
Just got this as my second plane after the UMX radian. Was looking for something with power but easy to fly and land as iv'e only done belly landings. Looking forward to taking it up in the air
Log In to reply