QAV250 has gone under some changes due to the TBS Core PNP 50 introducing noise into my video feed.  While the TBS core is back on its way to Hong Kong, I had find an alternative way to step-down my 4S lipo to 12V so that I could power the 12V VTX which supplies 5V out that I use to power the Naze32 Acro, which inturn, powers the RX.

I found a step-down on GetFPV.com.  When I was searching for documentation on the step-down, I found that the manufacturer also sells direct to the public. So, I ulitmately bought from Pololu.com. 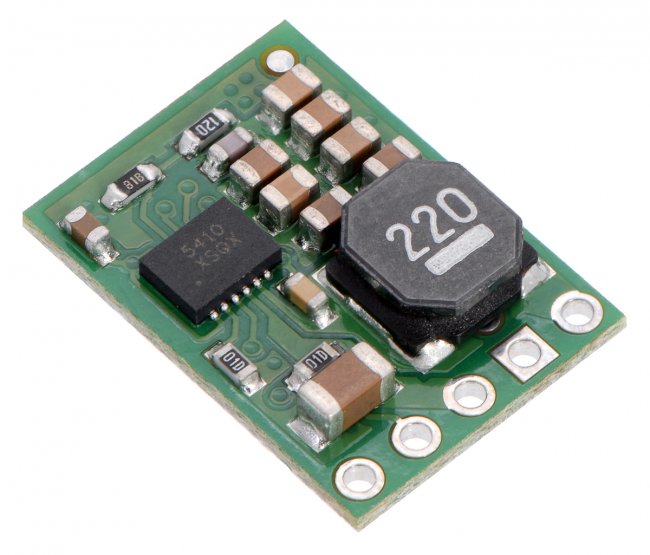 Although the picture is huge, this guy is .5" x .7".  Smaller than the size of a quater.  Very light weight and simple to wire-up. 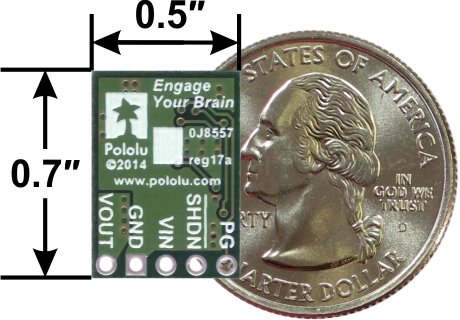 There is some logic built into the circut that would allow you to shutdown (SHDN) the 12V power with a signal feed from your RX.  This functionality would be redundant with the Naze32 since it also has a way to arm the motors.  I can't think of another reason I would want to shutdown the power at this moment.  To hook it up, it is as simple as soldering a +/- feed from the PDB to the VIN(+) & GND(-).  Then take the VOUT(12V) and run it to the VTX.

Once I had it all wired, I put heatshrink over the board and stuck it to the cover for the Naze32 with a piece of 3M double sided foam tape.

Removing the TBS core OSD shaved a lot of weight off, cleaned up the layout of components and cleaned up my video feed.  Also, with the additional room, I have been able to move the TX below the top plate and foward on the frame, lowering the CG (center of gravity) and allowing me to get the CG in the middle of the frame where it is supposed to be.  In the previous setup, I could not move the battery far enough forward to offset the layout of the components and I flew it slightly tail heavy. But now that the TX has been moved forward by 20mm or so, the CG falls perfectly on the center of the frame.  I put my battery in, leads first and then connect the battery leads together by crossing under the frame.  This, again, helps keep as much mass near the CG improving the speed that it can flip or roll.  (not that I am that good of a pilot yet, heh) 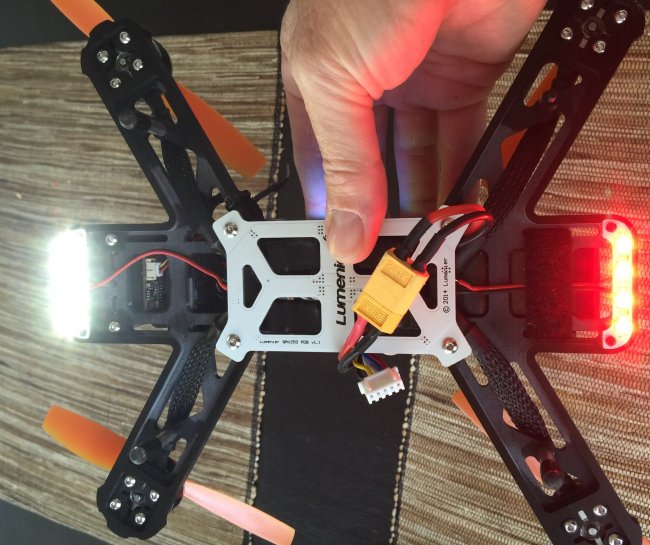 I am using my TX timer to make sure I land before I drain my battery.  I started out conservative on time, 3 min.  I am slowly increasing my flight time after checking the remaining voltage when I charge the batteries for the next flights. 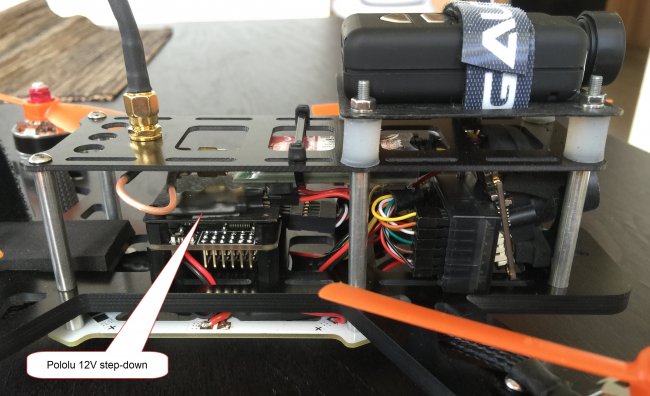 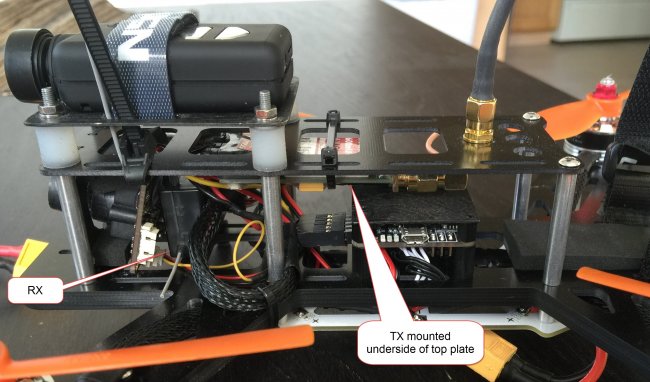 All up weight is now 634g!  This little guy starts hovering now around 40% throttle. 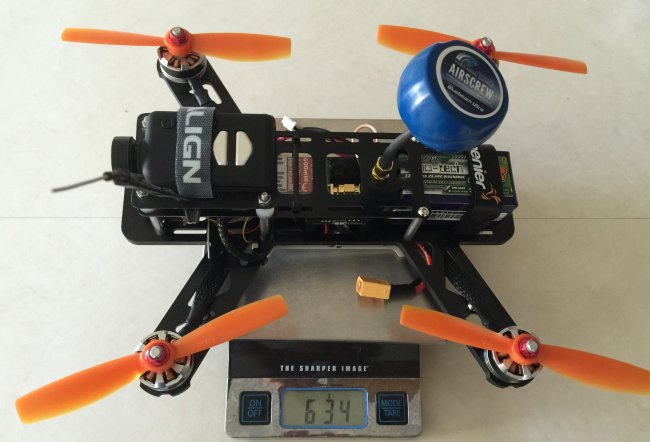 Noise in video feed below that the TBS core PNP50 must have been creating. This is one frame of it hovering.  The lines appeared only when the motor was armed.  At idle, the lines were almost invisible.  They became bigger as the throttle was increased. 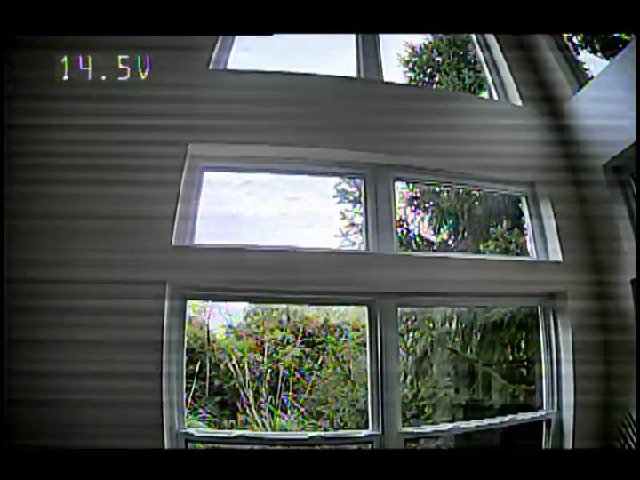 Short video for fun. Getting better flying FPV with quad.

HilldaFlyer on November 16, 2015
I'd say you're pretty darn good at flying FPV - cutting through the trees like that.
Log In to reply 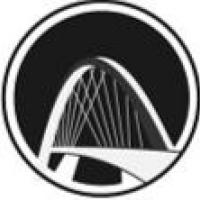