I have been flying FPV for a few years, and I have stumbled upon a great recipe.

Like all aspiring FPV pilots, I watched all the hot rod videos of pilots zooming down mountainsides and around New York. I also watched the boring long range flights, studying the data on the on-screen displays. What was going on in Europe, and elsewhere in the world, was nearly impossible here in the US because of limited knowledge and noisy air. I think America is finally catching up, and the air is becoming noisier now. When I finally decided to jump into FPV, I bought all the wrong stuff; long range 900mhz and 2.4ghz systems that were being used in Europe, the chainlink to save some money and the complex, but capable, Dragon OSD+. I decided on the Bixler for my aircraft, and bought two of them before I realized I was just trying to carry too much crap. I was also placing a Contour HD camera on the nose. Wow, what a recipe for failure. I did just about everything wrong, and threw a pile of money down the drain. Heed my advice seriously. DON'T DO THAT!

Fast forward a couple years, you will now find me with a $30 piece of foam, the most basic FPV setup you can buy, and a huge smile. Soon, I discovered that this 2.4ghz thing was true, sander was the devil. Ibcrazy was an architect previous to his career as a prophet. All of a sudden, I found myself in love with FPV, so there was only one thing that I could do. Share it with you. 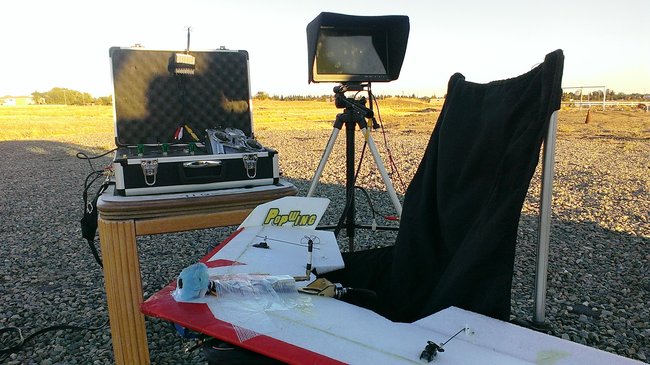 Recently, I threw this little airplane together out of spare FPV gear that I had lying around, and I have had more fun with it than any of my past FPV aircraft. My revelation was simplicity, pure FPV in it's simplest form. I have been helping noobs get into foamies over at RCPowers for years, and one of my primary lessons is KISS (Keep It Super Simple, or keep it simple, stupid). I realized I wasn't taking my own advice when it comes to FPV, durr. "How could I fly FPV with the simplest setup imaginable?", I asked myself.

Turns out the simplest way is also the most fun, not to mention easy and cheap. In fact, IBcrazy had it right all along. No OSD, no fancy autopilots, or long range radios, just pure and simple, no-nonsense FPV on a solid flying airplane. I should have taken him more seriously a few years ago. I have made a complete list of parts with links to buy if you wanted to build the setup seen in these videos. Of course FPV is subjective, and I am sure you can build this for a lot less money. This is stuff I had lying around when I began this project, and it worked out perfectly. The progressive upgrade to this is a long range system like Dragonlink, and I plan to put one of my Dragon recivers in mine. So far, I have been flying this on the dreaded Spektrum (DM9 module/JR XP9303).

Do not buy and use FPV gear that others recommend simply because it worked for them, FPV is a subjective hobby. Learn about what freaquencies work best and are legal in your local area and the places you wish to fly. This setup was flown near Sacramento California and works well in urban California environments.

Total is about $300 without googles or a screen, I will leave that up to you (maybe you already have one). The costs and preferences vary greatly. If you wear glasses like me, get used to a monitor, it just works. If you have the money and want the cool goggles, go for it, but they cost as much as all the other stuff on this list combined.

With the power of the famed microjet v3 (2200kv) and the 6x4 prop you have unbelievable speed. Speed is essential for fun short-to-medium range FPV. But the 6x4 will also pull you out of trouble, it does't take long to spin up and gain thrust, this makes it very popular with propjet (parkjet) pilots. The popwing is a nice, solid airplane with a good airfoil, designed for much slower flight, so beef up those elevons with tape. It can slow down to a crawl if you want it too. This means that the flight envelope of this entire package is very large, this is one of the most capable RC airplanes I have ever flown, period. I basically taped the FPV gear right to the top of the wing, but you could make a very clean one with the blunt sections sold in the FPVlab forums. Okay, enough reading, lets get to the good stuff.

And without further adieu, I give you my little popwing that could.

This is my 1st test flight with the Microjet on the popwing.

Here's the popwing on a 1000kv motor before I realized it needed more power.

Be sure to check out my website www.ParkFlySac.com for a lot more videos from me and my local buddies. And if you liked the videos subscribe to my youtube channel!

rezq911 on August 26, 2013
Looking to get out of my fat shark goggles. Can you recommend a cheap LCD that doesn't "blue screen" ?
Log In to reply
squishy on August 26, 2013
I would recommend any of the LCD screen sold by ReadyMadeRC.com, I have owned about 5 LCD's and the few I have from ReadyMade are by far the best ones. You don't want a cheap LCD, you want a good one. The cheap ones from ebay and such are not bright enough and hard to use.
Log In to reply
gmyers2112 on August 30, 2013
you sure its not "Keep it Syrian, Sizemore?"
Log In to reply
markvanhaze on September 11, 2013
I wholly agree with Squishy! I did pretty much the same mistakes when I got into FPV and ended up just the same, with a simple wing that gives me a huge smile! 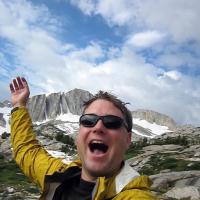