Hello FliteTest! This week I finalized the design and built the 50% scale solar airplane prototype. I'll complete it's first flight next week!

This 50% scale prototype will test some of the design elements of that airplane. It doesn't carry solar panels as it's wing area would be insufficient for a good test, but that it is coming up on the 75% and of course 100% scale versions.

Filmed, Edited, Produced and Published by Trent in Arkansas, USA

jamieFL on July 5, 2015
Glad to see you are back. Why do you do that? Great looking plane. How do you cut your wing cores? Might be a nice video tutorial.
Log In to reply
MyGeekShow on July 11, 2015
Thanks! I used to cut them by hand using nichrome wire and a steel guide that I made, however now I order them from flyingfoam.com.
Log In to reply
ABCrc on July 7, 2015
first off i like the modularity (if that's even a word) and i love the idea of a duration plane.
like the others that commented i recommend Dihederal, I've had great luck with "three breaks" on my rudder only planes (kind of like the Old Fogey wing). I would also think about a slower thicker and wider wing in the past that has actually given me better stability and duration than thinner higher aspect wings. I can't wait to see this thing when it is finished.

Log In to reply
MyGeekShow on July 11, 2015
You're right! I flew this airplane and it essentially failed. Hard. Without roll control it couldn't stay in the air. That thinner wing too couldn't offer sufficient lift at that cruise speed to be usable. I'll post that video here shortly.
Log In to reply
FlyJuice on July 11, 2015
Would you need to maybe create V-tail or inverted V so A style? Since the rudder induces small amount rotation anyway would it make sense to maybe use ailevon style control or vtail mixer since you are not planning on going that fast anyhow. to counter torque roll you could use maybe 2 smaller counter rotating motors (or even multiple to reduce the amount of drag caused by the props and cancel roll but also allow more flat turns) I personally would like to see this work without dihedral or ailerons on the wing. I like the design of this one.
Log In to reply
Paulshort on July 6, 2015
It looks like it will need some dihedral with just tail controls I have had trouble steering planes with just rudder elevator control
Log In to reply
Daniël on July 6, 2015
That's what I thought when I saw the video, it could be difficult to keep the plane level
Log In to reply
MyGeekShow on July 11, 2015
You guys are right! It ended up not working at all! I'll post that video here in a few days : ) You have to have dihedral or ailerons or some kind of roll control
Log In to reply
hotwax on July 6, 2015
Hi Trent,

you do a duration plane with the wingshape for best glide at high speed and a bulky fuselage?

I would have expected a low drag fuselage and a low sink wing. Adding a small geared motor and a large propeller just like rubber powered models are made. This would stay up for ages.

Beware of flutter
Log In to reply
MyGeekShow on July 11, 2015
Yes, this airplane's purpose was just to learn some of the basis, and has many design flaws for the ideal set up. The final version will be much more streamlined. Can you tell me more about low sink wings?
Log In to reply
nagromnewo on July 10, 2015
You are going to need dihedral. Also, I agree with other posters on a sleeker fuselage. What are those batteries? They look like NiMh? I would expect LiPo to have a much better power to weight ratio.
Log In to reply
MyGeekShow on July 11, 2015
Yes, dihedral (or some kind of roll control) was needed. Didn't fly : (

The batteries do look like NiMh, but they are NCR18650B, an advanced version of LiIon batteries with 2x the energy density of LiPos.
Log In to reply
Kurt0326 on September 25, 2015
I was thinking of building one too, can't wait of the update.
Log In to reply
Planiac01 on September 3, 2015
I have had the same idea before! Great minds think alike I guess.
Log In to reply
dominoeffect on July 14, 2015
Be careful with using minimal throttle because if I remember right the disc area of the prop induces more drag than no power. I don't know if the efficiency increases linearly. And also wouldn't a dihedral wing be less effective because the angle effectively makes the wing shorter. I don't know that the savings would be greater than the advantage of a flat wing with the weight of aileron equipment if you do use ailerons you should look into a single servo like on balsa planes and also wouldn't a spinner and more curved body lines lead to less wind resistance and give the control surfaces a proper airfoil perhaps and maybe look into a covering film the strength would possibly be better than the laminate and may reduce the need for spars if the foam has great enough compression strength and a flag bottom airfoil would also be better for the low speed you are after as they create better lift at than a symmetrical airfoil at low airspeed sorry if the comments are a tad painful to read I am worse to talk to. best of luck with the project it is a very interesting idea 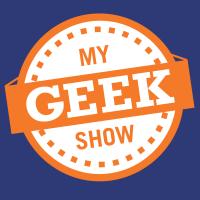