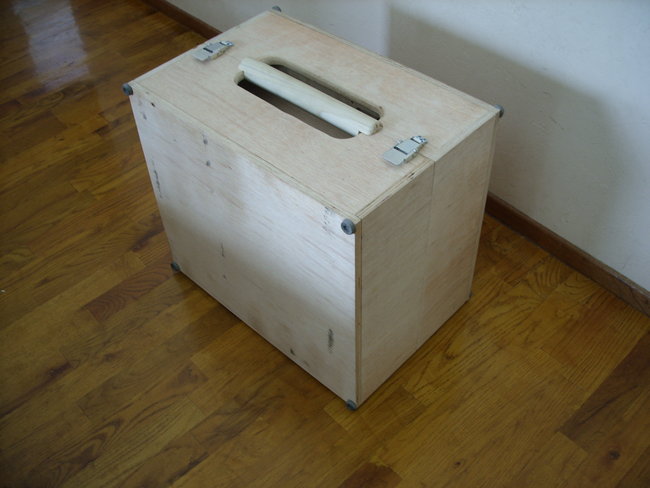 Many of us have projects where we would like to make a canopy, or a motor cover, etc. Often times a Vacuum Former is needed to make those parts. Not having one, I made one. 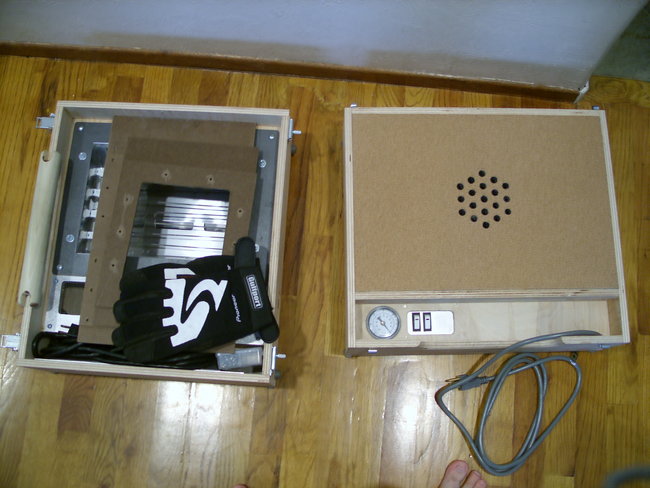 The heater side is simply just a floor heater that I placed into a new housing. I kept its backing/heat reflector since it made a nice holder for the heating element, and helps keep the wood from getting too hot.

There are many types of set ups, from having a grid of holes to a single central hole. Using a house hold vacuum to high pressure tank systems. I chose to go with a central set of holes and a tank system on mine. 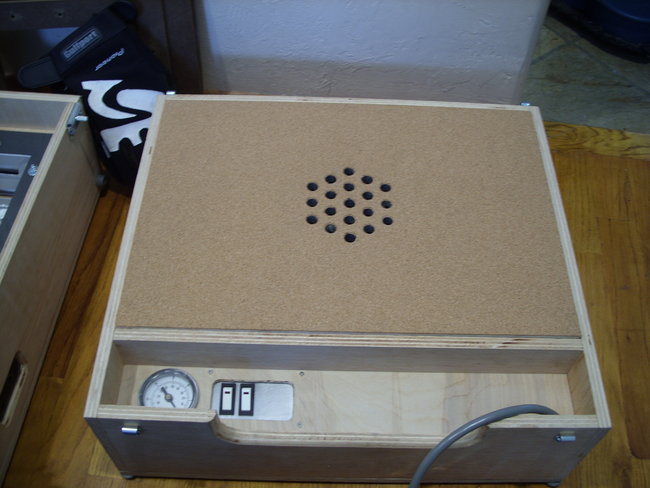 Only having a small group of holes in the middle of the table has some advantages. I can make both large and small parts with the same table, and not have to try and cover unused areas of a table like if I was using a large grid of holes, or using a much larger piece of plastic and wasting a large amount of material. 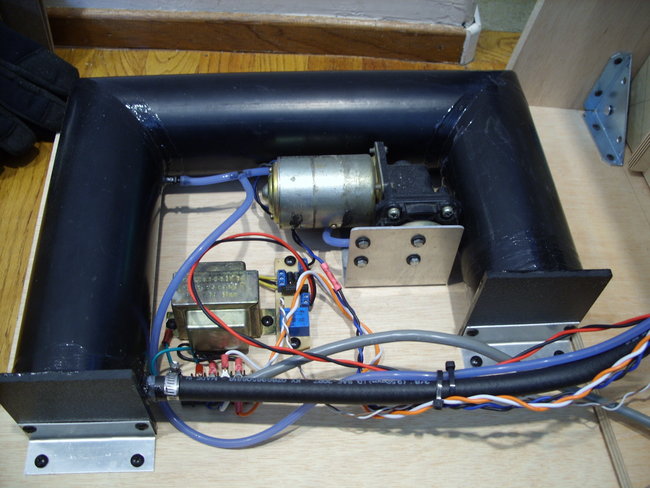 Inside is the tank. I made my tank from a 2' section of 3" ABS plumbing pipe. Instead of using the corner bends you can get from the hardware stole, I cut the pipe at 45° angles and re-glued it back together to get those nice right angles on the tank. ABS glue was used to also put the ends on the tank and also put a layer of glue around the outside of each seam to make sure there where no holes. I was able to test this to 29hg with no problems or leaks after 2 hours of holding that pressure. I decided to use a pump and tank system to keep the final set up small, self contained and quiet. I don't need to hook up a LOUD house vacuum to do my projects. Something anyone around me appreciates, along with the cats. 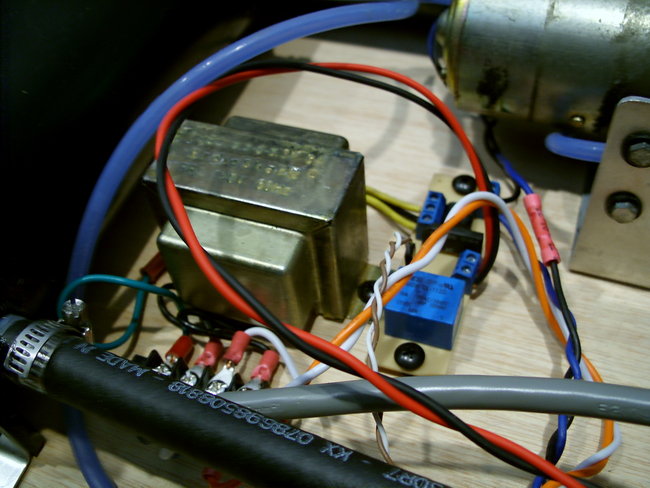 Powering everything inside is a small 6.3v/12.6v center tap transformer. Depending on how you use diodes you can get either 6.3v or 12.6v. I set up my power board to do both. 6.3v going to the pump, and 12.6v for the vacuum solenoid. 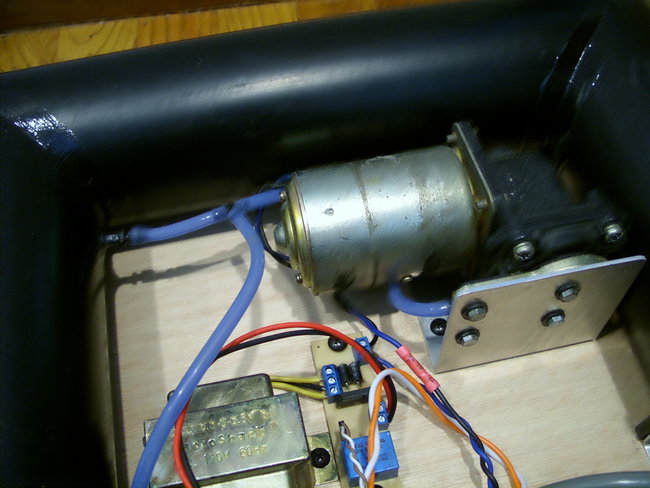 The pump is from an old car. You can find these in a lot of Japanese cars from the 80's-90's, in this case, from my old wrecked 1984 Dodge Conquest (Mitsubishi Starion). The nice thing about using auto components is that the parts where made to a high standard. Parts from the 80's-90's cars where also built to be serviceable, unlike newer car parts that are almost throw away. This pump will pull all the way down to 18hg. 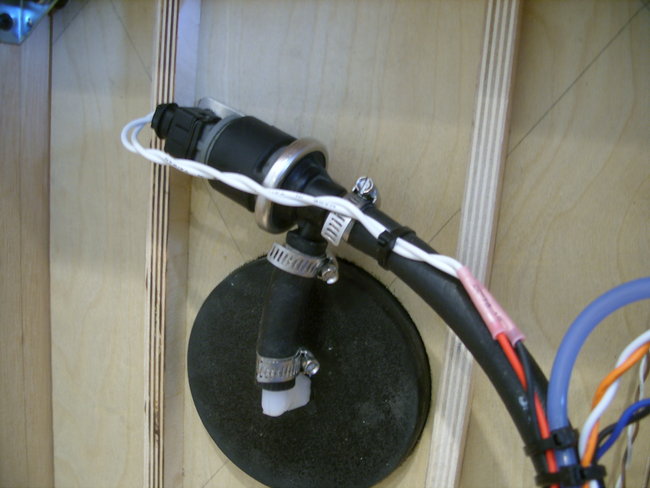 Holding back all that pressure is this 3/8" vacuum solenoid I found in a VW Passat. Once the plastic has heated up enough and the tank is ready all I must do is place my frame holding the hot plastic on top of the table and push down. 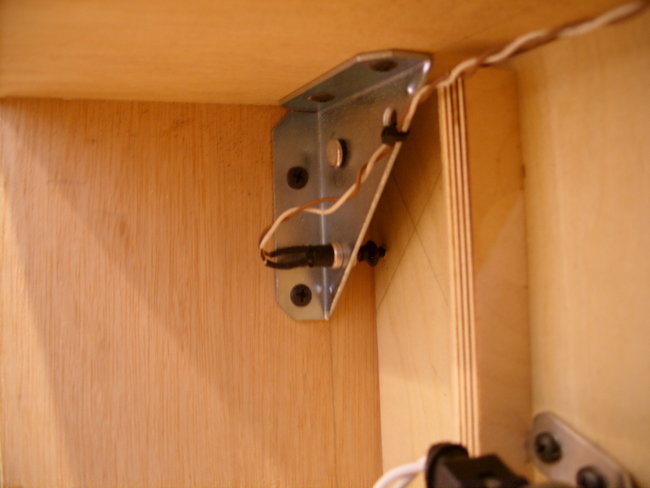 I have two switches on opposite corners of the table top that will trigger a relay to activate the solenoid. Solenoid activates, pulling the air out from inside the area of the frame and plastic, pulling the plastic down around the plug. 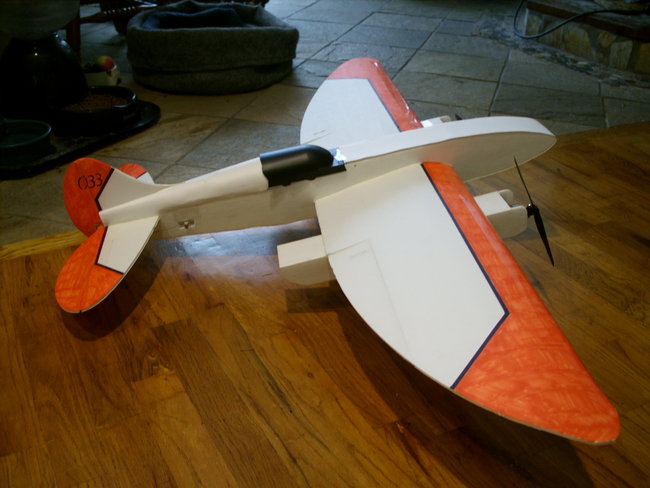 Once that is done all you need to do is trim away the unneeded plastic and secure it to your project.

Final suitcase size came to 18" x 16" x 12". I added on some nice rubber feet to keep things from getting scratched up. They also help to dampen the vibrations of the vacuum pump. If you know where to look for the parts you can build one of these for less than $100. 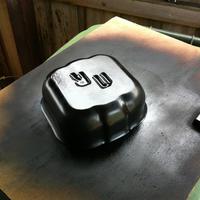 x3mperformance on May 20, 2013
What a superb project.
Canopy's. Fuselage's, servo covers, Wheel skirts, motor farings, nose cones, protectorplates, wing skids, floats, you name it...
This will do all of the above, and much more.
Only the imagination sets the limits.

Rene'
Log In to reply
OutcastZeroOne on May 20, 2013
Thanks. another nice thing about using that central hole set up is that if I need to make something bigger, all I need to do is build an adaptor plate to go on top of the original, or set up a secondary "power takeoff" for a larger platform. I've even been able to work with 0.030" lexan.

If you watch the video in the related artcle, you can see the noise level differance too.
Log In to reply
sailorJohn on May 20, 2013
I believe you stated you were using a plate as plastic material, could you describe the plate and your sources of cheap plastic material. You seem to be very concerned about the noise level, I would probably use a portable as vacuum source if it would work .I've been waiting 3 wks for a starter cowl and could have built a vacuum unit in that time and saved 10+ dollars. off to goodwill in search of heating unit. possibly heating element from space heater.
Log In to reply
OutcastZeroOne on May 20, 2013
I got the plates from a party supply store in town. Lots of colors and options.

As for the noise level concern, I simply wanted something as quiet as possible to not disturb any neighbors. A running vacuum is very loud, but most will do the job. Having a heat gun handy to spot heat areas as the vacuum pulls is also a good thing to have around.

Good luck with your project. I am by no means an expert, but I will help as much as I can.
Log In to reply
sailorJohn on May 20, 2013
thx for the quick reply! found a nice square space heater.
Log In to reply
Splatwillicrash on May 21, 2013
Very nice level of attention detail and workmanship. I love the fact your concerned for your cats, (and your neighbors). I would love to build one of these for the Maker Space I am at, but am up to my ears in other stuff. I think you could sell FT Cruiser Canopies for a couple bucks, sell em in a 3 pack for 5 bucks.
Log In to reply
OutcastZeroOne on May 21, 2013
Thanks. Ive got a few more projects inline. Just got some more material to get going on them.

May have to do the canopy packs to have to pay for the addiction.... Hobby :D
Log In to reply
Splatwillicrash on May 21, 2013
Do you think this would work for the Vacuum pump?
http://www.ebay.com/itm/12volt-Electric-Vacuum-Pump-brake-booster-/300906681495?pt=Motors_Car_Truck_Parts_Accessories&hash=item460f6f9497&vxp=mtr

Hey guys no outbidding me now.....
Log In to reply
OutcastZeroOne on May 21, 2013
That should work but what the price is up to I would go wreaking yard hopping first. You can talk the guys down at the smaller yards useuallly. Big chain, like Pick-n-Pull you cant negotiate with since they ahve set prices.
Log In to reply
earthsciteach on June 21, 2013
Fantastic vacuum former! I missed this article, somehow. Works way better than my method!
Log In to reply
flyn_brian on February 9, 2014
Awesome vacuum former. Thank you for sharing it . I like the fact that you used automotive parts for some of the key components.
Log In to reply
Yogenh on March 23, 2014
I would like to know what kind of pump it is so that I will know what to look for on the cars
Log In to reply 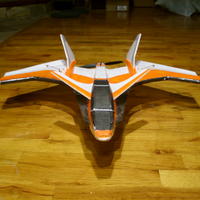