If you like flying fast, you're probably going to like the sound of this 120mph racer, the E-Flite V900. This plane is an absolute beast capable of smashing the 100mph barrier on just a 3s battery. Here's what you need to know about Horizon Hobby's latest speed machine. 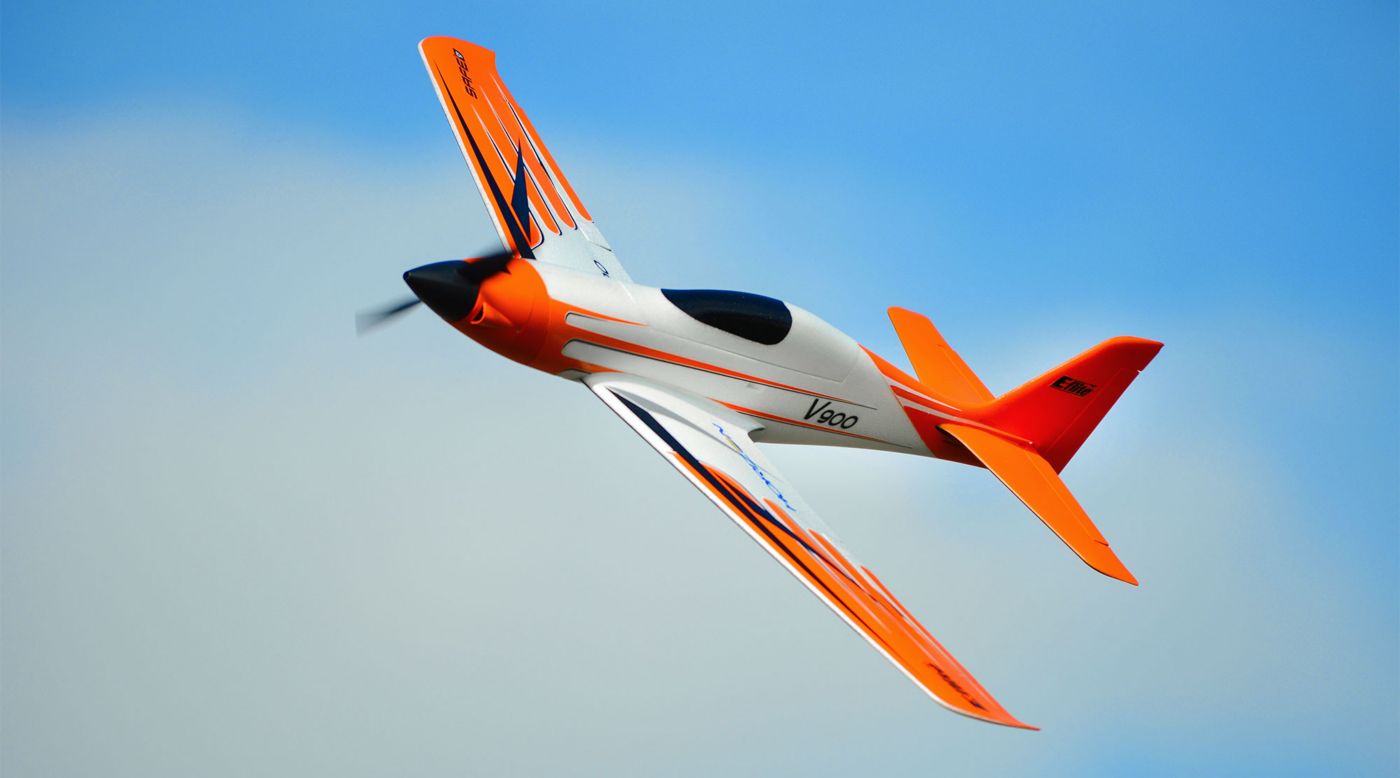 First off, let's talk a little about the styling. In my opinion, this aircraft looks simply fantastic. Built for speed, the swept wingtips and stabilisers have a pylon racer feel to them. They shout 'performance!' 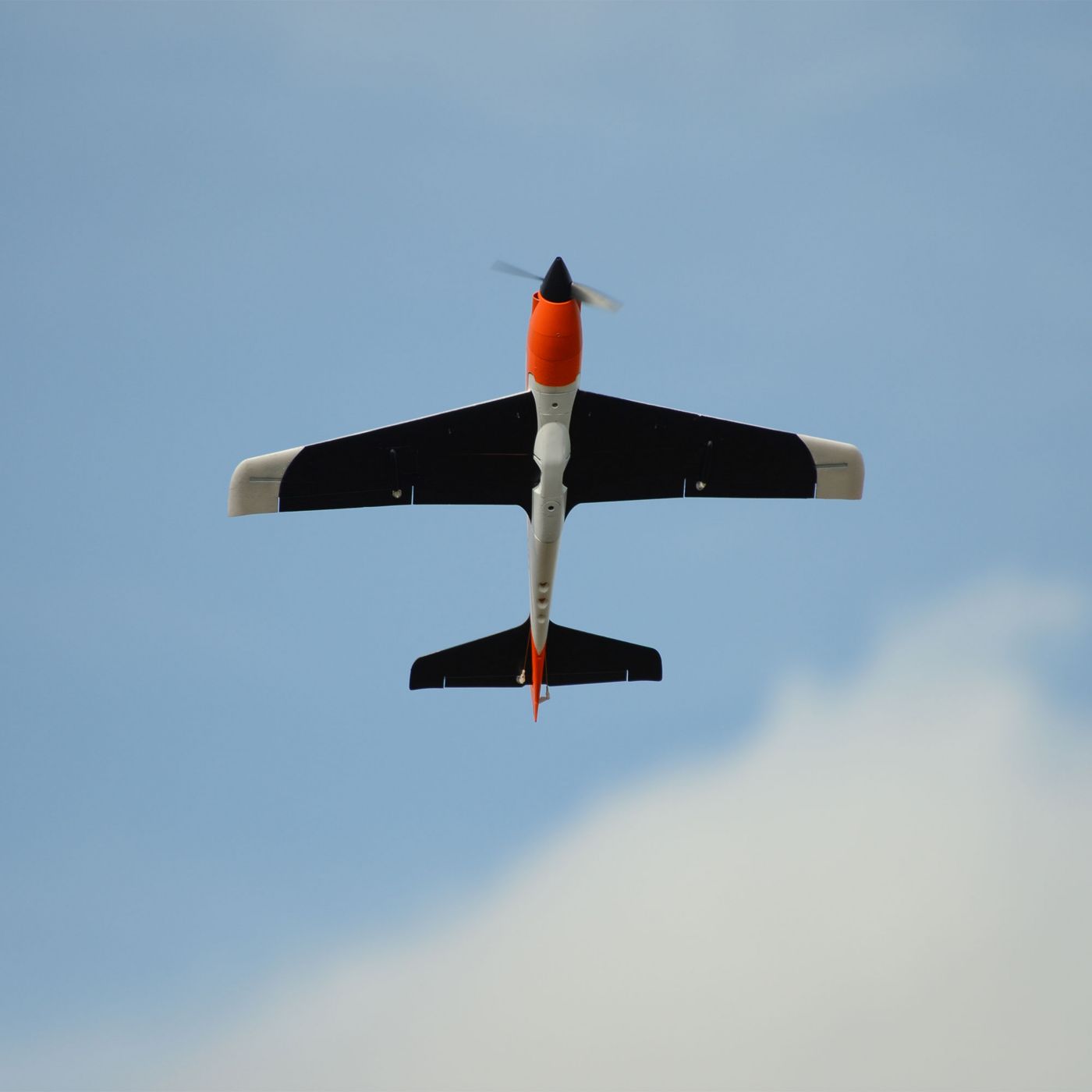 That's what this aircraft is all about - sheer performance. The streamlined nose directs the airflow around a slender fuselage like a spear allowing the airplane to hit those 100mph+ numbers in level flight. Small ducts cool the beefy 60A ESC that forces current into the powerful outrunner. 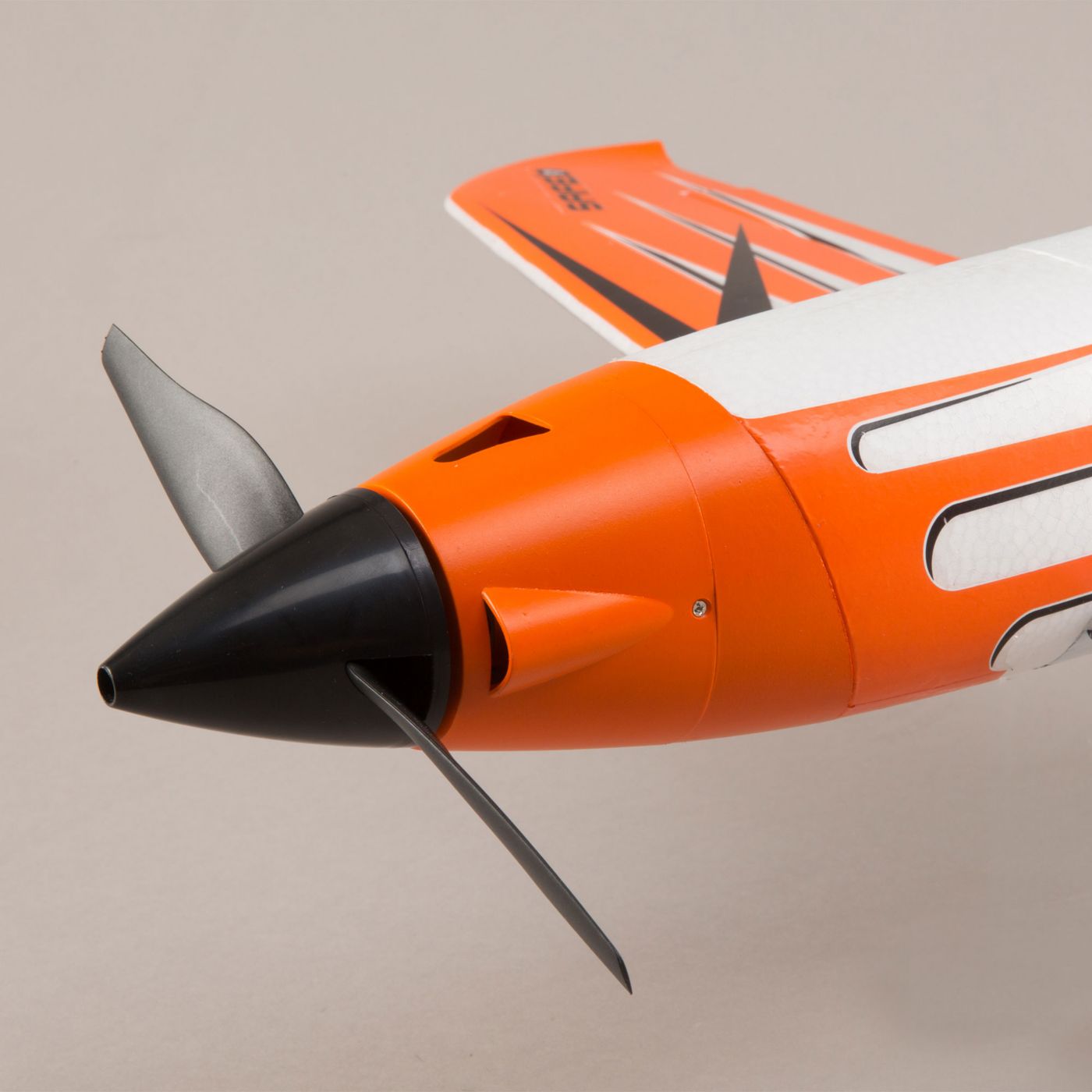 So, talking of specs like the motor and ESC, let's break down some of the details. 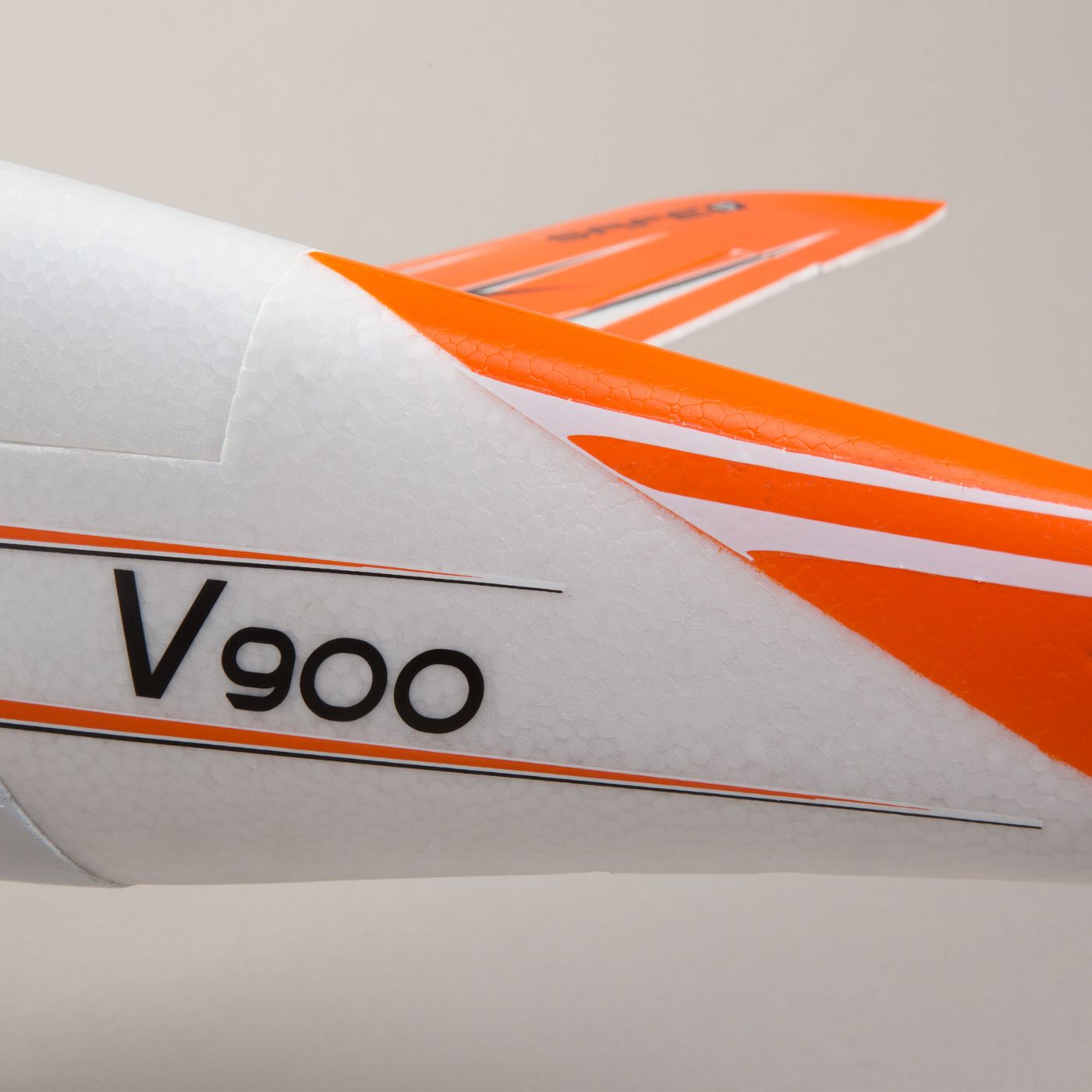 This plane is all about simplicity. Of course, sometimes it's fun to have flaps, retracts and all of those fancy things on an aircraft, but this racer is stripped right back. The V900 has four metal geared servos for 4 channel control (throttle, aileron, elevator and rudder).

Although you might be thinking 'hey, that 100mph+ plane looks quite difficult to fly!', E-Flite have built some clever tech into this airframe. Like some of their other models, the V900 includes SAFE Select features. This can be used to prevent the model from rolling or pitching upside down. There's also an AS3X stabilization device installed to handle wind. Pretty useful eh?

With its sleek appearance to go with sheer speed, this model sure looks and sounds impressive. The aircraft will be available to order for yourself soon. If we get the opportunity, we'll update you on how we find the experience of flying the V900 first hand. If you're interested, make sure you head over to the Flite Test Storeto take a closer look at the E-Flite V900. 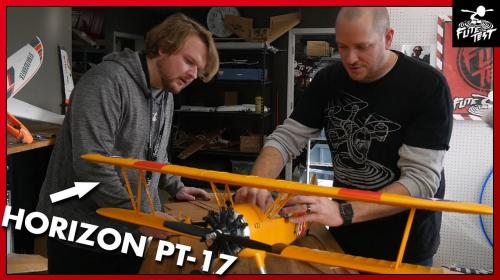 Wingman04 on May 6, 2018
Please do a video review on this with the Josh (x2)!! I have been looking for a fast, easy plane and always like to hear what you guys have to say.
Log In to reply