On Saturady the 2nd of May 2015 a group of fpv and multi-rotor enthuiast met up at the wonderful location that is Cowdray Estate. Having only been flying FPV for a short time I found it an extremely fun and exciting day. With a large array of quads from homebuilt frames to the first Dji Phantom 3 pro in the UK. As usual I flew my ZMR250 using the fatshark Predator V2 goggles. 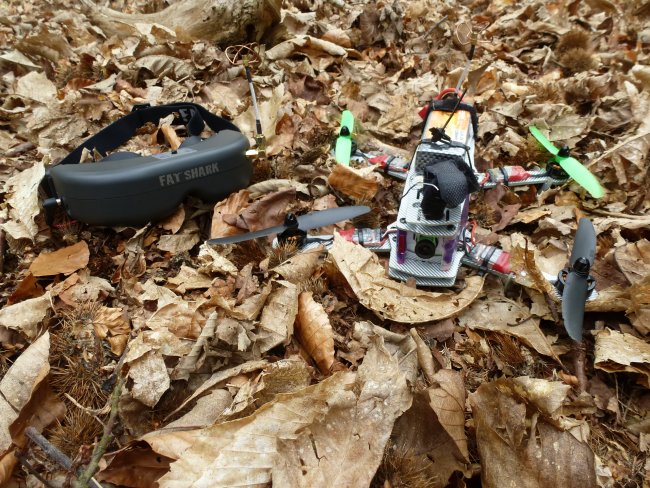 The day was spilt up into two half the first half racing in a large grass field with flags and gates making a course. 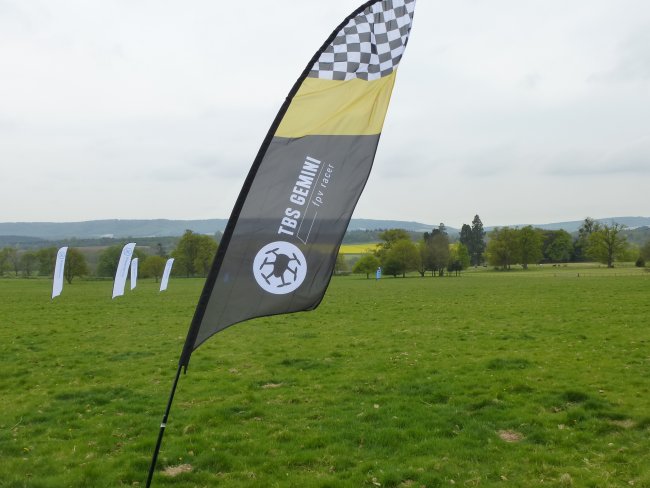 And a forrest track which had low hangging branches. 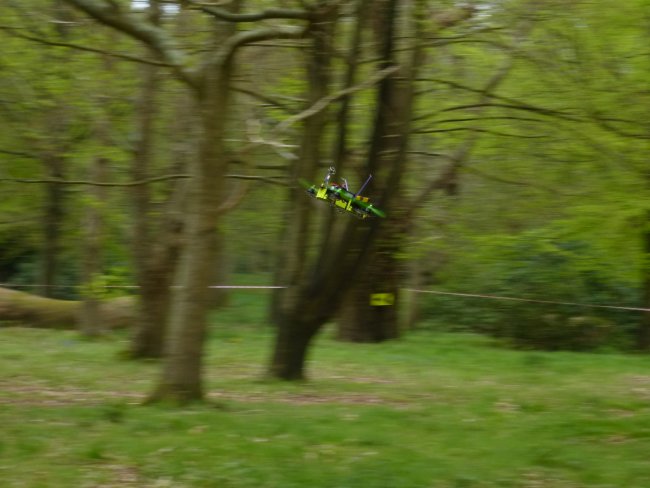 The day started with everyone working out which FPV channel they were on and who they could and couldn't fly with. Once this was done a maximum group of 4 fpv flyer took to the course with some having more sucess than others. Despite the 15mph wind eavryone managed to get atleast one lap out of there quads. Once everyone had felt they were comfotable with the quads and conditions we headed into a forrest course. 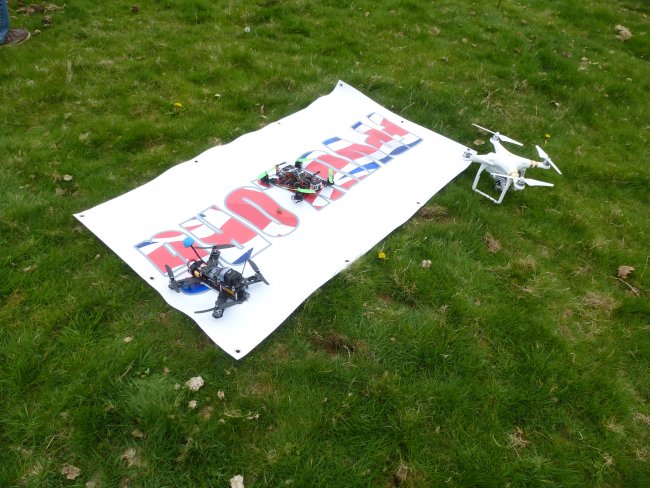 As the racing heated up everyone started puching there quads which led some som spectacular crashes. As well as many crashes on take off motors were ripped off by the what seemed invinsible flags that indicated the course. 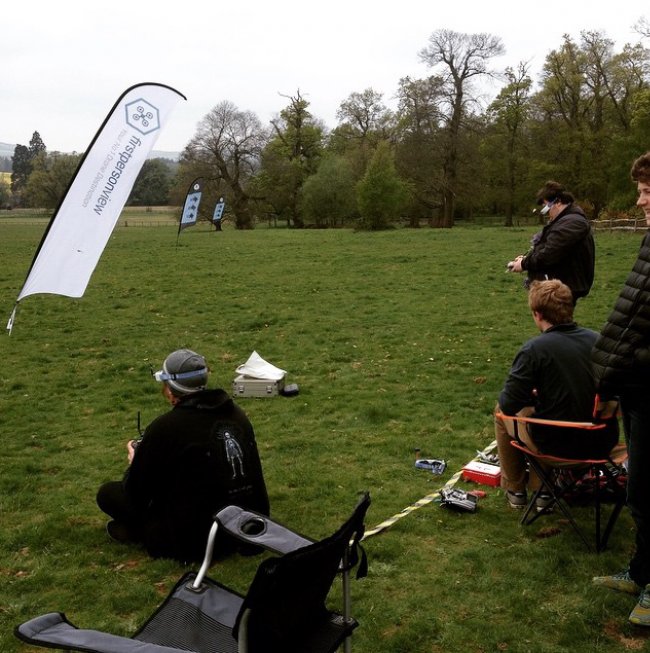 The forrest course had a covering of dead leaves on the floor and a large amount of invisible branches as the leaves were out and you couldn't be seen in the goggles. With some low braches and not the best signal there were some spectacular head on crashes with trees and the floor. Here 4 fpv piolts went round with usually only two remaining in the air after the first lap. 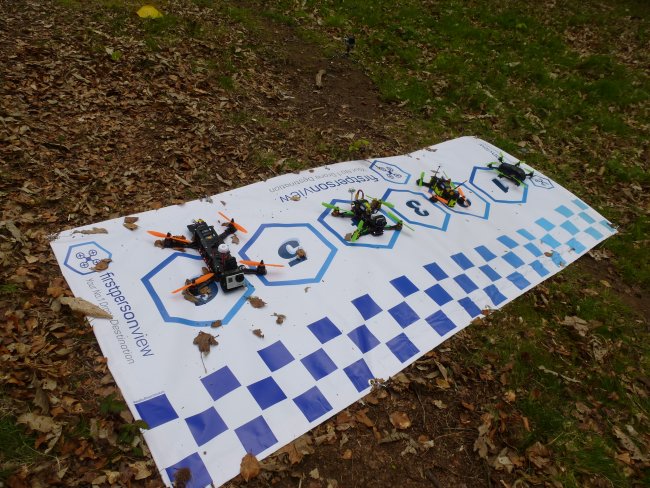 Richards Minion met a large oak tree at full throttle and surprisingly the tree come of worse that the quad . With only one broke propell the minion frame had held up extremely well to the impact. Also seeing the TBS gemini flying for the first time way amazing. The angled motors and molded body make it fly extremely well and when it was being flown agrresivly it made an awesome ripping sound through the air. 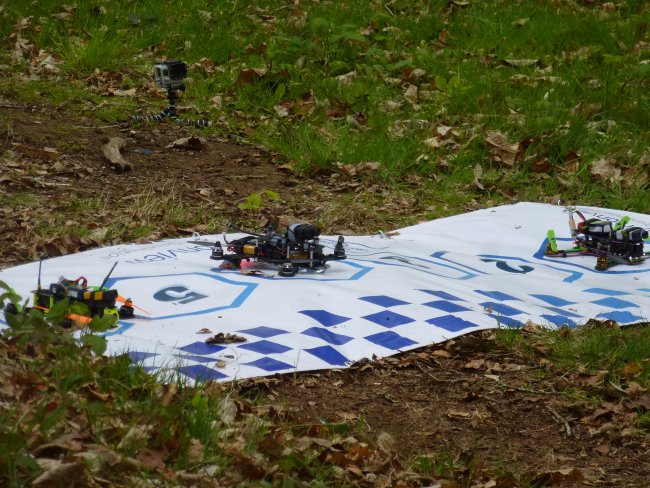 Here  people who weren't flying Fpv were flying wings, multirotors and a heli. The multirotrors included a Flite Test tri-copter and electro hub. The first dji phantom 3 professional in the UK was being flown by one of the sponsors. They had also brought along a dji inspire 1 which was being put through paces as they it wasn't being flown soft and with a strong wind it still managed to handle extremely well. 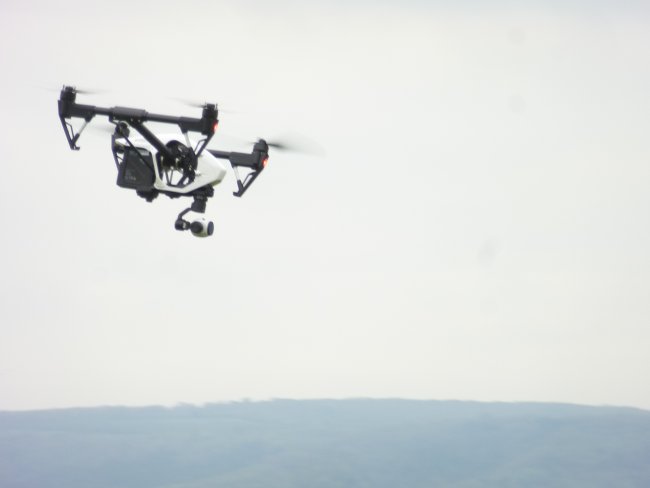 Here is a video showing some of the other racers footage and some of my own.

The meet was thoughrouly enjoyed by all and I look forward to attending more FPV events. Thanks for reading. 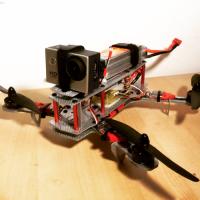 wrayman on May 10, 2015
I would like to see one of these fly and watch through eye piece .The only thing is I may get motion sickness how do yous ever do it with out getting sick.
Log In to reply
gabriel robson on May 11, 2015
have you ever tried using a monitor? You can get them pretty cheap and shouldn't make you feel sick. 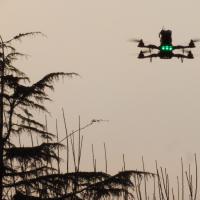