After a good ten year break I'm just getting back into the hobby and it's extra fun now that my boys are old enought to play too. We have built the Baby Blender, the Spitfire and the Versa wing and had a blast flying them. Somewhere in the back of my mind I had an idea brewing to to build a double decker warplane. I drew a few sketches and came up with something like this. 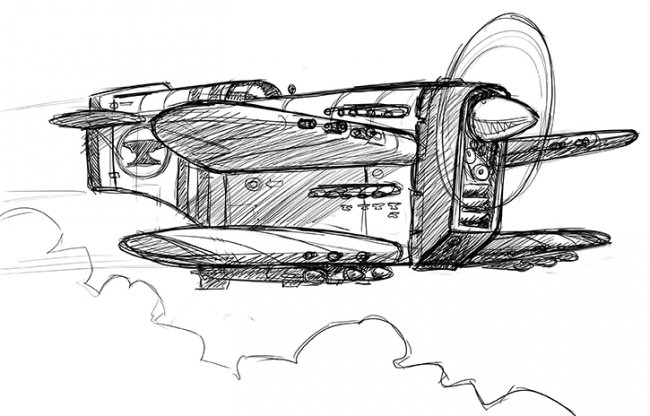 The idea persisted so we started to build. 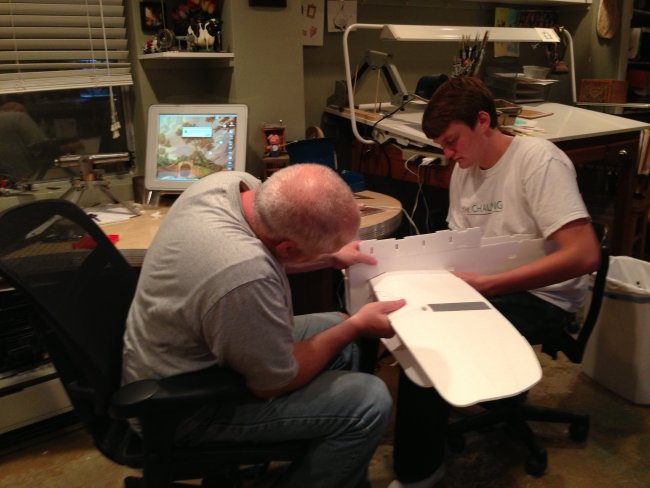 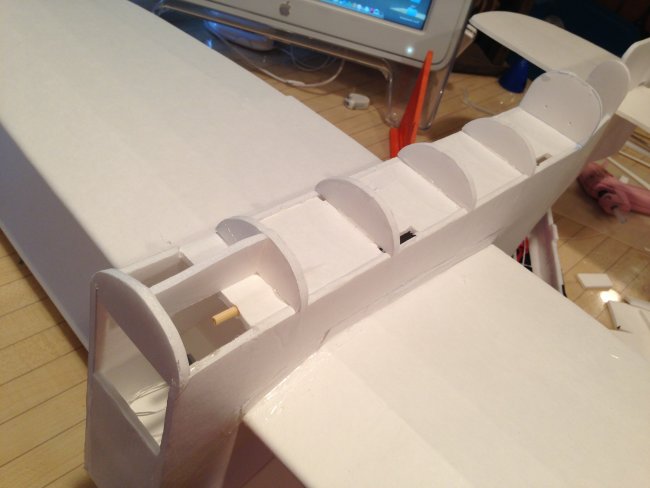 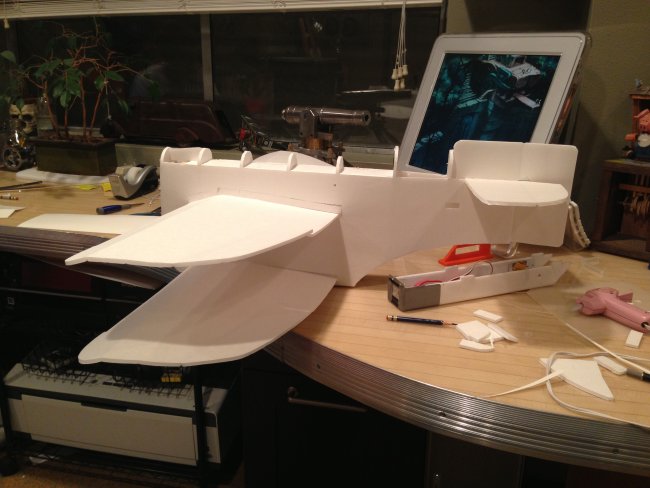 It's basically a modified spitfire. Stubby wings and a weird fuselage. 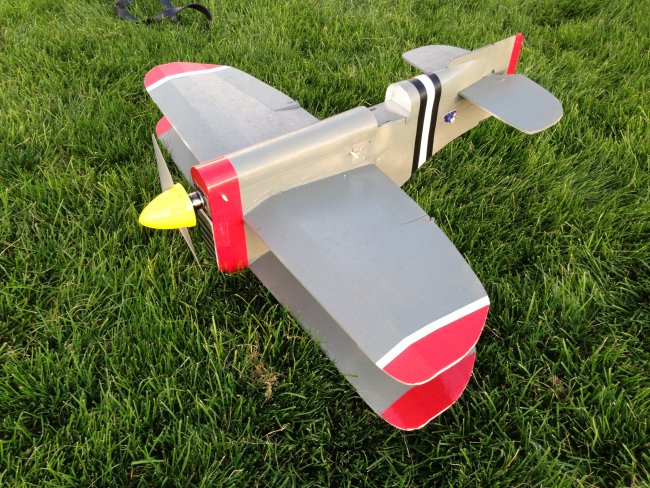 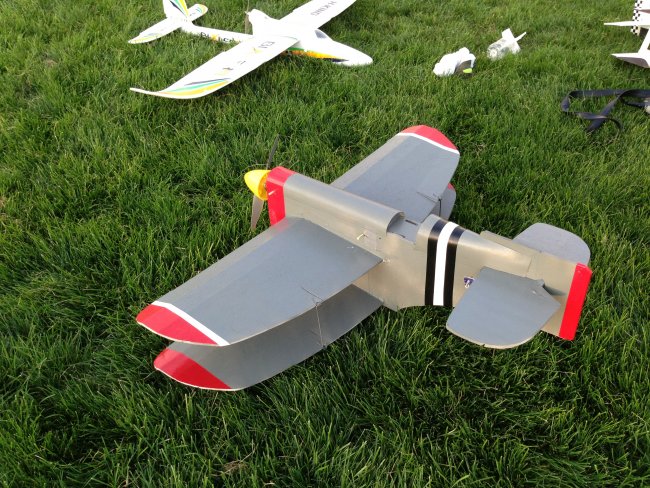 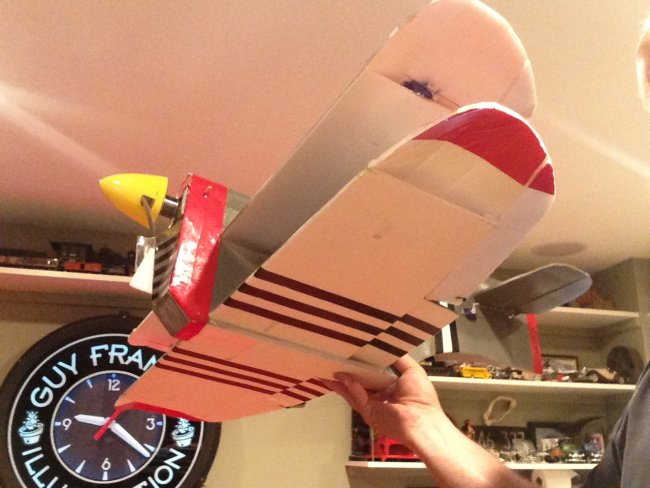 At some point during the build I realized where this idea came from. A fantastic illustrator named Christian Pearce (http://christianpearce.blogspot.com) did some really great paintings of these crazy warbirds. Something about them stuck in my noggin I guess. 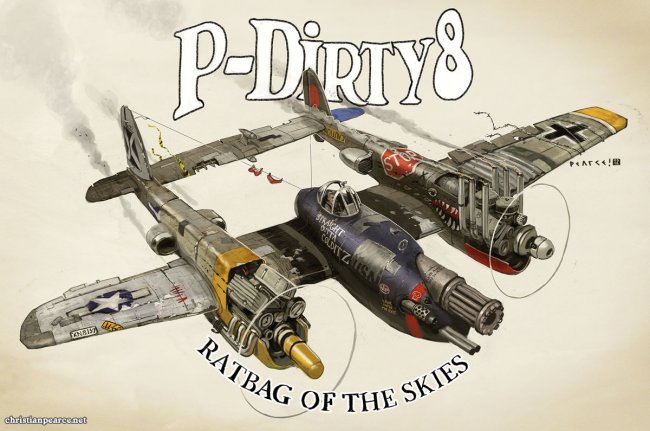 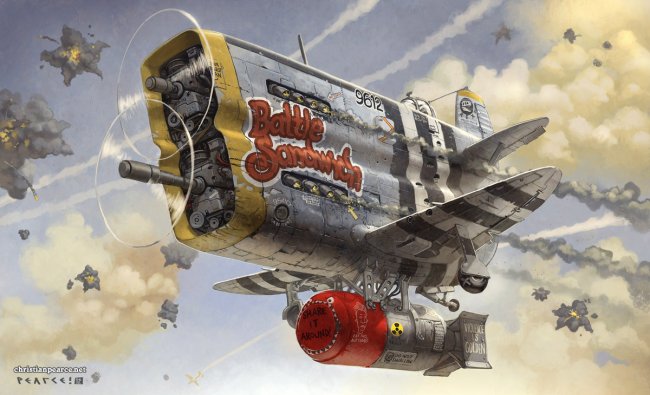 As for flying? I don't know. It was very tail heavy and it needed a lot of extra weight but we did get it up as you can see in the video. It flew terrible the first time. Very pitchy and unstable. I removed the weight and instead moved the powerpod forward. I repositioned the battery just inside the front piece of foam just below the prop. It balanced about the same without all of the weight. It flys much better now (just slightly less terrible) but it still feels like it will fall out of the sky if I take my finger of the stick for a second. Looks pretty smooth in the video but it is so wonky. I will say that it rolls great. Very smooth but a loop was out of the question. I'm going to try a few more things with weight and cg to get it to fly better but mostly it was an experiment and fun. Hope you all enjoy.

I cut some weight. Actually I just cut it in half. I think I could have kept tweaking and got it to fly pretty good but I decided to do this instead. In addition to cutting it in half I extended the nose an 1 1/5 inches to get more weight out there without adding weight. I also built the landing gear out of some aluminum I had sitting around. It puts the weight of the wheels forward and helps in cg too. Still needs a canopy though. I'll try it out as soon as the weather cooperates.  I'l let you know how it goes. 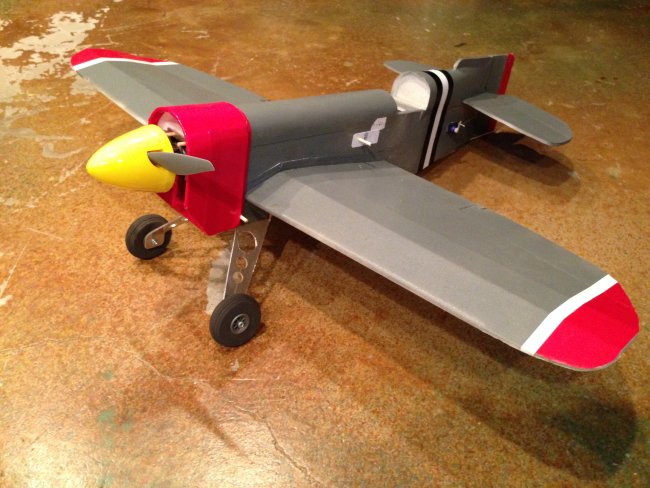 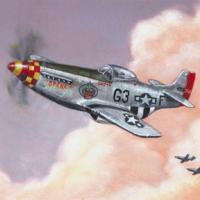