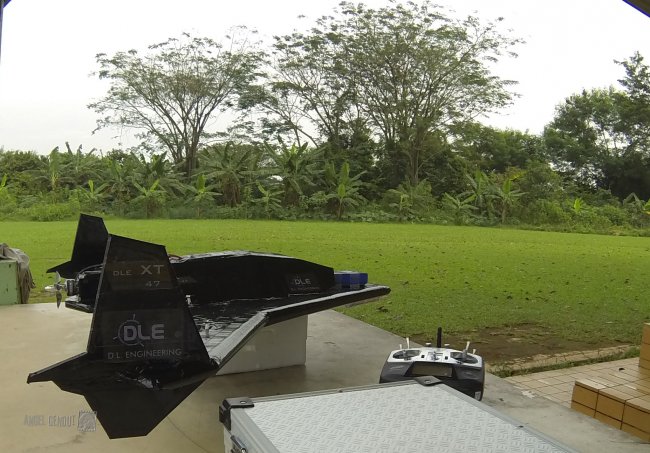 This is a journey of the model built based on the U.S UCAV-X-47B. The design platform is called DLE-XT-47; codename: “The Black Diamond”. The model is a tetrahedral-wing aircraft and it is expected to have the flight characteristic of a flying-wing model. The swept-back wings are expected to function as a self-stabilizer on yaw motion. Winglets at each end of the wing’s tips will provide further stability, which more likely work as vertical stabilizer / rudder; however there are no winglets on the original design of the UCAV-X47B. In order to achieve agile maneuvers, the model is designed with 2 ailerons and 2 ailevators / elevons. Optional rudders at winglets will provide additional maneuvers. (These rudders are not implemented in this case for simplicity of the design and control).

The Black Diamond is built to serve FPV / UAV mission. It has to have a sufficient payload for carrying complete FPV / UAV gears. The FPV gears include the AV transmitter, the FPV camera, the OSD and telemetry module and sensors, and optional separate Li-Po batt for the AV transmitter. The UAV gears include the autopilot module and sensors (airspeed, current, GPS, gyro, etc) and the data radio link module for monitoring and controlling the Ground Control Station. To produce the required proper lift and maneuverability, the model is designed with KFm6 airfoil. The KF airfoil family provides simplicity in the design and construction.

The specification is as follows:

- Airbrake mixing is implemented to alter the ailevators and ailerons position for take-off (side hand-launch).

- The second battery acts as a weight to simulate FPV gears' weight and as a counter weight to adjust the proper C.O.G.

The maiden flight of the Black Diamond went quite well and a little tricky at the initial take-offs before getting the model trimmed. 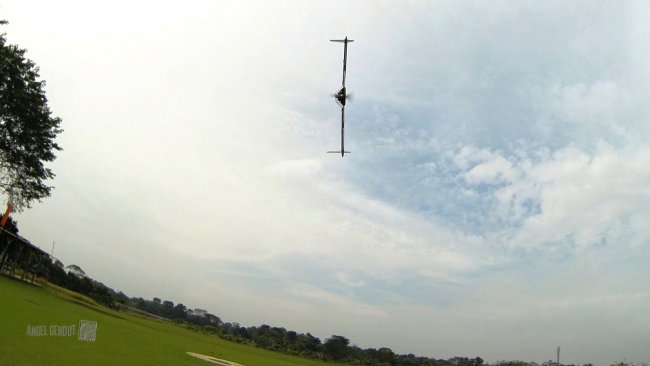 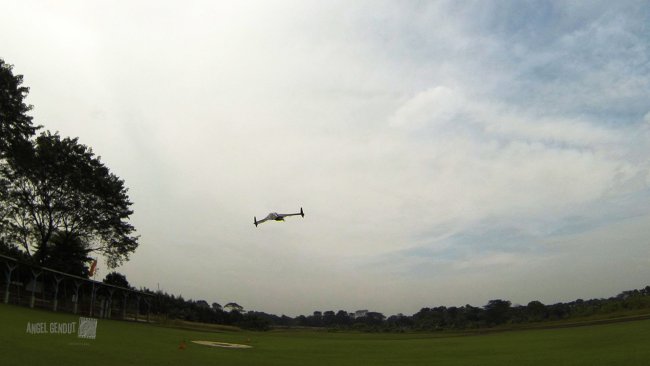 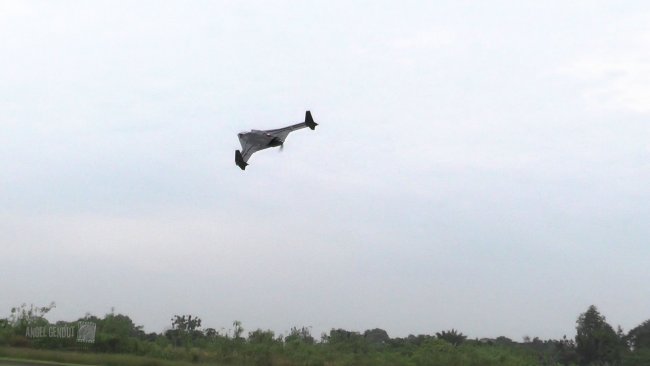 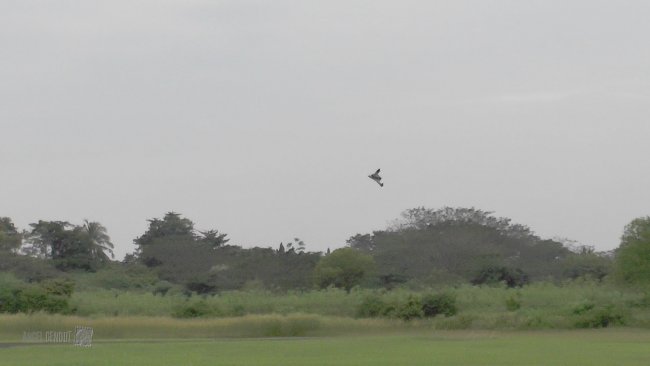 At the first take-off, the C.O.G was far forward and the model just dived to the ground. The C.O.G was shifted backward towards the tail before taking the second take-off. The model was still diving as if the control surfaces were not effective. This time, the D/R, expo, travel limits setting was readjusted. The crucial part was the servos travel limits. It was set to only 35% on the ailerons and 40% on the Ailevators; assuming that the model is too agile if the travel limits was set too much. Before taking the third take-off, the travel limits were set to 45% on the ailerons and 60% on the Ailevators. It was flying then. The model could fly at high speed and could change flight direction at a sharp turn, but it would risk the chance of stall or nose-diving during that maneuver. Barrel roll maneuver was conducted easily by just using the ailerons control (Ailevator mixing is 100% elevator and 20% aileron).

Here is the flight video:

Unfortunately, the flight lasted for around 3 minutes, before it took a nose-dive to the ground. It caused by silly mistakes; trimming the flying model at low altitude and trimming by looking down to the Radio Tx interface screen.

Quick tips #1 : Trim your flying model at high altitude to provide sufficient time to correct if something goes wrong. Avoid looking down to see your Radio Tx interface screen when your model is flying.

The model was retrieved from the crash site to analyze the damage and conduct quick repair to bring the model back to sky. The crash distorted only the nose and that could be repaired easily. 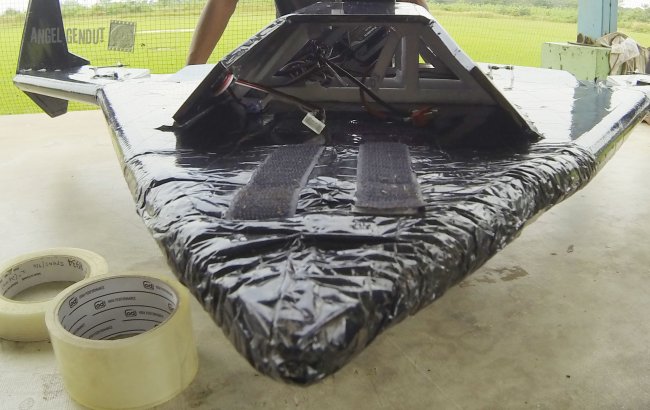 Just before taking another flight, we took a final check inside the fuselage. Unfortunately, one of the Radio Rx / receiver’s antenna was separated from the receiver. We supposed this rarely happened during a minor crash and we did not bring any spare receiver to the field. This ends the Black Diamond flight session that day. 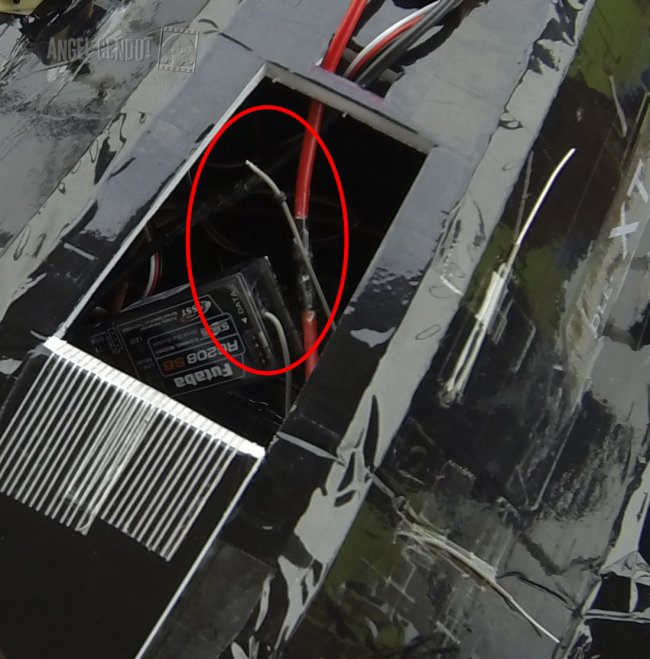 Quick tips #2 : Avoid securing the receiver’s antenna too tightly. This may cause damage during a crash. The G-force effect is just too enormous during a sudden deceleration of the model from flying speed to zero speed. Plan and secure the receiver mount location safely because it is one of the largest capital investments of the model.

We took closer look at the receiver’s antenna and it is not easy to solder the antenna coaxial cable back its header plug. We decided to use a new receiver, while waiting for the receiver antenna replacement to arrive.

Proceeding to the next assessment, the model’s nose was modified to provide secure battery location and ice cream sticks were used to strengthen the nose frame, to prepare for future crash. Fiber-reinforced tapes were implemented to cover the leading edges to provide additional strength. 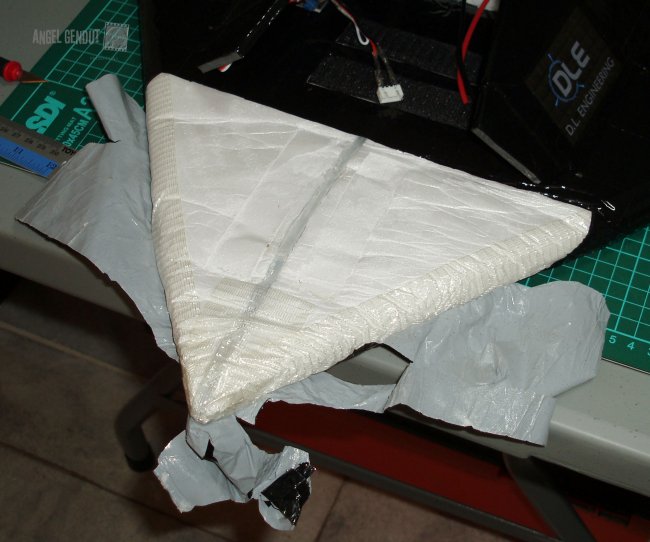 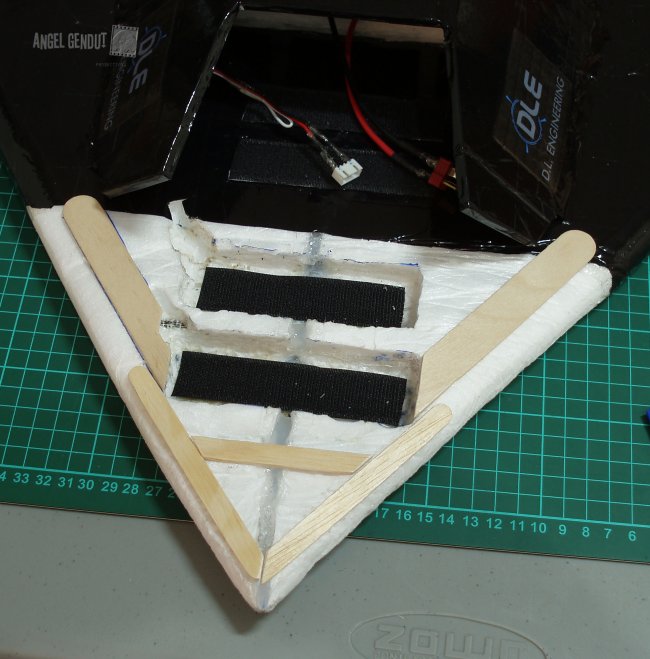 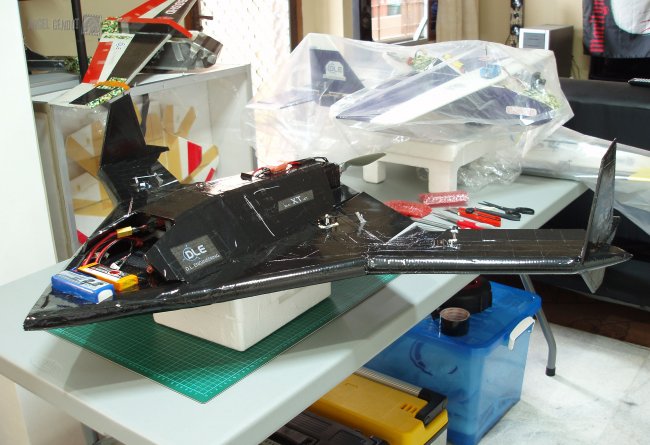 The Black Diamond has been restored and ready for more flight test.

Changes in the flight setups :

-  Smaller Li-Po batt C-rating (20C) lowers the performance, but result in less heat produced by the ESC and the motor. Gentle smooth flight and increase in efficiency. 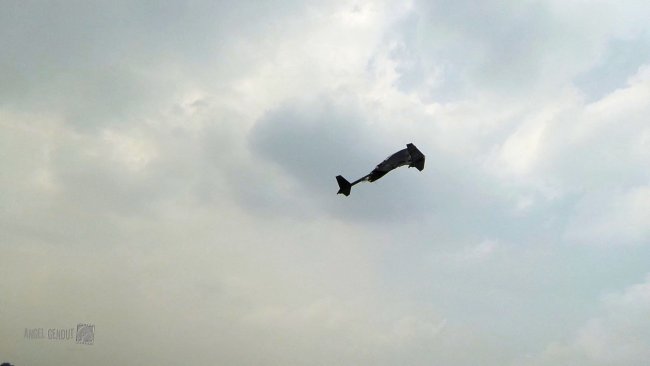 The flight went awesome until another crash occurred once again. A Hobbyking wing camera was mounted at that time. It supposed to provide visual motion of the control surfaces to be analyzed, but the video files became corrupted during that crash.

Quick tips #3 : Avoid conducting aerobatic maneuvers at low altitude, unless you are an experienced pilot.

The damage was minor this time. The receiver was out of place, but the antennas were still intact. The nose was alright and proved the previous modification to the nose was indeed effective. Both left and right wings were cracked and it was repairable. Emergency repair was conducted by taping ice-cream sticks to the wings at both sides, top and bottom. 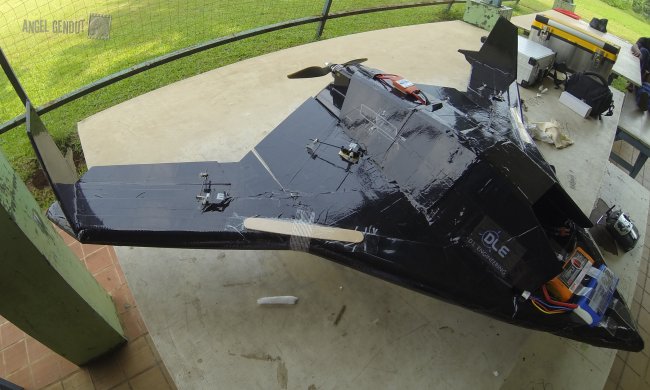 Quick tips #4 : It is recommended to bring repair kits to the field.

After the repair was done, the model was brought to the sky once again. The C.O.G is shifted a little to the back and it was flying tail-heavy. This almost caused another crash.

Quick tips #5 : It is better and safer to fly nose-heavy.

The C.O.G was readjusted before taking another flight.

Here is the video of the event:

The journey will continue…

-   Implementing FPV system to the model.

D.L. ENGINEERING - The Sky is Home 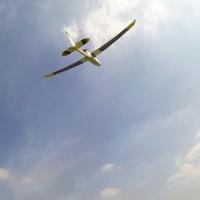 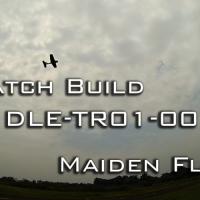 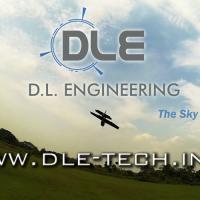 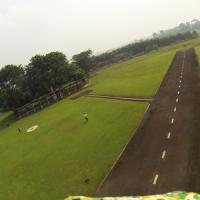 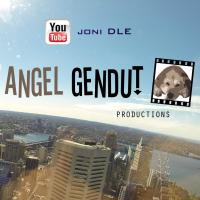