The Swivel - FPV from another perspective!

I've been flying FPV for a couple of years now. Usually I slap my mobius action cam on my trusty old Skywalker and away she goes! The flight vids end up nice but there's always something missing.. Maybe a little excitement or a change in perspective I hear you say?

Let me just start by saying this is not my original design. I saw something similar a while back on the net but I was never able to find it again so I thought I'd share it with the crowd..

So the idea is simple enough: position the HD camera on a rotating arm above the plane so that it captures it as well as the view. Something more like TPV (Third Person View) instead of FPV if you may.

The build:
First I had to choose whether the swivel would be free rotating (passive) or servo controlled (active). I figured I had enough on my mind flying the plane with this thing and didn't want yet another control to operate so I went passive.

In the heart of the mechanism is a bearing which carries the camera and a counter/balancing weight which rotate freely on a carbon fiber tube.

You can find the bearing I used here. I used an 8mm bore which fit the carbon fiber tubes I had lying around. 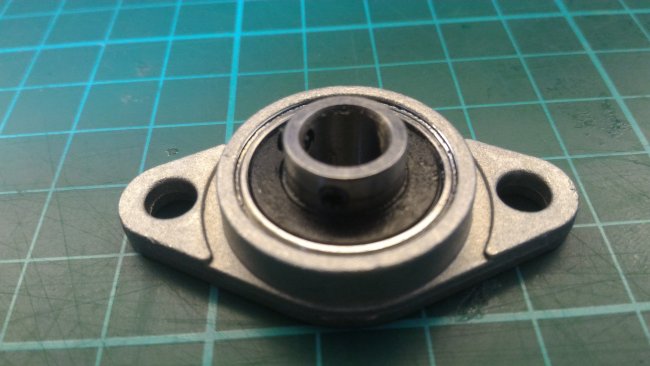 The bearing is mounted to a wooden plate with 3mm screws. Keep it as centered as possible.. 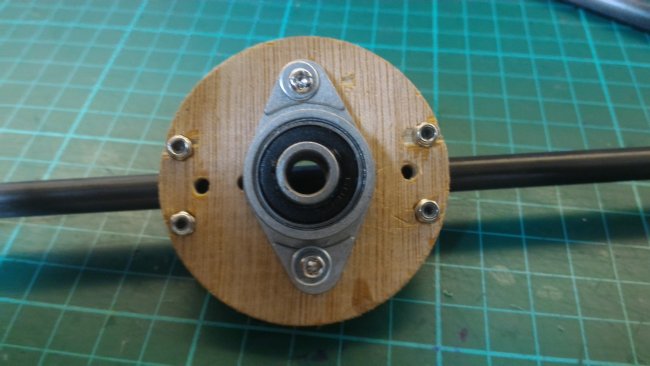 On the other side of the plate, I mounted two 8mm tube clamps (you can find them here) and ran an 8mm carbon fiber tube through them. Make sure to have the exact same length of tube on both sides here. The last thing we want is to screw with the plane's balance any more than we're already doing :) 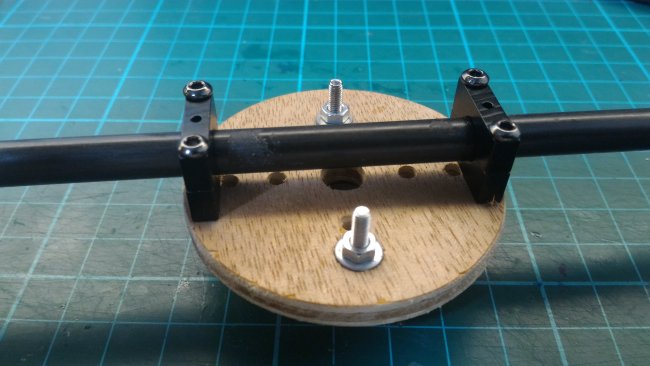 On one side of the horizontal tube, I mounted my Mobius action cam to a piece of plywood which is held on the tube with two more tube clamps. The camera is tilted ~15 degrees using a 3D printed case I made. You can play with the angle until you have the right portion of plane showing in the shot. 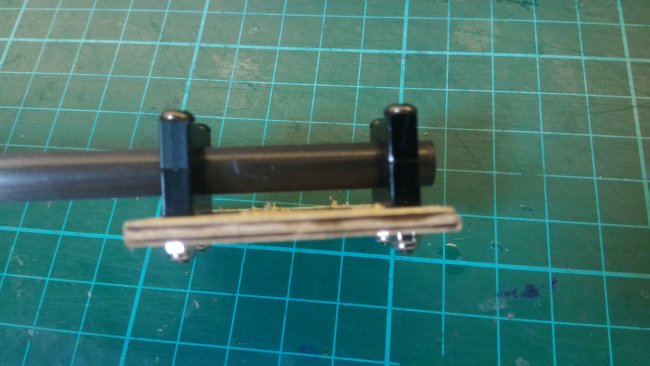 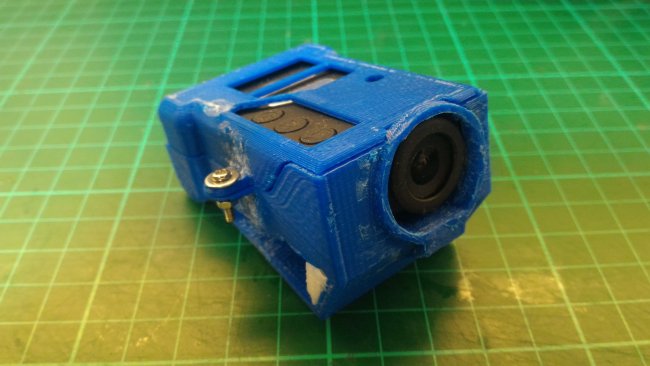 The camera is tied to the mount with a couple of zip ties. 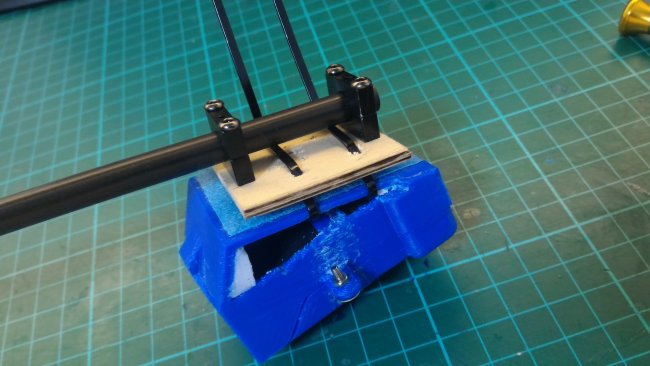 On the other side, I hung a counter balancing weight equal to that of the Mobius, case, screws and zip ties. 81g in my case: 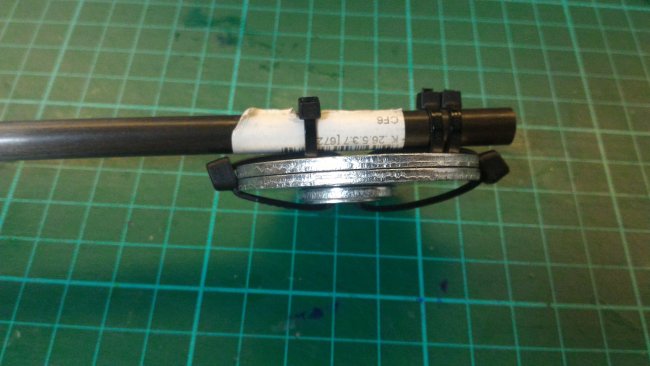 Now I connected the vertical tube (the one that elevates the swivel above the plane) to the bearing and tightend it with the locking screws on the bearing: 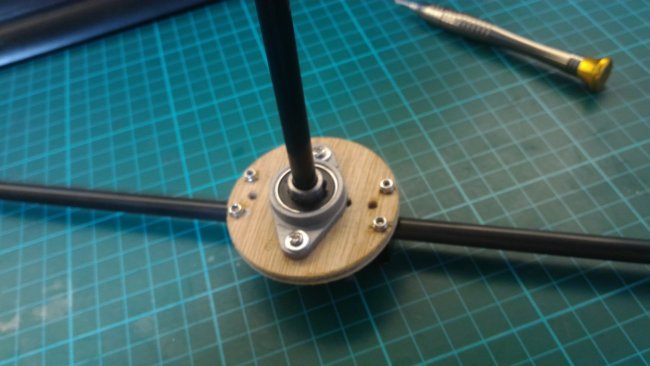 The other side of the vertical tube is held by another, more rigid bearing (bought here) which doesn't really spin and is bolted to another piece of plywood with 3mm screws and velcroed to the bottom of the fuselage. 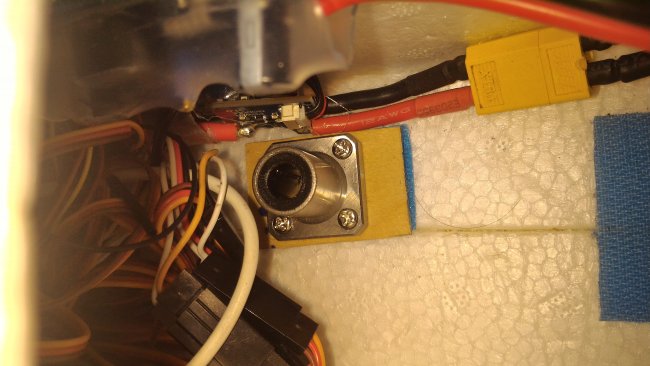 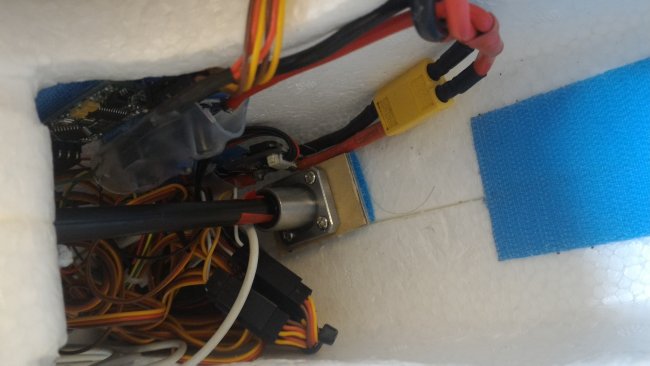 I didn't want to have the extra weight impact the Skywalker's CG too much so I mounted it as close as possible without hacking through the wings. 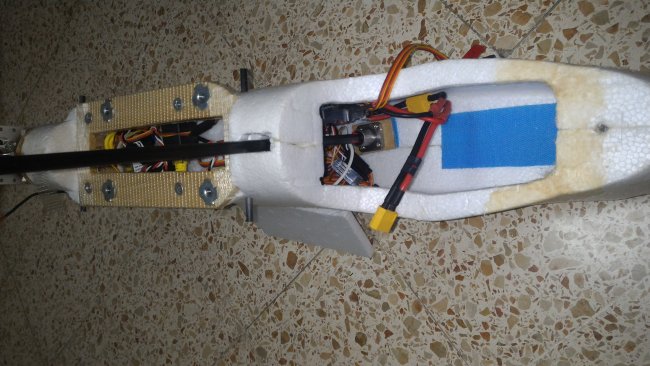 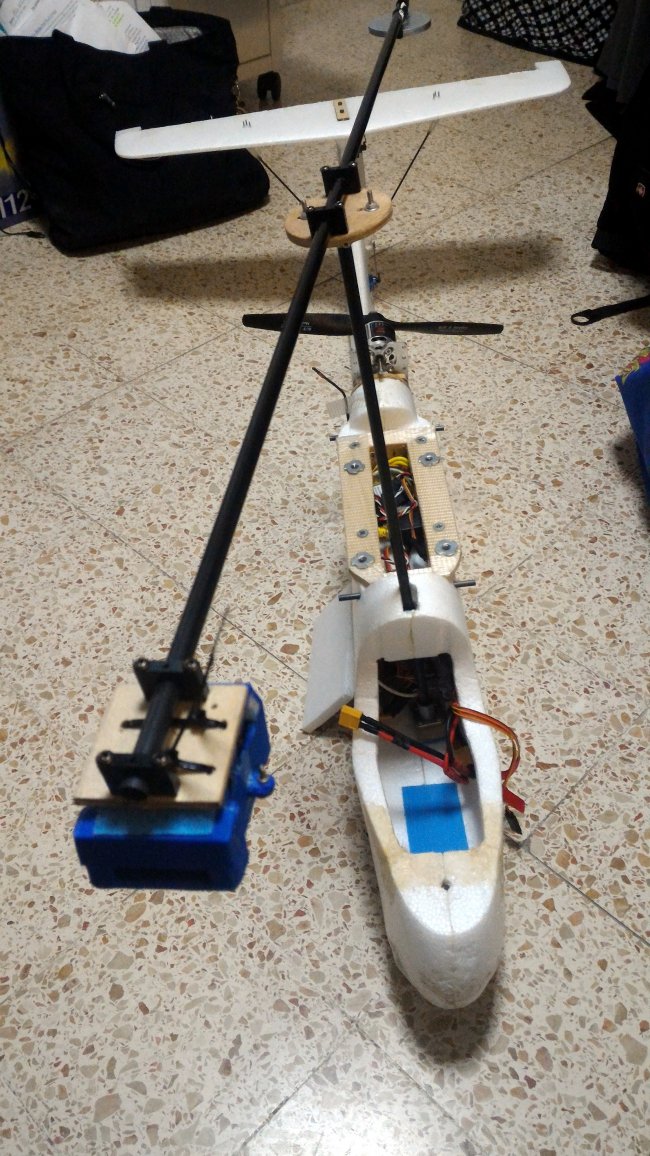 Now a word of caution here: don't go doing this unless you are sure your model can handle the extra weight and can cope with the added horizontal torque. I am flying a Skywalker which is the workhorse of FPV planes and even with it I noticed a change in flight characteristics and stability!

The swivel is a cool little project which to my opinion adds some spice and a fresh perspective to our standard dare I say often bland, FPV vids.

The Swivel - FPV from another perspective!