When has a plane had enough?

So here it is, the question all RC plane enthusiasts have to face at one moment or another in their lives "When has this plane had enough?

For me it started when I decided to move from my making my own planes (thank you Scott(s), and Flite tests) to the war birds. The one plane that really caught my eye was the F4U Corsair, from Parkzone. 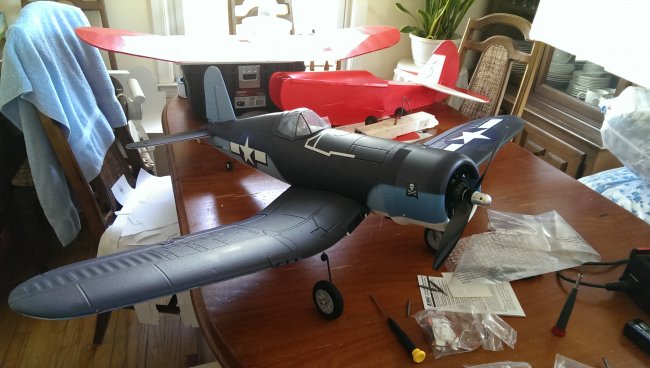 For those of you that do not know this plane let me start off by telling you that the flight character of this plane is only matched by its scale look. It is beautiful out of the box. The detail, the clean lines and the solid build that is only to be expected from Parkzone. Still, you need to know about war birds and their infamous flight characteristics, which include dropping a wing. Now I have heard horror stories about the Corsair and how the gull shaped wings make it harder to fly.. and on and on, but the truth is it is the Corsair is just like any other war bird. Now pay close attention because if you plan on moving into something that looks cool you should be prepared "Warbirds fly best under speed!!" Do not try to go slow, or show off with a slow fly by and attempt to bank out. Something else that I found out about this plane is it does fly faster than my Ft scratch builds, and because of the color you can loose oriention quickly, which brought me into a TREE the maiden flight! 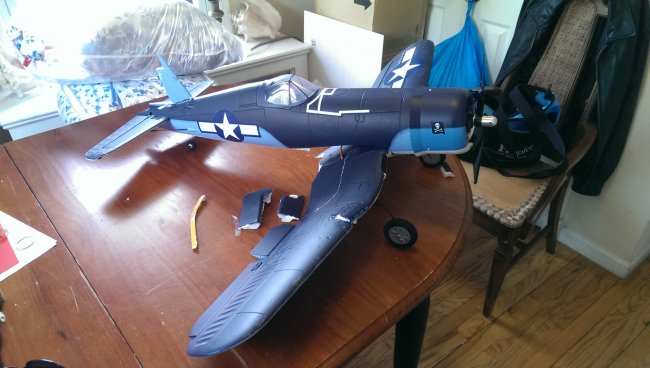 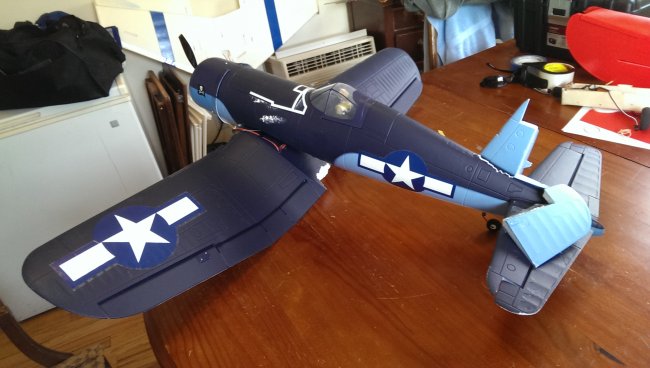 Now, no one is a bigger sore loser than someone who just put roughly $200 through a tree. So ofcourse this plane has not had enough. However, being new to the whole "repair a wrecked foamy" I resorted to my building methods from Scratch building. To an extent I was able to repair the plane back into working order, but a little word of caution, Hot glue works best on foamboard, NOT EPO Foam. What I found to happen was the heated glue melted the foam, causing an indent on my main wing, Other places didn't matter since I could not see it but it was not the prettiest repair. Still, everyone loves a plane with character, and battle scars. 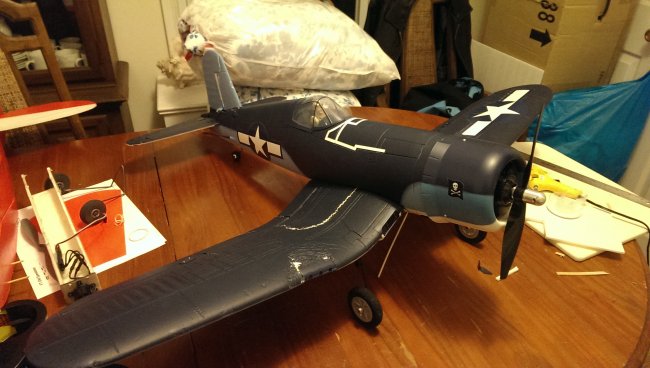 The real trick was going to Home depot and getting a color match sample. Cheap and spot on with color. It masked all those ugly white scars, no problem.

Second lesson to be learned, if you have any loose contacts from your battery to the esc or from the esc to the rx, address them IMMEDIATELY!. I got away with one too many flights neglecting a loose contact from my esc to the rx before my plane blacked out on a high altitude dive and..dirt nap! 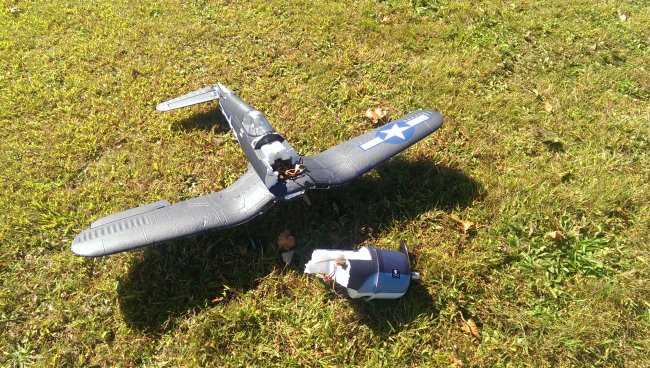 Now, if you have ever heard women speak about their first child and how perfect everything has to be, then talk about there second who is playing with mud pies the same is true about planes. That initial shock of "MY GOD, I CRASHED!" seems to fade after every hit, and something creative begins to brew, beginning with a simple question "How can I fix this, and make it strong!" Never under estimate the power of Gorilla glue. You can fix practically anything with it when it comes to EPO foam, call it a cure all if you want. I can seam tears, bond breaks, and even fill voids, and gaps. You can sand it, paint it, and use the left overs as chase toys for your animals. It is gods gift to the RC hobbist. Also with foam TAC, you can now repair movable joints such as ailerons, and elevators without hinge tape. 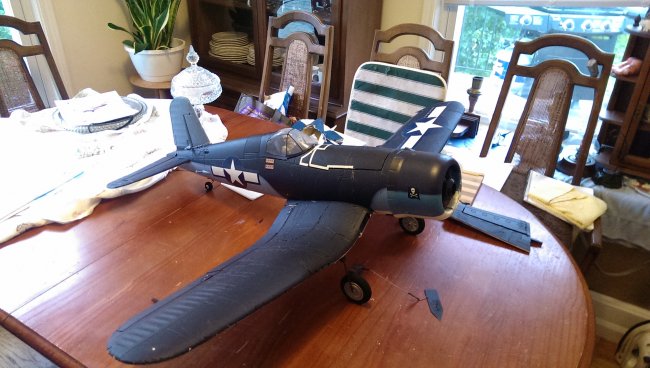 Now, some may say if the motor, esc and rx go then "your plane has had enough" I say with after market parts from Altitudehobbies.com you can quence all you after market needs with your unemplyment check, NO PROBLEM! So why not keep it going. Altitude Hobbies sells Suppo motors, which in my opinion are suprior to the horizon hobby power 15, and pair that with a 40a Suppo esc and this plane will have the air rush of plane with 4s power using your everyday 2200 3s.

Now, if you haven't watched Flite tests video about crashes and repairs, you should, and if you have then you should know to check your CRAP!

My third mistake was not checking my CRAP! and after that last crash I must have missed a tear, or rip somewhere on the main wing because just when you think you have experienced it all, something else happens.. 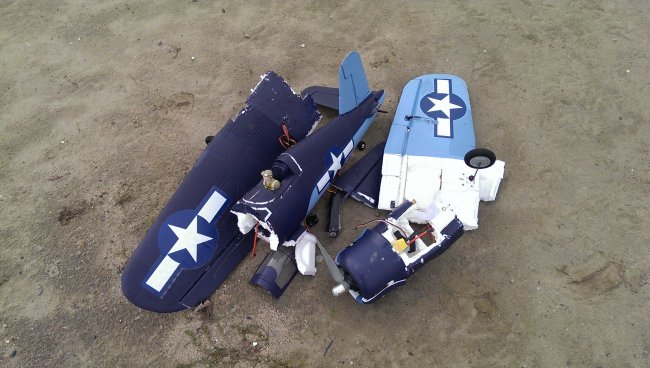 Incase your wondering, "How do you fold a wing" this is how to do it:

2) Invert it and cut the throtle

3) Drop nose down towards ground

4) Bang the ailerons and put the plane into a diving barrel roll and wait for ..

If you want to see a spectacular crash, even if it is your own, fold your wings on a dive, trust me. You wont be disappointed.

A word of advice when surverying your crash, pick nothing up at first but make big circles around the site picking up debris as you move inward. Trust me, if I neglected this I would have lost my 6 channel spektrum rx that got thrown 15ft from the plane as the wings ripped from the body in mid air, Spectacular!

So back to the bench and with some patience, gorilla glue, and foam tac I'll be flying again, 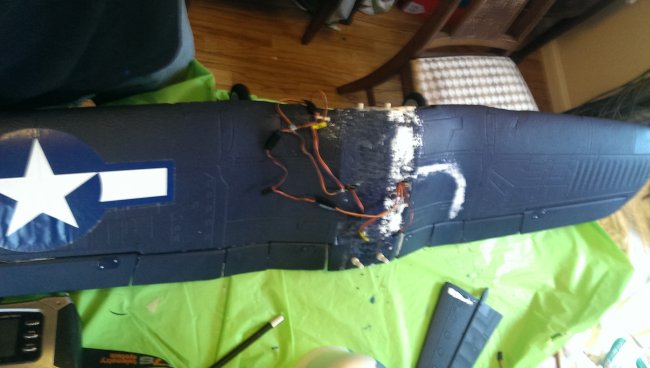 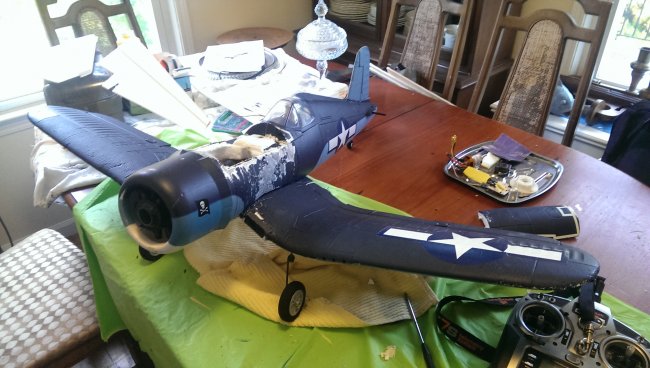 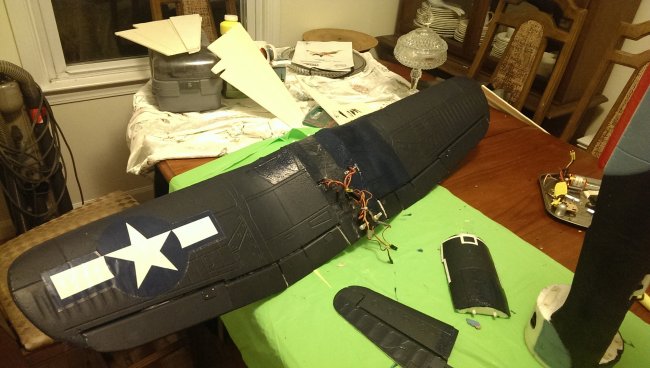 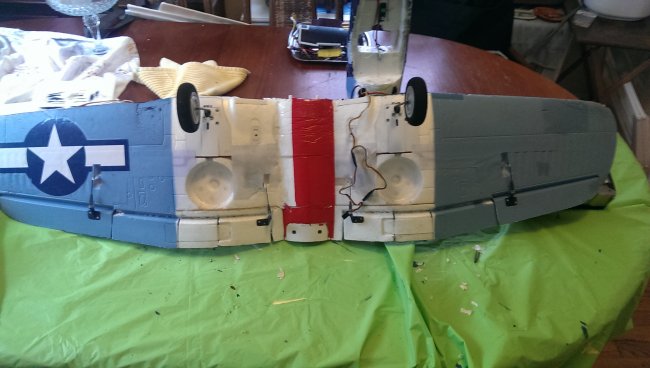 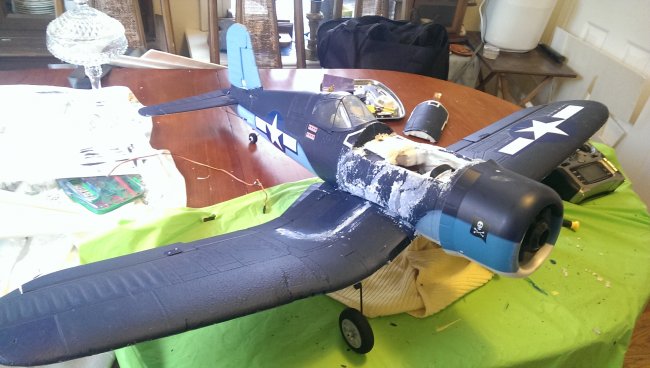 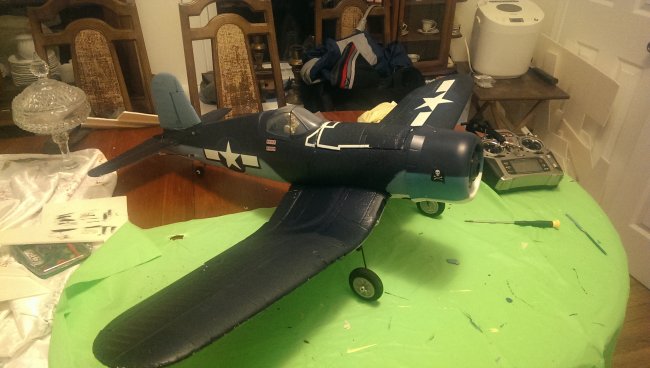 Hopefully this article will give everyone who has had a bad crash and is ready to throw away a plane some hope, and to answer my question "When has a plane had enough?" A plane has had enough when you said it has had enough, or when it combusts into flames, which ever comes first. 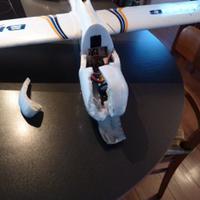 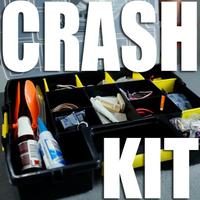 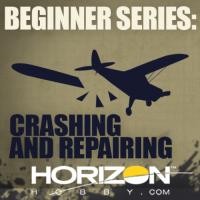 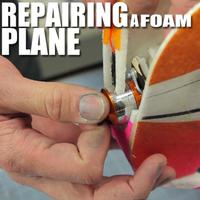 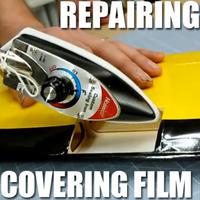 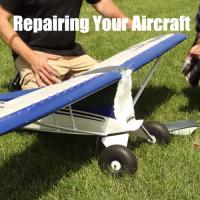 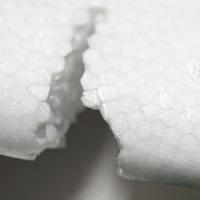 Crazy68 on November 7, 2014
Ha,ha! Great article! I'm not laughing at you, but with you! Have to laugh now cause its hard to do at the time of the crash!
At least you did it right by learning to build/repair first. You are not alone with this. The war birds catch everyone's eye coming into this, as many experienced pilots will tell you when you see that beautiful new plane, and the new excited pilot getting ready at the park, you can count from 4 to 6 seconds before it's in pieces!
But, at least you got to 200 ft, all of my 5-6 crashes happened below 5 ft before I gave up until sometime in the future.
That corsair sure looks nice hanging on the wall!
Good job, and keep flying!
Log In to reply
RC Plane Addict on November 7, 2014
Thanks Crazy. I have actually mastered the whole warbird thing, and can really push them to their limits, which is part of the problem because I am pushing broken in, and sometimes just broken planes past their limits. But if you can't have fun what's the point. Fly em till their is nothing left!
Log In to reply
andre on November 7, 2014
I got my T-28 in a similar used condition. Repaired it and love flying it.
Another friend picked up a Corsair is similar condition to yours after a crash.
Rebuilt it, got some paint matched up at Home Depot and is enjoying it.

As Josh said they seem to fly better after a crash.
Yes it stings banging up a brand new plane but all part of the game.
Think if this has been a balsa build up :)
Log In to reply
RC Plane Addict on November 7, 2014
Oh balsa!! I shutter at the thought, but I have to believe that if your committed there are ways to keep that plane flying. Infact just yesterday I saw the wings of my friends brand new nitro trainer in the garbage at the field, and I already knew disaster had happened to that poor plane. Should he have thrown it away? Guess he felt that plane had enough.
Log In to reply
andre on November 7, 2014
That is when you inherit something new. :)
Log In to reply
Misterman124 on December 10, 2015
Where is this trash?? One mans trash is another mans treasure
Log In to reply
Yogenh on November 7, 2014
I know what you mean

Log In to reply
Chocotaco101 on November 7, 2014
Nice article and repairs, can hardly tell it ever crashed. My planes get fixed to the point it would be faster to build a new one. As of now I am a bit hesitant of buying one of those gorgeous factory planes because I know I'll crash but seeing that you can have it looking like new again has helped. I love altitude hobbies. Avoid Hobbyking like the plague.
Log In to reply
RC Plane Addict on November 7, 2014
All vendors have their quirks, I'll give you that but hobby king does have a solid Orange rx, and you can't beat the price, even if you have to wait a week or two. I also have two turnigy esc's from them, can't say they are the best but they get the job done. Don't loose the faith, and remember pretty doesn't fly in this hobby, its the effort we put in that makes it count. Go get that factory War Bird!
Log In to reply
HilldaFlyer on November 7, 2014
I totally agree - fly it until there is nothing left to glue back together - or until it is so heavy that it wont fly. Great story.
Log In to reply
RC Plane Addict on November 7, 2014
Thats the only way Ill have it. Gotta make that purchase work for every dollar I spilled into it.
Log In to reply
Flying Fox on November 19, 2014
HAHA
Log In to reply
crazywelderguy on November 25, 2014
What I love about this article is that every time it is repaired it looks wonderful! definitely a more frugal approach than some pilots I've met who break 1 little thing, rip the servos out and then write off the plane. And thank you for the Gorilla Glue advise!
Log In to reply
RC Plane Addict on December 6, 2014
Crazy, I know guys like that too, and I always cringe when I hear about a plane that could have been saved but was thrown away. For me I have to admit.that I do.enjoy the.build and repair aspect as much as flying, but in the end this hobby.is what you make it. To each their.own
Log In to reply
Misterman124 on December 10, 2015
You know when it's had enough when you need to repainted it more than 3 times
Log In to reply 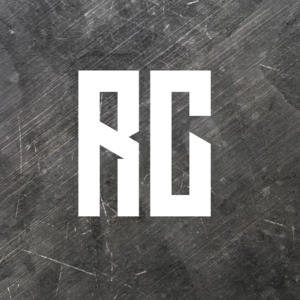 When has a plane had enough?