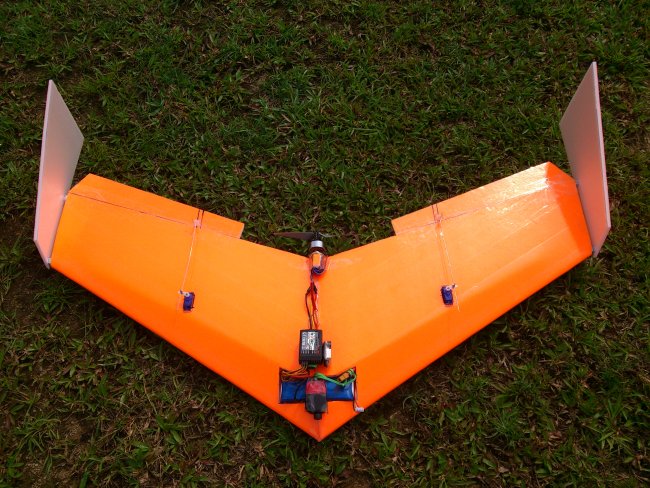 OK let's to the point, here is the plan

simple flying wing plan v3 (you can scale it to another 2:3 size)

how to make it? watch here

how its fly? watch here 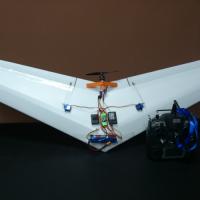 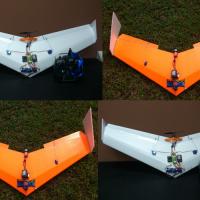 PaladinDG on July 4, 2014
It would be helpful if you provided a plan with dimensions or a link to where you obtained the dimensions.... looks good, thanks for sharing
Log In to reply
NuGro on August 8, 2014
I write the dimension in inch... (midle line
scottie on July 6, 2014
nice :)
Log In to reply
Mattef on January 8, 2015
Hi! I think the material is called depron. Can you tell us how thick the material is in your build?
Thanks
Log In to reply
NuGro on January 8, 2015
yup, but sometimes it also known as foamboard.
it is 6mm thick.
Log In to reply
umer on November 19, 2014
Sir may I know from we can get all the rc project stuff, I stay in mumbai. Thankyou
Log In to reply
civicexa on December 17, 2014
Hi, what type of material did you use. Thanks :)
Log In to reply
devindied on February 4, 2015
Can you tell me the CG? I checked the plans and all I see is the "Spear" line. Assuming that's a spar line :D

Thank you for your correction. (English is not my native language v ^_^ )
Log In to reply
NuGro on February 4, 2015
I update the CG in another article (I mean this article http://flitetest.com/articles/cg-of-my-simple-flying-wing-v1-v3 )
Log In to reply
ontheside30 on January 27, 2015
why the red line on the bottom? is that the balance point?

Log In to reply
NuGro on January 28, 2015
yup, it is CG guide
Log In to reply
tadejgasparovic on October 11, 2015
Can you please link the parts you have used?? That would be very nice. :) Thanks!
Log In to reply
StevetotheH on December 29, 2015
First of all thanks for the plan. I flew my plane for the second time today and it flew pretty decent, still needs adjustments. I broke the plastic gear servos and dented up the nose pretty good.

I have been drawing mechanical plans and architectural drafting for 15 years, this was not what I would consider a "how-to" so much as a suggested path to building this wing. The lack of running dimensions on the plan means having to subtract assumed overall dimensions, not really a good thing on something that flies. The video was more helpful than not having one, but that's about as far as it went in helping. No negativity intended, I am just being real here for anyone else who wants to build this.

Couple things that I got from building this thing and flying it from a first time builder/flyers perspective:
1. The use of running dimensions would have made the plane easier to build.
1a. Some written directions would turn this into a complete how-to diy project that would ensure success
2. Dimensions for the location of the electronics would have saved me hours, I kept second guessing my decisions. I used some info from Crash Test Hobbies to help with this among other things.
3. Plastic gear servos and flying wings don't go well together. Get Turnigy ms90s metal gear servos or similar and thank me. I learned the hard way.
4. Things that were not detailed took me hours to figure out. How to mount the motor, how to mount the servos, where to locate the horns, etc...
5. I assumed that the CG for the craft was without electronics installed, as there were no dimensions for electronics. With or without electronics my CG was an inch further back than that given on the plan. I now assume that the CG was a fully loaded plane and our parts list is not the same. I think using an unloaded CG would result in a more informed process for adding electronics and flight gear.

I found that after folding the top of the wing over the spar, I was left with a little over a half inch of foam on the bottom of the wing sticking out, where the control surfaces would mount. I cut this "extra" material to be even with the foam from the top after everything was hot glued down. It seemed like this "flat" bit of material before the control surface would affect the amount of lift.

I mounted my servos 8" (inches) from center, directly behind the spar and perpendicular to the elevon. I mounted them to where the arm on the servo is vertical to get a linear movement with the arm/horn instead of an arch by mounting horizontal like in the images/video. I used the location of the servo as the reference for the horns and mounted those centered in the elevon. I can see a future need for metal horns.

I mounted my motor by cutting 2-3/4" off the end of my metal ruler. I cut the end that had the hole for hanging it. This hole fit the back of my motor perfectly. I bent it 90deg then drilled three mounting holes for the screws. I then used hot glue, followed by E-Tape to mount it to the bottom of the plane, dead center. It has stayed on the wing amazingly well. The g-force from hitting the ground repeatedly has bent it, but it has not come unmounted. If I were to do it again, I would have left a 2" x 1/4" gap in the back of the wing and laminated the mount between the two pieces of foam that make the top and bottom surface of the wing. It works very well for a thrown together mount, though I did bent it in forward on crashes three separate times. The Parklight laminate that I used doesn't stick on its own to the metal ruler segment on the bottom of the wing, so there is a little bulge there.

I buried all of my electronics, the only thing outside of the surface is the servo arms, horns, antenna and the corners of my battery. I attributed some of the first day erratic flights to turbulent air across the top of the wing, so I cut a door behind the spar and buried everything. The ESC connector to the battery goes between the spars on either side of the wing dead center. I used slits cut into the bottom of the nose to secure the battery with velcro. I put the battery in wires-first after connection to the ESC lead.

To make the edges of the wings square to the rest of it, I clamped two framing squares (big "L" shaped rulers) together and sanded both sides until they looked good. I laminated with Parklight prior to adding the fins on both sides. I laminated just as a Crash Test Hobbies Assassin would be, and used those instructions for mounting the control surfaces. I found the Crash Test videos more helpful than the OP's videos.

One more thing, if considering a new Spektrum DXe radio system skip it, and get anything else. Programming the receiver I have found to be almost impossible, therefore useless for a delta wing plane. Never more frustrated with a piece of equipment. The plane was easier to build than programming this POS! Neither the Android cable nor the PC cable communicate with the RX and there are no simple switches for elevon/delta.

Again, to the OP, thanks for the plan! I wouldn't have a flying wing without them. Pretty much a plan, the internets and knowing that the end result should be airworthy was all I needed. I hope my long winded reply helps someone with their build.
Log In to reply
Rayna1214 on June 2, 2016
i would love to know how you calculated the position for the servos. as well as how you connected your servos to the ailerons. thank you!
Log In to reply
pilotsam on June 11, 2017
Loved the build. Just finished it tonight.
Log In to reply
Omio on December 8, 2018 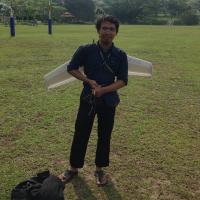