How big can you build with foam board?

Central Ohio Foamie Flyers and Electric Enthusiasts (C.O.F.F.E.E.) took a shot at answering this question by building a 20-foot (6 m) foam board motor glider! It started when the club decided to upscale a 10-foot motor glider that one of the members had built. We took this design, blew it up to 200%, and added poly-dihedral and spoilers to the wing to help with flight performance.

Check out a build/ flight video!

The build began at a club meeting with the wings. We constructed them out of Dollar Tree foam board with a lot of wood spars for strength. Spoilers were installed as well to make it easier to bring this thing back down to Earth. The wing was built as a center section with removable outer panels, which helped a lot with transportation. 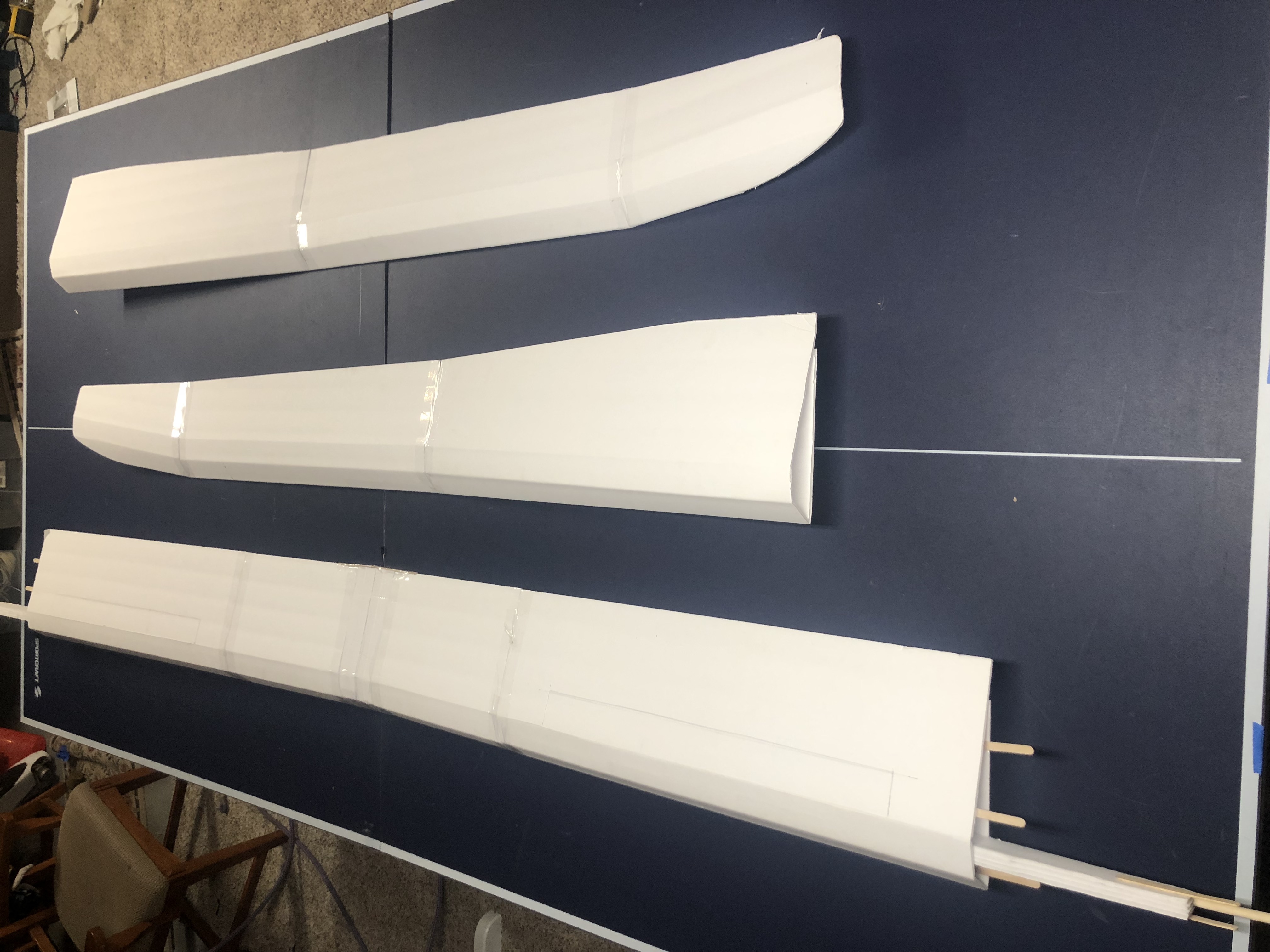 The three wing panels were built to be detachable, and are simply joined at the seams with packing tape. 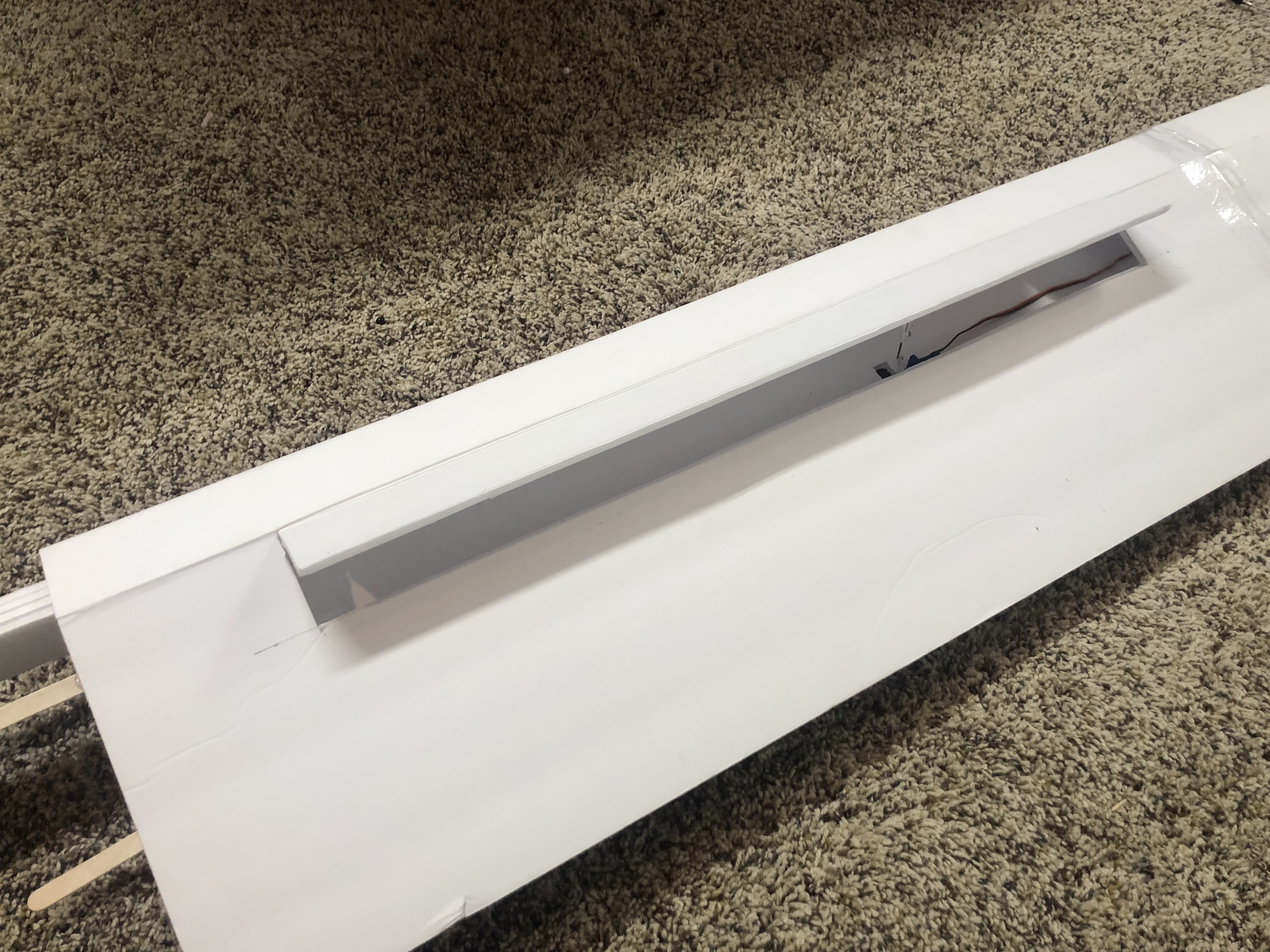 Spoilers were built into the wing to help the glider sink during landings. 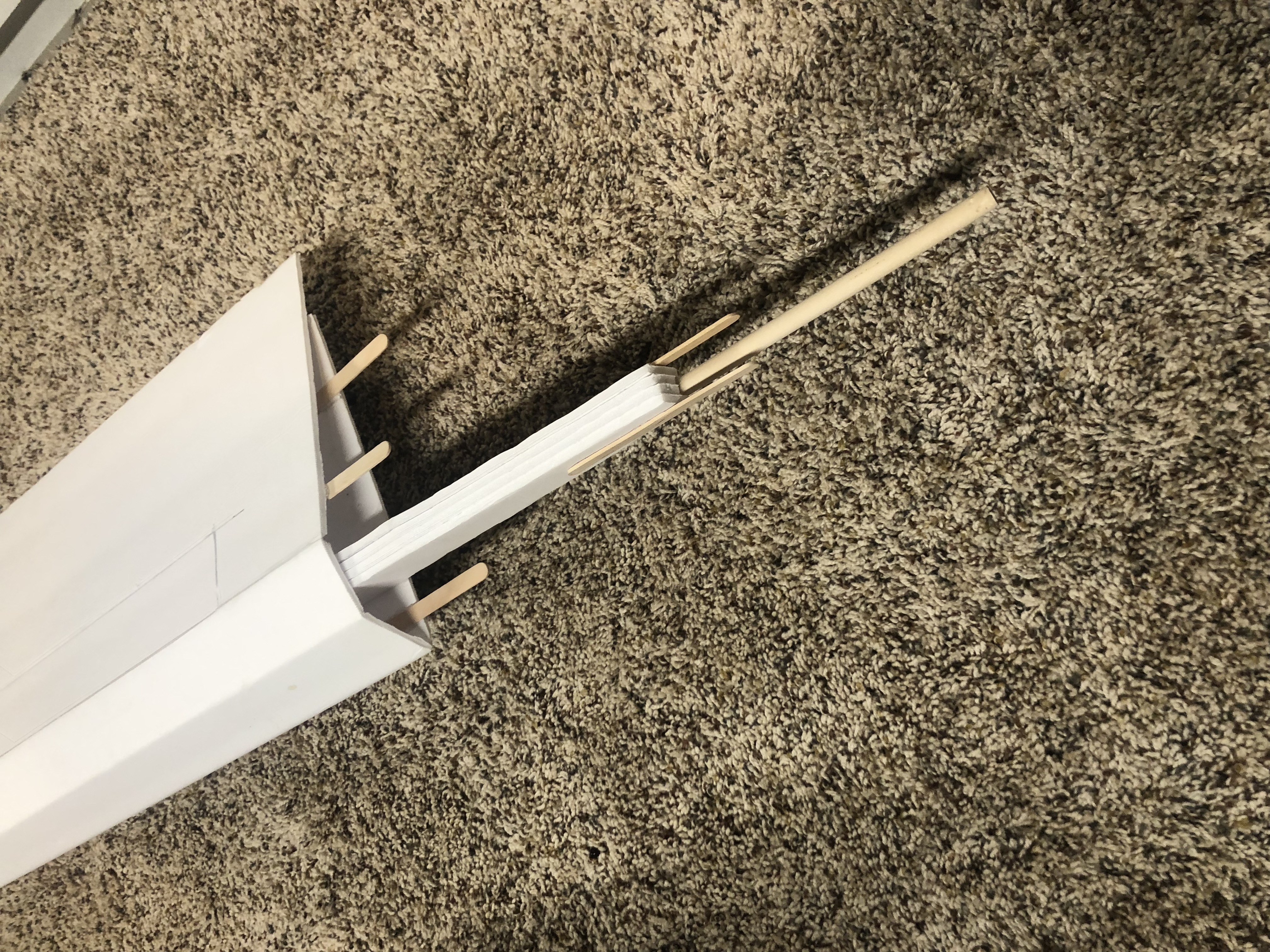 Lots of popsicle sticks were used to help with aligning the outer wing panels. 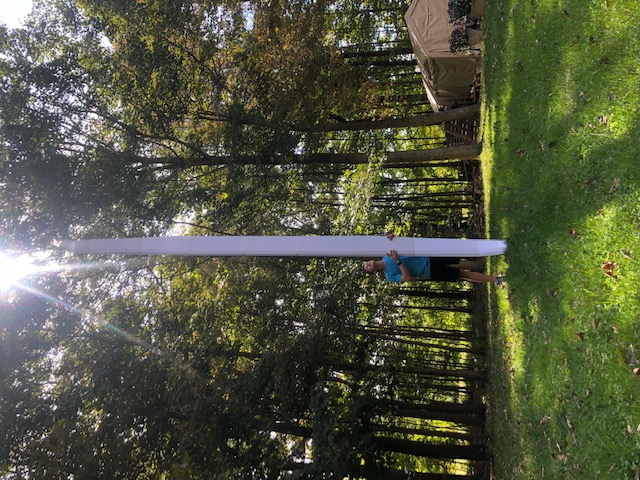 The finished wing used 10 sheets of foam board and stands 20 ft tall!

The fuselage was built next. Since it is 10-feet long, we reinforced it with foam board bulkheads to prevent it from twisting: 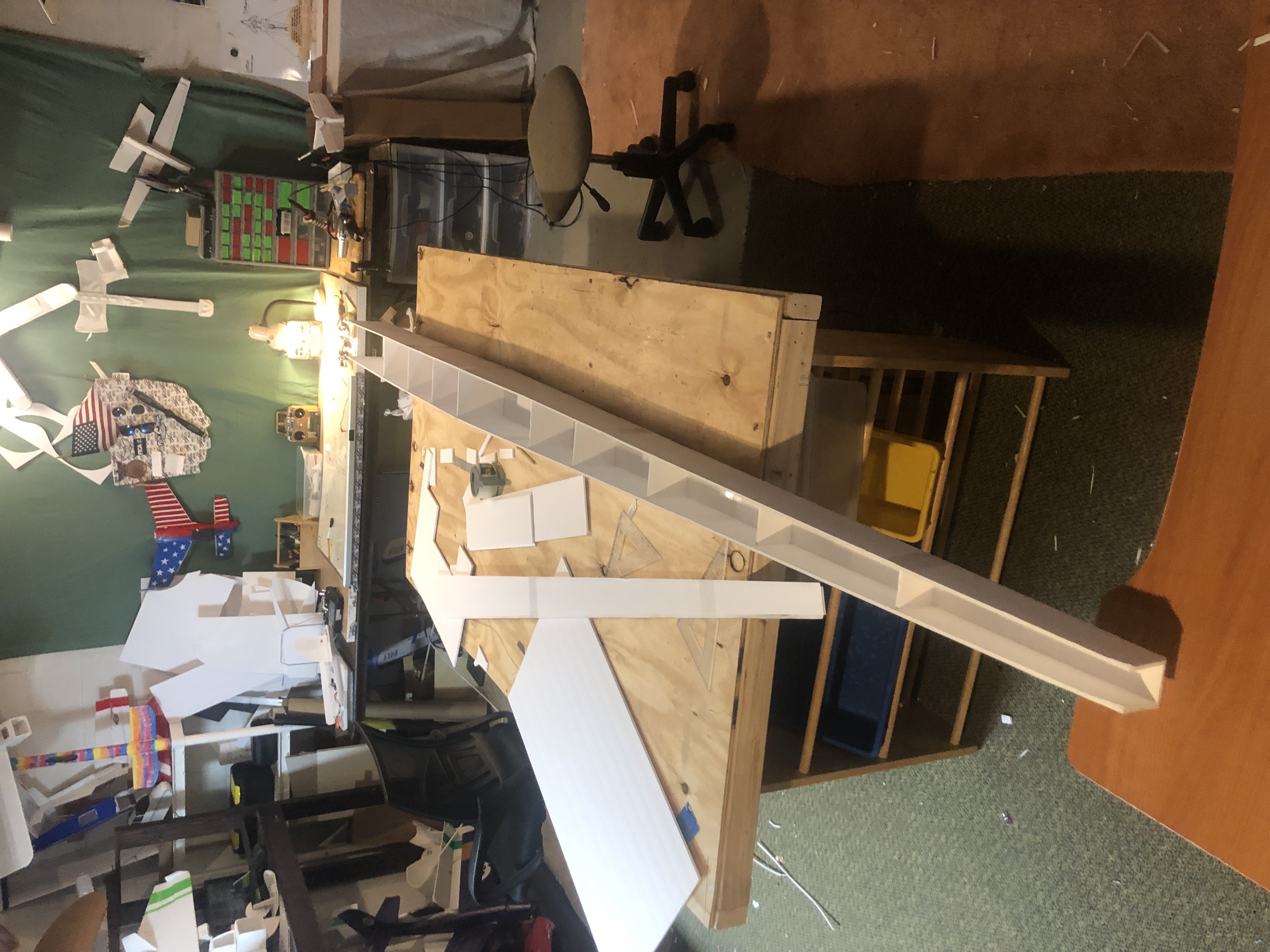 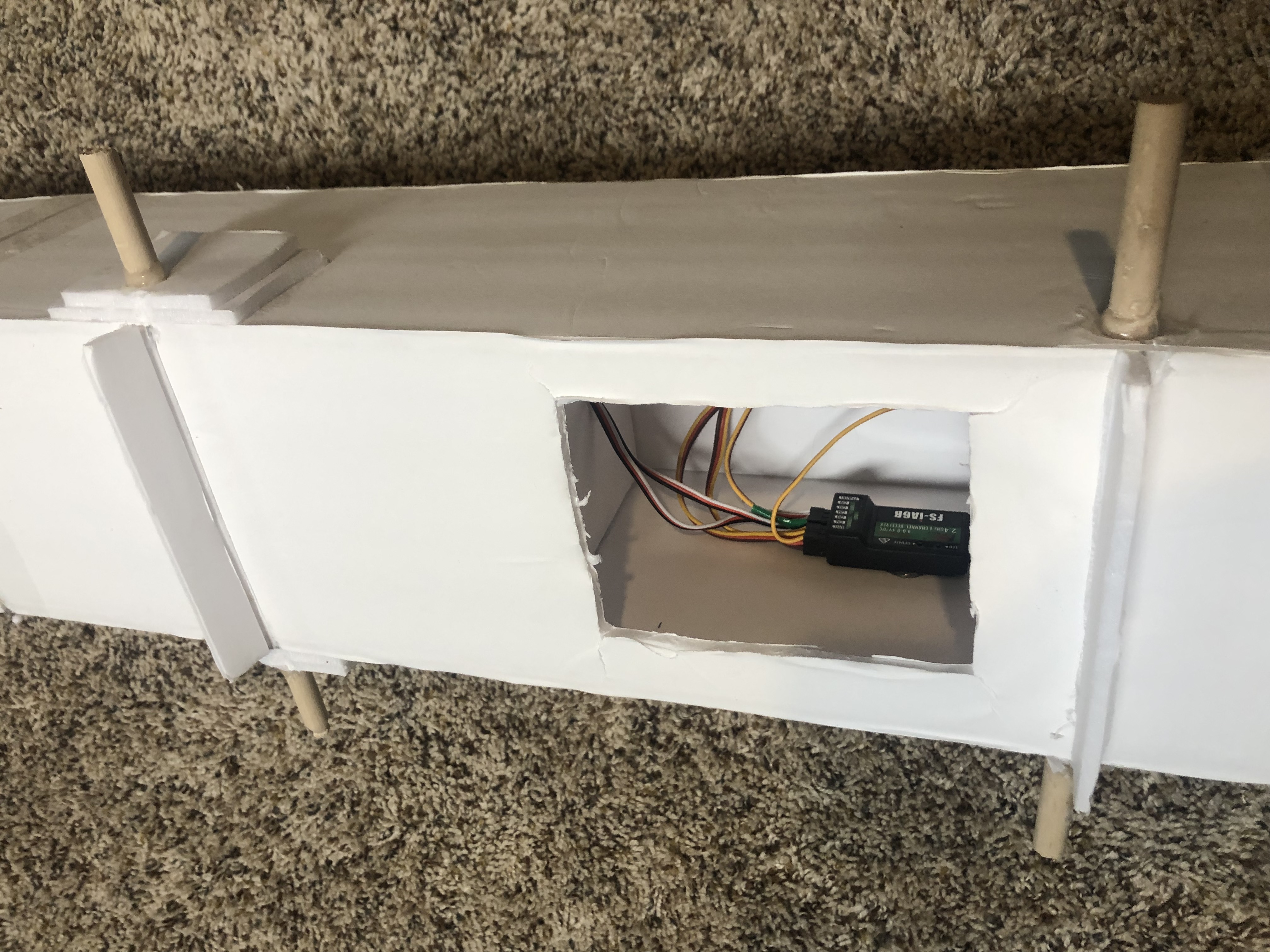 3/8" dowels were used to hold the wing on with rubber bands. 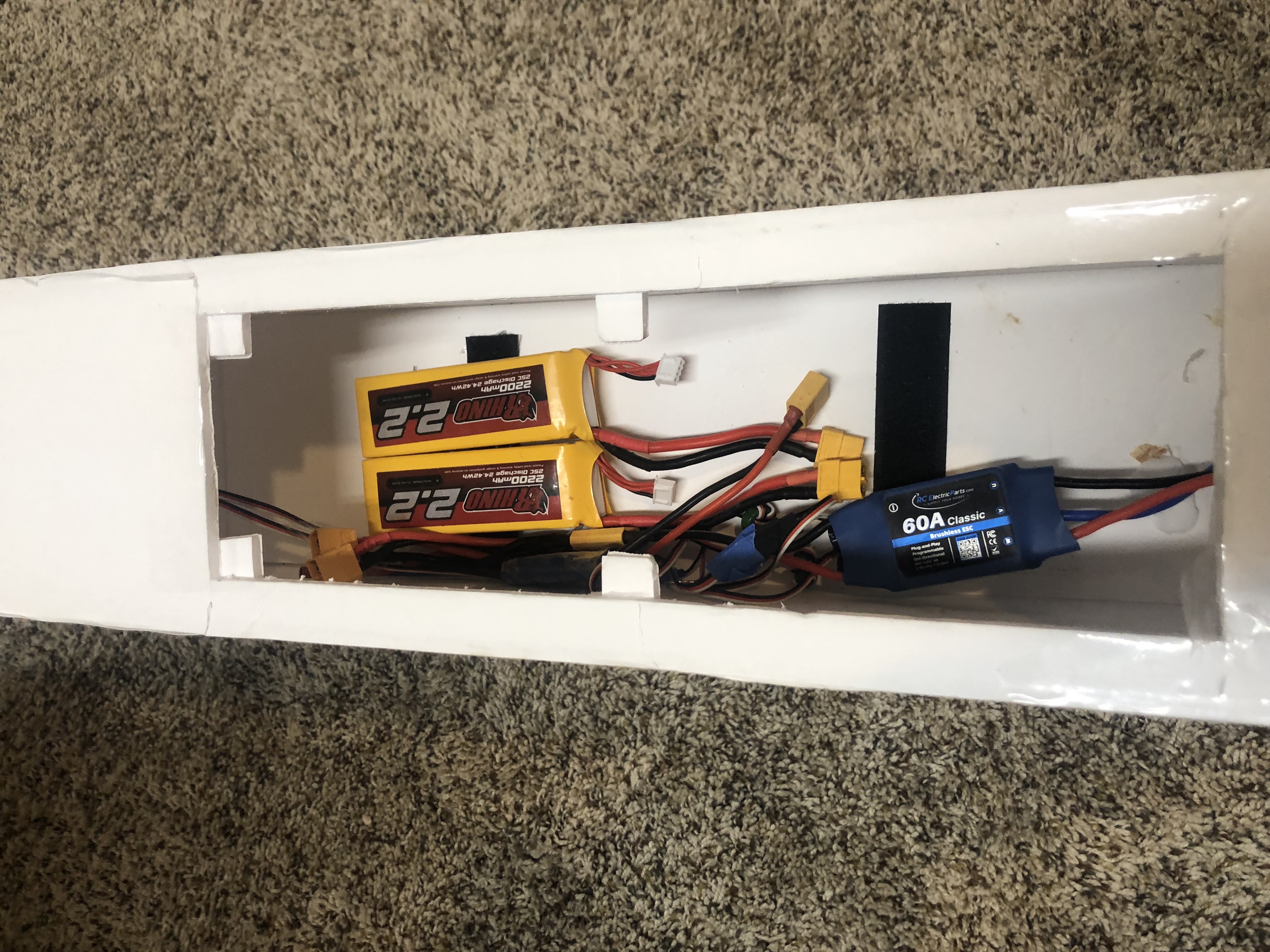 A 60 amp ESC was used to run the motor that swings a 15x4 prop, and the servos were powered with a separate BEC.

Next up is the tail. This plane is so big that we actually used the wing from a different 5-foot glider as the horizontal stabilizer! Two 9-gram servos were installed for the elevators, with a 12-gram for the rudder. 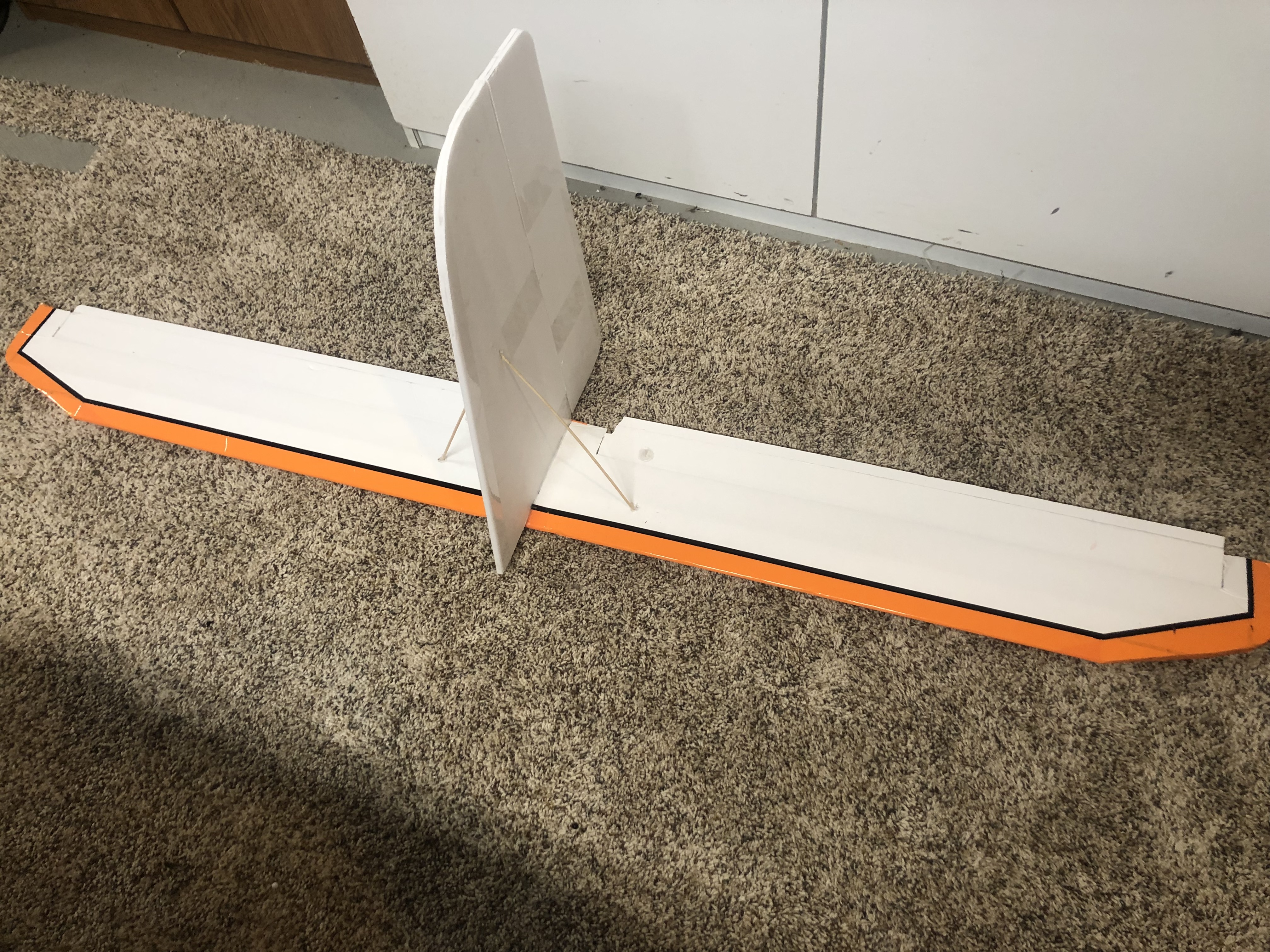 The finished glider is absolutely massive! The ready-to-fly weight is 7.8 pounds. 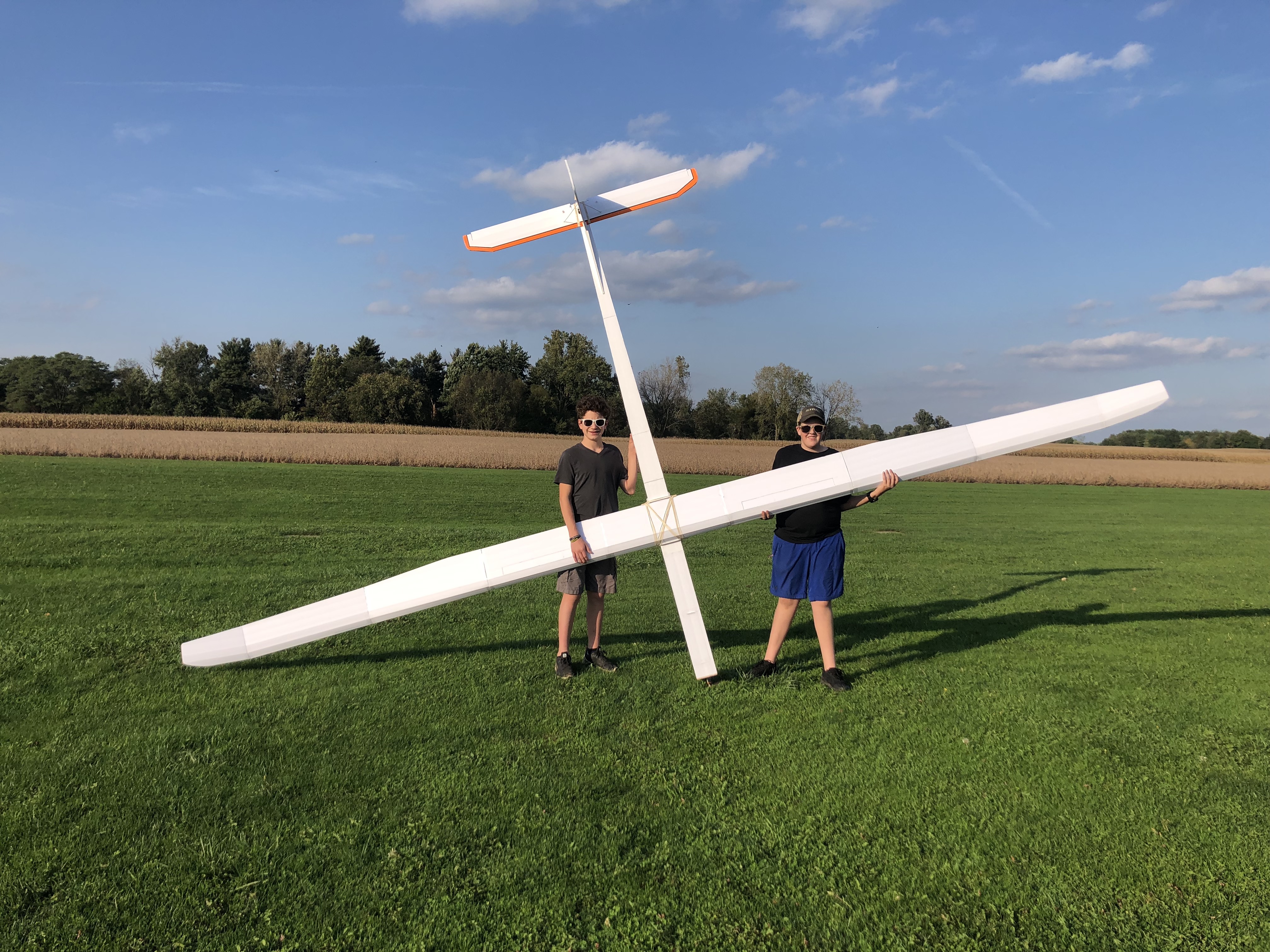 While the glider launched nicely, we quickly realized that there were control issues. The wing did not have sufficient dihedral, and since the glider is a 3-channel plane without ailerons, this made it difficult to control. Another problem was propeller protection. The prop was snapped on landing because of the belly-landing configuration of the glider. A single landing wheel was added afterward, and this kept the prop off of the ground during touchdown. Here is a video of the maiden:

Throughout this project, our club learned a lot about building big, and how to work together to create something that really works! Even though we encountered some issues along the way, we were able to think through the problems and come up with effective solutions. Overall, this project provided some great learning experiences for our club and helped us push the limits of how big foam board can go! 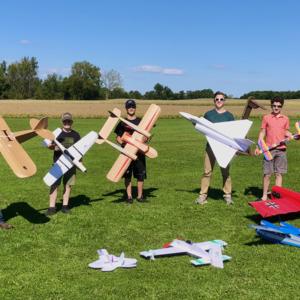