The FT Sea Duck is an interesting looking airplane. We know that its design is based on the Conwing L16 airplane and with its twin tail booms it is also similar to the Fairchild C-82 and C-119. This is where my interest in this model begins. I found DXF files for the Sea Duck after conducting an internet search. My interest was to use these files to create a C-119 model. While doing a layout to convert the Sea Duck to a C-119 I came up with the idea to scale down the DXF files so that each sheet would fit on an 8-1/2" x 11" sheet of paper. Having saved some empty cereal boxes for recycling, I decided to build a scaled down Sea Duck out of them. I printed the multiple sheets and attached them to the cereal box cardboard with spray adhesive and went about cutting out all the pieces. I had to take some liberties on making the A and B folds. While trying to make the folds, I discovered the cardboard is made in layers. This allowed me to use scoring to remove approximately half the cardboard thickness which made folding a lot easier.

I consulted the FT Build video to understand how the pieces fit together and what areas to pay attention to so the airplane would look as close as possible in the end. One thing to note is that the cardboard is a lot thinner than foam board and hot gluing is difficult although doable with some practice.

Since my plan was for a static model, and not a R/C version, I decided to adjust or delete a few of the pieces. After the tail booms and control surfaces where added the model was obviously tail heavy. I decided to use lug nuts to represent the radial engines and add the needed weight to counter-balance the tail's weight. Additional weight was added on the (former) battery tray to get the model balanced on the CG. Here are some photos of the completed plane. 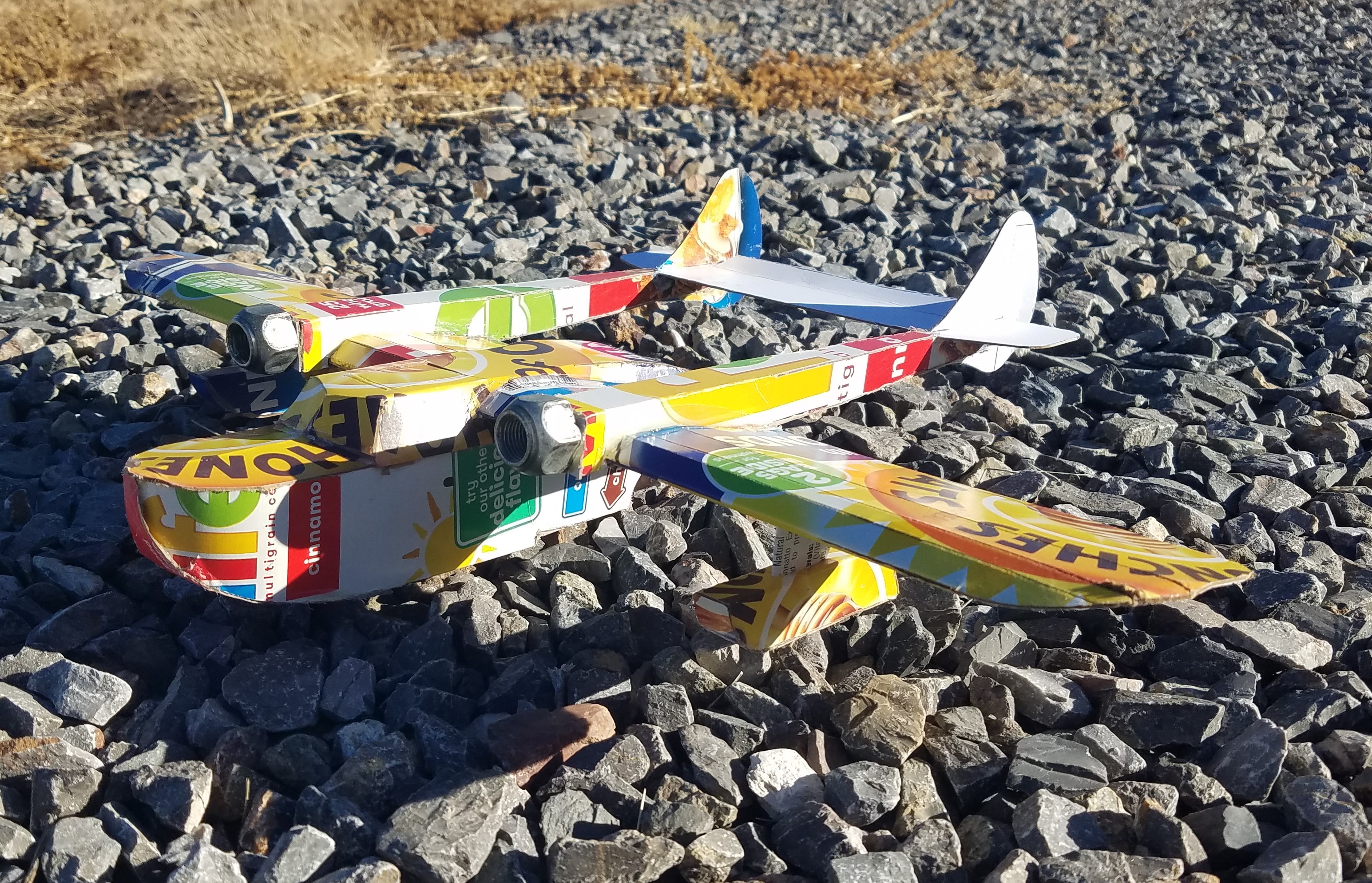 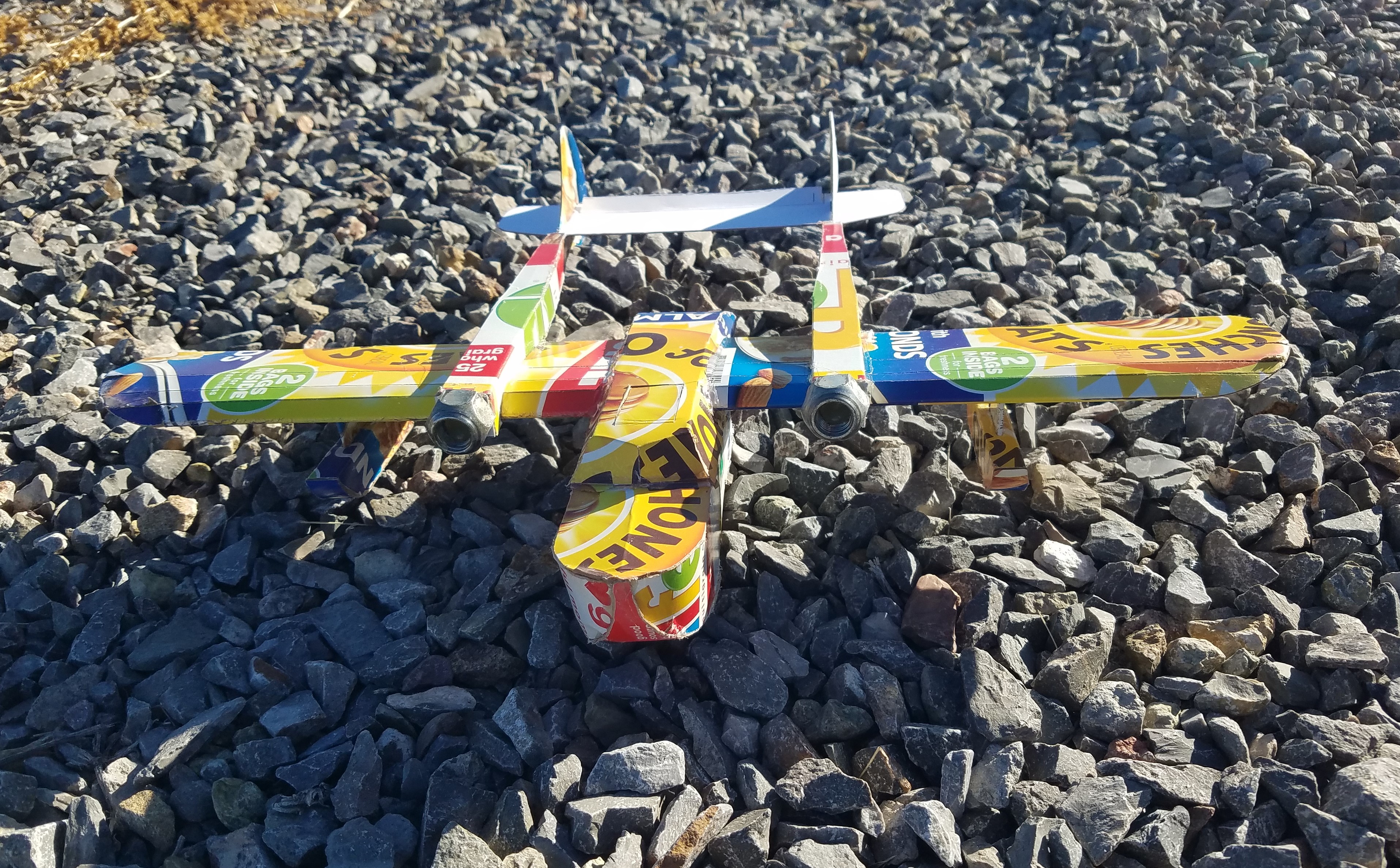 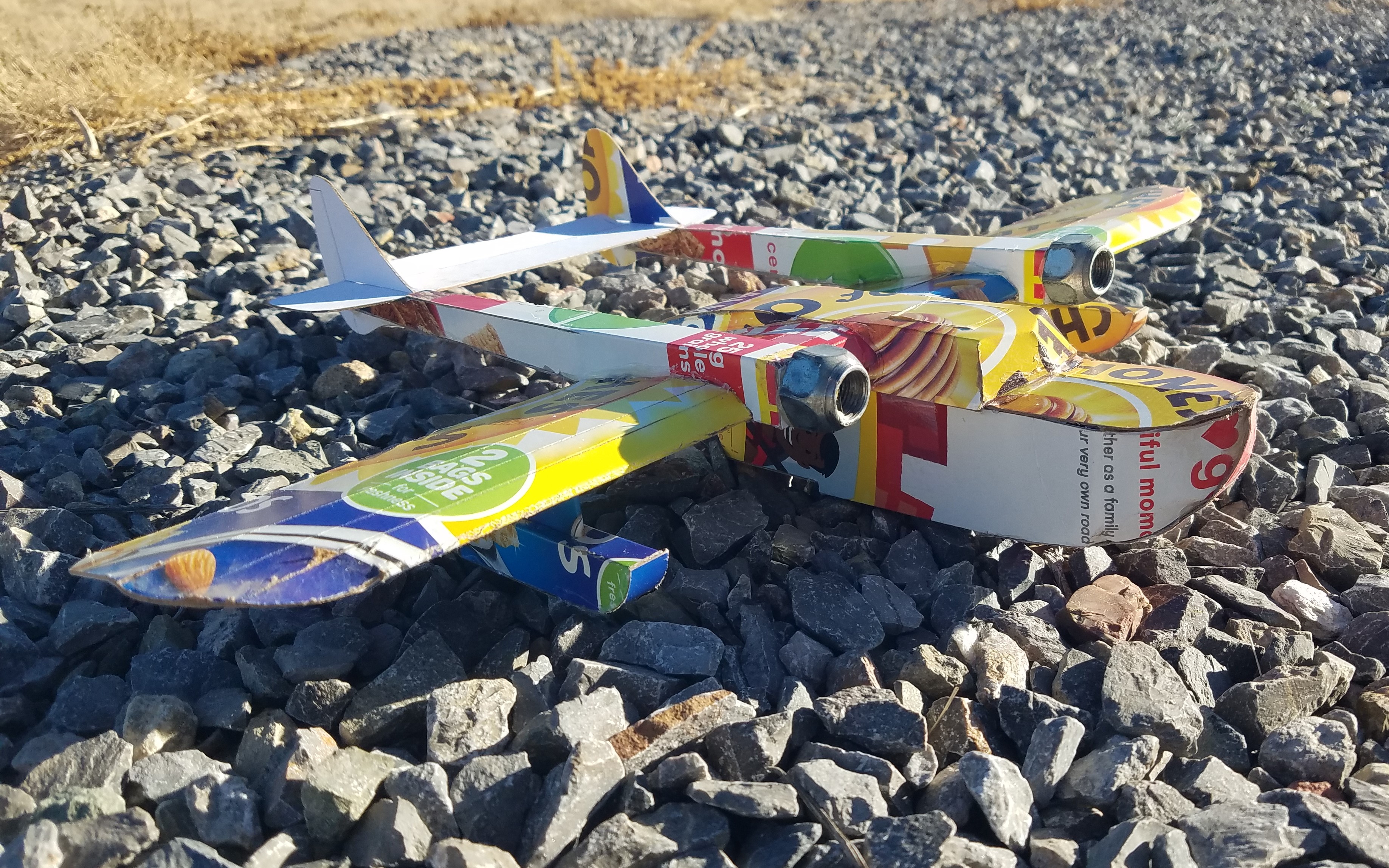 Afterwards, I decided to conduct some glider flights. The maiden...was as expected. After a hand launch the plane flew in an arc towards the ground. After bending in some up elevator and left rudder, the next launch saw the plane fly further; although, I think wing loading played a part in the plane stalling and nose diving to the ground. After several flights, each resulting in some nose damage, the final landing resulted in a severely crushed nose and loss of an 'engine'. Here is a picture of the final landing: 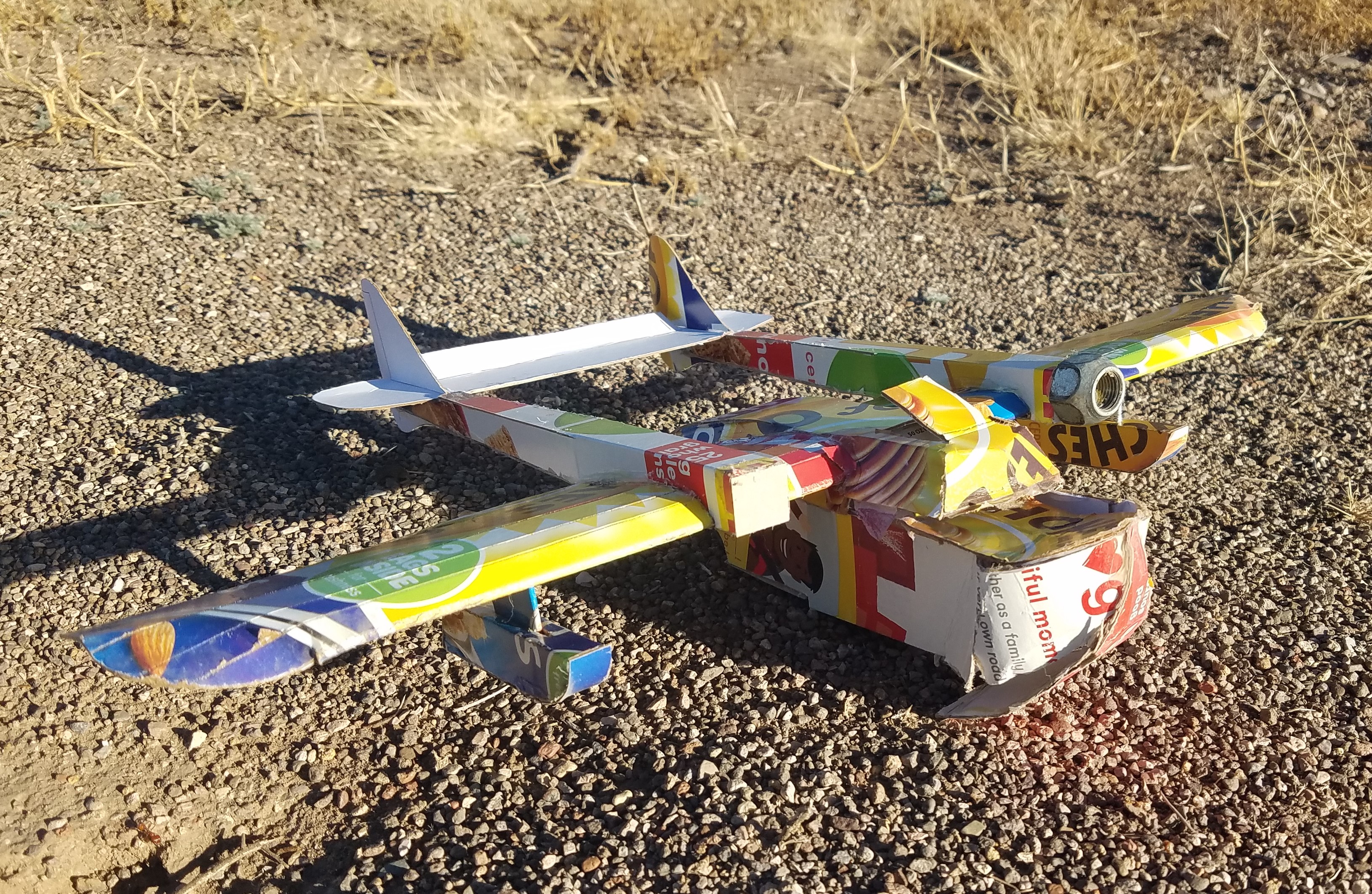 Although the FT motto is Build, Fly, Crash, Repeat...this is where the story ends. It was fun building this scaled down version and it gave me several ideas on how to construct a C-119 version.