I came across this antenna design by HugeOne at FPVLAB. I found the antenna to be rather complicated to build as specified in the tutorial, so I made some modifications to the process that seem to ease the build and produce results with much higher tolerances. This tutorial shows how to build a 5.8GHz turbine RX antenna, at the end of the tutorial I have listed the measurements necessary to build a 3-blade TX fan antenna.

Begin by cutting eight wires to a length of precisely 1.751". This is best accomplished by using wire cutters to make a rough cut at about 1 13/16" and then filing the wire to the proper length. 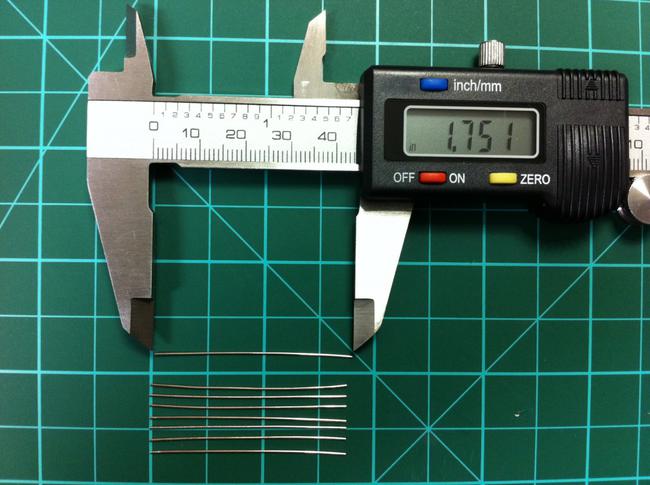 Bend the wire 90 degrees after the 0.660" mark. The resulting segment should measure about 0.680" from the outside of the bend. 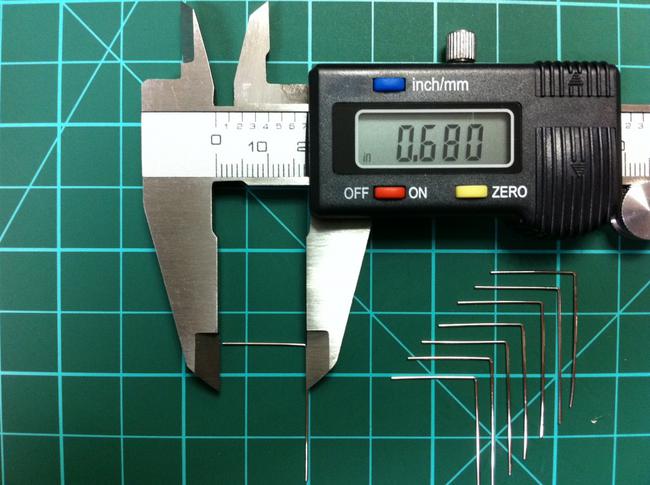 Bend the wire 120 degrees inward after the 0.303" mark. The resulting segment should measure about 0.323" from the outside of the bend. 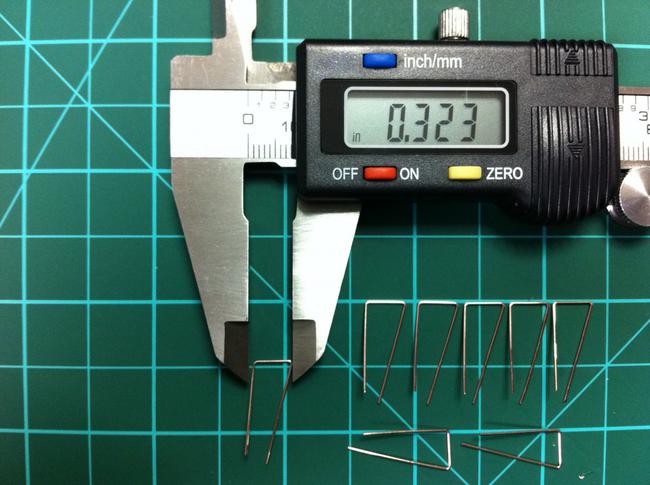 Bend the wire 120 degrees inward after the 0.698" mark. The resulting segment should measure about 0.718" from the outside of each bend. 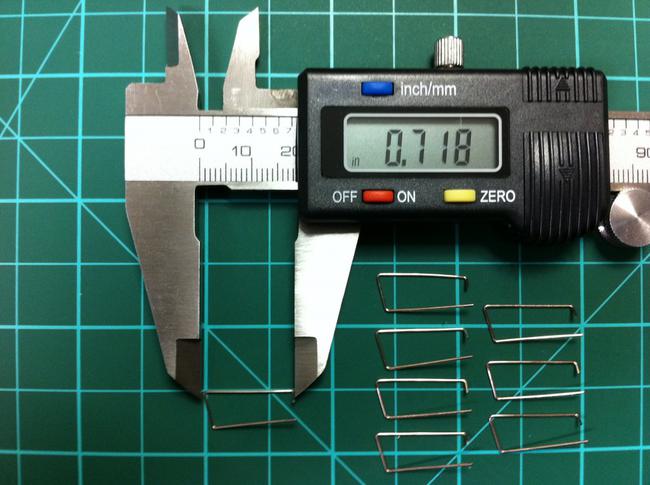 The lower segment should be bent slightly outward with close attention paid to the proper polarity. Each blade should be angled 45 degrees (33 degrees for fan antenna) away from the small center wire. 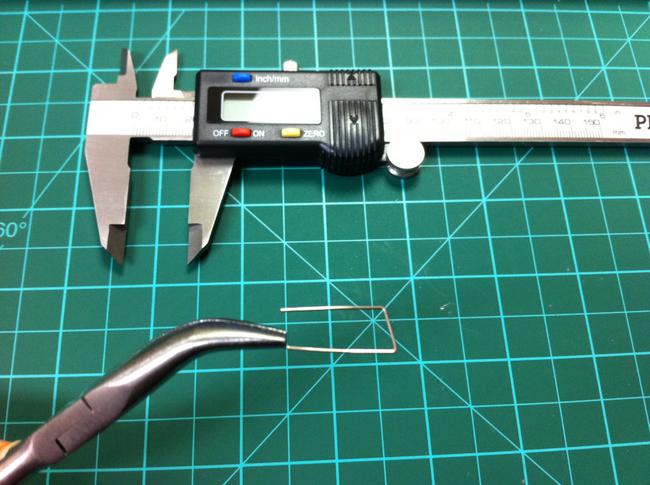 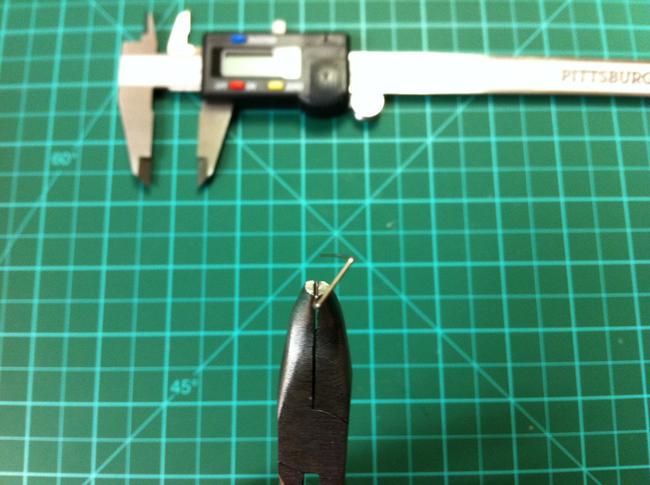 Use a template, such as the one depicted below, to properly align the blades 45 degrees (120 degrees for fan antenna) apart. Use double sided foam tape or another temporary adhesive to hold the blades in place.  A piece of scrap below the top wires will help to prevent the solder from melting to the lower wires. 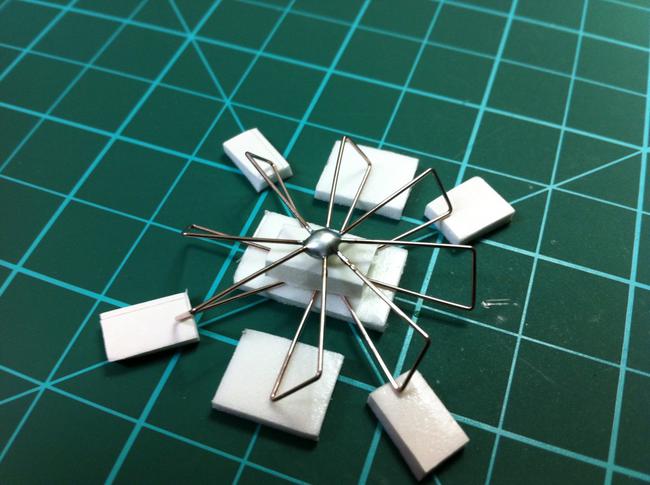 Carefully remove the antenna from the template. 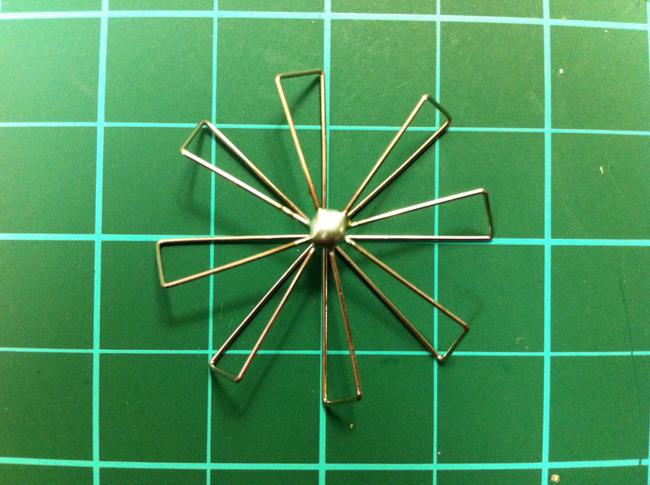 Strip the coax cable and tin the shielding of the cable. cut the tip of the cable to expose the core. 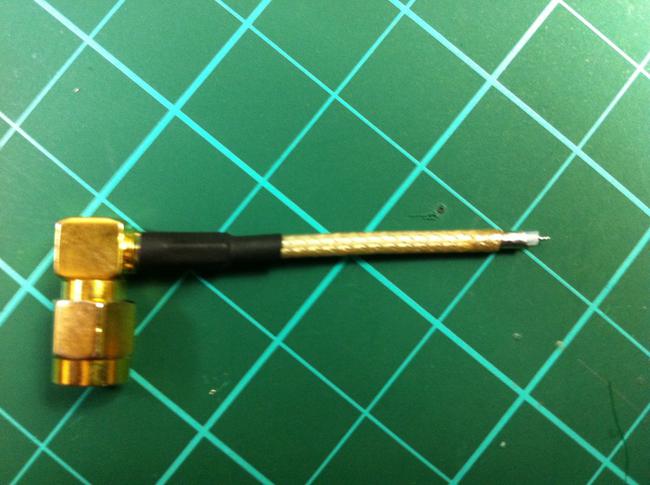 Solder the lower wires to the outer shielding prior to soldering the core to the center of the top wires. 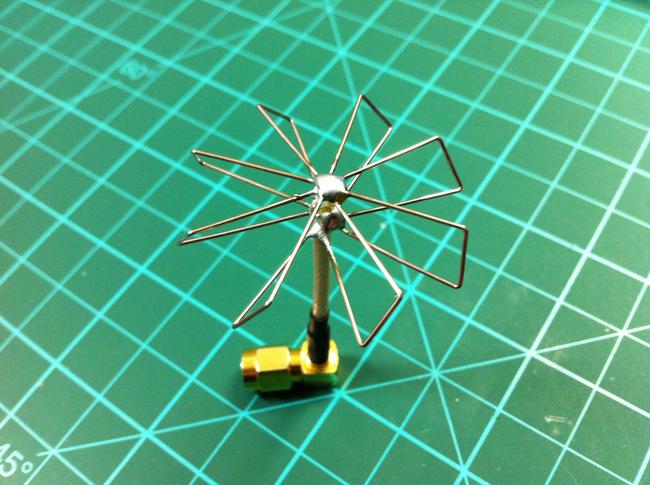 For my most recent tutorials and build logs, please visit my website.

casehatter on August 8, 2012
Is this a better antenna and have you proved it or tested so to say?
Log In to reply
apolak on August 9, 2012
It is supposed to be the best circular polarized antenna you can build, but I am no expert on these antennas and I'm still waiting on my fpv gear for testing. They were designed by Hugeone, who claims that they have the best multipath rejection, better than more common skew planar and cloverleaf antennas.
Log In to reply
casehatter on August 9, 2012
Thanks for the return and please let me know when you try it out what ya think. Once again Thanks
Log In to reply
apolak on August 9, 2012
I don't have much FPV experience, so I may not be the best judge, but perhaps somebody else will chime in with their results. Once I get my setup flying, I'll give these antennas a test and post my results.
Log In to reply
santiago404 on August 8, 2012
This looks promissing, ill keep an eye on it for sure!
Log In to reply
skelator on July 3, 2013
nice Hugo tutorial pdf kinda confusing :P need the be read thoroughly but yours is easier to understand , still Hugo did a great antenna design no doubt about it
Log In to reply
jharwinbarrozo on October 10, 2014
Due to the big solder joint you did, it was no longer the length that you measure using the caliper. And now the actual length is "0.718" minus the radius of that bulky solder".
Log In to reply 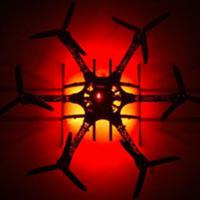