This isn't a Tip or Tutorial but rather an interesting discovery/observation that we made a week or so ago.

Interestingly Jason (Danger Mouse), Thomas (My Son) and myself were doing some FPV range testing and on this particular day the video reception was really, Really, REALLY bad due to possible EMI (Electro Magnetic Interference) caused by Power-Lines.

Its worth noting that for the most part the Helical did do better, but there were times where it had no reception and the Skew Planar did. which was a completely unexpected surprise.

I've also had people ask if the Helical was pointing towards the aircraft and the answer to that is Yes. So its not like the aircraft was behind the Helical and this was the reason for better reception on the Skew Planar antenna.

This is a good example why a Diversity Receiver could very well be the way to go! I hope you find this rather boring video of interest, I know we did. 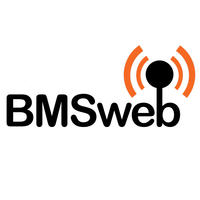