A lot of people use fancy multi-rotors for Aerial Photography (AP). These are great but are reasonably complex. Have a look at the above video to see what could happen if you have, say, a motor failure.

Did you get to :55? If you are starting out in AP, don't let that happen to you!

When starting out I recommend old-school fixed wing, namely the GWS Slow Stick.

These are still available and quite cheaply too. A major US distributor has the kit available for $36.

Why should you use a Slow Stick for aerial photography?Well;

1. It's slow (that's good; means there is less movement for the camera to deal with when you take a photo)

2. It's wing is under-cambered (that's also good; gives it high lift and payload capacity for carrying a camera)

3. It's 'fuselage' comprises a stick (that's good for hanging a camera off and other modifications)

4. It's undercarriage is tall (gives a lot of space for the camera)

In fact if you are thinking about giving this aerial photography stuff a go I can highly recommend this aircraft. It is a lot cheaper than the multi-rotor craft, a lot easier to set up and despite it's simple appearance can produce some quality images.

For AP the SS needs some modifications.

Toss aside the brushed motor that comes in the box and buy yourself:

Next modification is the camera mount:

I use an ASKMAN AP mount which I believe is no longer available.

I love the tilt-servo of the askman mount as it lets me adjust the camera angle from the ground depending on where I'm flying in relation to the target. It also lets me lift the mount up level when landing so as to prevent scratching the camera.

Another great feature is how the askman mount 'hangs' from the fuselage enabling the camera to stay level while the aircraft is pitching and rolling.

Without askman mounts on the market you could make your own.Or if I was doing it again I'd probably go and get this one from blue sky rc.

1. Down angle; the camera has to face down somewhat, at least 15°. Make sure you get your wing out of the shot! Experiment to find what angle suits you (note how the blue sky item is adjustable).

2. Vibration isolation; I use rubber foam (receiver saver in my case, stubby cooler rubber would also work or a mouse mat) to help isolate vibrations.

As for mounting, a nylon bolt screws into the tripod mount on the camera. Which way? Some people like to face the camera forwards; handy for video. I like the camera to point sideways for stills as you get to flypast the subject and take photos.

Now to choose a camera.

I'm very happy with my Canon Ixus (was ~$200 when purchased) and would buy an Ixus again if I needed to. I have had good results with Pentax Optio S4, S7 and S10 cameras. These are all compact point and shoot cameras in the 100 to 120g range which are easily carried by our DT750 powered slow stick.A friend here in Australia recently bought an Optio (S7 I think) on ebay for roughly $25 including post! So choose a model line, cruise the bay of e and start with a cheapy to experiment with.

In any case you could potentially get a good AP setup going with change from $150. I hope this article encourages you to do so.

A thread on flite test with photos and discussion can be seen here.

Next article will be better!
Log In to reply 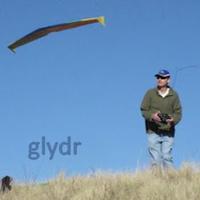