Airsoft A-10 Warthog VS. Tank! - Behind the Scenes

A giant foam plane, a giant foam tank, an awesome airsoft setup - what's not to love?

Sometimes, working towards a goal can bring people together through joint problem solving and hard work. This latest Flite Test challenge saw the FT Team design and build a giant A-10 Warthog ground attack aircraft and behemoth RC tank to go head-to-head in combat.

This article will show you a little of what happened behind the scenes to (quite literally) get this project off the ground!

Here's the video of the epic airsoft battle!

Disclaimer - We are trained professionals. This may look like fun and games but a lot has gone into making sure this video has been done properly and safely. We are flying over our own private property with everyone present made aware of potential risks. Airsoft in Ohio is classified as a toy, not a weapon. Please enjoy this video, but do not try to recreate it.

So what sort of obstacles did we have to overcome to pull this thing off? Well, one of them was weight increase. The original A-10 was 7lbs but the final version weighed in at 28lbs - that's four times heavier! 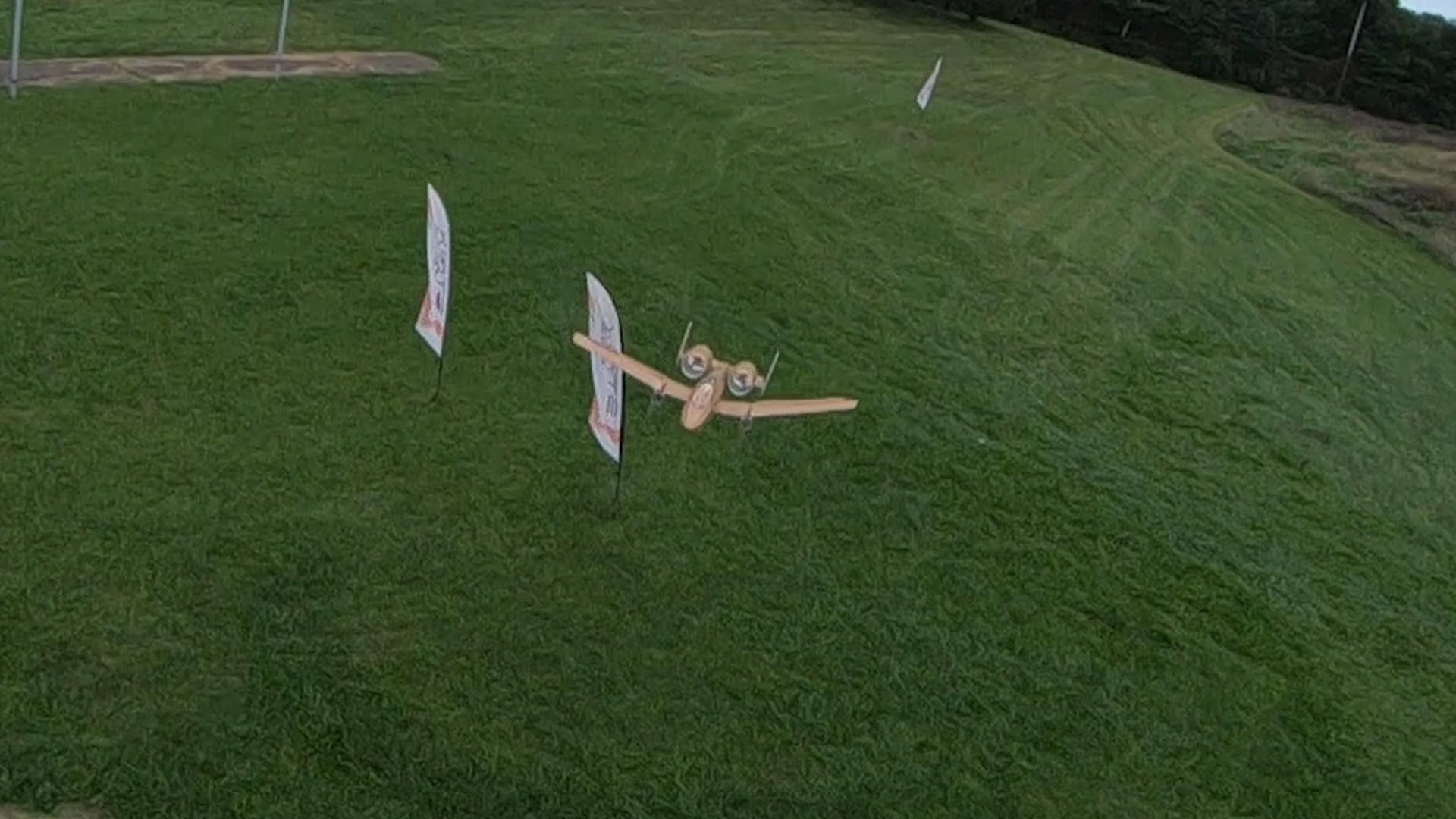 The A-10 was designed with airsoft in mind, but Jeremy, Josh, and Andres didn't know whether the design would actually be able to take the added weight of the equipment, cameras, lights and extra batteries needed to shoot the episode. Although not shown in the episode, there were some problems with the wing loading and the wing began to fold on our star A-10. 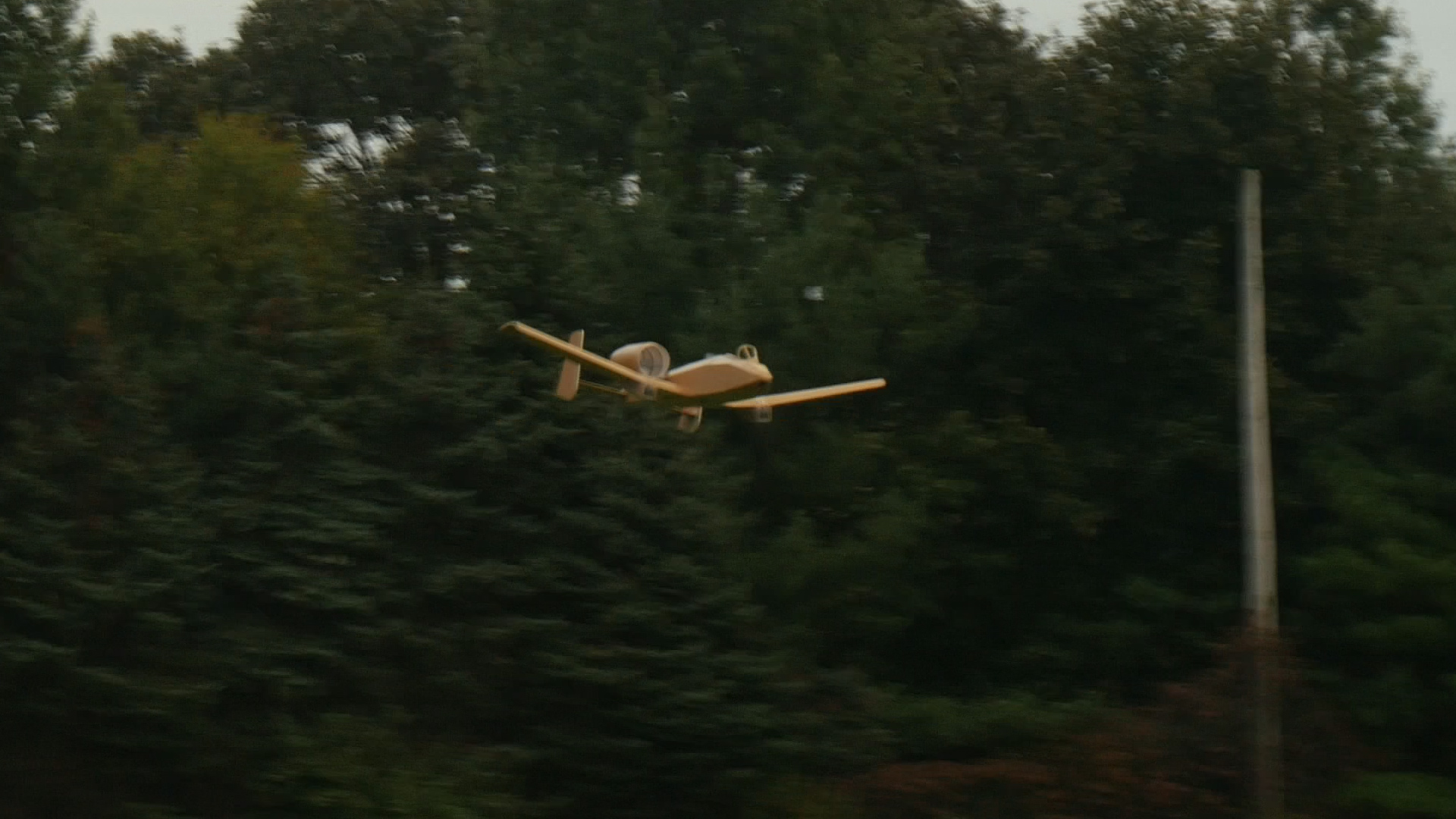 Often in RC scratch building we like to use wooden spars to reinforce wings. In that regard this build was no different to the smaller builds although we did beef it up a little. This particular structure is called a box spar. It is a traditional method of making wings stronger often used in full-scale aircraft. This box spar only ran part of the way into the fuselage, however, and was used to make the wings removable. 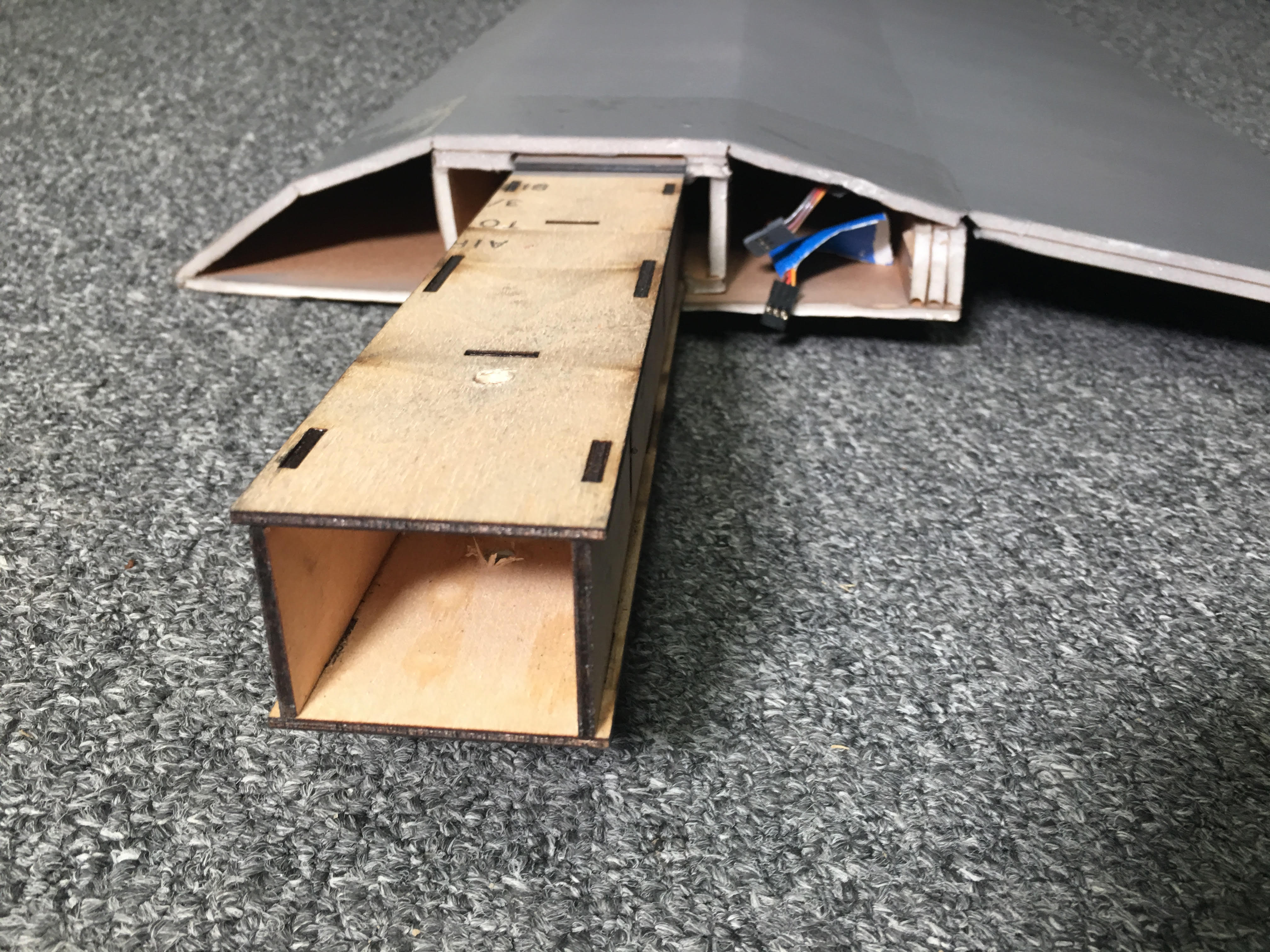 The center section of the wing also has a box spar that receives the outer section. When locked together, they create a unified structure. 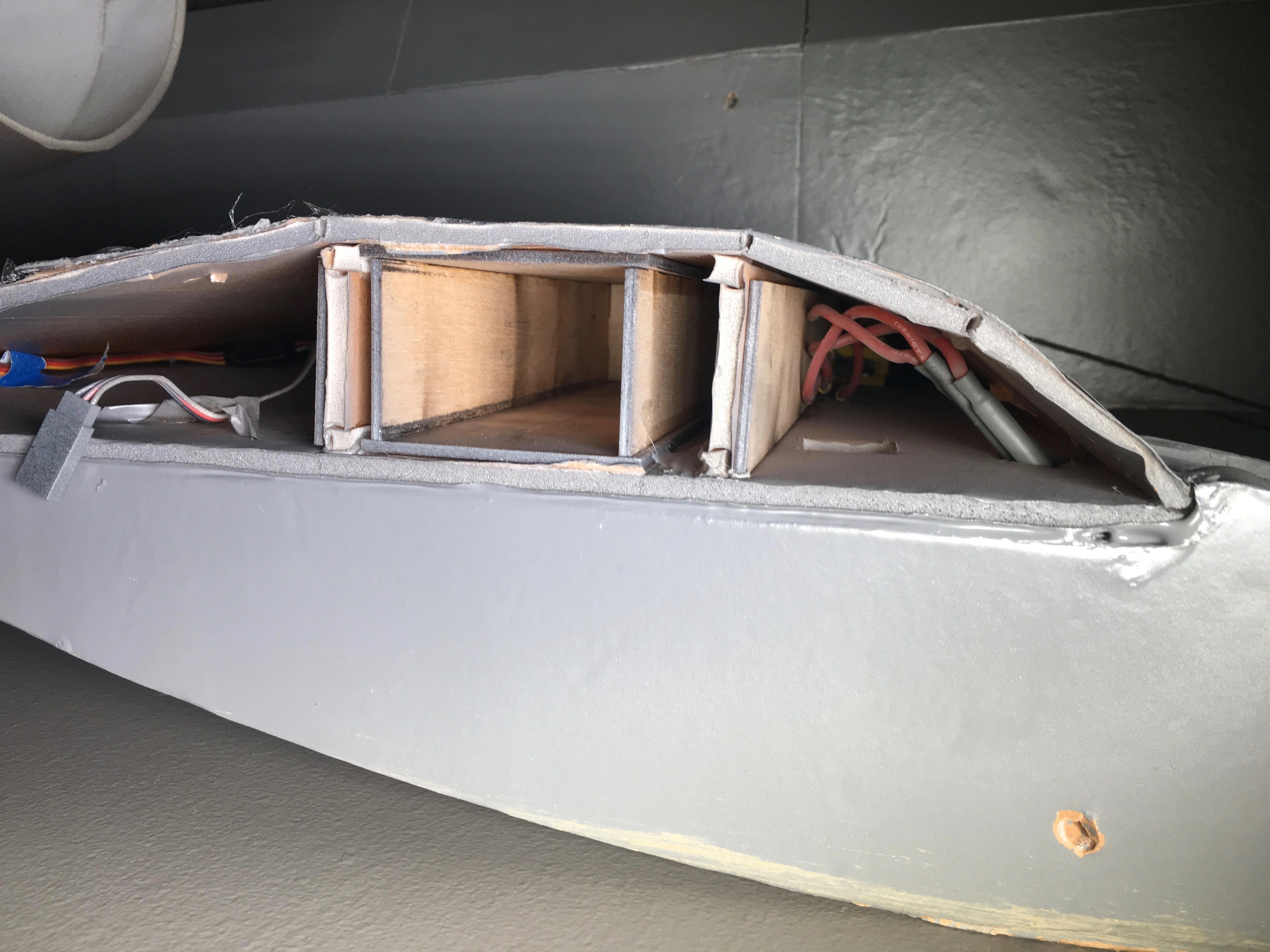 This was quite an easy retrofit. The plywood box spar and extra reinforcement strips could be installed just behind the original foam counterpart designed to work with the first version of the plane. As we hope to produce a kit of the A-10 sometime in the future, it's great to iron out issues like this at an early stage. 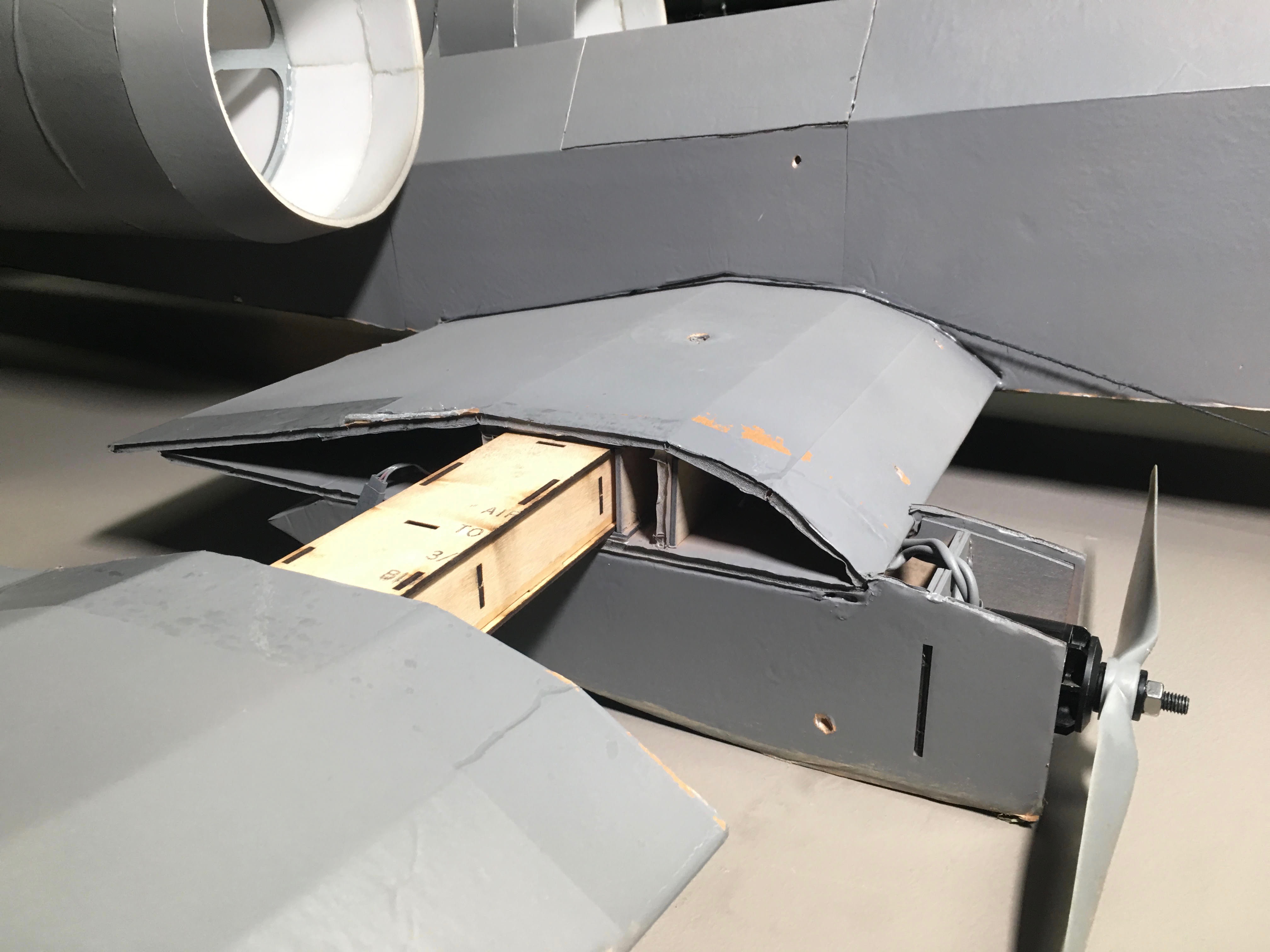 Building the wings with removable outer sections like this made the A-10 far easier to transport to the flying field. For big builds like this, we highly recommend that you include a feature like this. If you want to know how to build a reliable removable wing system, check out this article and video on monster sized airplane builds tips! 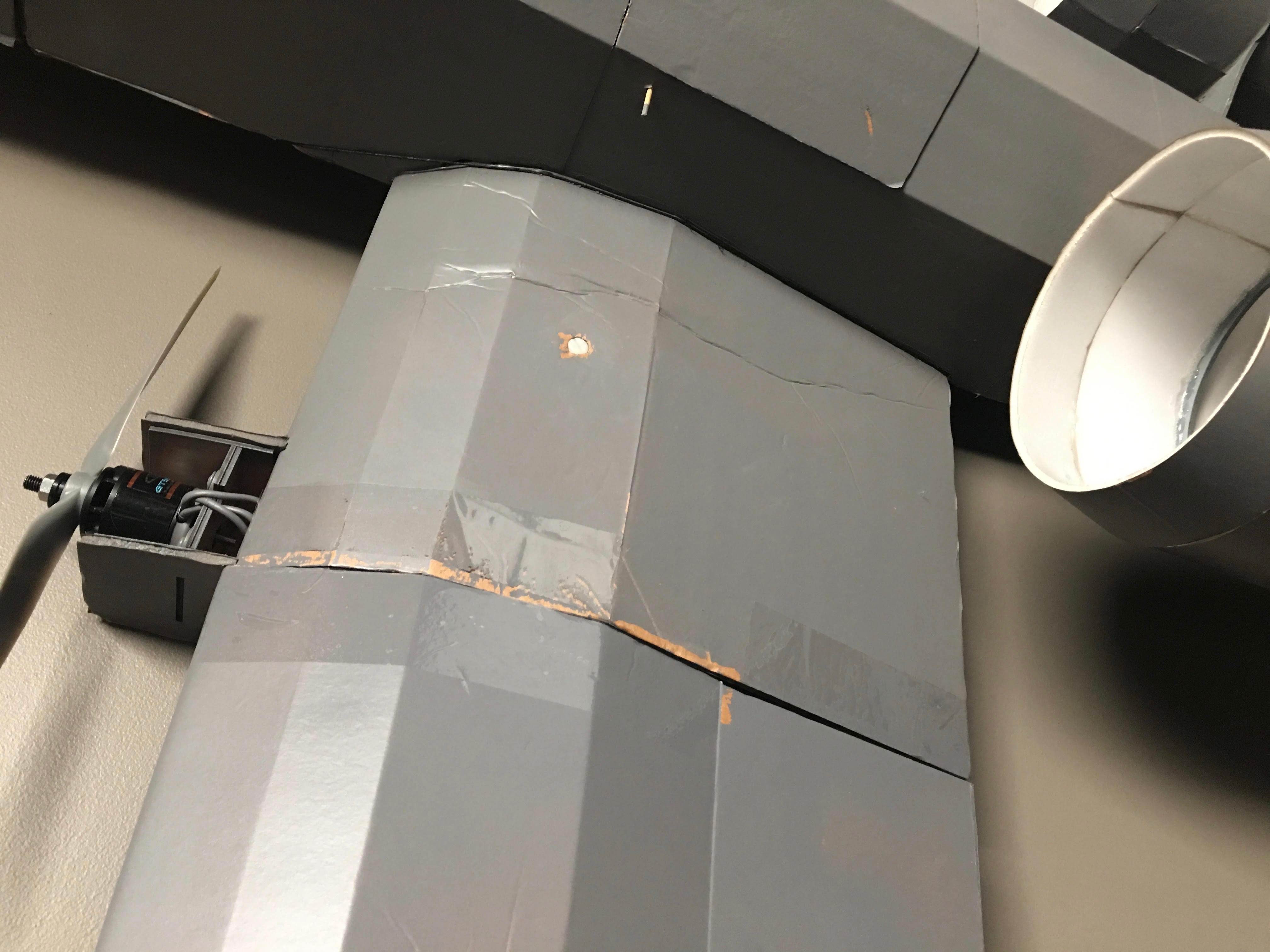 Another issue we had to overcome concerned power. Originally, on the prototype A-10, we used four of our C pack motors inside the jet nacelles at the rear of the airplane. 4.2lbs of thrust had been sufficient to fly the model when it weighed just 7lbs, but with the increased AUW another propulsion solution was needed. 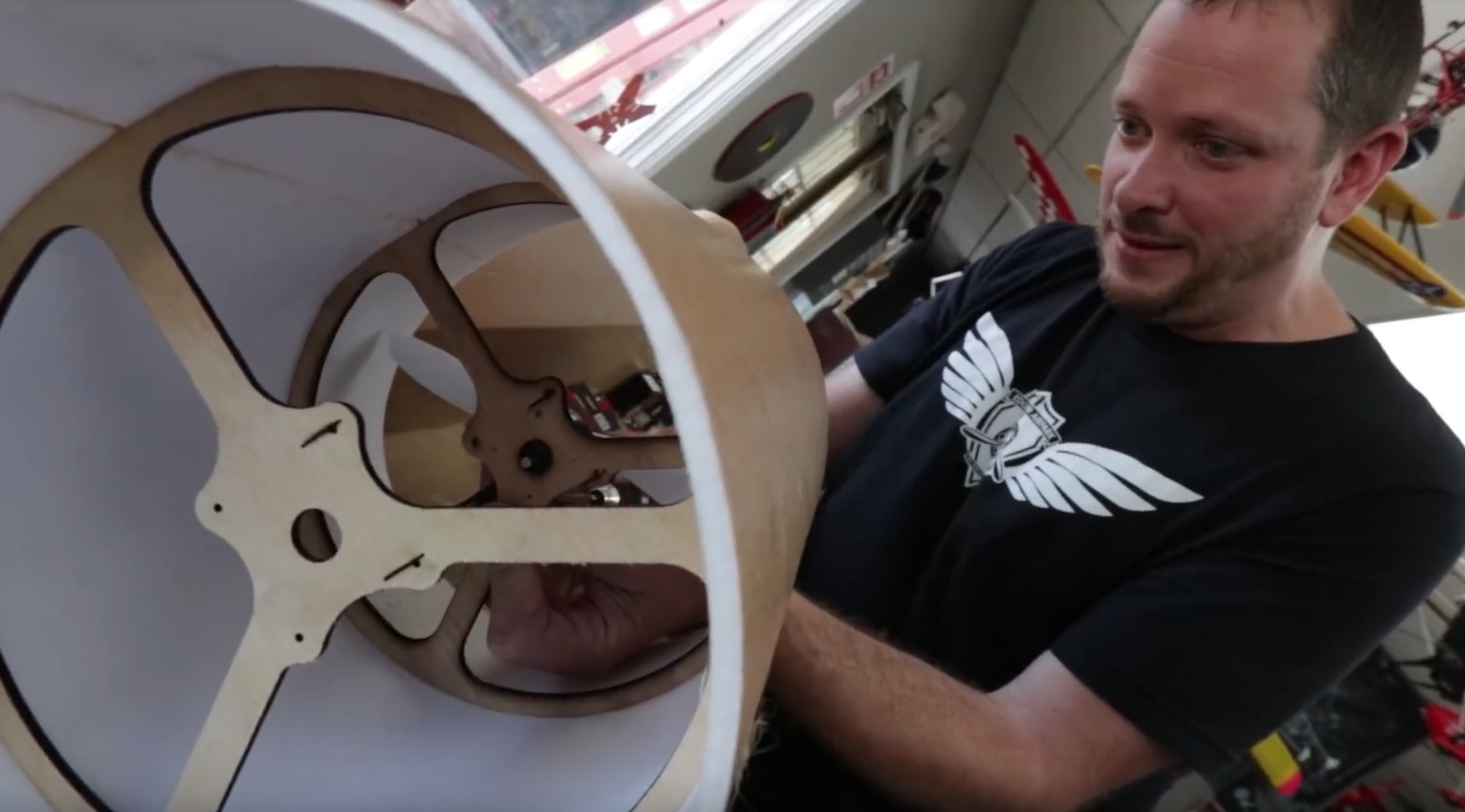 Instead of using four smaller motors in the rear, Jeremy and Josh decided to mount two larger motors up front under the wings. These are new motors we're testing for our upcoming giant scale kits. More info soon! 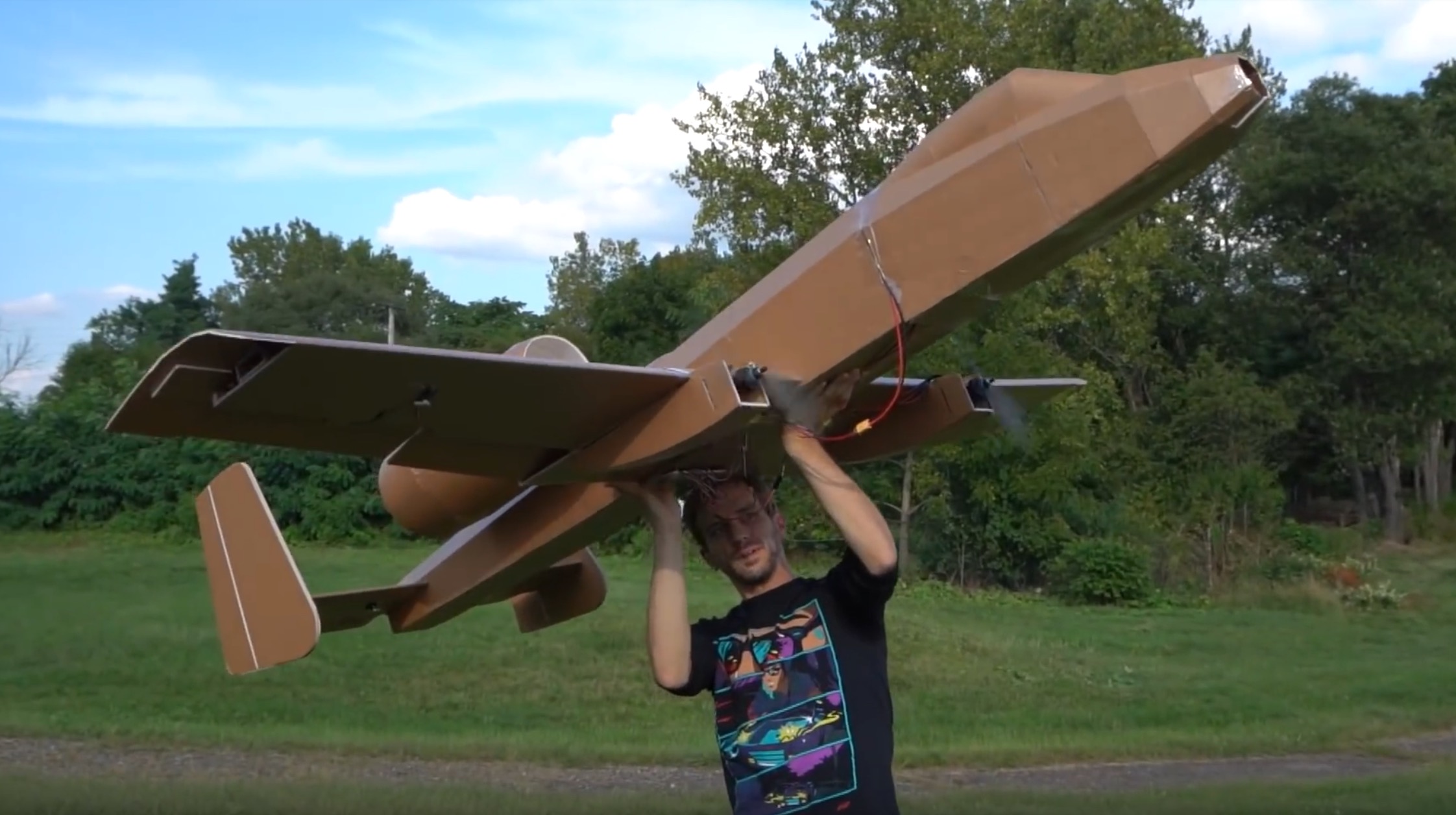 One last modification that was needed was tail reinforcement. The first flights of the prototype had resulted in the layered stabilizers delaminating which, as you can imagine, wasn't ideal. We took the opportunity to build the new tail from our new thick foam. It worked a treat! 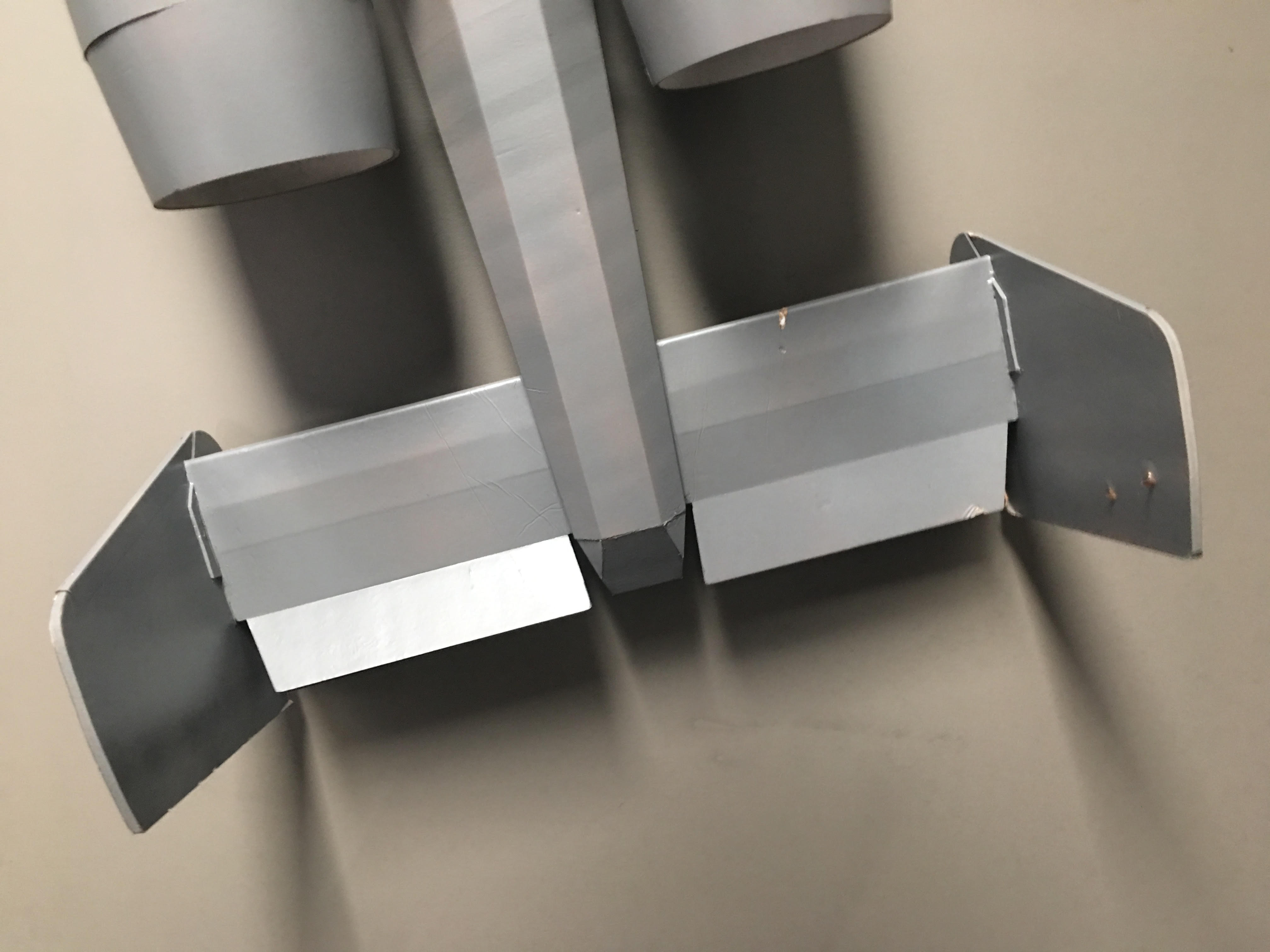 Plywood panels were also added to make sure the tail would hold up during a belly landing. Landing is one of the main causes of airframe degradation on models. Taking steps to ensure your plane is adequately protected is always worth it, so make sure you consider factors like this when designing your own planes. 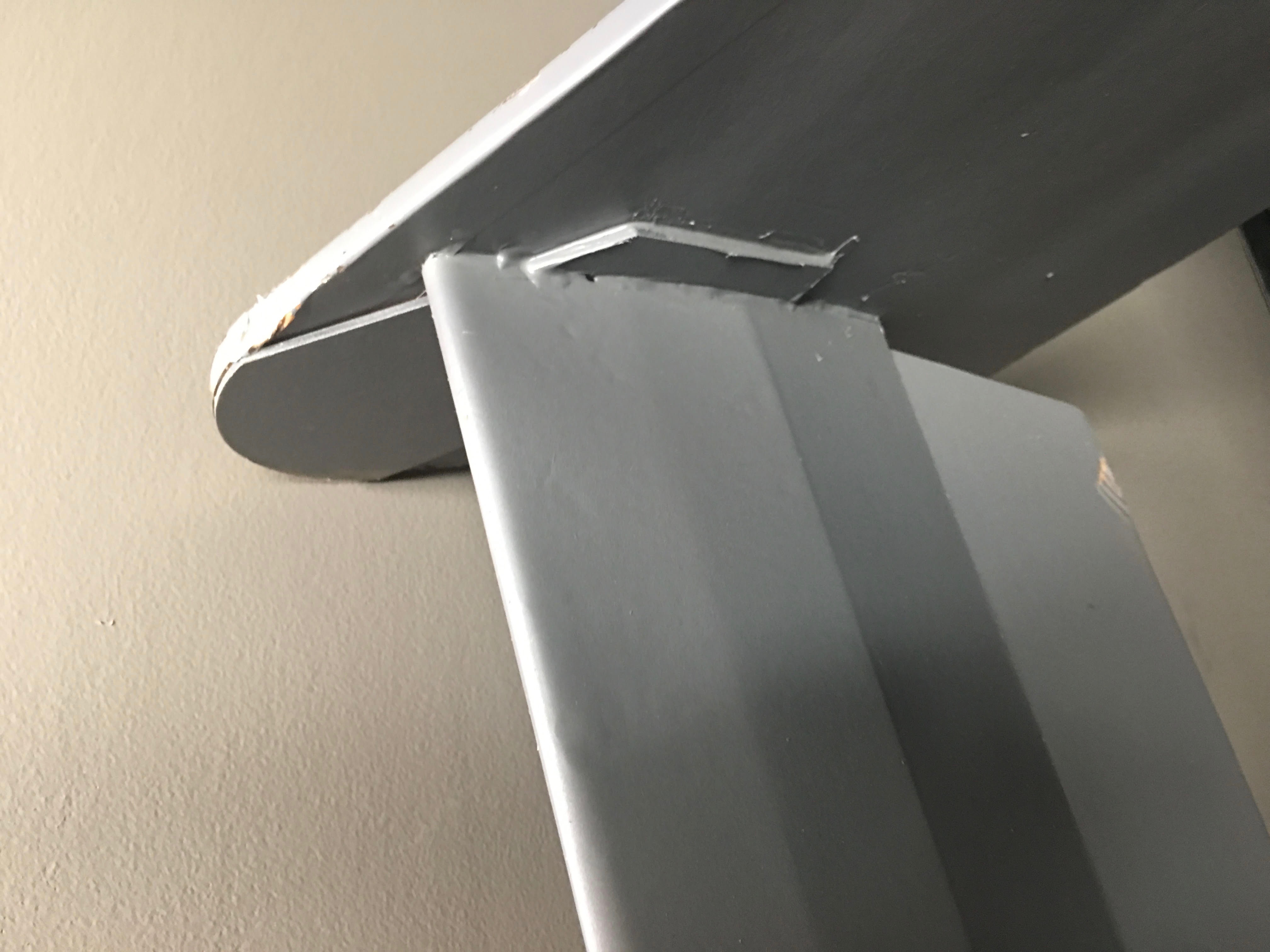 Decorating to give it the final touch. 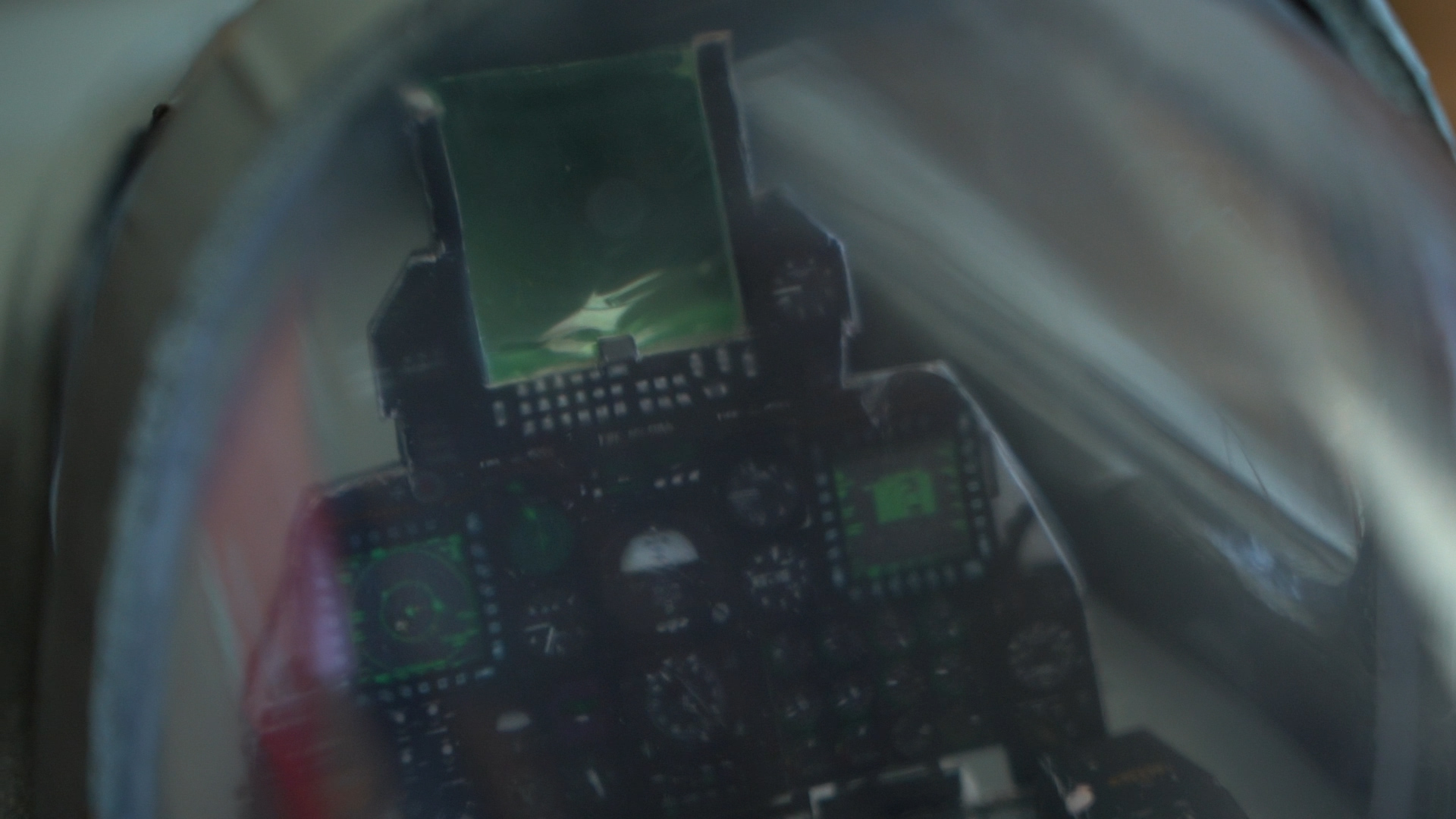 To make the rounded canopy, with its compound curves, a donor was found. This Trojan hanging up in the office had exactly the right shape for the job. 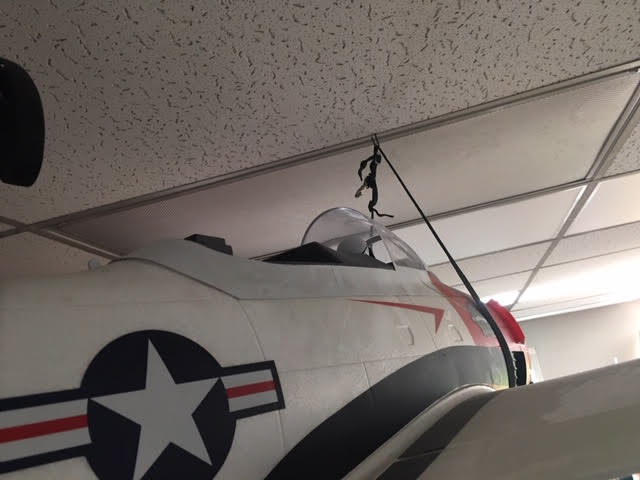 To make the HUD (Heads Up Display), Jeremy cut up an old pop bottle to make use of that appropriate transparent green color. All you need is a little out-of-the-box thinking. 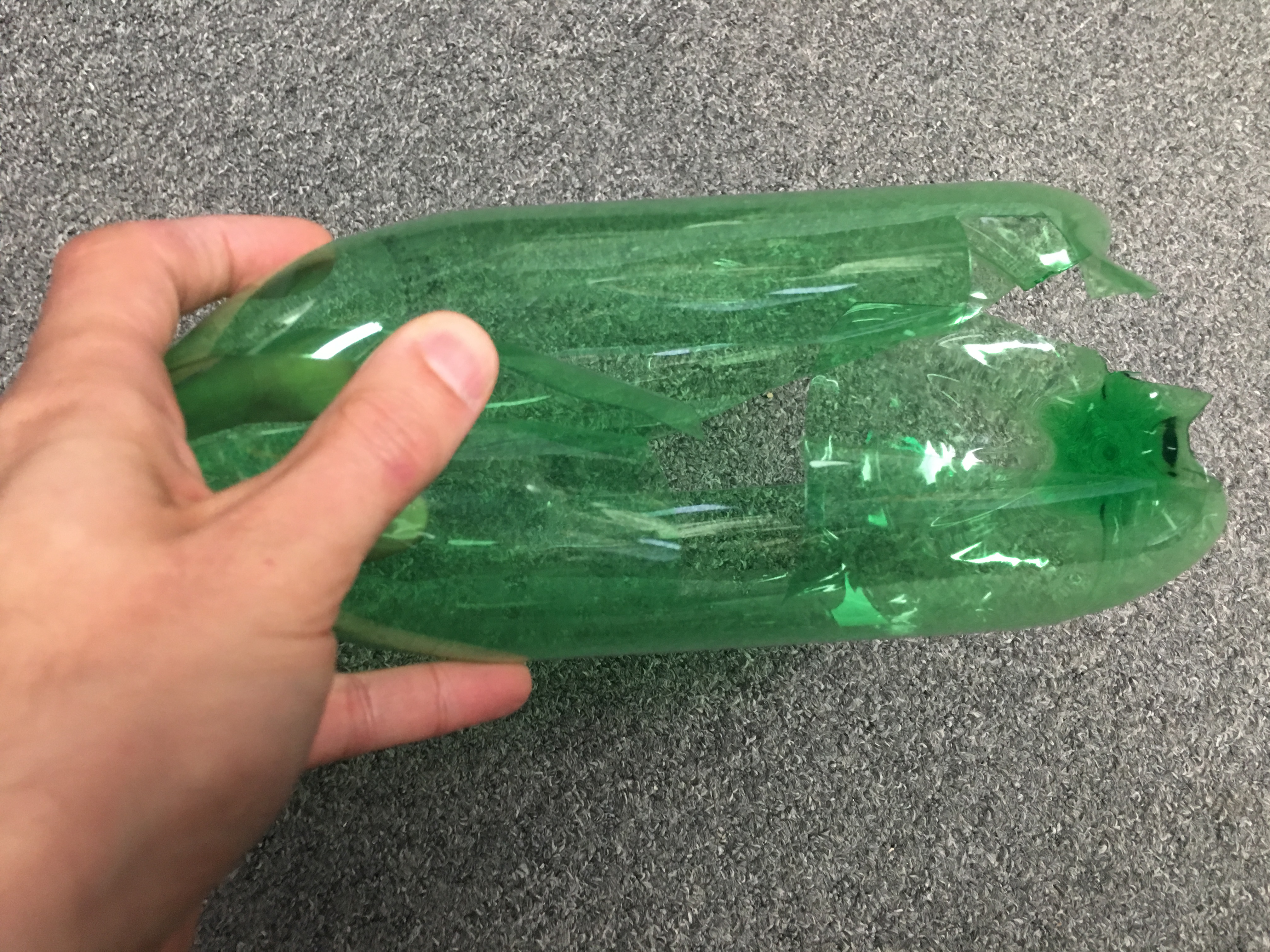 The instrument panel was found online, scaled to size and printed. It was found here, just in case you wanted to print one out too. 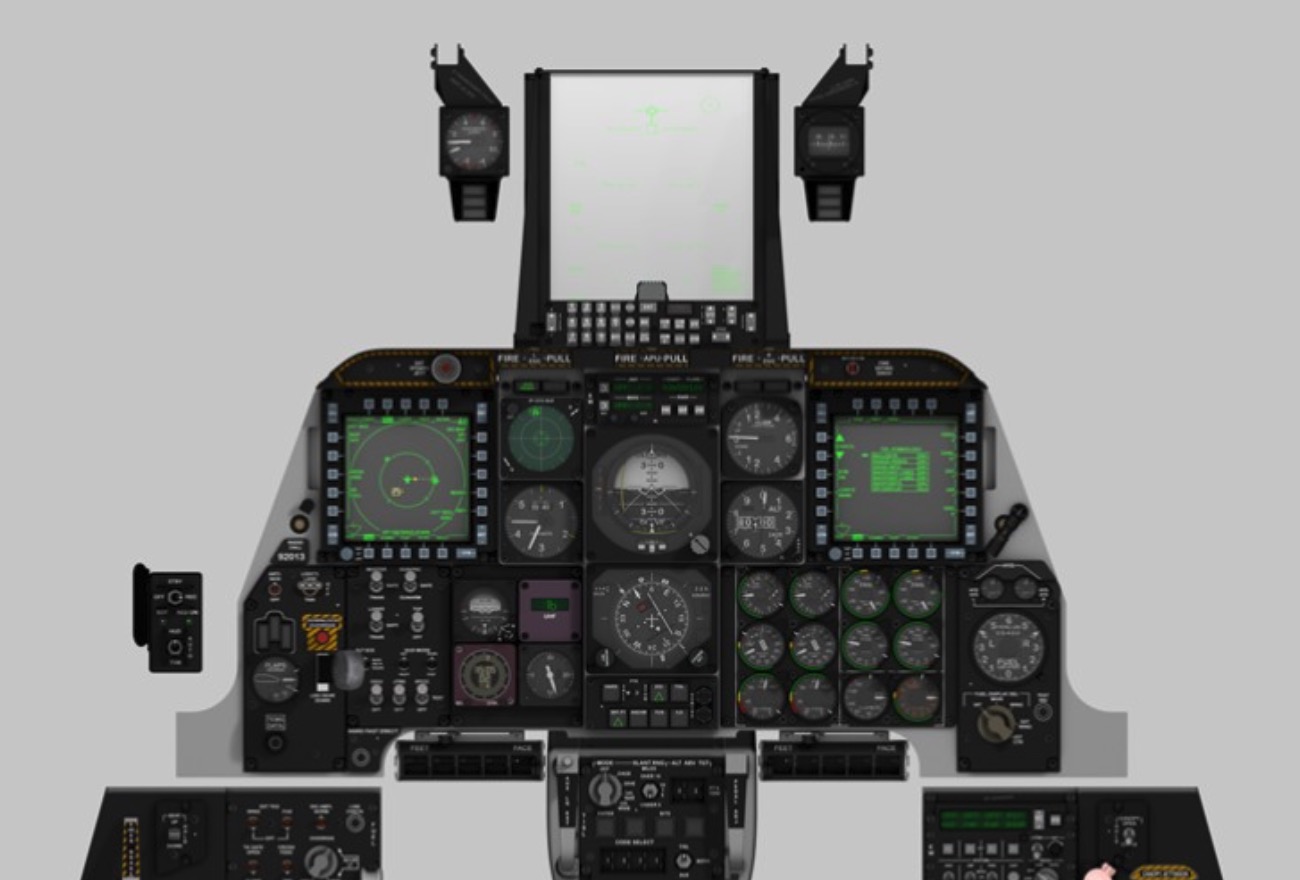 The result turned out looking simply great! It really adds to the sense of immersion. 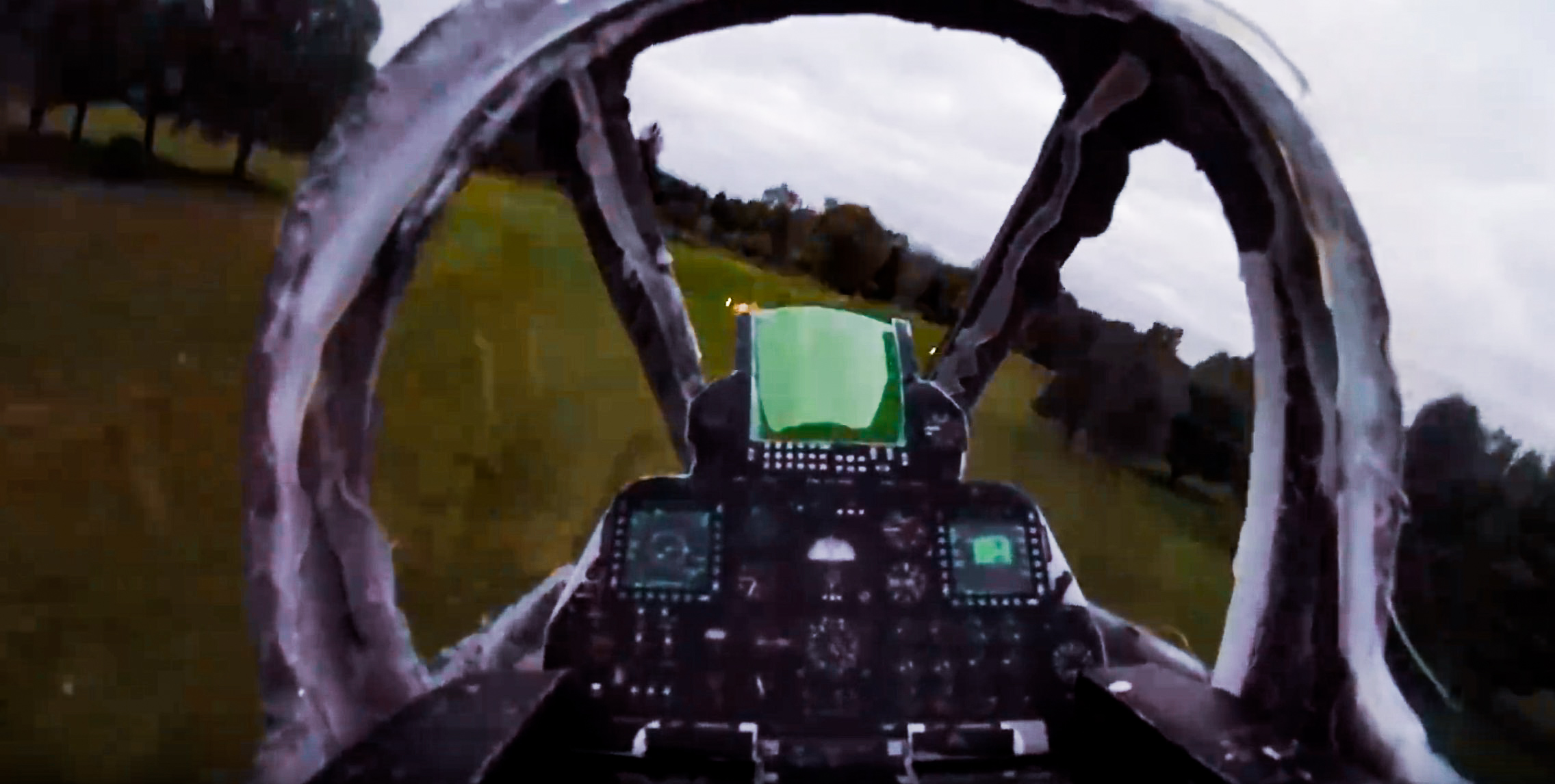 We had a lot of fun creating this project for you to enjoy. Although it was at times testing, the final result was the culmination of a great joint effort in the form of a spectacular performance. This hobby is all about working together, challenging yourself and creating amazing experiences and memories.

We do these projects so you don't have to. Don't put airsoft on RC aircraft. Be safe, be responsible and have fun. 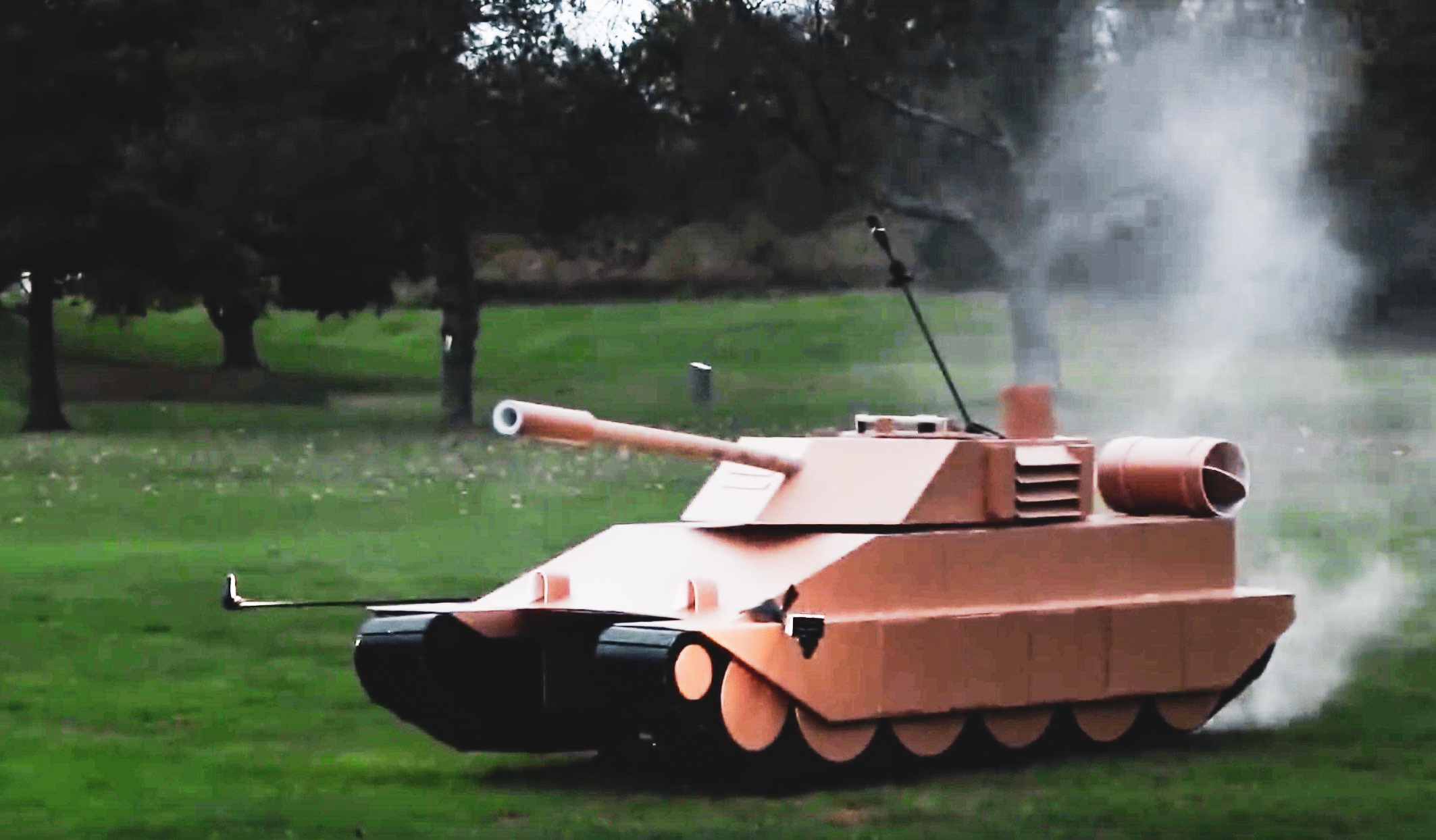 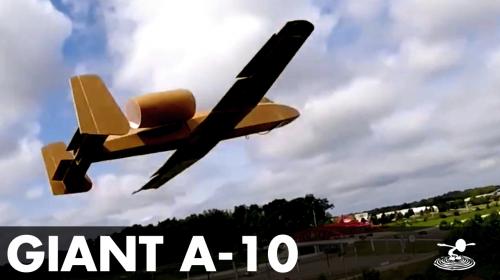 Building a Huge A-10 from Foam

rblubaugh on October 22, 2018
GREAT article! Lots of good information we wouldn't have known otherwise. Especially nice to know about the box spar in the wings, a variation of the spar used on the monster size Cruiser.

FliteTest on October 23, 2018
*facepalm* thanks for pointing that out bob! Fixed it. Maths has never been my strong point.

Log In to reply
trobinson1230 on November 11, 2018
Hi guys, I have been watching you guys from the start and I have lurned a lot from you guys. Thanks for what you do.

The A-10 is my absolute favorite plane. I have owned three of them. I love the idea of the huge one but I really wish you guys would make a 70 or 64 mm EDF version of it. I think a smaller version is more attainable for most people. Myself included .

Airsoft A-10 Warthog VS. Tank! - Behind the Scenes