Before I got into FPV more than a year ago, I had a bit of experience with general video production and visual effects. Lightsaber fights, cool explosions, etc. But once I started capturing some nice aerial video with a GoPro, I wondered how I could use it to convey specific feelings or tell a story, if I altered it with visual effects.

I wanted to make a video that combined some cool visual effects, and video from some of my best FPV flights. Here's an image from a video I made, you can check it out below. 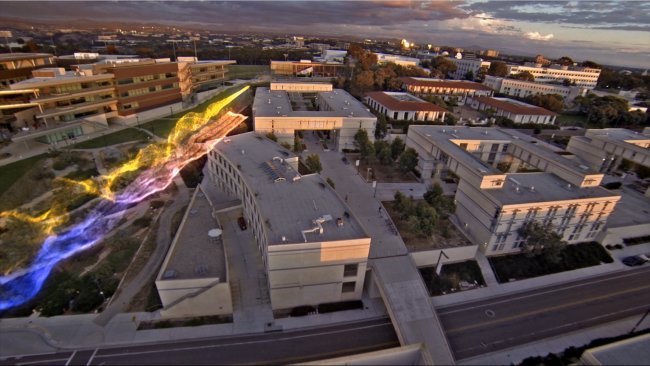 This is an intro to the process for adding the effects I wanted:  (which was often very time consuming!)

- Each aerial shot needs to be '3D tracked'. There are programs that can analyze any video sequence with enough movement and figure out how the camera moved in 3d space and what points are part of stationary objects. The 3d tracking lets you overlay 'fake' computer generated objects on your original video so that they seem to move as if they were part of what you filmed. I used a program called Syntheyes. 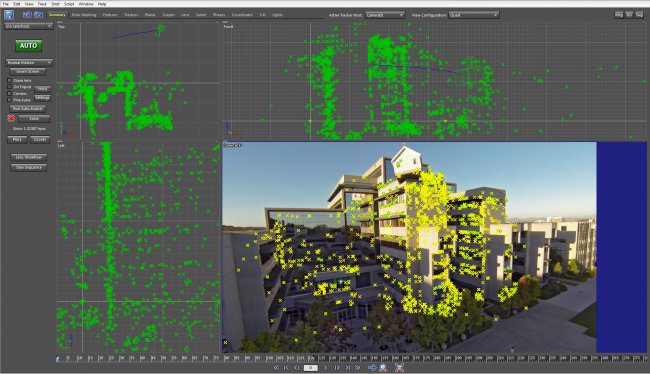 (But these programs don't like the fish-eye distortion of GoPro video, so you have to correct that first.)

- In the scene generated by the 3d tracking program, create any visuals you like using a 3d graphics program. I used Blender, which is free and open source! 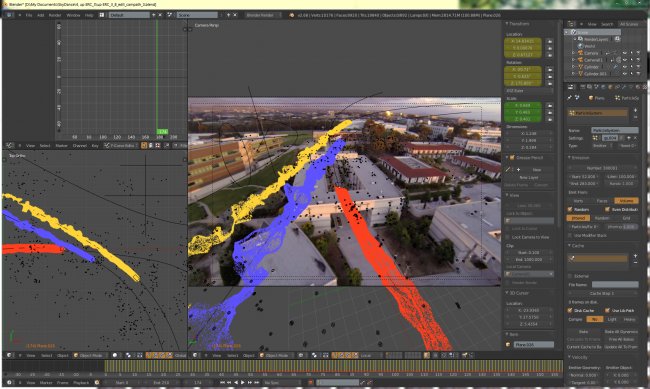 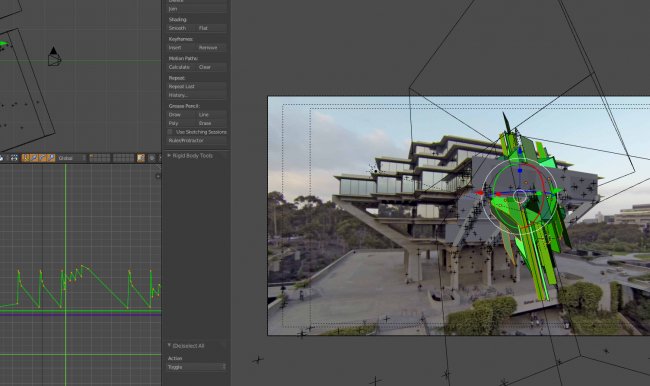 - A program like After Effects is like Photoshop for video. You can overlay the 3d visuals from Blender on top of the video you recorded using your FPV platform. 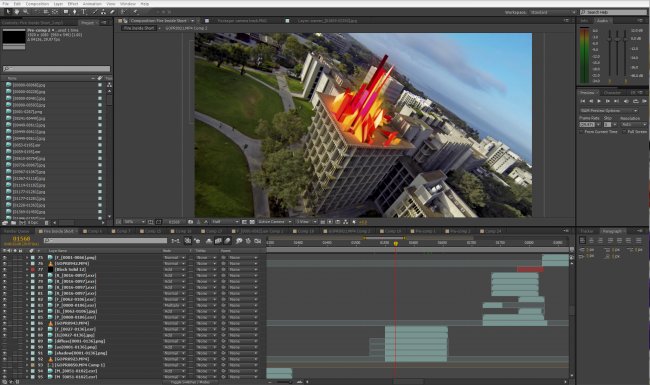 At first I just wanted to make a cool music visualization that appeared on the tops of buildings. But that idea evolved into a surrealist short film that conveys a simple narrative through visual metaphor. To me, it's about some of the thoughts and experiences I have had during my first two years of college. You may find it weird, but hopefully it's at least interesting! 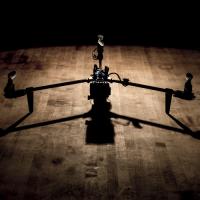 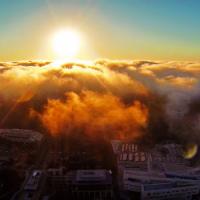 FPV Around UCSD and La Jolla

Crash_Expert on August 19, 2014
I'm thinking of getting Syntheyes.
I saw it on a Film Riot video a while ago.

Is it worth it? 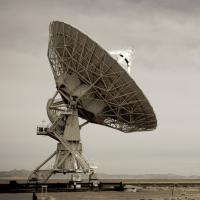