The Kraken is a giant wing scratch built swapple project that we created for our Kickin' it with Kenny TV appearance.  We had so much fun with the foam board flying wing that we took it to NEAT Fair 2013. 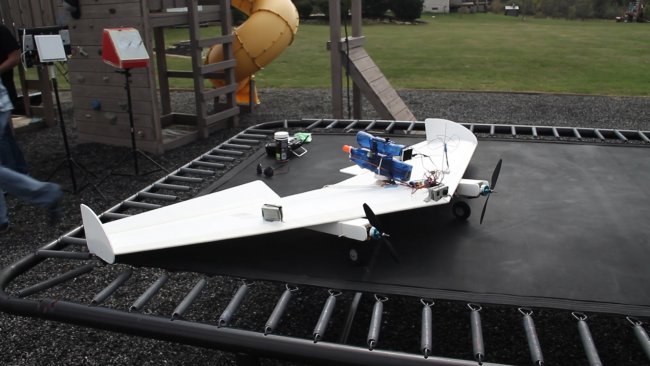 We equipped The Kraken with a semi-auto airsoft gun for an air to air combat challenge. 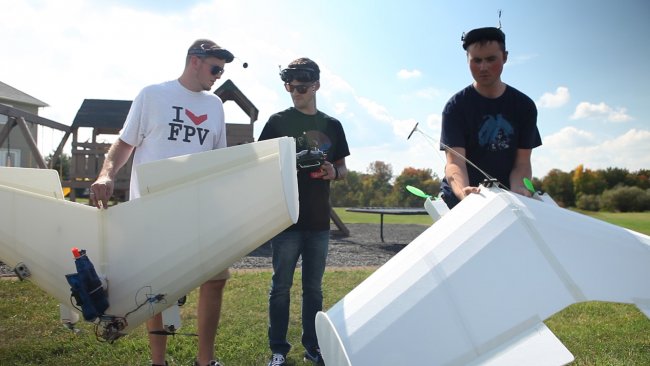 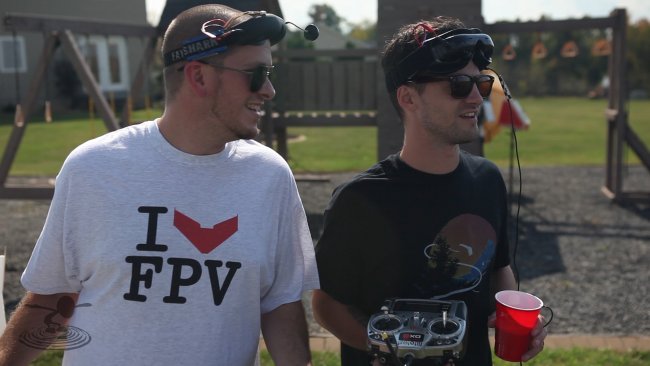 Flying FPV Josh and Josh plan to shoot down David who is flying his wing equipped with a marker. 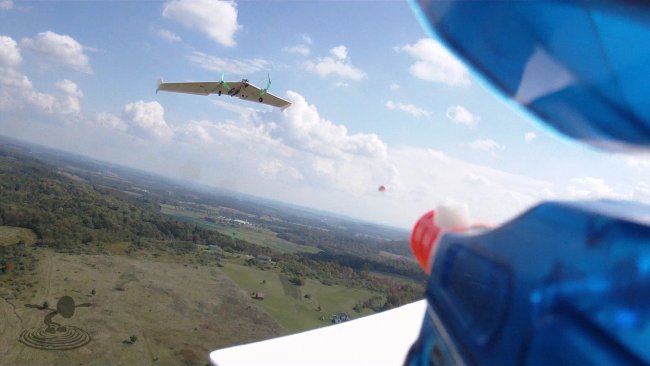 This is the FPV view that Josh has for aiming and shooting the gun. 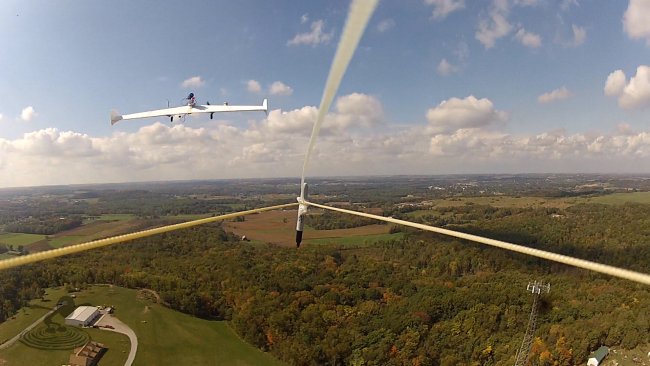 David's FPV viewpoint, his goal is to try and mark on Josh's giant wing. 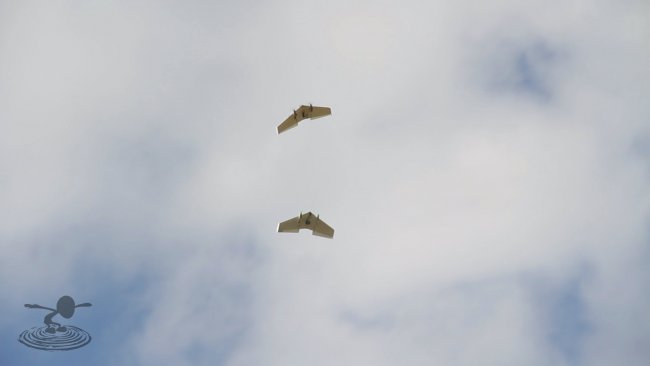 Please don't try this at home!  We do stuff like this, so you don't have to :) 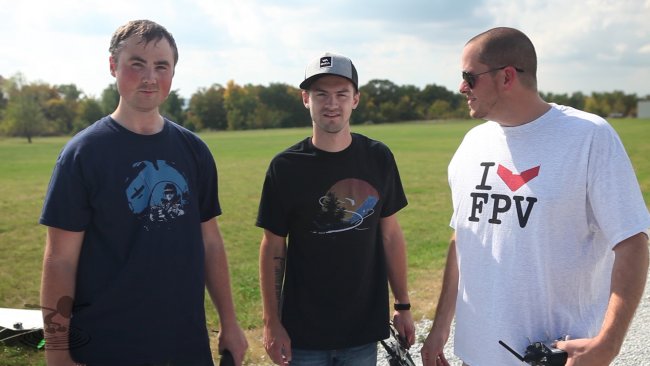 We'd like to also thank ChickenSushimi.com for the cool FPV shirts!

Thanks again for all of your support!

Join in on the discussion in the forum HERE 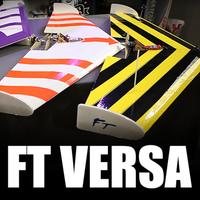 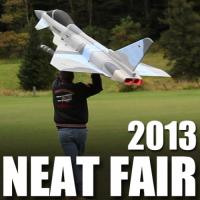 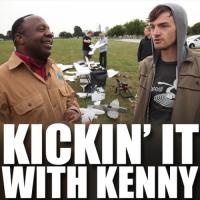 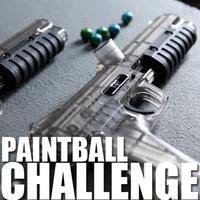 Actually, the muzzle velocity in relation to to the target aircraft will be the same shooting backwards as forwards as long they travel at the same speed. However, shooting forwards the projectile will experience a lot more drag because of the airspeed, and since their density is so low that would probably make a significant decrease in kinetic energy. Ok now I have to go do some calculations..

Ok, you get the picture. So the faster you go the bigger the difference, that's a no brainer. The power used for the calculation is probably more like soft air sniper rifle rather than the handgun you would be most likely to use. The Ballistics Coefficient is probably also too high. Finally, 10m is probably stretching is as far as accuracy goes.

I'm sure you could modify these to give some more power an mount them neatly inside the wings. Now that's what I want to see! With the low mass and BC of airsoft BBs they will become harmless very quickly so as long as keep your altitude it should be fine to give them a little extra power.

Note that I don't really know anything about airsoft guns, I shot REAL AIRGUNS! Field Target mostly and some Benchrest. I love my Weihrauchs!
Log In to reply
rcspaceflight on October 15, 2013
I was going to say that I don't think shooting backwards was the problem. Both planes are going about the same speed. Even if you just released the bullets instead of shooting them it would hit David's plane, just without any force.

I think the real problem was that Scott was trying to hit such a small target. He was trying to hit the leading edge of the wing for the majority of the time. Plus with the air going over the wings, it kind of pushes the small piece of plastic that is the bullet up and out of the way. The two hits looked like direct hits that just skimmed the wing due to turbulence.

Having two planes actually dogfighting with front facing guns would be a lot better. You can dive at the other plane and shoot. Giving you a much bigger surface area/target to hit. The Kraken can be a mighty big target when you're looking at it in the right orientation.