Cleveland's local television show "Kickin' it with Kenny" featured Flite Test on a live TV broadcast! We flew some of our speed build airplanes and with his AnyCopter Chad streamed his FPV live during the broadcast! 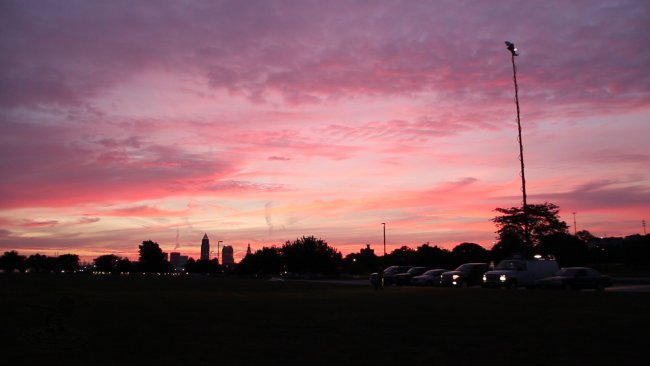 The day started pretty early for us, arriving in Cleveland around 6AM. 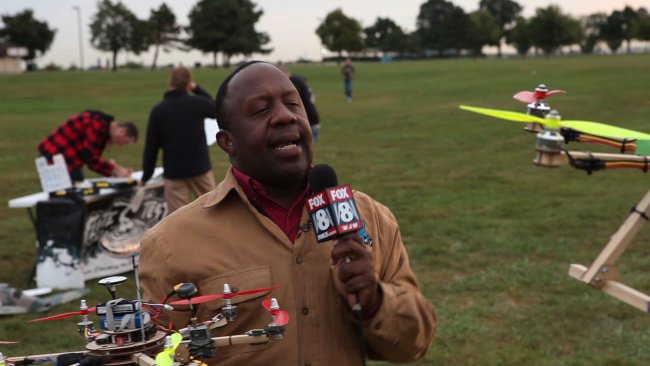 Kenny Crumpton is the host of the morning show Kickin' it with Kenny. 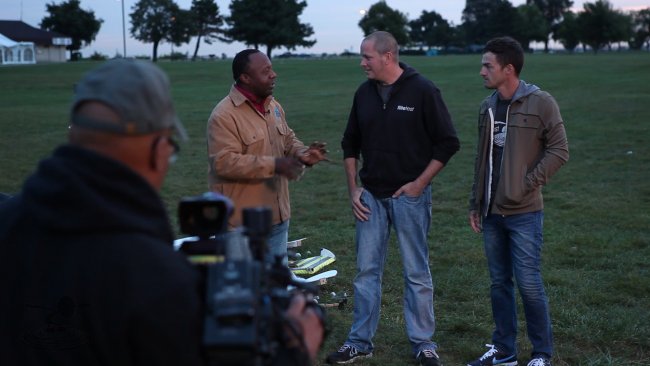 All of the segments that we shot aired live on Fox 8 during their local morning show. 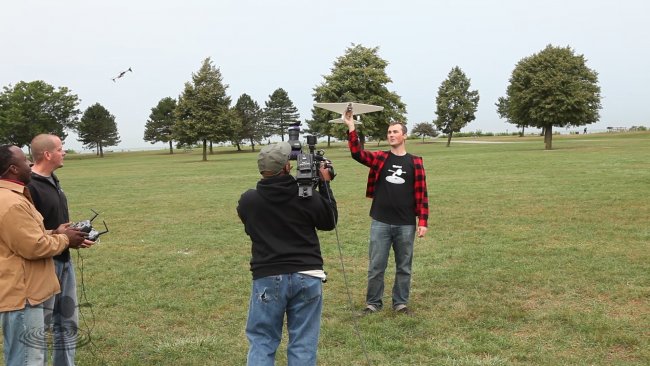 Kenny was buddy-boxed with Josh and had a chance to fly the FT Flyer. 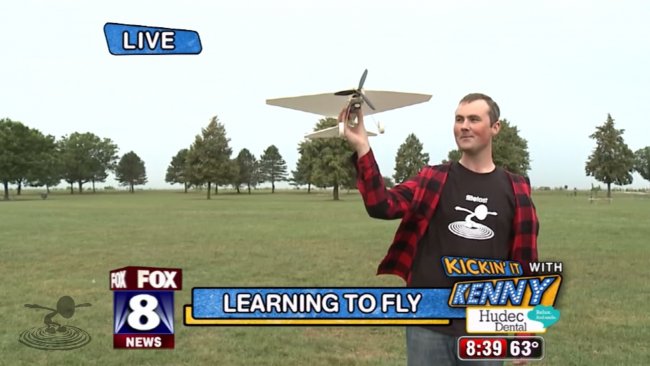 David had his 15 seconds of fame on local TV as he launched Kenny's foam board airplane. 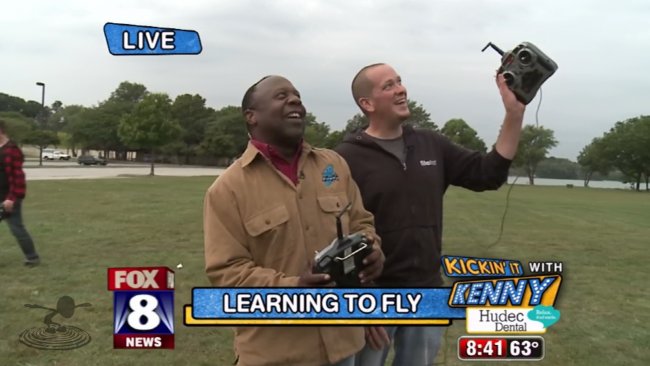 Kenny was a natural and didn't have any trouble flying the FT Flyer ! 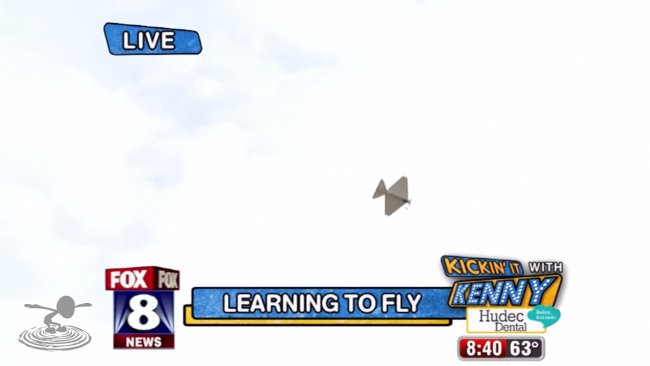 It was great to see Kenny have such a great flying experience and to be able to share the fun on live TV. 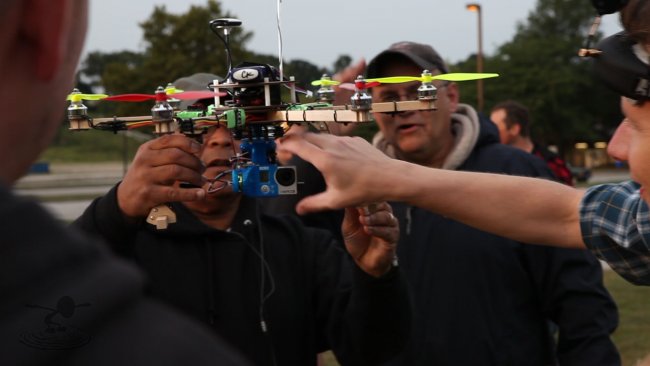 Chad was asked to fly his multirotor and stream the FPV feed during the broadcast! 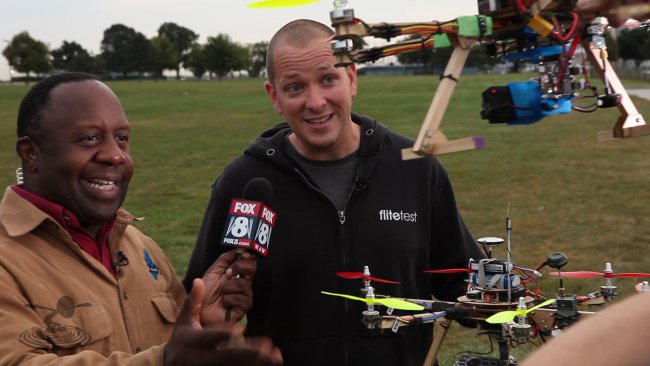 Broadcasting on live TV from his GoPro Hero 3, Chad flew his AnyCopter Hexicopter! 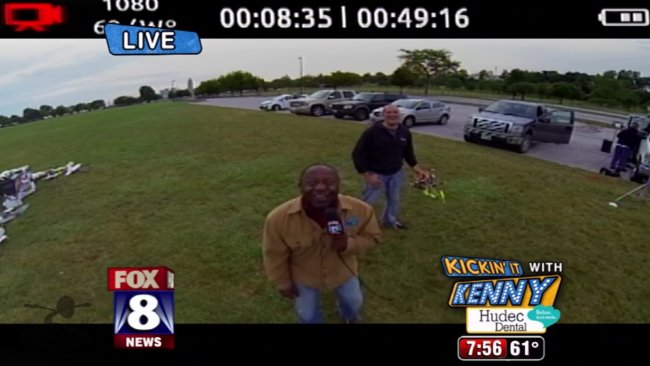 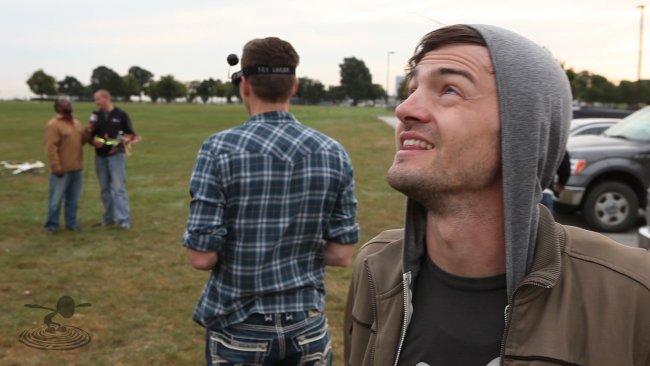 Knowing that it was live TV made the experience a little stressful, but Chad did great! 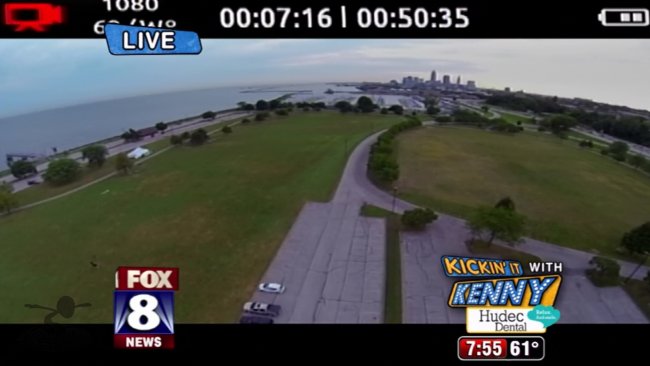 We got some great aerial video of Cleveland and the surrounding area during the live segment! 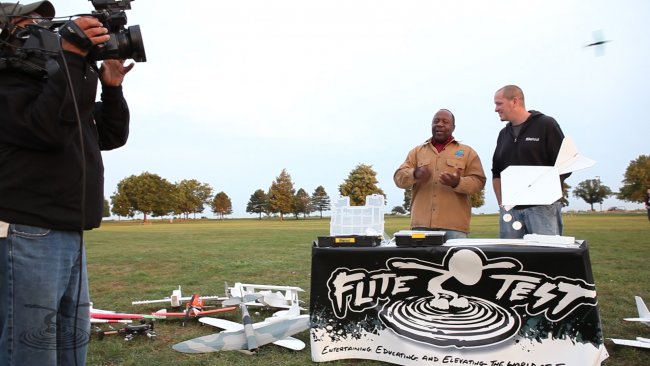 The morning event turned out amazing and it was exciting to be involved with live TV broadcast. 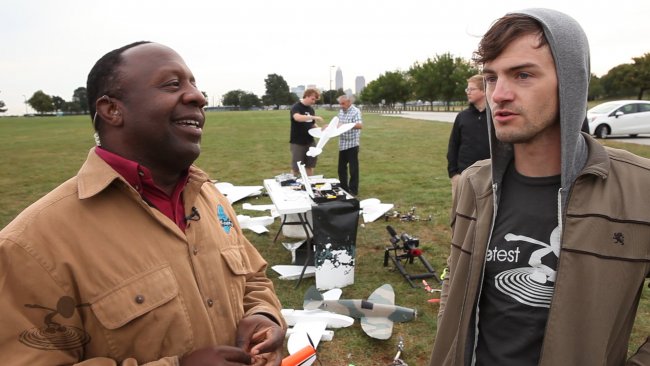 Kenny is a great guy and it was fun to be able to share the stuff Flite Test is involved in and passionate about. 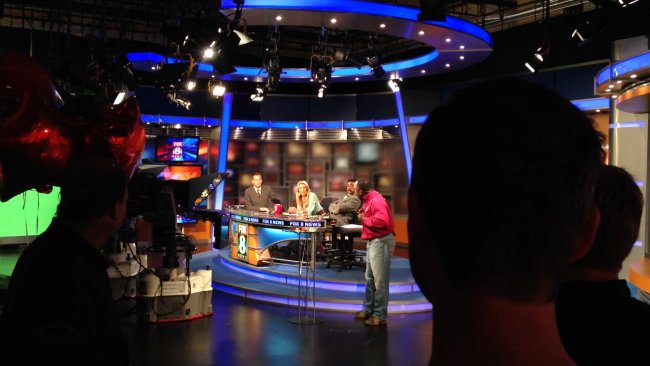 Later, Scott Douglas took us on a tour of the News station and we had a chance to see the behind the scenes of how Cleveland's Fox 8 does their broadcast! 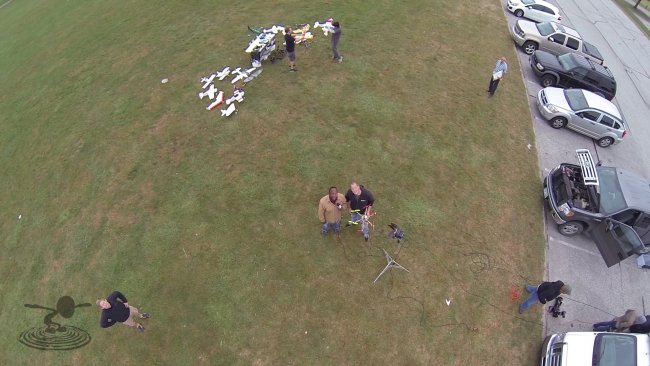 We'd like to Scott Douglas for setting up this opportunity, Kenny and everyone who helped make this event happen!

You can watch an excerpt from the live broadcast on Kenny's page at the Cleveland Fox 8 News site.
WATCH HERE

You can also join the discussion in the forum HERE.

Check out the early morning test flights we did here while we were in Cleveland: 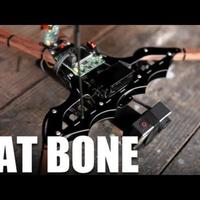 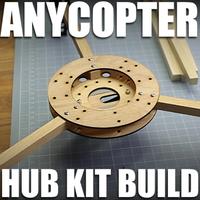 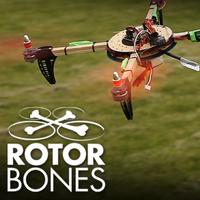 casehatter on September 30, 2013
I sure Chad loved the studio I'm in the presents of TV stars I'm sure your viewers will increase hope so You guys got it going more power to ya..!!!
Log In to reply
c-gull on September 30, 2013
You guys are awesome. I love how your personalities shine through across multi-media.

Hey, did I miss the article on how to build those hex copter landing skids?
Log In to reply