The Flite Test Beginner Series is brought to you by Horizon Hobby.

We know you’re excited to get in the air. But we also know you’ll have more fun if we can help keep you up there. In this video and article we will go over some basic aerodynamics. We’ll focus on the information that’ll help you grasp the art of flying quickly.

The shape of a wing or propeller blade as seen in cross-section.

There are two principle on how a wing generates lift:

As the velocity of a fluid (air) increases, its pressure decreases. The air on the top of the wing has further to travel in the same amount of time, therefor moving faster and lowering it’s pressure. This allows the high pressure under the wing to push it upwards.

Each action has an equal and opposite reaction. Air on the bottom of the wing is deflected down which pushes the wing up. Angle of attack important. This is why a flat plate foamie can fly.

The common denominator between these Bernoulli and Newton is… Airflow! Too little airflow means you will “stall!” You have to have air moving over your wing or you can’t generate lift.

Stalls are the biggest enemy of any new pilot. They result in loss of control. Most beginner planes recover from stalls more quickly than advanced planes such as jets or warbird.

There are two types of stalls to watch out for.

How do I keep from stalling?!?! 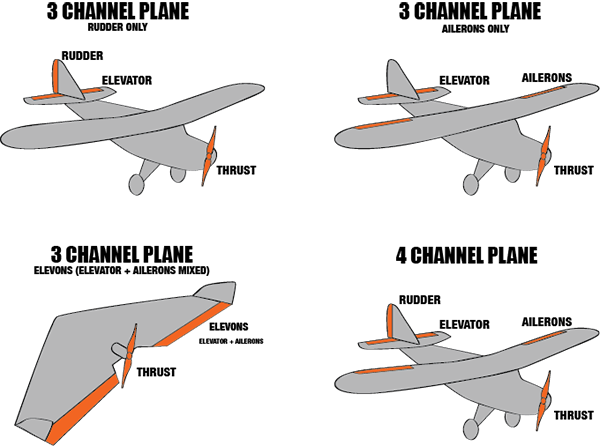 Transmitters are normally classified as MODE 1 or MODE 2. Most people, including the entire Flite Test crew, use MODE 2 transmitters. 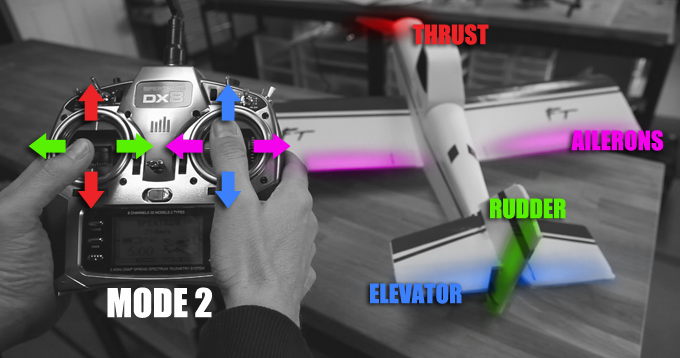 The “High Five” episode will help you remember the proper movement of your control surfaces.

Click HERE to learn how to choose the right R/C plane for you.

If you know someone that may benefit from this article, share it with them. Help us make this hobby friendly and approachable!

We would like to thank Horizon Hobby for sponsoring this Beginner Series!  Let us know what you think of this content and let Horizon Hobby know as well!  You can find out more about Horizon Hobby HERE.
HorizonHobby-BeginnerSeries
Choosing a Plane 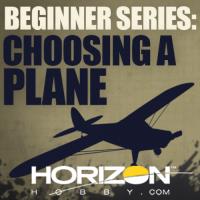 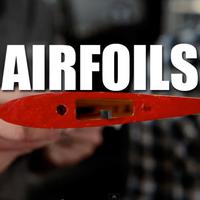 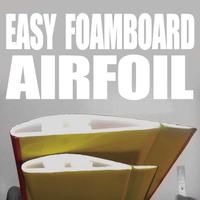 pintokitkat on October 31, 2013
I'm confused. If Bernoulli's principle says that lift is generated by the air flowing over the top of a curved airfoil having to go faster than the air underneath and so creating a low pressure that provides lift, why does the principle not work underneath a symmetrical airfoil and provide an equal and opposite force that exactly cancels out the lift ie rendering the airfoil completely useless as a lift generator?

I also don't understand how on an asymmetrical airfoil, as the air hits the leading edge, splits and progresses along the airfoil how it knows it has to speed up over the top surface in order to meet up with the bit of air it split from by the time it reaches the trailing edge. Why doesn't the lower air simply wrap back around the trailing edge to 'catch up' with the upper air causing turbulence?
Log In to reply
JohnLFrazer on August 20, 2019
Very little lift is created, all of it by angle of attack (alpha, or A). Any A slows the air underneath and makes more pressure, hence Bernoulli lift.
Log In to reply
Crumple on January 20, 2020
correct - a symmetrical airfoil creates zero net lift at zero angle of incidence
but... they are typically flown at some angle to the air
or control surfaces are deflected, making the wing non-symmetrical

and at high speed - think aerobatics - only small changes are sufficient
(v is squared in the lift equation)
Log In to reply
rakista08 on October 24, 2013
You guys mentioned that flat foamies fly because of newtons laws of motion and not by the Bernoulli's principle. Well technically a flat-plate is an airfoil which is classified as thin symmetric airfoil; therefore, Bernoulli's principle still applies. Keep in mind Bernoulli's Equation is one of the fundamental equations for fluid mechanics.

REF: Aerodynamics for Engineers (5th ED)
By: Bertin & Cummings
Log In to reply
JohnLFrazer on August 20, 2019
A symmetrical or flat wing generates lift by A, which slows and pressurizes air under it.
as you say, "therefore, Bernoulli's principle still applies".
Log In to reply
Michael763 on October 24, 2013
Great introduction info for beginners. Thank you
Log In to reply
Fishbonez on October 24, 2013
Now that was a great beginner class. Guys 110 percent better than your first. The information was excellant and informative and it was put out at a speed that most beginners can understand. Not rushed like e01. Visually could see exactly what you were talking about. I cant say enough very cool, Looking forward to e03
Log In to reply
earthsciteach on October 24, 2013
Nice job, FT. The next video would be well served to relate controls to rx channels. I know different transmitters may have unique channel assignments, but many are, in order, ailerons, elevator, throttle, rudder.
Log In to reply
jrbemis on October 24, 2013
Very good intro. I love the enthusiasm for flying that comes thru the video. This will make a great set of videos for beginner pilots. Just in time for the indoor flying season! Good job,
Log In to reply
G.Ellis on October 25, 2013
Hi guys;

Very nicely done video, however there is one myth that has been perpetuated here.
The airflow moving over the top surface of an airfoil does not increase in velocity because of having to travel a further distance. It is the venturi effect present over the upper wing surface that trades static pressure for kinetic energy, i.e the Law of Conservation of energy. Distance has no effect on this.

I have seen this explanation for lift literally everywhere, but it is very misleading, and only leads to confusion when describing symmetrical, flat plate, or inverted airfoils.

Either way, Keep up the great work; You guys are bringing more people to this hobby than anything else in at least a decade.

G.
Log In to reply
pintokitkat on November 1, 2013
G, Thanks. I suspect this goes some way to answering my question below - the speeding up of the air never made sense to me because the air would have to 'know' a) what speed the air under the wing was going so it could go faster and b) which bit of the slower moving air it had to link up with when it got to the trailing edge. Both rely on an intelligence I doubt that air has.
Log In to reply
ERAU1983 on October 25, 2013
Great Job! you managed to keep it simple and give people a basic understanding of what can be a very complex subject. You guys are planting a seed, in very entertaining videos, for people to gain an interest in flight. Many will just enjoy the RC hobby. Some will take this to the next level and get involved in other aspects of aviation. Thank you for your contribution to aviation.
Log In to reply
canuck on October 24, 2013
Don't want to nitpick but climb and descent is accomplished with throttle. Elevator is used to change pitch which is the angle through the air. You can pitch up and if you don't have have enough throttle you won't climb.
Log In to reply
stonekap on October 24, 2013
You are right. There will always be the challenge of not enough vs. too much information. We try really hard to empower people with good information and help them enjoy the hobby.
Log In to reply
Flamingo on October 24, 2013
Canuck is right, but for the purpose of rc beginners I agree with your choice of path. Intuitively for the beginner, the elevator controls altitude. It's not completely wrong either, since most models (electric especially) are so light that slight up elevator translates to an immediate increase in altitude.
Log In to reply
jw423 on October 24, 2013
Pitch for airspeed power for altitude. This works great for trainers. Jet aircraft actually respond better with power for airspeed and pitch for altitude, due to their sleek airframes. Either method works though. The key is remembering that they are related and if one changes it affects the other.
I was just excited to see Flite Test teaching Bernoulli's! This is almost all of lift generated with an airfoil. Newton has so little effect that it is not even mentioned in training manuals.
Thanks again you guys are great!
Log In to reply
JohnLFrazer on August 20, 2019
Maybe with propellers, is some thrust (lift) achieved by pushing air aft. But more is generated by Bernoulli.
Log In to reply
Crashpilot1000 on October 24, 2013
There is also a good video on that subject from Bruce: http://www.youtube.com/watch?v=zUehWUoiPHQ
Log In to reply
austinfurey on October 24, 2013
Hadn't seen it, thanks!
Log In to reply
sailorJohn on October 24, 2013
Time for a indoor slofly scratch build with under camber wings as an example.
Log In to reply
Gwada on July 13, 2014
hello, I'm french and beginner.
I stumbled on your site by chance and since then I'm addicted. this is explained with pedagogy. keep it up.
Log In to reply
SlowJeff on May 4, 2015
You guys do great work. Thank you.
Log In to reply
Ricie on August 14, 2015
he guys hello do you have af plan of building a stuka a have made one of my one but i want to know more.


greetings richard from holland mail rkleveringa@tele2.nl
Log In to reply
Crumple on January 20, 2020
if you want to start an argument amongst modellers, ask 'which is the best airfoil?'
or ask 'how is lift is produced?'

NASA has a few clues - just search for 'nasa theory of lift'
Log In to reply
JohnLFrazer on August 20, 2019
Even a flat plate, or an inverted plane flies by Bernoulli. _A_ is high, which creates more pressure under it, hence Bernoulli. Not Newton.

Think also of a GEV ram-wing: It isn't flying via Newton's reaction, but by increased pressure under it. Same with an air-cushion, for that matter)

Also, relating to the round-wing very short aspect-ratio planes, when flying super-slowly at high _A_, it creates "parachute lift" or "vortex lift" to fly super-slow: The huge wing-tip vortices wrap around and keep the flow from the LE over the top from separating, so they do not stall. It traps a "bubble" of low pressure above it, allowing it to fly so slowly. Successful IRL examples: the '30s Arup planes, the '30s Nemeth "Parachute Plane", the '80s Hatfield "Little Bird" (follow-on to the Arup), and the '90s Wainfan "Facetmobile" all of the very short aspect ratio sort. They do not fly via bouncing air off the bottom and reaction via Newton, but by pressure differential.
To say that a normal plane flies via Newton's reaction and all these other situations operate via Bernoulli is too much of a complex explanation.
Always Bernoulli, very rarely if at all, Newton.
Log In to reply