Last week, Horizon Hobby released a new product in their Blade line - it was only a matter of time.

The Tiny Whoov craze took the RC world by Storm earlier this year when several people started to convert broken micro quadcopters into awesome little hovercraft capable of some seriously fun performance. Recently, Blade has just released their own RTF version of this concept, but with a difference.

The original micro quad this new product is based on was the basis for many maker's custom hovercraft over the past year or so. It's unsurprising, therefore, that the Blade team saw this and decided to produce a dedicated version themselves. 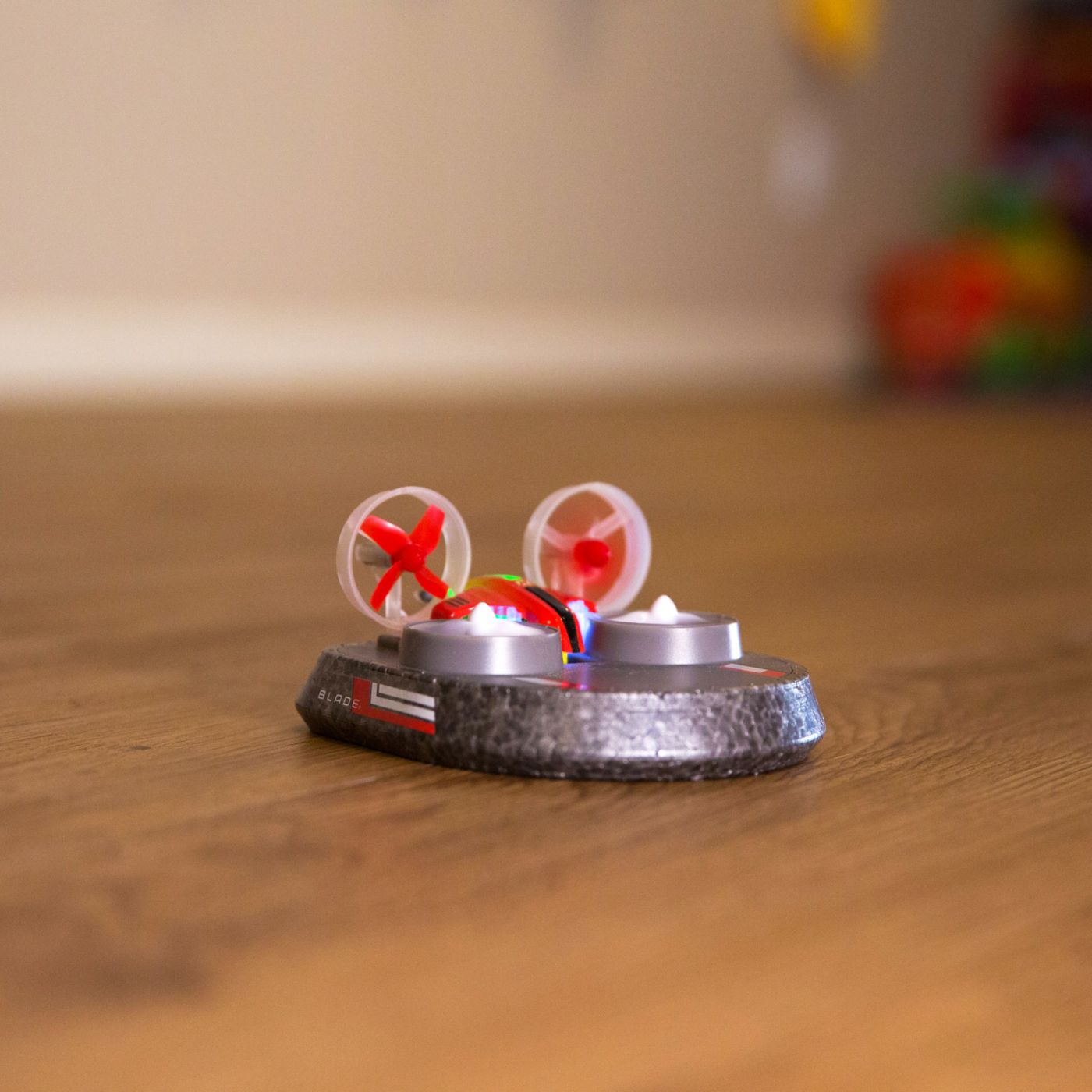 It's pretty interesting that they've decided to make it a 'switchable', adaptable machine. By popping out the two rear motors from the newly improved Inductrix frame, the assembly can be fitted into a custom base that radically transforms your quad into an entirely different vehicle. 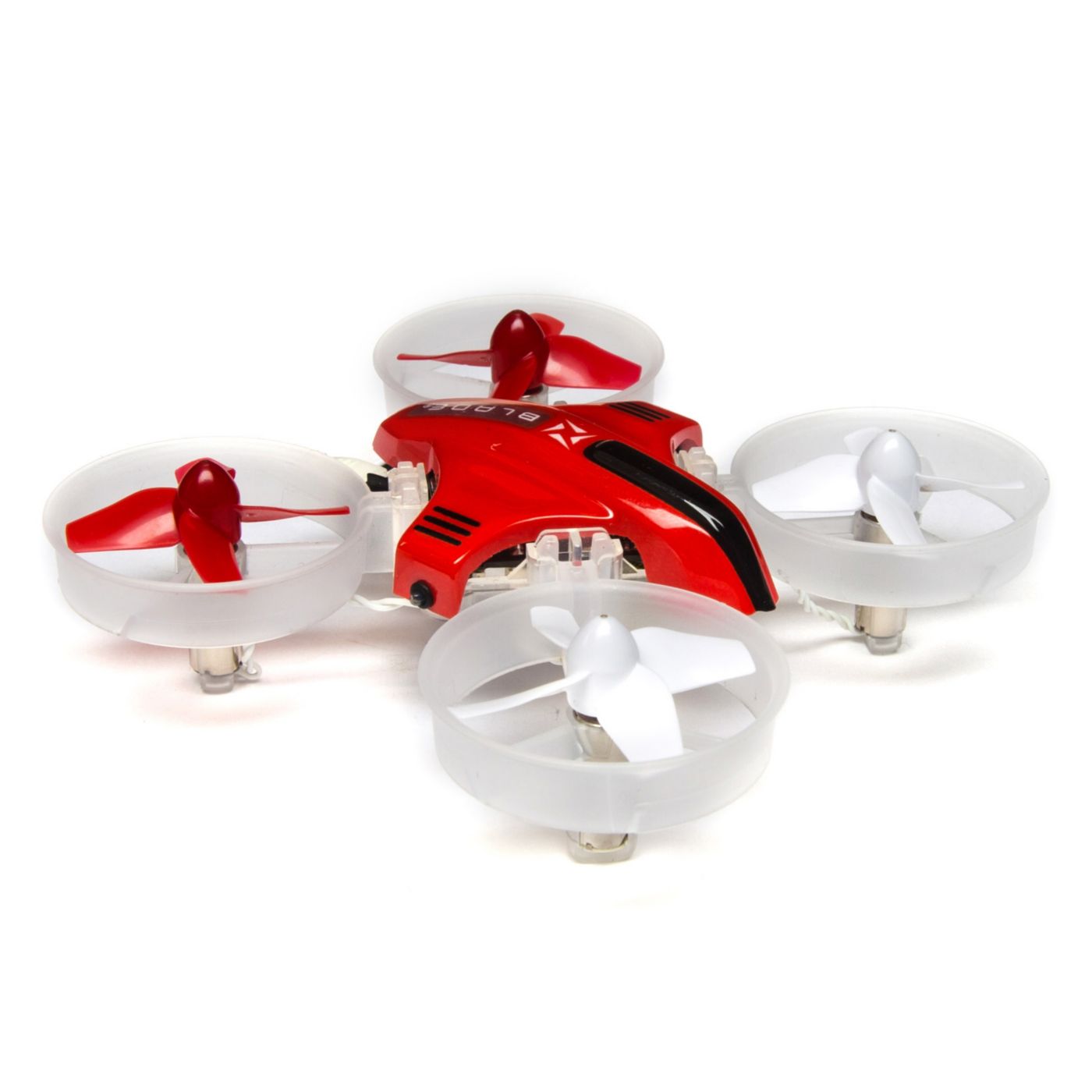 This adds something extra to the concept. It's not like you have to break a quad to make it into a hovercraft anymore. You can simply switch back and forth. Now that's very cool. 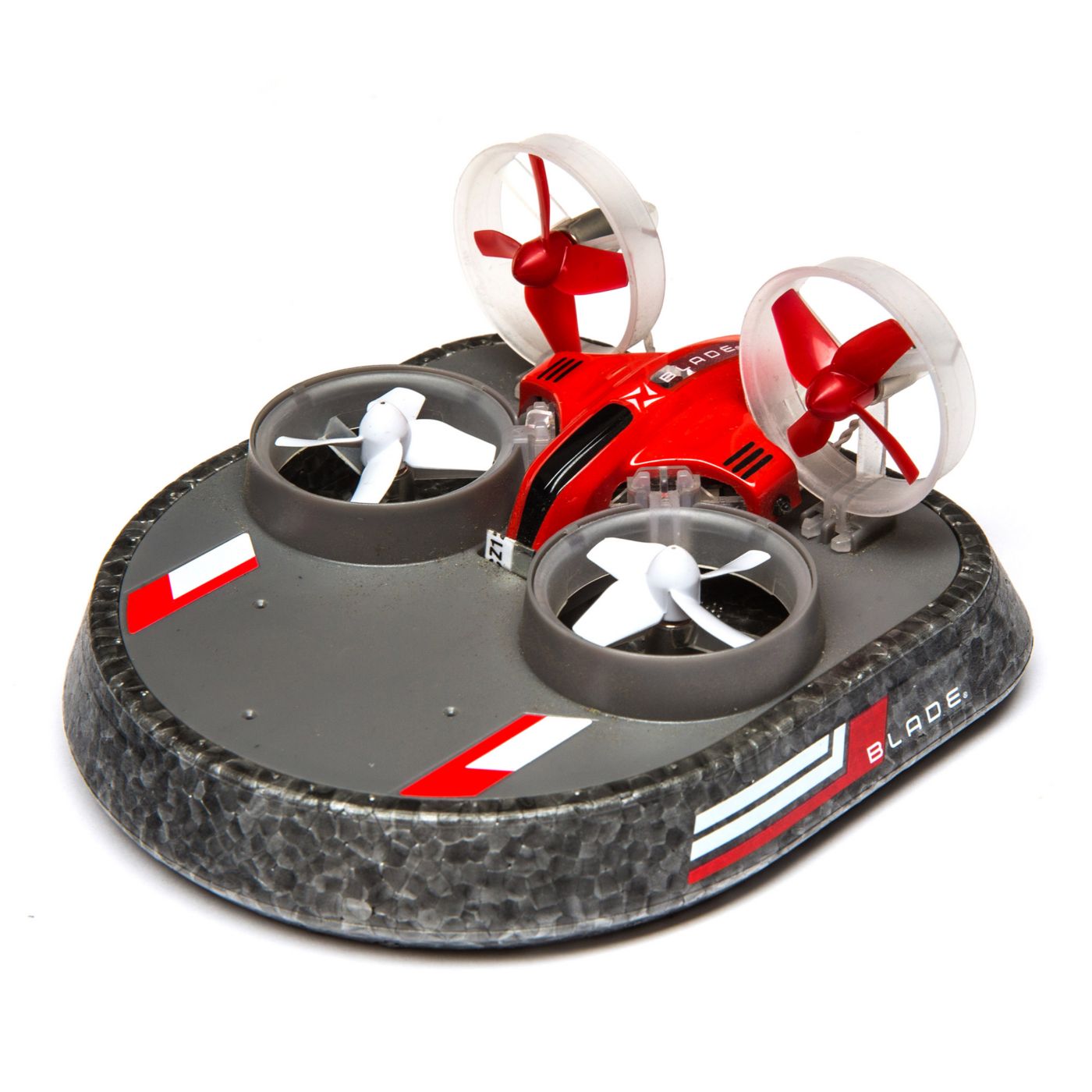 In essence, the quad is almost exactly the same as the old Inductrix. As mentioned, the frame has been redesigned to allow the rear motors to be repositioned, but everything else is almost the same. 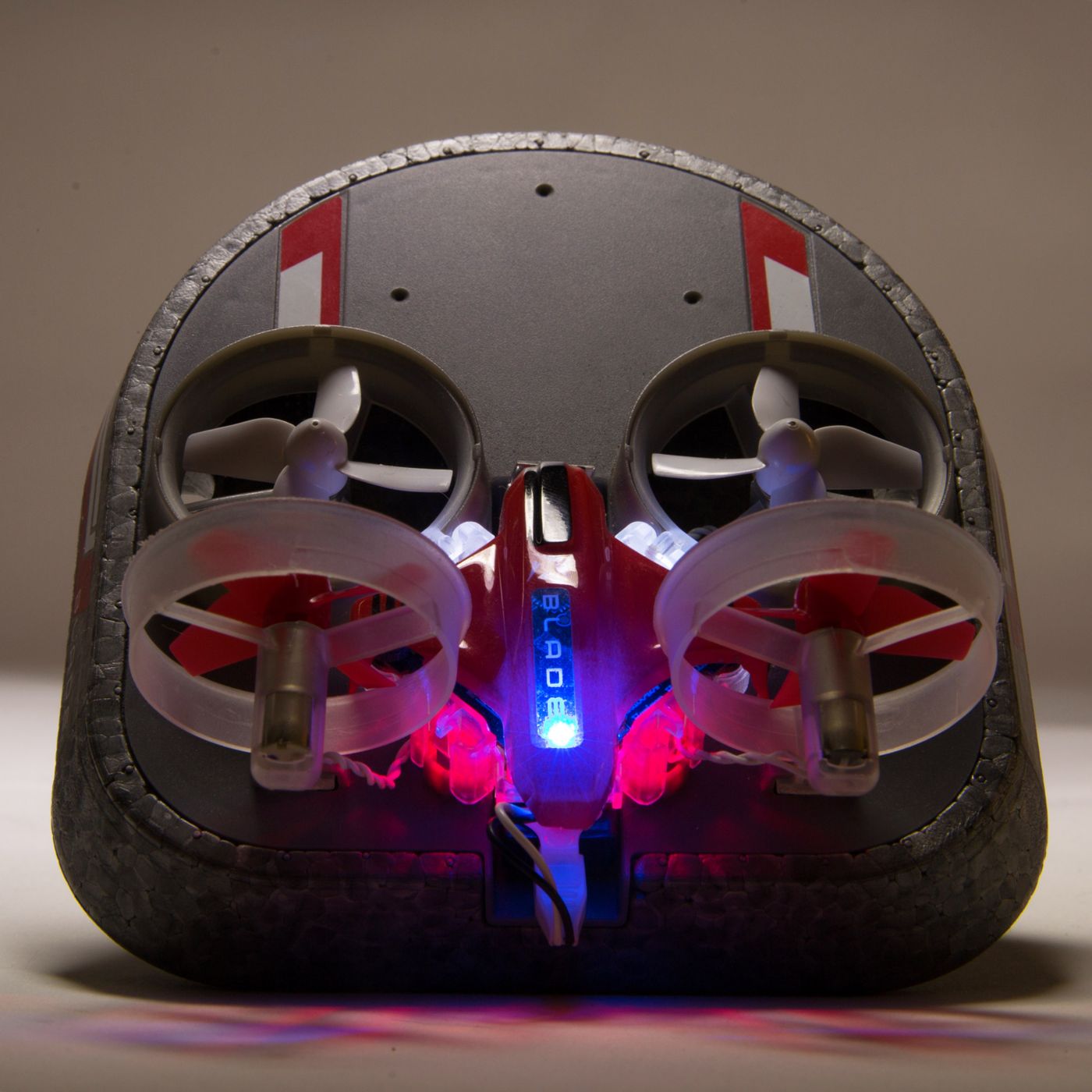 You can also add an FPV cam to the setup to zip about the floor from a first-person perspective. This comes separately but features HUD info including your voltage, which is a nice feature. It plugs into the main quad board without a fuss. All you have to do it remove the protective shroud. 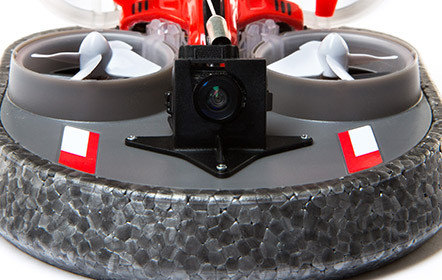 In all, it looks to be a very decent product indeed, something that would make for a great Christmas or Birthday gift at just $ 79.99. It would make a fantastic Birthday or Christmas gift, especially as it comes as a RTF package meaning that everything is included in the box! 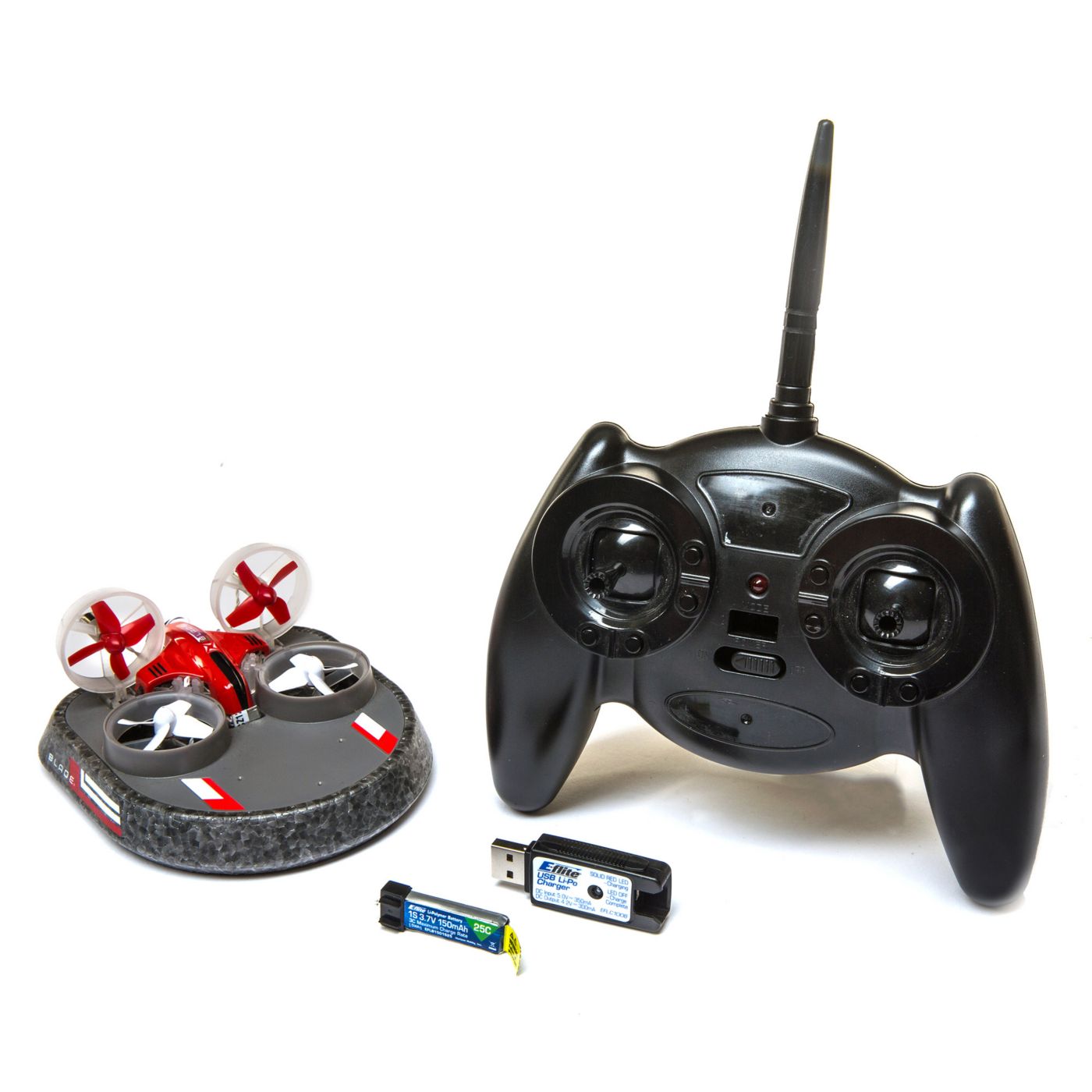 If you want to go down a more DIY route to get yourself your own micro hovercraft, you might want to consider our Flite Test take on this concept.

The original creator of the micro hovercraft we know and love today was a guy called Alex Desvignes. Here's his introduction video to his awesome 3D printed design.

If you want to know how to make one of these particular micro machines with an old broken Nano QX or Inductrix. You need either some foam or PLA filament for a 3D printer to create the frame/skirt. You don't need programming to build one.

The time we did Rocket League with Tiny Whoovs 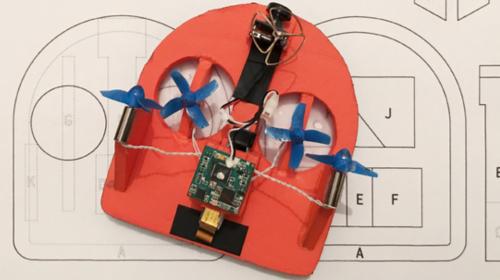 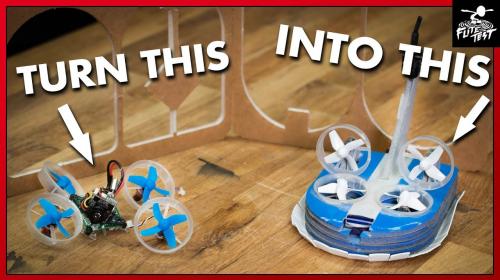 Thorondor95 on September 11, 2018
Darn, Horizon Hobby seems to love taking the DIY fun out of everything. Remember when the Tiny Whoop had to be built with parts? Didn't think so. :)
Log In to reply