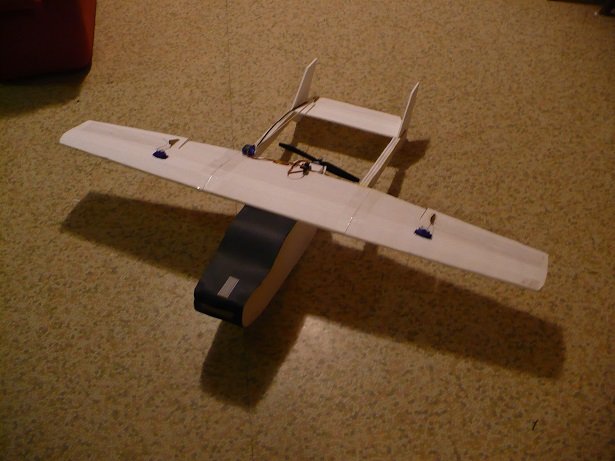 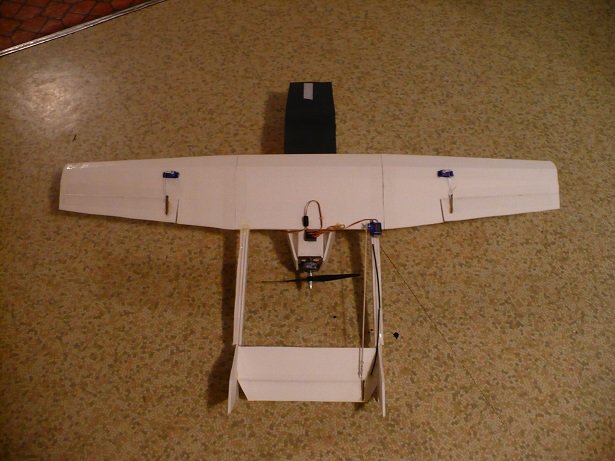 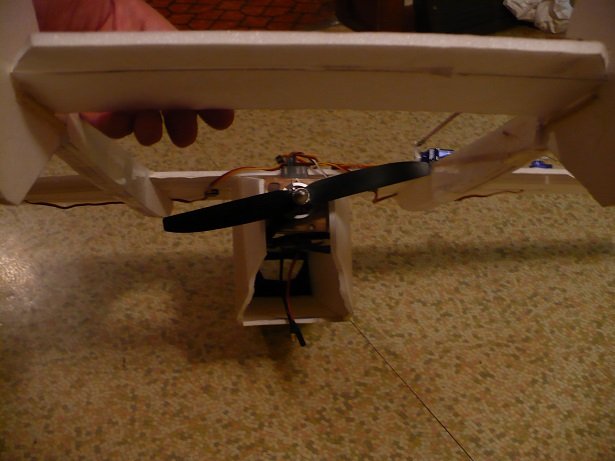 This scratch build is based off of the Cessna O-2 Skymaster. I kept it as scale as possible, but I also made some changes and liberties. Mainly I made the control surfaces bigger.

This plane is designed to be a twin engine, two power pods making it a swappable, but I have only tested it as a pusher. I think the pusher set up will be the most popular and will make this plane a great FPV plane. Without the front power pod, there is plenty of room for FPV gear and a battery.

This plane is designed around an 8 inch propellor. There is no room for anything bigger. However, the height of the fuselage makes it completely safe (maybe not "completely") to hand launch and you can belly land the plane without any worry about breaking the rear propellor.

This video ended up longer than I would have liked, but I got a lot of great footage that I wanted to share. I thought about adding music, but that's debatable. The audio doesn't always line up and I probably should have tried to fix it, but it's close enough. I was nice and lowered the volume for the on board footage.

(All flying was done Line Of Sight.)

- Made with less than 3 sheets of foam board, 4 bamboo skewer, etc. 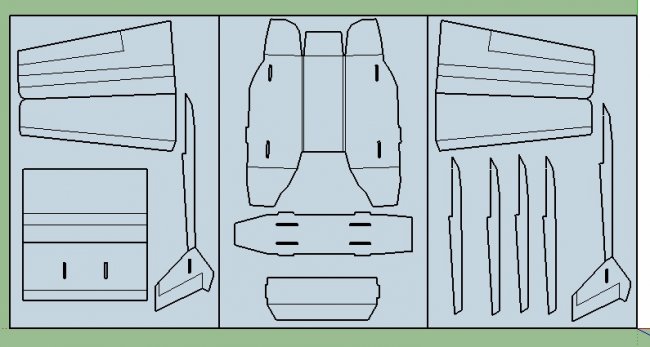 ***(note: Printable Plans are different than the Preview. I condensed the Printable versions.)

The majority of the plans are self explainitory. However, there are two things that I think I have to point out. One is because I do not have the standard colored lines on the plans. The other is an unusual building technique. 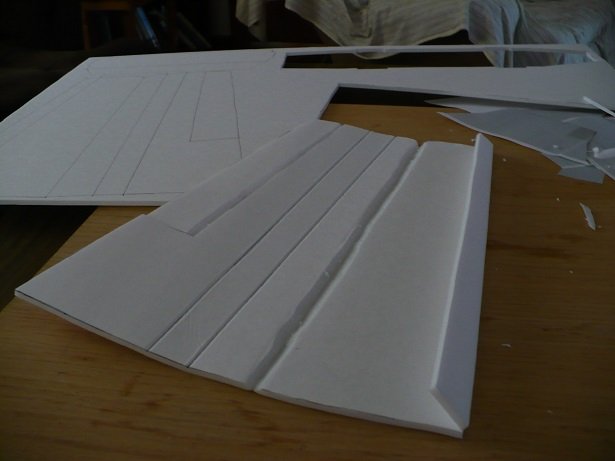 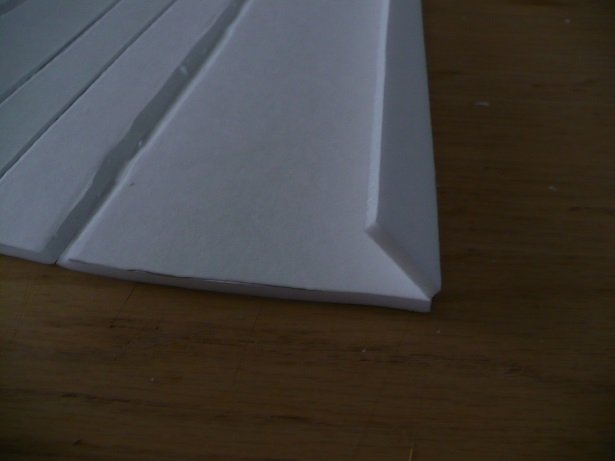 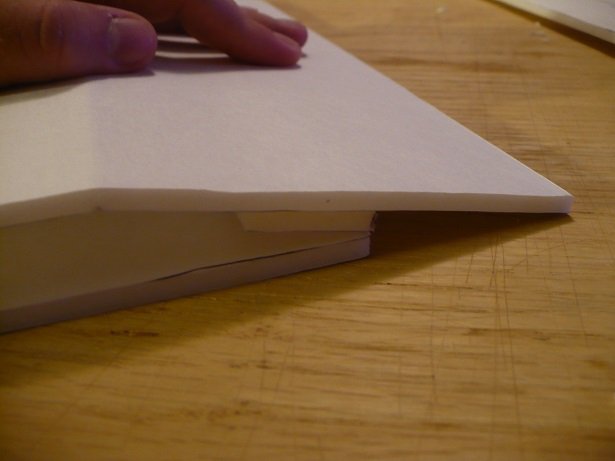 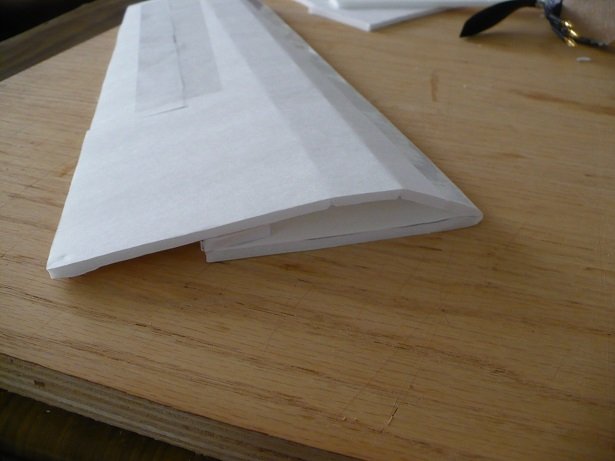 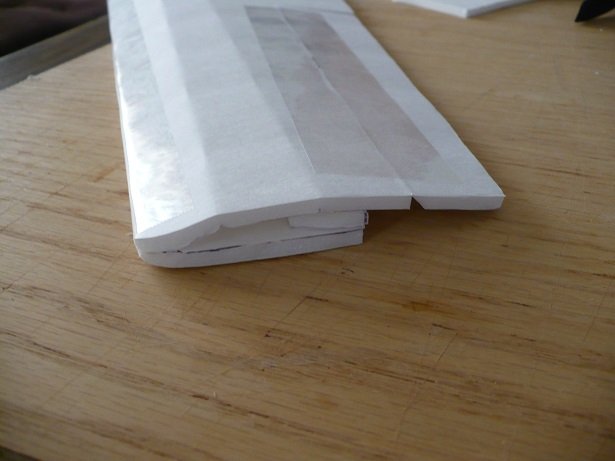 Tip 2: The booms are three sheets of foam board thick and are hot glued together. However, there are also bamboo skewers inserted into score cuts to make the booms even stronger, in a very inexpensive way. The skewers should extend out onto the vertical stabilizers to brace them. The booms should also have some packing tape wrapped around them, but not completely. This works so well that I can actually carry the plane around by a boom without it feeling weak, as long as the battery isn't mounted. With the weight of the battery it does feel like I'm pushing it's limits. 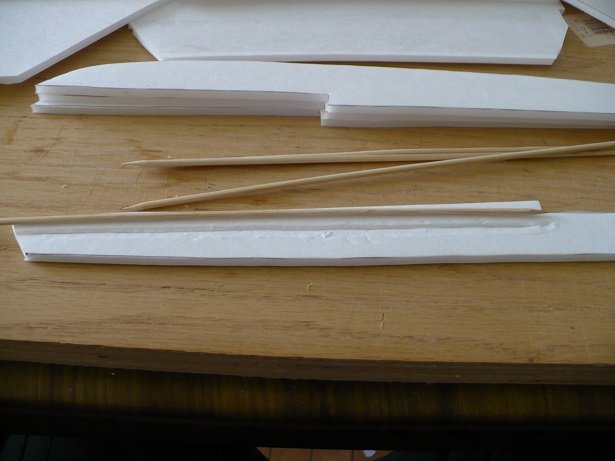 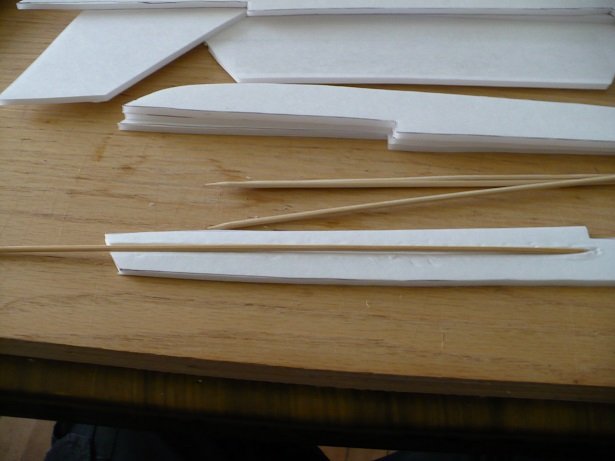 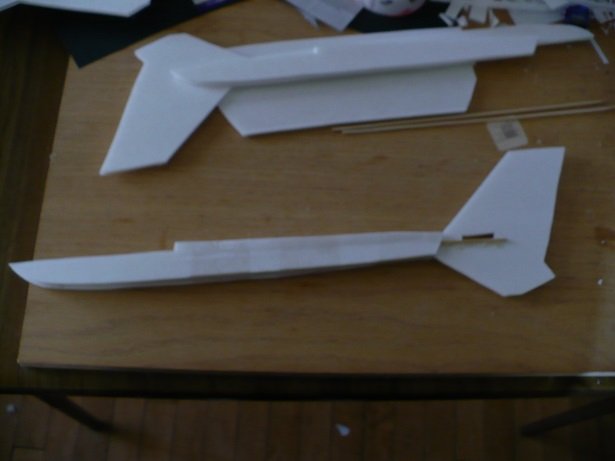 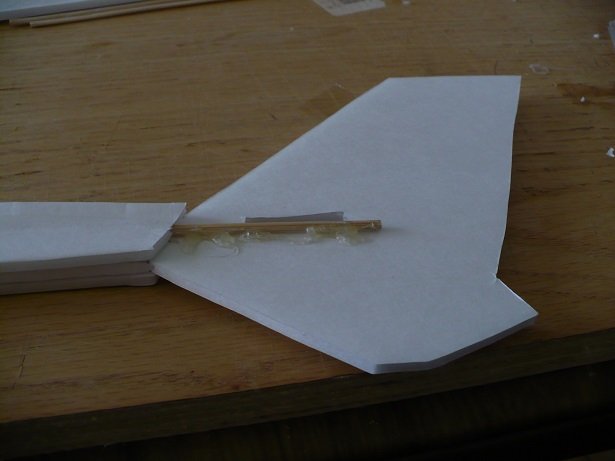 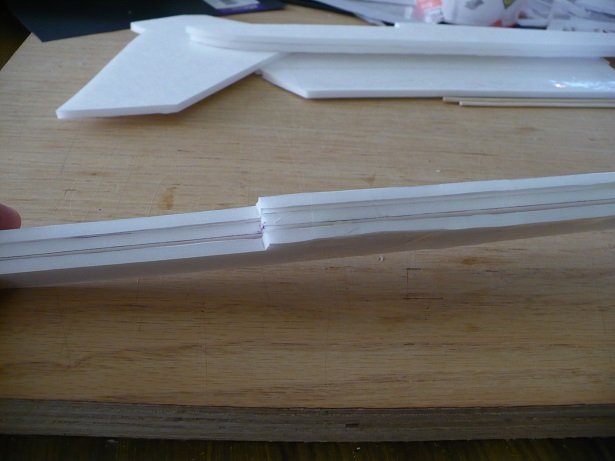 This plane flies more "scale" than "trainer" or "fun flyer". I probably should have made the wing tips undercambered, but you can easily alter the plans so they are. It does have some bad stall characteristics, but nothing out of the ordinary. Undercambered wingtips should fix most of the stalling.

I don't fly FPV, but this should be a great plane for it.

This isn't a good first plane, but should be a great first 4 channel with the pusher set up. If you keep the speed up it flies great. The prop is protected and the plane can withstand some abuse. And it looks great.

It just felt redundant to me to have all of the build pictures at both locations. I wanted to keep the article cleaner and more at a bare minimum. (But I admit to not taking as many photos of the build as I should.)

The thread has build pictures for Version 1 and Version 2. Both are built very similarly. Version 1 was bigger and had more pieces.
Log In to reply
PeterGregory on August 19, 2014
Really cool, I just found Zeke's parkscaleflyers.com C337, but much more complex a build. I'll be given your plan a try - nice job and good going with one of my favorite planes.
Log In to reply
Blaira on August 24, 2014
Hi I am new at this sort of thing but I am really amazed at what you do I am attempting to build this plane and hopefully will fly it soon
Log In to reply
mediccby on August 25, 2014
This build is fun. I added some dihedral to the wing. Hopefully I'll have it finished up later this week.
Log In to reply
Yogenh on October 18, 2014
It looks good. It doesn't seem too hard to build
Log In to reply
Yogenh on October 18, 2014
I think that it would really be great with a motor in the nose. Have you thought of doing that?