This year was my first chance to really get involved in the RC plane hobby with the oppurtunity to build our Speedfest plane and compete with it. Speedfest is a competition where high school and collegiate teams build their own aircraft and have the option to modify it from its original plans with some restrictions and limitations. The kit we were given was a Tower Hobbies Uproar kit. If you have any other questions about speedfest itself I'll post the link to the speedfest website below. It was a crazy and hectic experience with a million things going wrong, but it was crazy fun nonetheless!

We began building the airframe back in the begining of the school year and decided to go with an Iron Man theme. 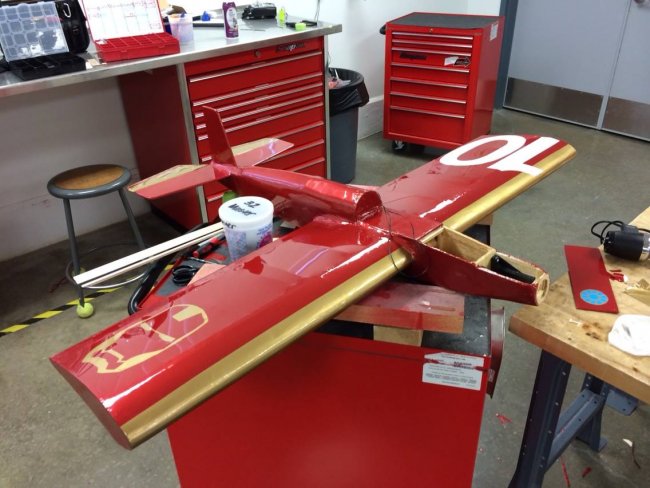 In the fall we lost a great member of our class, Eli. He had wanted to play the Iron Man theme song on his guitar as we arrived at speedfest. From then the speedfest plane was made in memory of him. 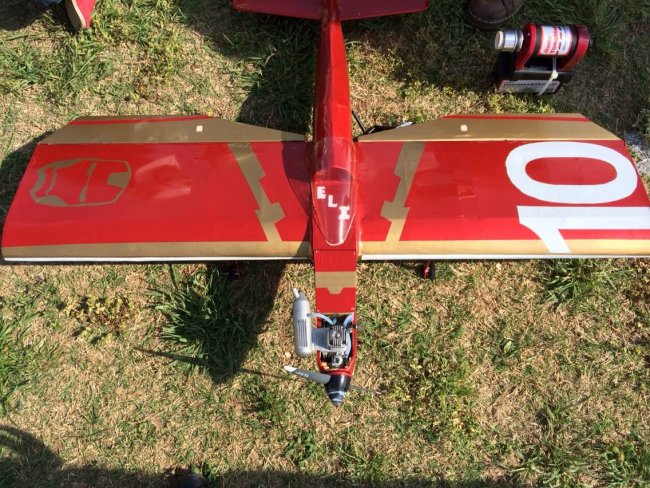 After countless hours and many late nights we had the plane prepared for speedfest..mostly. We decided to use retractable landing gears instead of the bulky and heavy fixed landing gear the kit came with. We cut out part of the leading edge of the wing to make the changes and then covered the area back up with sheeted balsa. After checking to make sure they functioned properly, we cut the holes for them to retract into the plane and made makeshift landing gear strut covers to help with the overall aerodynamics.

After arriving the evening before the competition the judges checked our plane to ensure everything was as it should be. We had been working so many hours leading up to this, mostly on the covering and the landing gear, that we hadn't even attached the canopy yet. 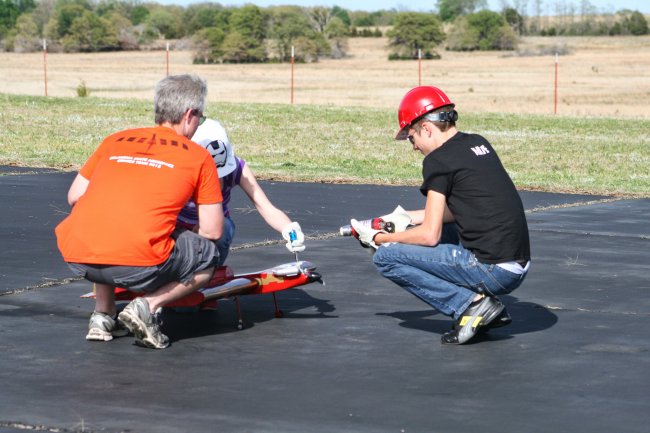 The plane flew great during it's test flight and the retracts worked beautifully! 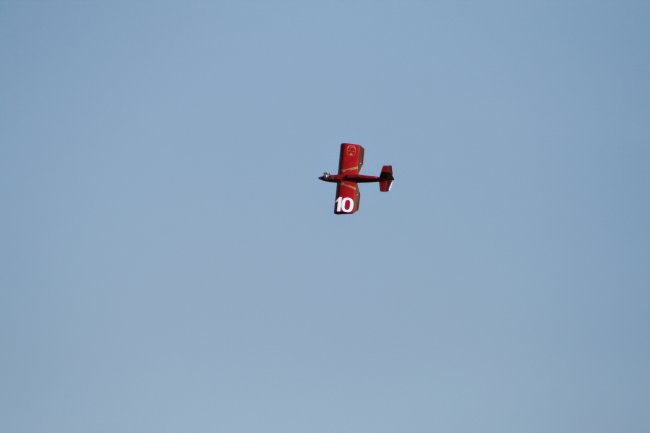 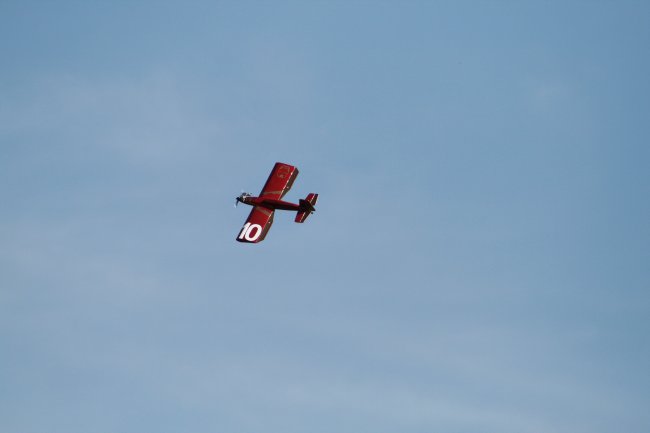 And then.. the prop came off.. :) Thanks to the awesome pilot the plane landed safe and sound! 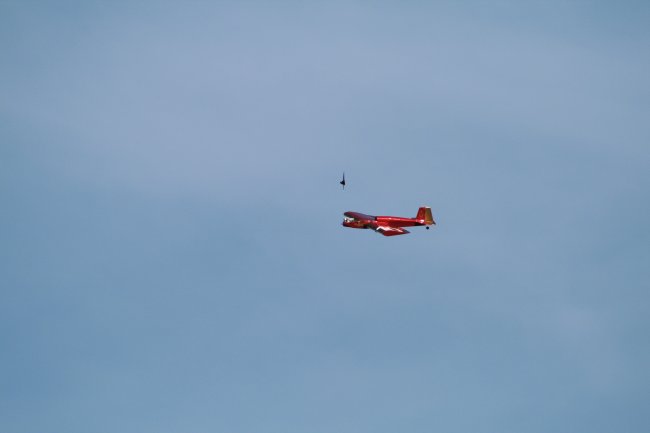 After attaching the canopy, making sure the prop was on tight and making final ajustments the plane was ready to race.

We arrived the next day and prepared everything to race. It was moderately windy and warm. For the first heat the plane started with no issues. It took to the skies and flew great. 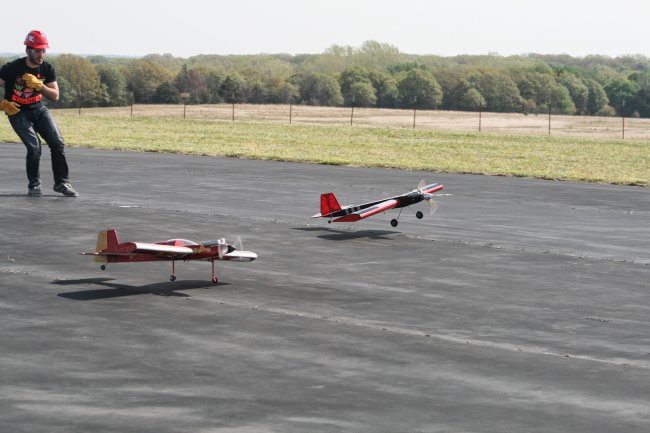 The wind began to pick up and the engine cut out. The pilot did his best to land the plane deadstick and due to the wind the plane crashed landed and destroyed the retracts. We took the broken plane back to the pits and got to work! 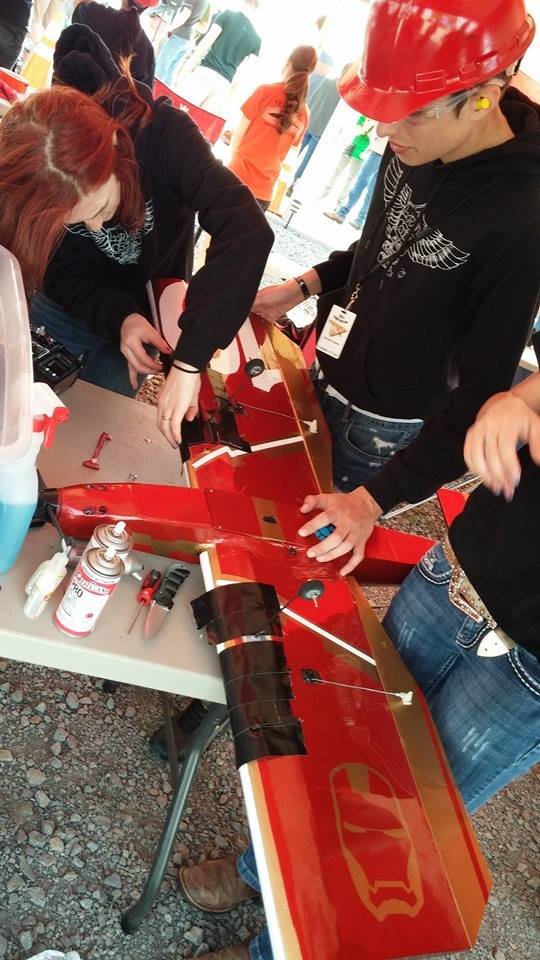 We cut open the area around the retract and carefully peeled back the covering. We then epoxied everyting back into place. The control rods were bent in the crash and we would not be able to fix them because of how they sat in the wing. We locked the landing gears in the down position and began to cover the repaired area with Gorilla Tape. Because we could not get the tape to stick well we CA'd the crap out of it and the tape was solid! The only way to describe how fast and crazy we worked would be to imagine a mix between surgery and a NASCAR pit stop! We repaired it in time to race in our next heat. 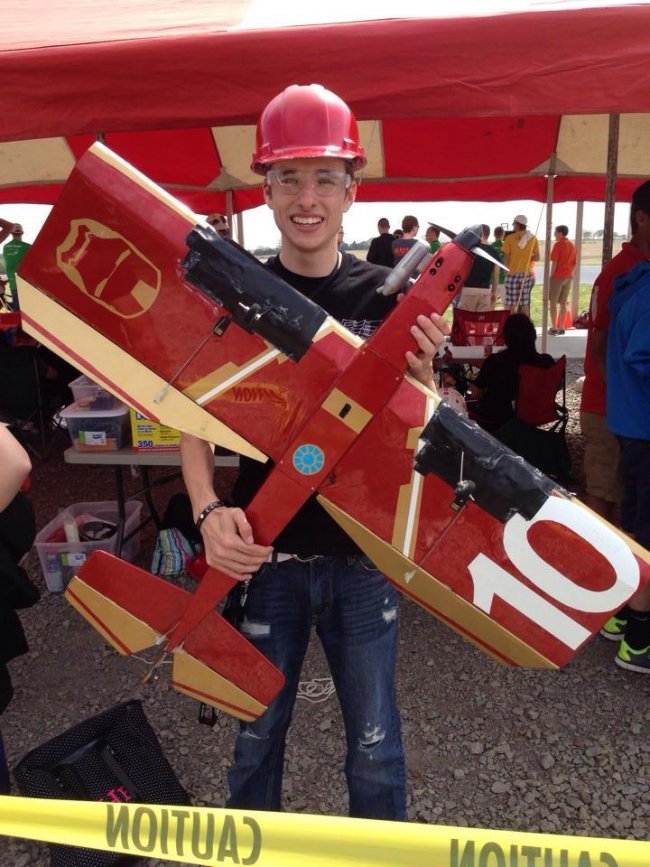 Throughout the day we continued to have engine problems. We didn't give up and did what we could to troubleshoot the problem. After troubleshooting through six heats, the planes engine still did not make it through the whole heat. We ran it up when we had time in between heats and discovered we were getting air in our fuel line. After checking the fuel tank and replacing all of the fuel line we still did not completely fix the problem. We added foam around the fuel tank to minimize the vibration shaking up the fuel. After more run ups the problem was improving. We noticed that the remaining bubbles seemed to be coming after the fuel flow ajustment knob. After replacing that we seemed to minimize the problem just in time to get it refueled and ready to fly in our last heat.

The plane flew great and for the first time that day the plane finished the final heat!

We all agreed we were more proud of the plane at the end of the day than we were when it was in perfect condition. Other teams may have given up after the crash landing and the many failed flights, but we did not. Overall it was a great learning experience. 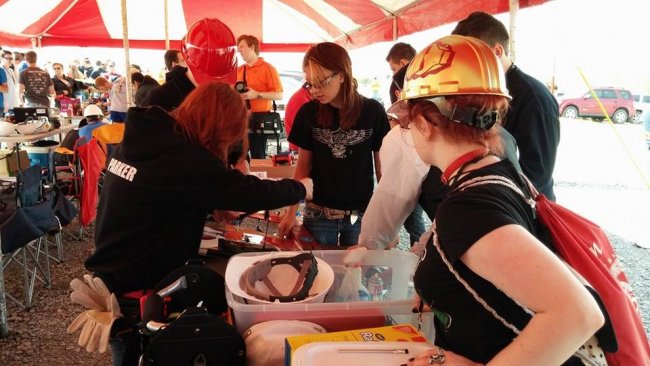 "Its kind of like Iron Man in the movies, he is destroyed, but comes back with a beaten up suit better than ever." -Jack Miller 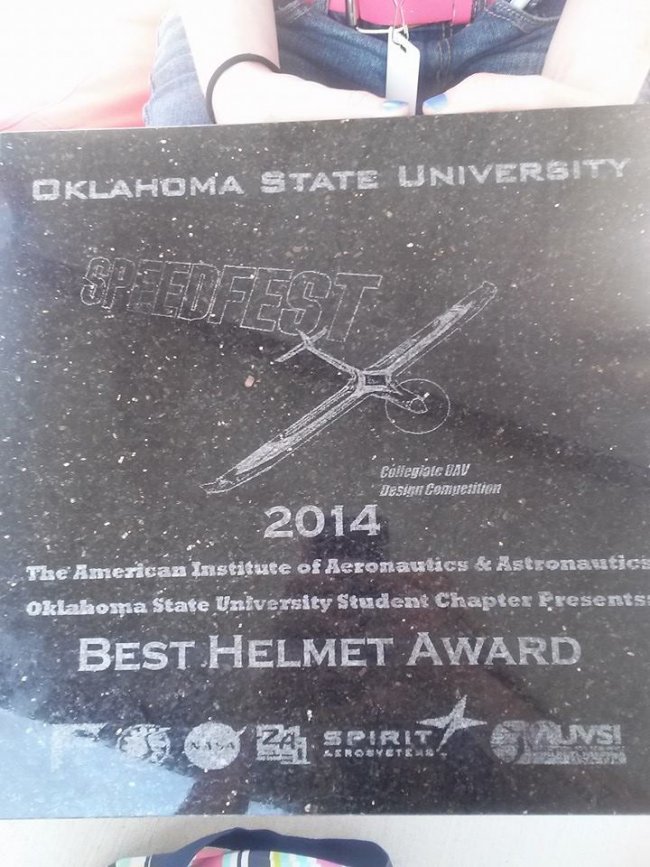 I found Flite Test while trying to decide what prop to choose for our plane. I found their video on choosing props and began to watch all of their video's. So thanks to them for all of the suggestions in their videos. :) 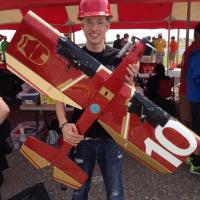