Overall I can not recommend this glider enough. It's a blast to fly and even an inexperienced DLG pilot like myself can get 45 second flights without lift and was able to catch a little thermal the other day for a 2 minute flight. Not record breaking, but a huge amount of fun. 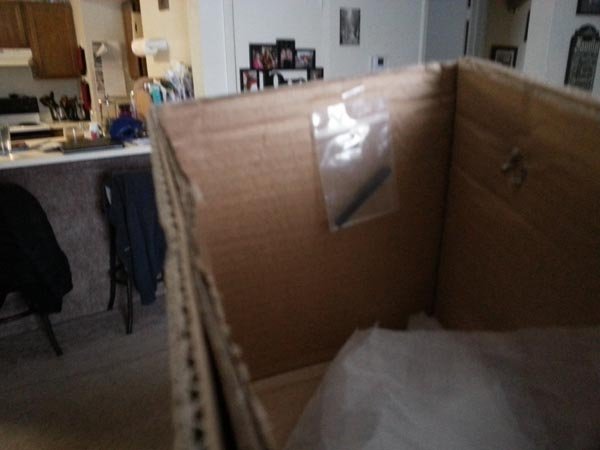 Be careful when you throw out your trash. This little spare / south pole peg is taped to the inside of the box, well away from all the other parts. It almost went into the dumpster. 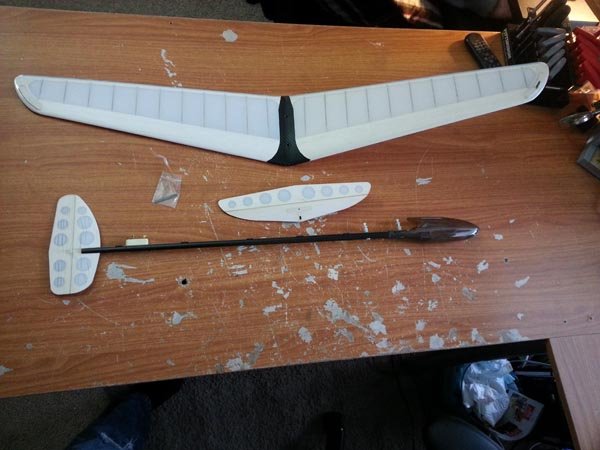 All of the parts were very well packed and arrived with no damage. 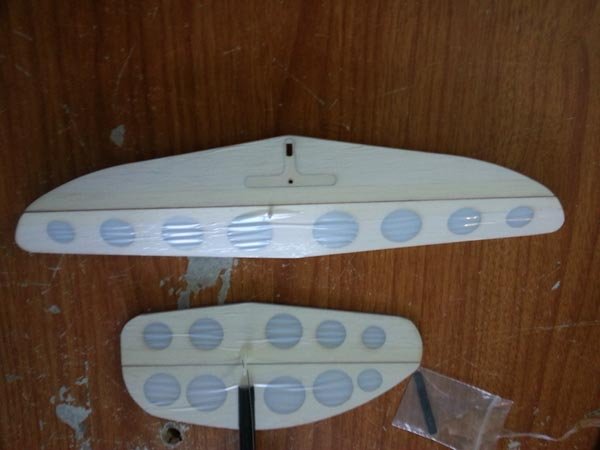 The only thing that I was disappointed about was the covering on the tail feathers, it was pretty wrinkled. A word of caution, if you don't know how to work with iron on covering, don't attempt to fix it. I thought to myself "Eh, it just needs a  quick shrink with a heat gun. Oh yeah, I don't have a heat gun, I have a hairdryer though". Two hours later I was still working on the getting the sever warps out that I had set into the horizontal stab. 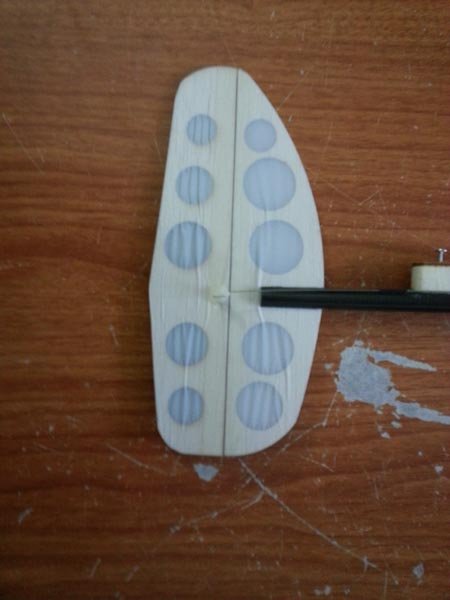 If you try to fix the covering, use an iron, shrink it very slowly, and do everything you can to avoid warps. 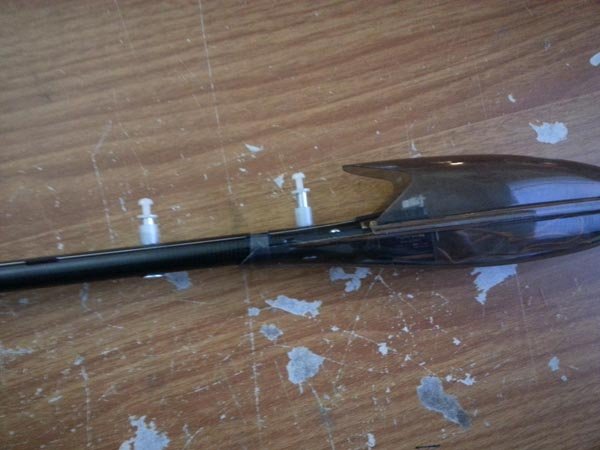 The wing mount pegs are of good quality. They are securely attached through the CF boom and look like they also have some epoxy around the edges. This proved to be a rock solid wing mount. 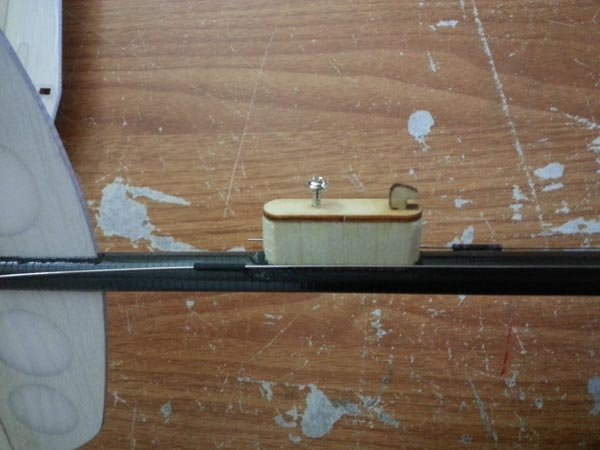 The mount for the horizontal stab was a balsa block with 1/16 ply on top with a laser cut hook and a small servo mount screw. 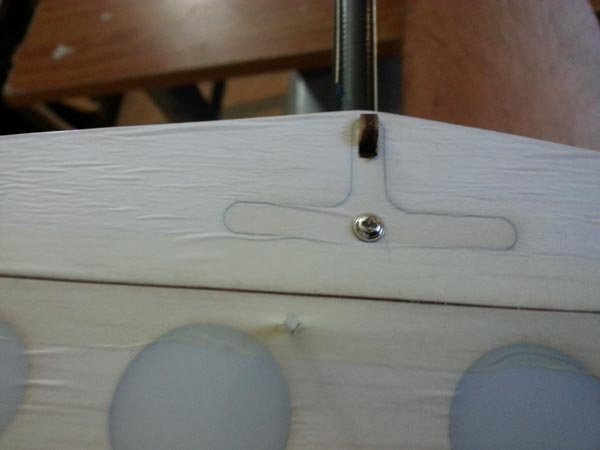 This actually proved to be a very solid and accurate mounting system. You can see the ply reinforcement built into the horizontal stabilizer. 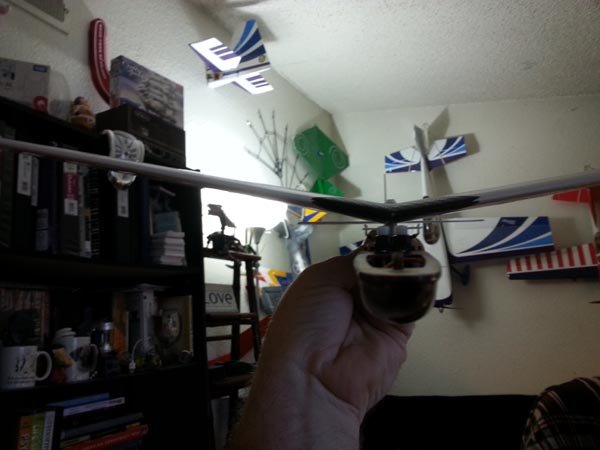 I didn't have to shim anything for the setup and all of the wing and tail feather surfaces seamed to be in good alignment. (Except that little down warp on the right hand side of the horizontal stab, I wonder how that got there!) 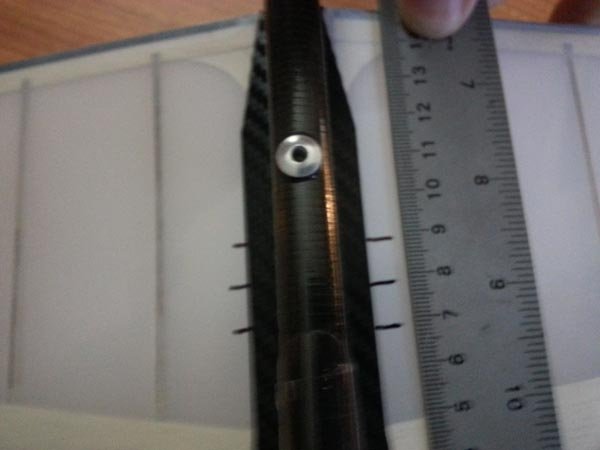 Before installing the electronics I marked the CG as recommended in the manual (80 mm) plus a mark 10mm in front and in back of the CG. I did this to allow me to play with the CG in the field and have known reference marks to go by. 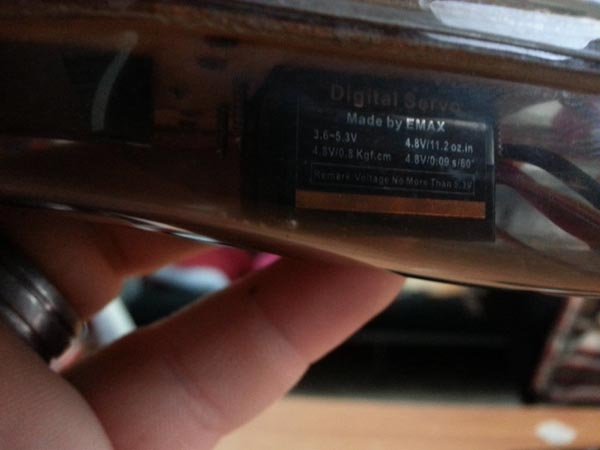 I had planed on using a Zippy 2 Cell LiFe pack in the nose because I knew I would have some weight to play with. The LiFe pack runs right at 6.6 volts. On closer inspection the servos are clearly marked that they can run from 3.6 to only 5.3 volts so I decided to err on the side of caution and use a single cell with a booster. 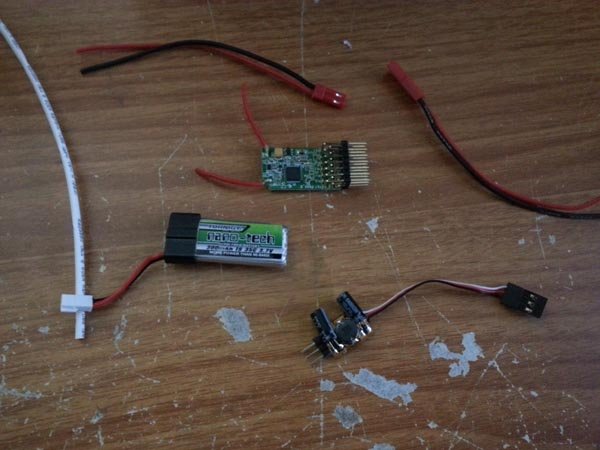 3mm Heatshrink of your choosing

(I will be replacing the receiver with a 4ch FrSky as soon as I can get one ordered. The 7ch Orange is just what I had laying around) 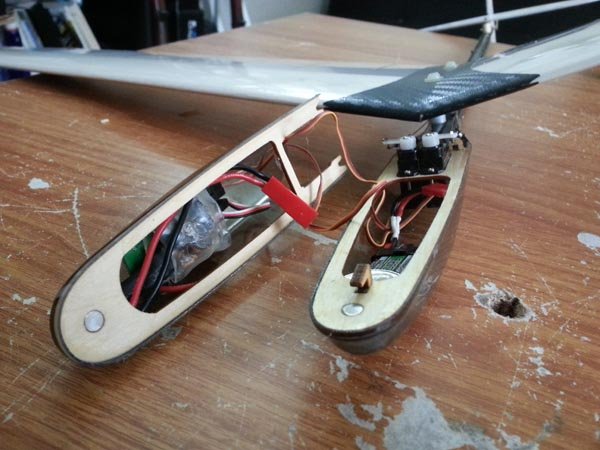 Everything was easily fit in the nose and it honestly felt roomier then I thought that it would. I was able to use hot glue to hold the voltage regulator and receiver in place due to the original test balance being tail heavy. I would rather just use a larger battery but eh, I wanted to get into the air asap. 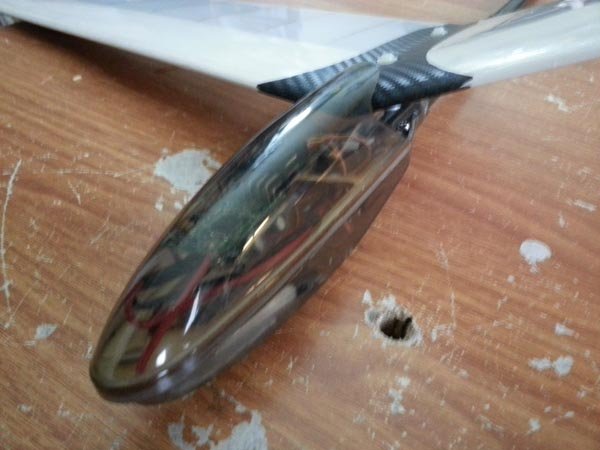 After she was all closed up I still had to use a nickle CA'd to the nose to get the CG spot on at 80mm. 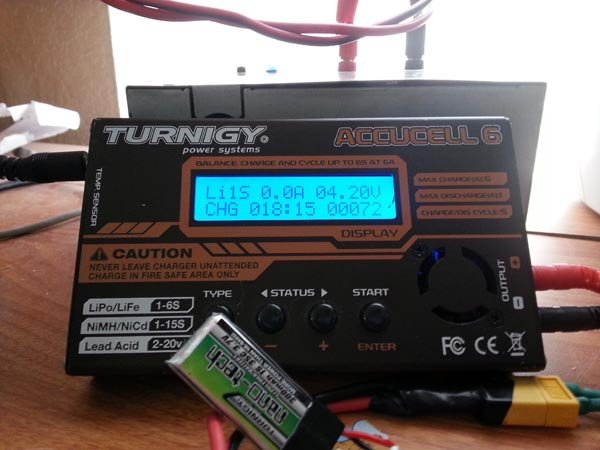 After an hour of flight time I only used 72 mah from the 300 mah battery. 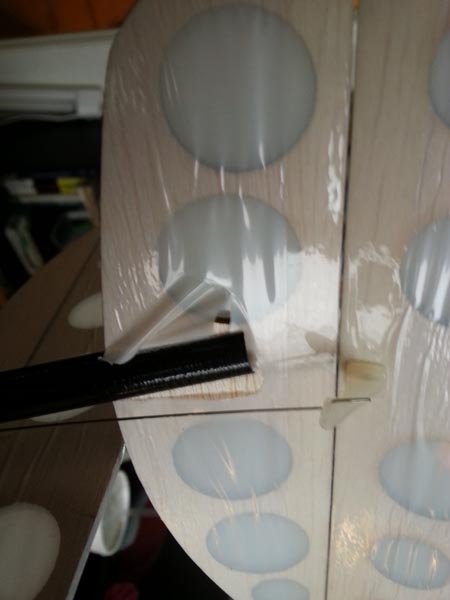 After a few rough landings the verticle stab broke loose from the CF boom. After closer inspection they had glued the veritcle stab to the boom without removing the covering. This really baffles me after seeing the quaility of the rest of the airframe. Any way, after a little cleanup and some medium CA she was back in the air.

If you like gliders here is a shamless self plug of a flight video of my 2M Sig Riser. 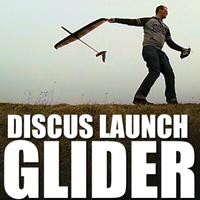 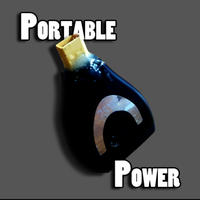 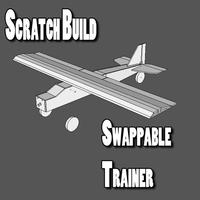 It is just as you say not the best glider out there but for the $ it is great fun and actually flies great on a small slope as well.

My setup is similar to yours. 1S LIPO, Voltage booster and a D4FR (Fr-Sky with telemetry)
& I also added the HK altimeter for some fun logging.

I also marked CG at 7,8 and 9cm to make field adjustments easy.

Originally I bought 4 LIPO's from HK....but will most likely always use 1 of them as it lasts ages...might replace the servos for the Emax versions tho...
Log In to reply
Grendel on June 15, 2014
After over 300 throws in one day, my glider broke to pieces. Literally. It was probably stress from multiple nose landings. But it was in one piece when i was spinning, the moment i released it, fuselage detached from the carbon fiber spar. It looks like the stress on the rudder yanked the servo too much (rudder servo has broken wheels inside, while elevator servo is in tact.
I will have to rebuild the fuselage using balsa probably.
But despite a little bit of frustration (i couldn't achieve hang times longer than 20 seconds), it was really fun to fly. Amazing experience.
Log In to reply
scruffy1 on October 4, 2014
i had great fun with mine till a radio failure (i believe) spiralled it in and it was totalled 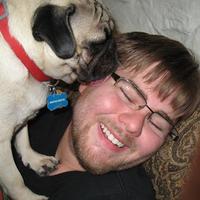