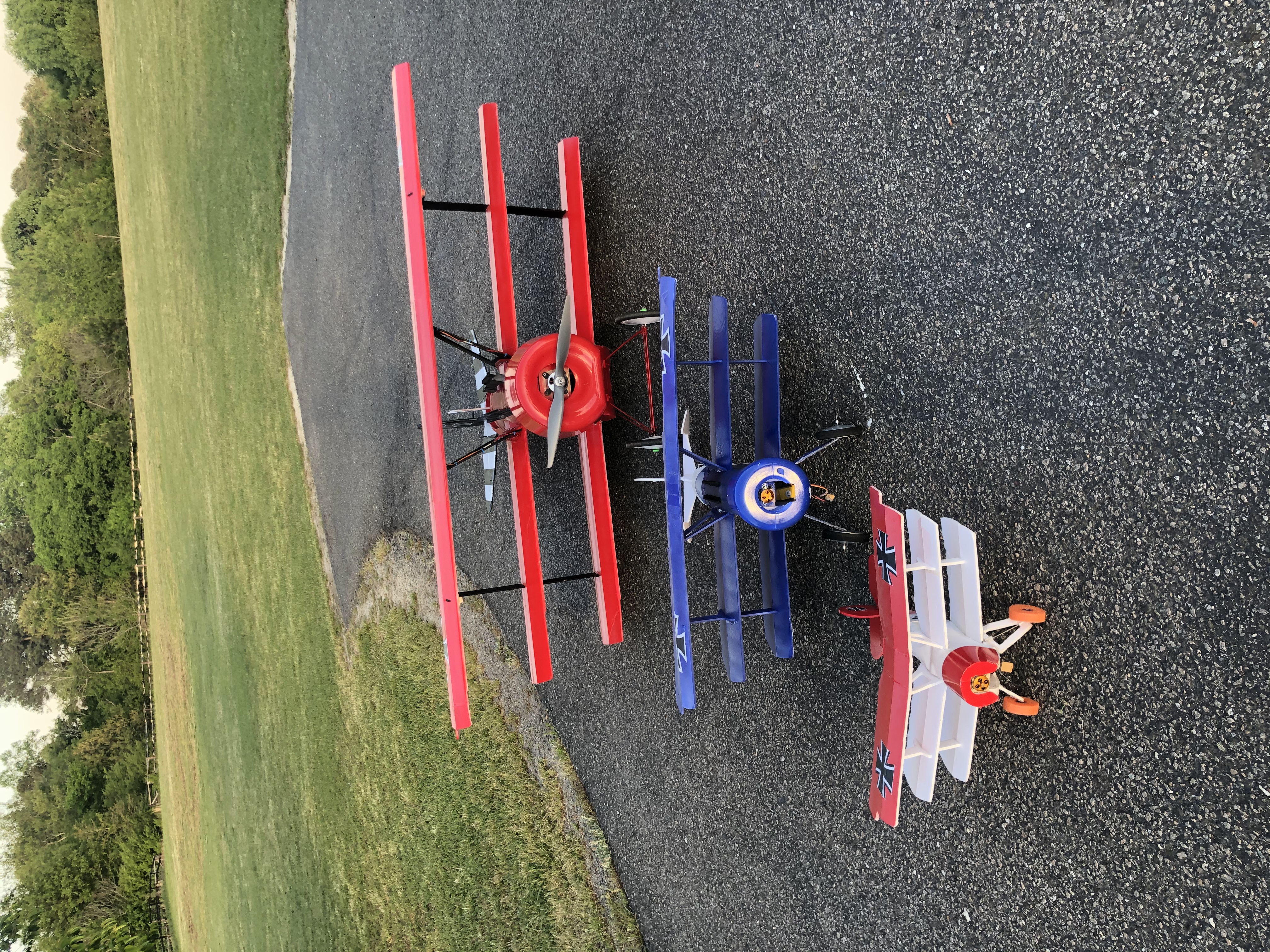 I have always been fascinated by the Fokker DR1 and it’s history so one of the first Flite Test scratch builds that I made was the Mighty Mini Dr1. 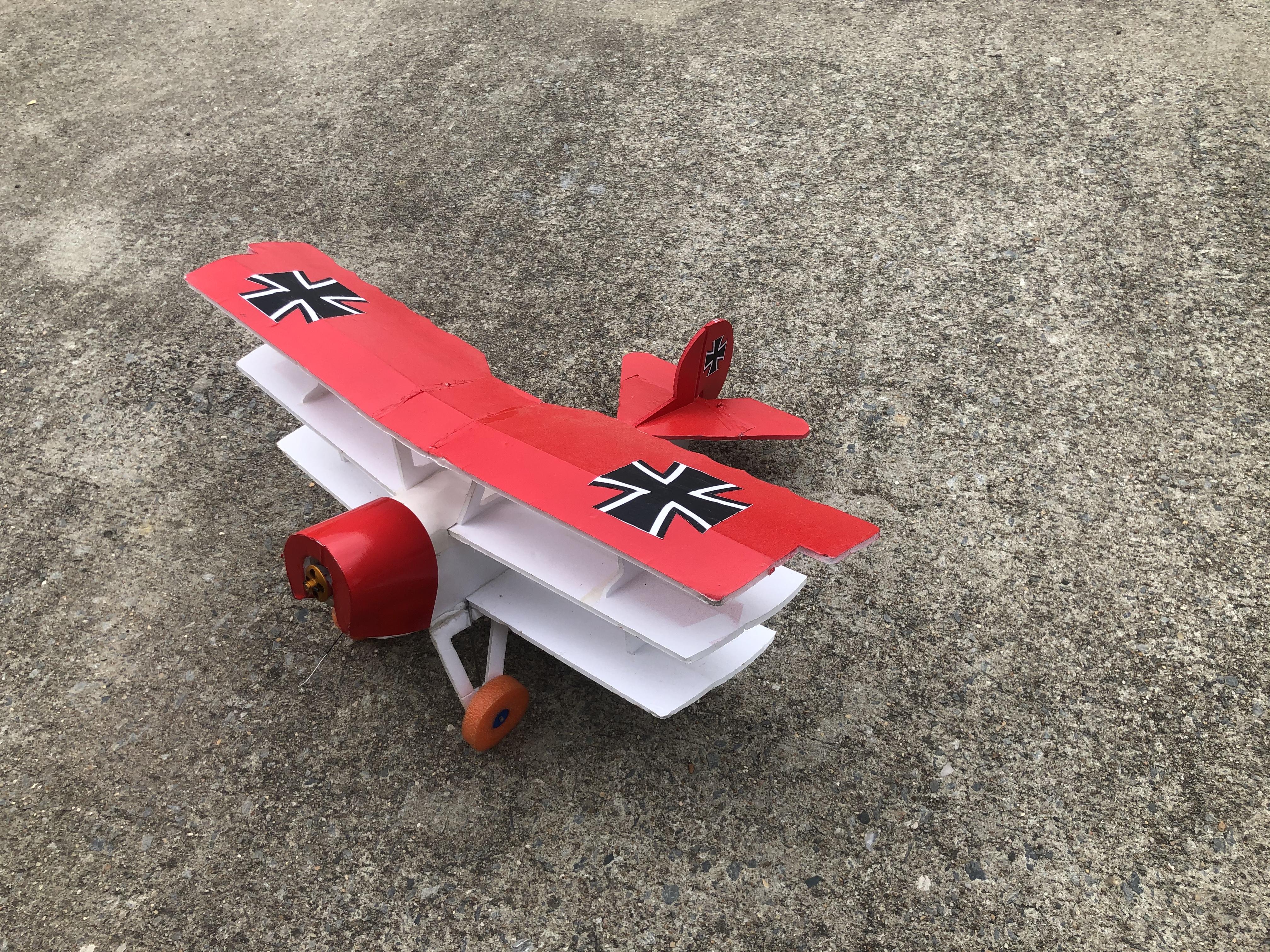 It was truly a “Mighty” Mini. I crashed it numerous times but it held out and to this day 3 years later it is still flying. I really enjoyed flying it but wanted to build a bigger one. So I enlarged the original 24” wingspan plans to 42” wingspan so now it took 6 sheets of foam instead of 2. The larger model had ailerons on the top wing. On the maiden flight it turned out it had major adverse yaw. I reconfigured the ailerons so they only had down movement about 1/4” and up movement about 1” as well as mixing in the rudder with the ailerons and using a bigger prop. This took care of the problem and now it flies very nice and slow. 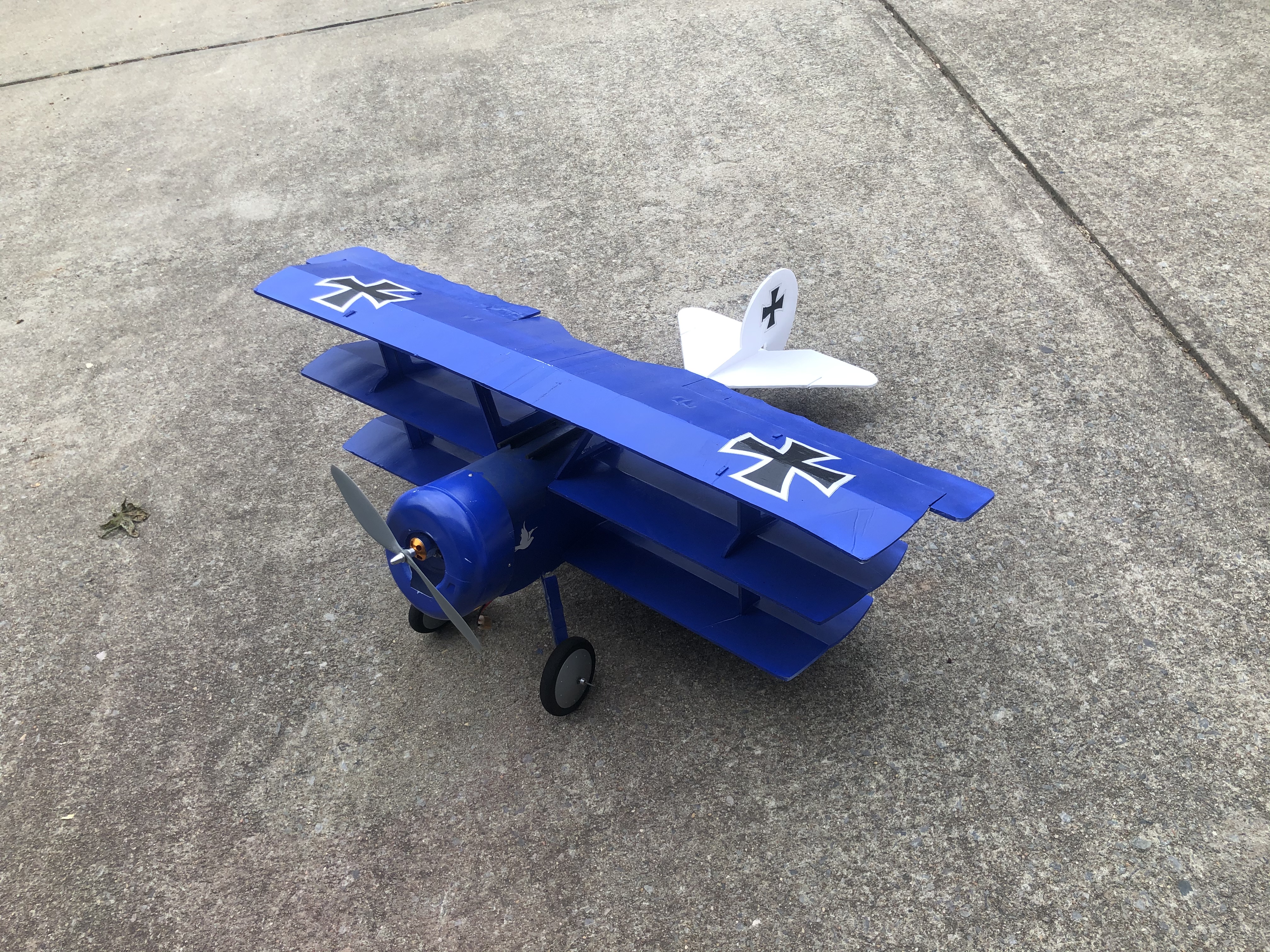 However bigger is better and I had an Eflite power 90 motor that needed a new home so I thought maybe try an even bigger DR1.

This was going to be a lot of foam board so I wanted to laser cut the foam. I had 2 laser cutters, one older more powerful tube laser that could cut only 12”x8” area and a newer LED laser that could cut 40”x40” but would not cut thru the foam very well. The big lasers that are powerful enough and big enough to cut foam board sheets are very expensive so I took apart my 2 lasers and combined them into 1 big powerful laser. 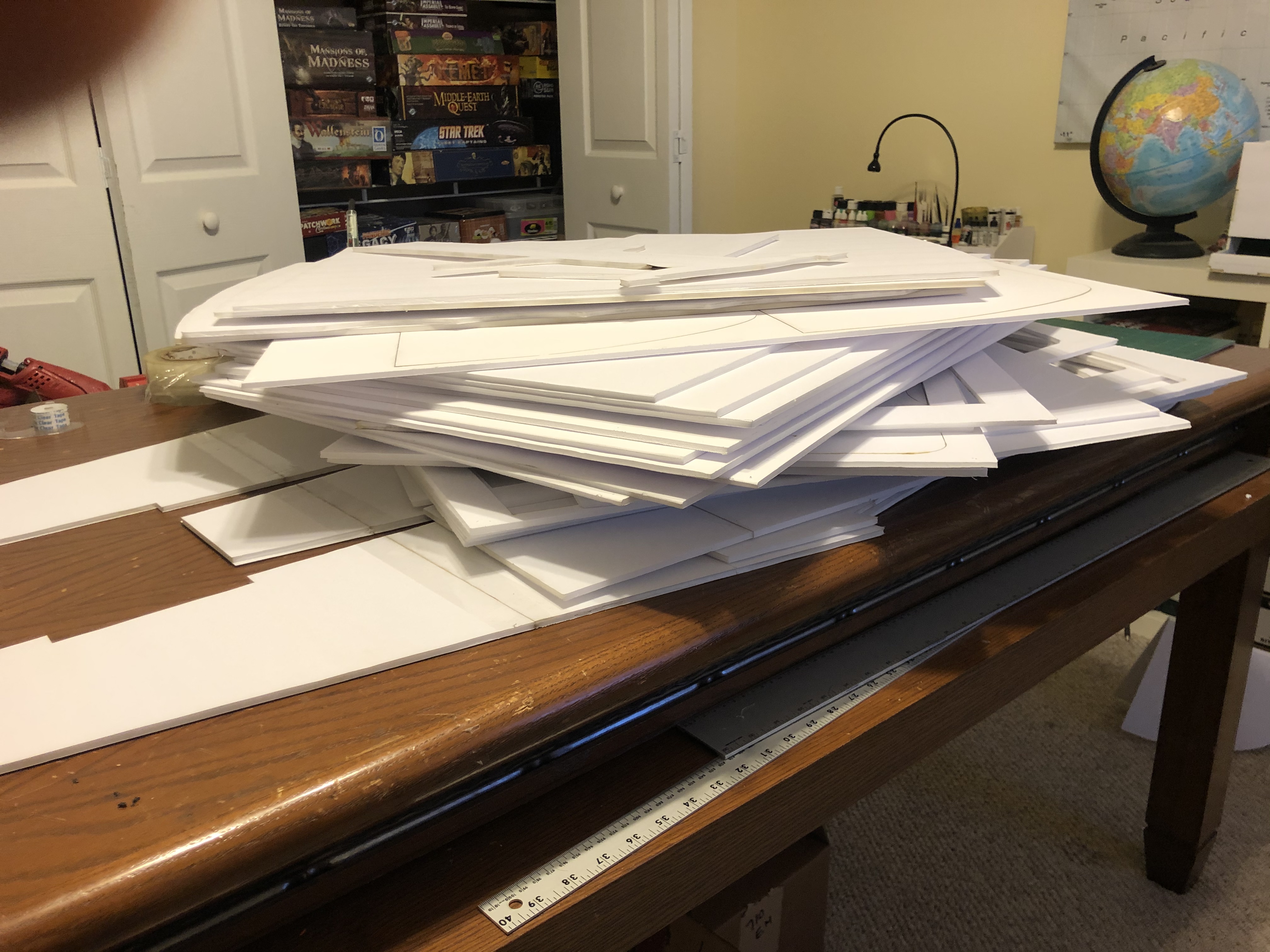 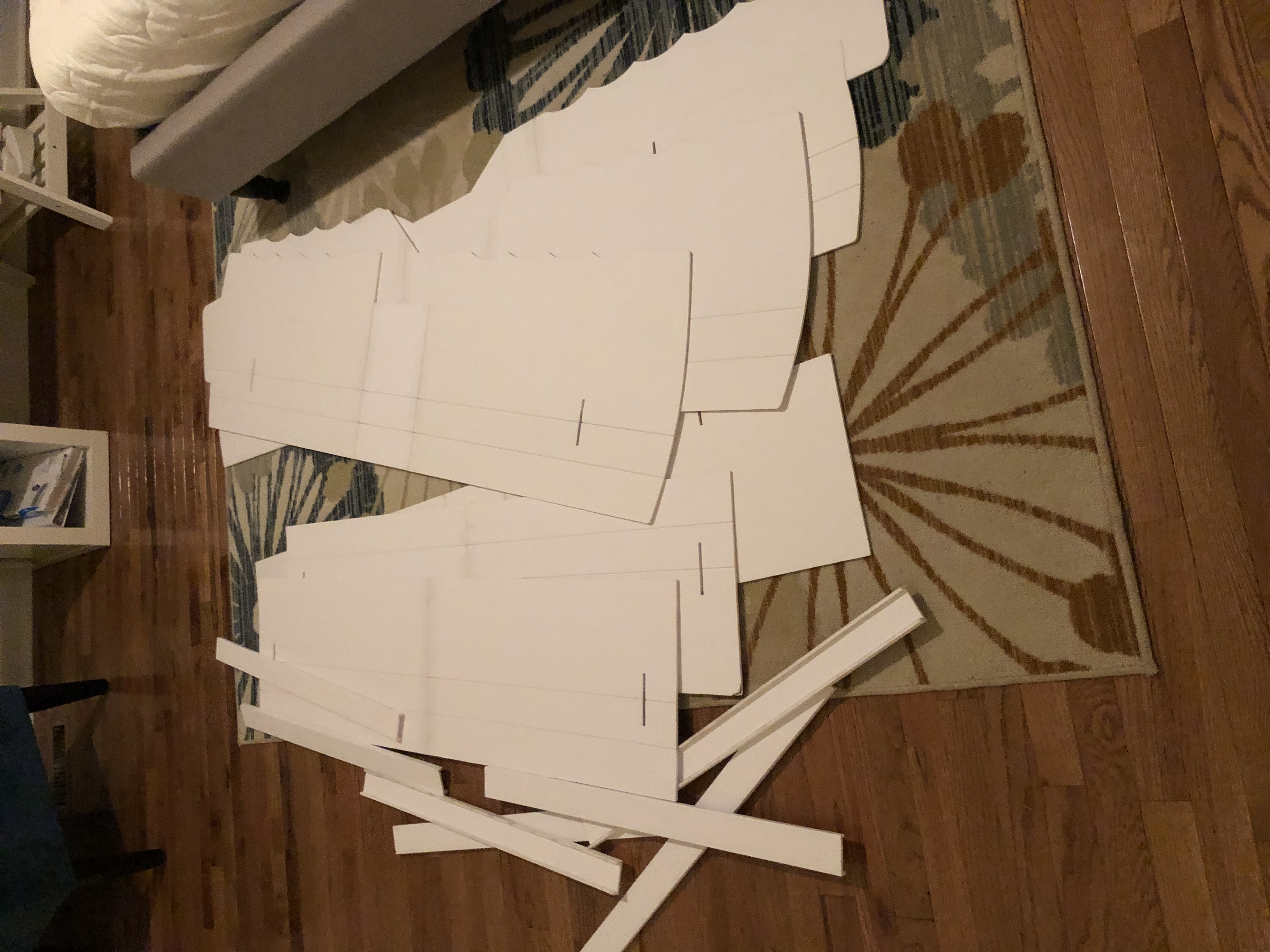 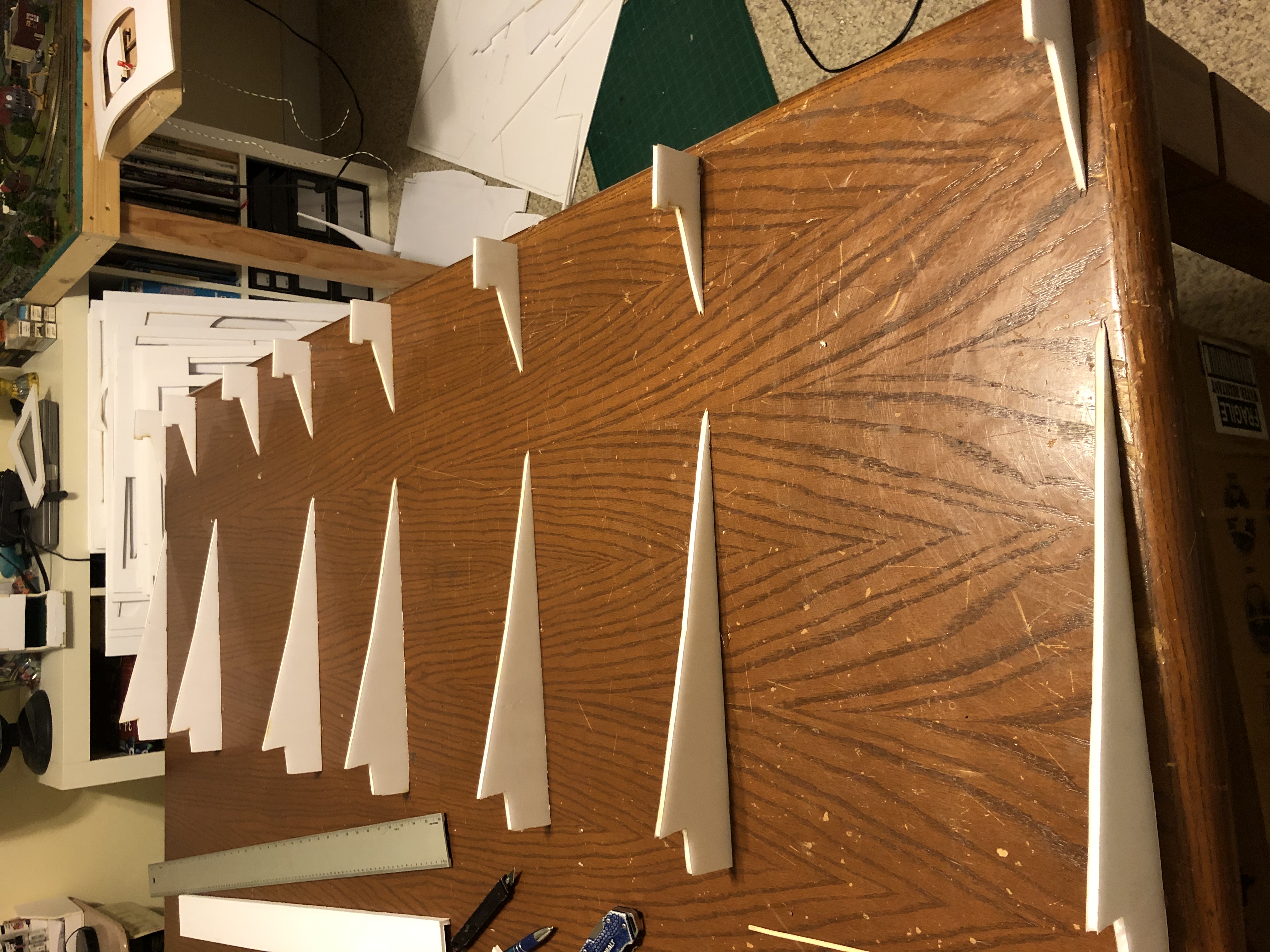 Wing rig with one of the wings 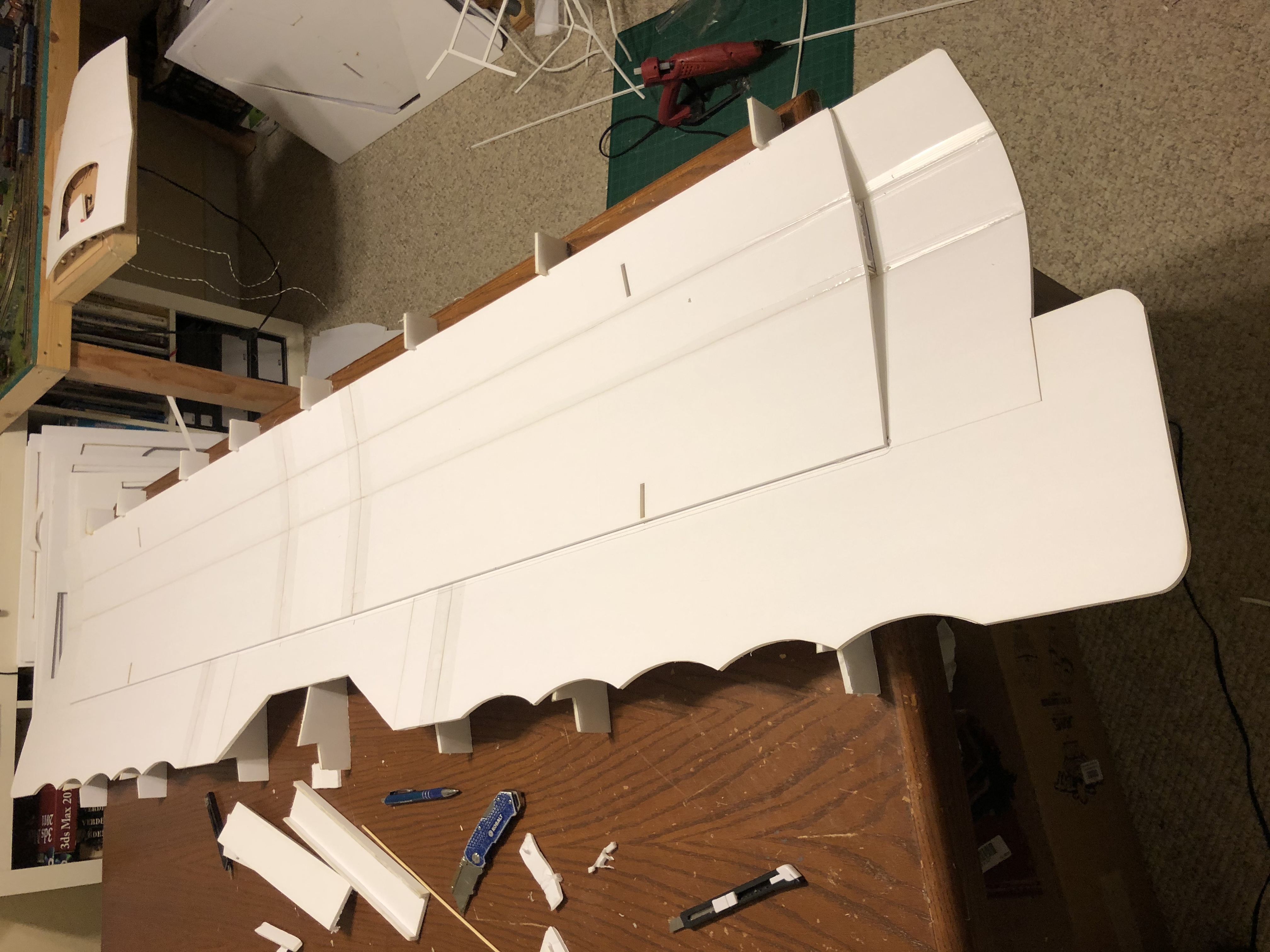 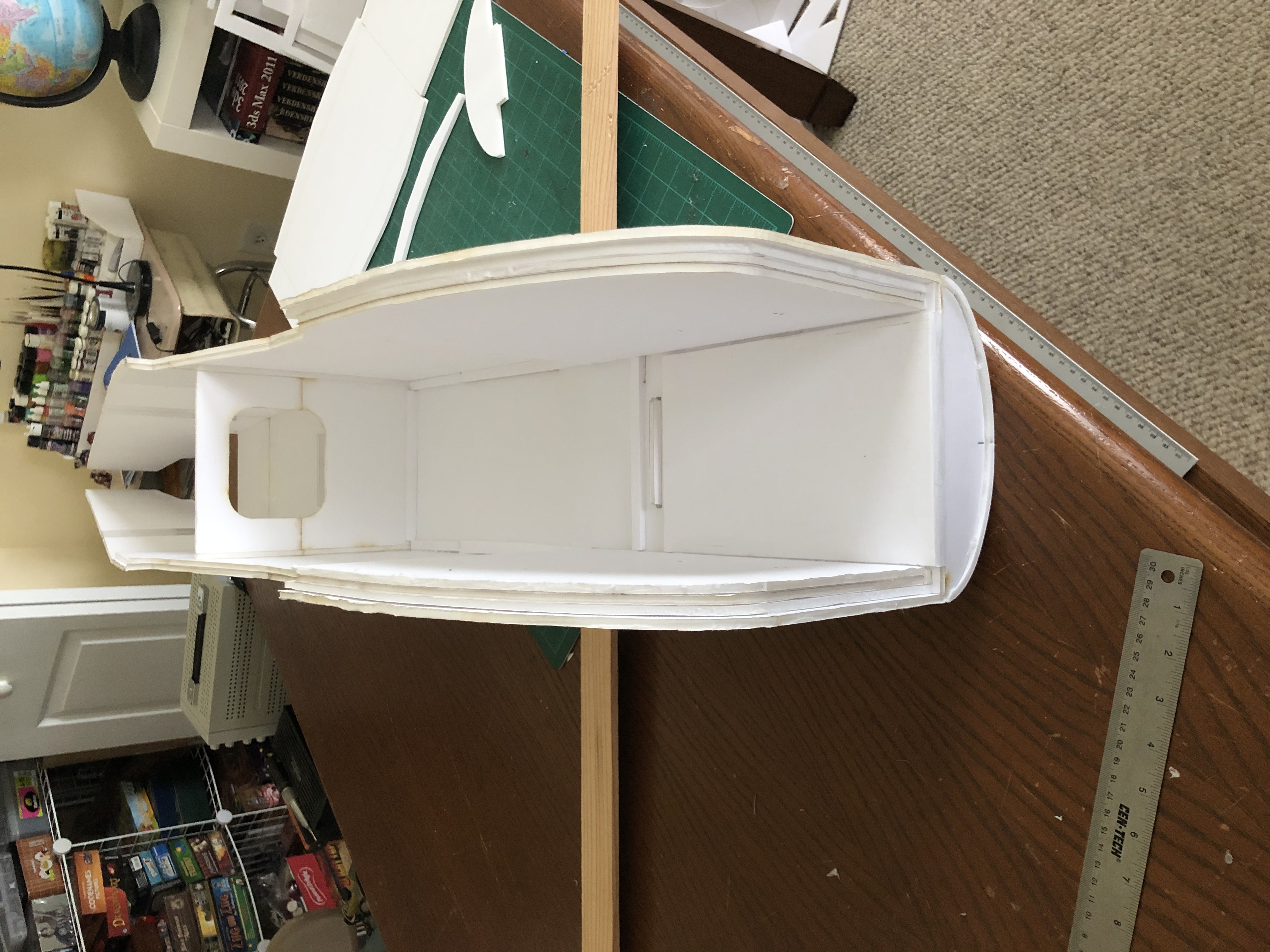 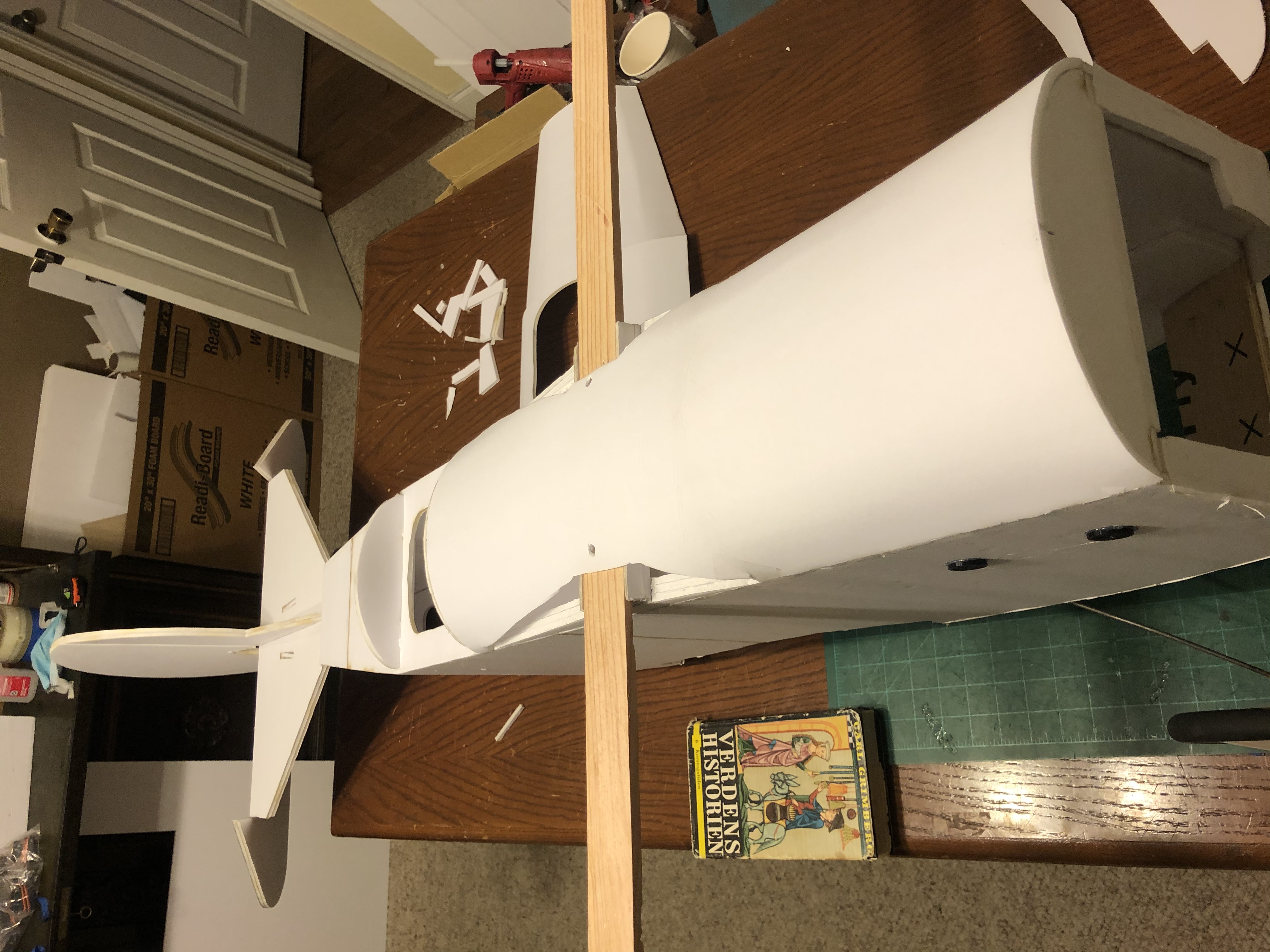 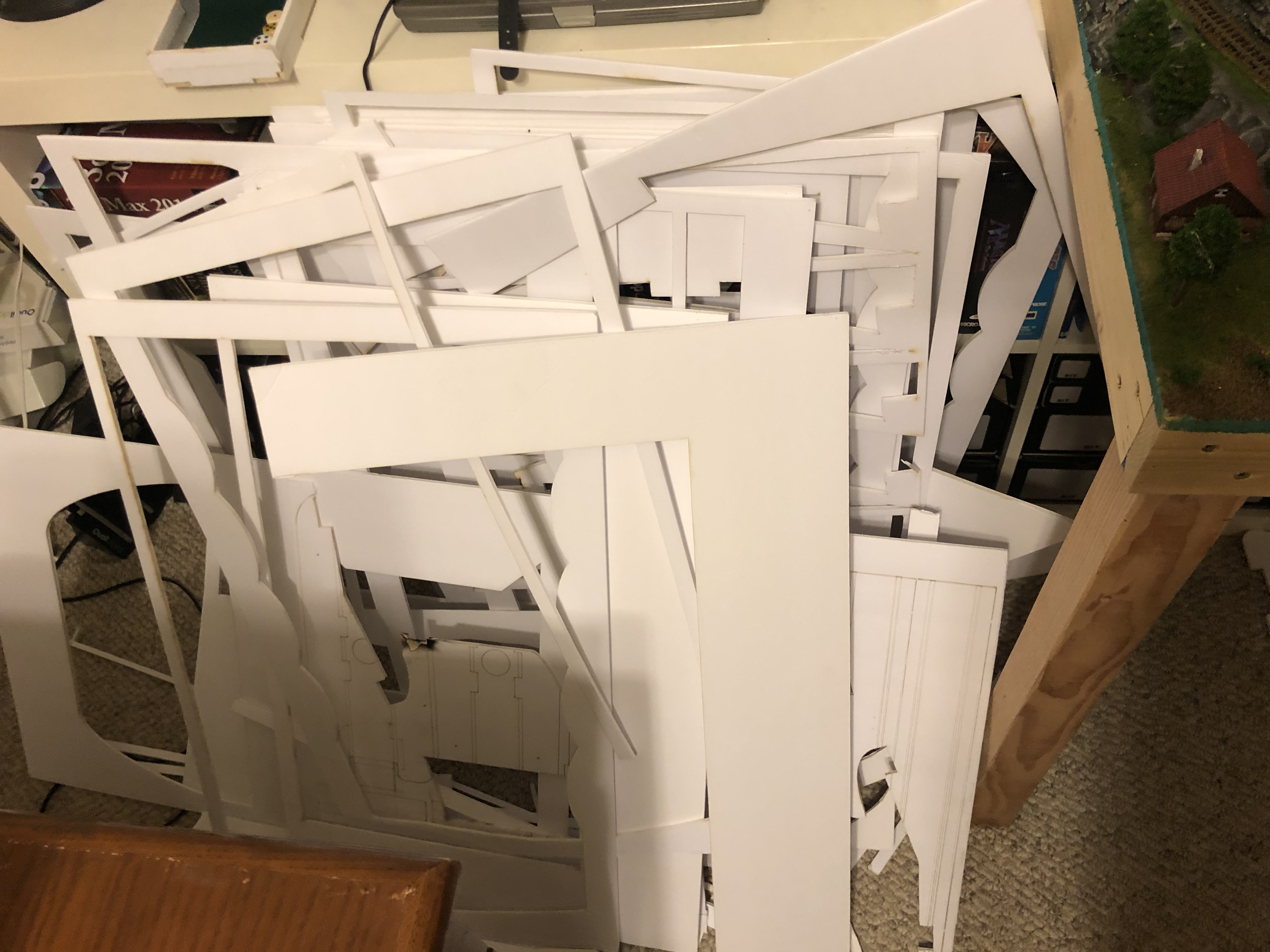 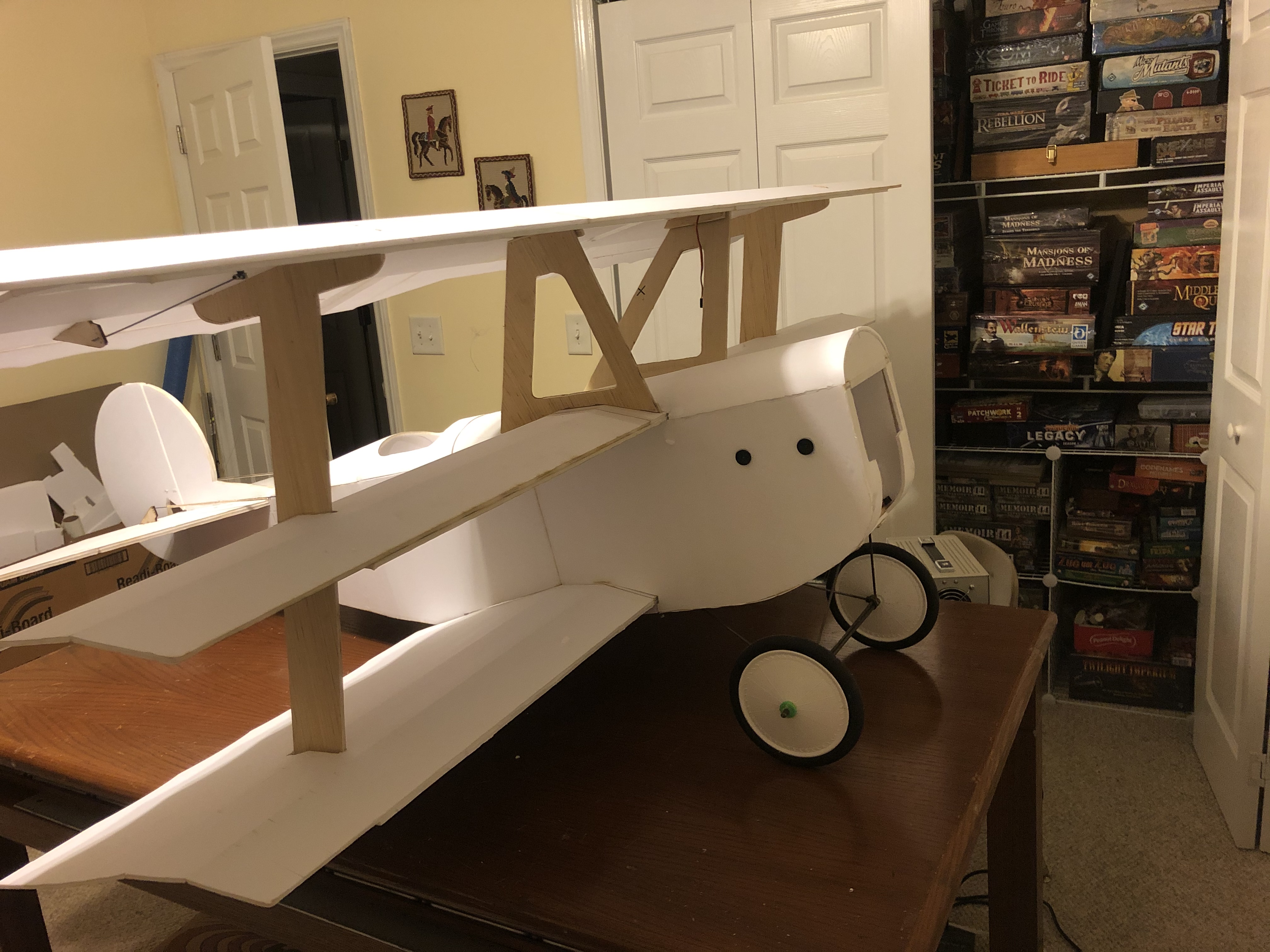 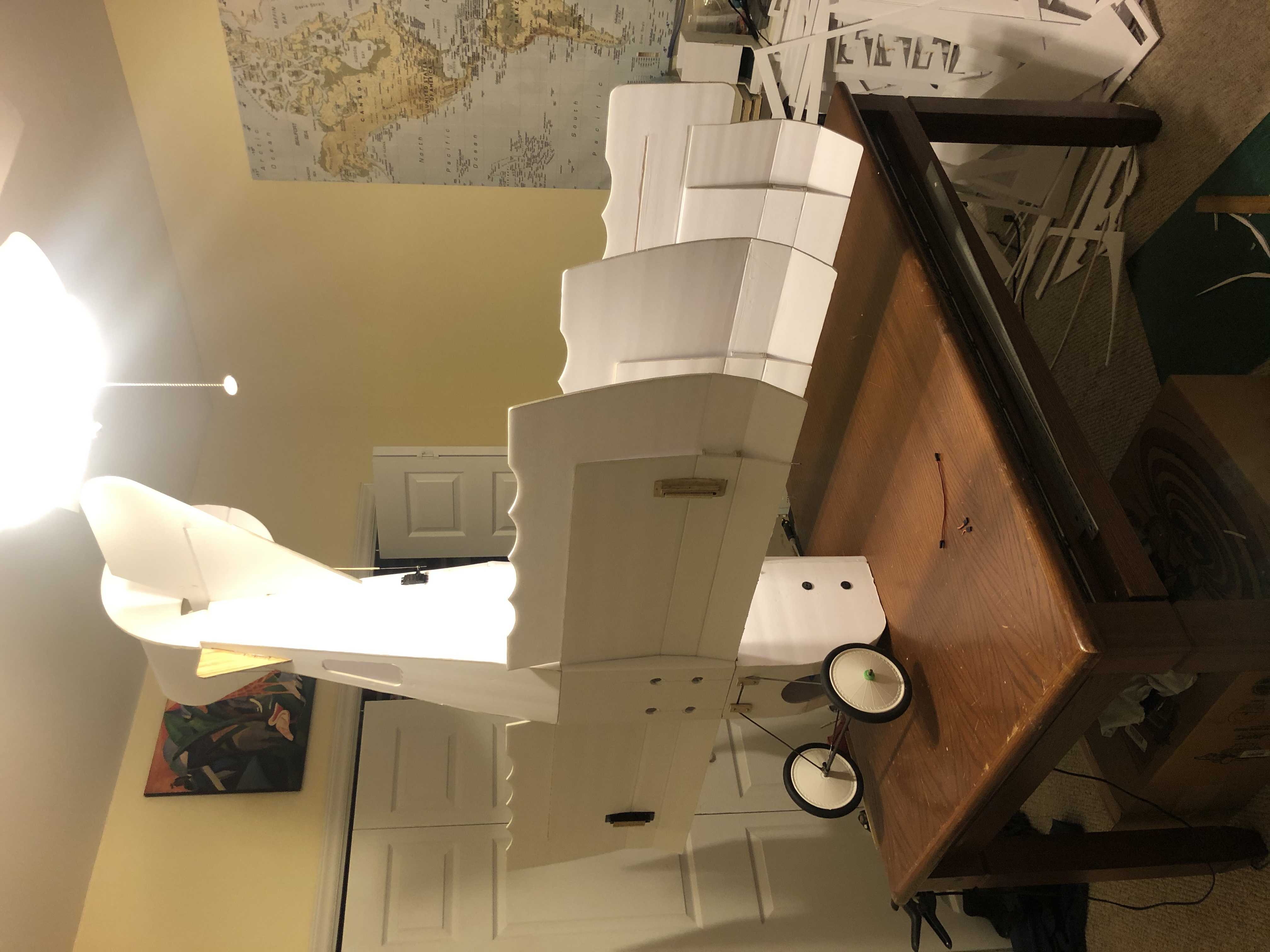 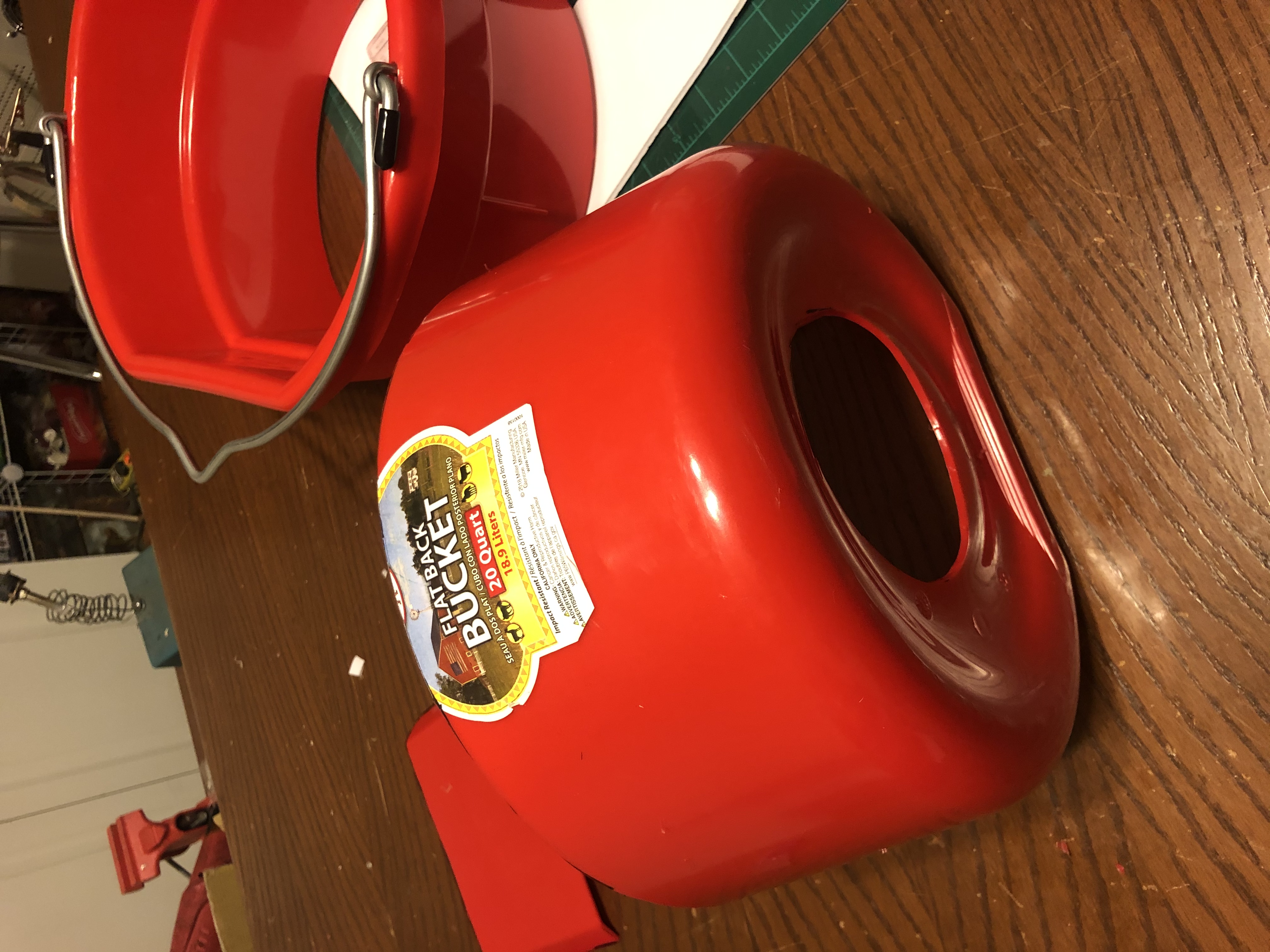 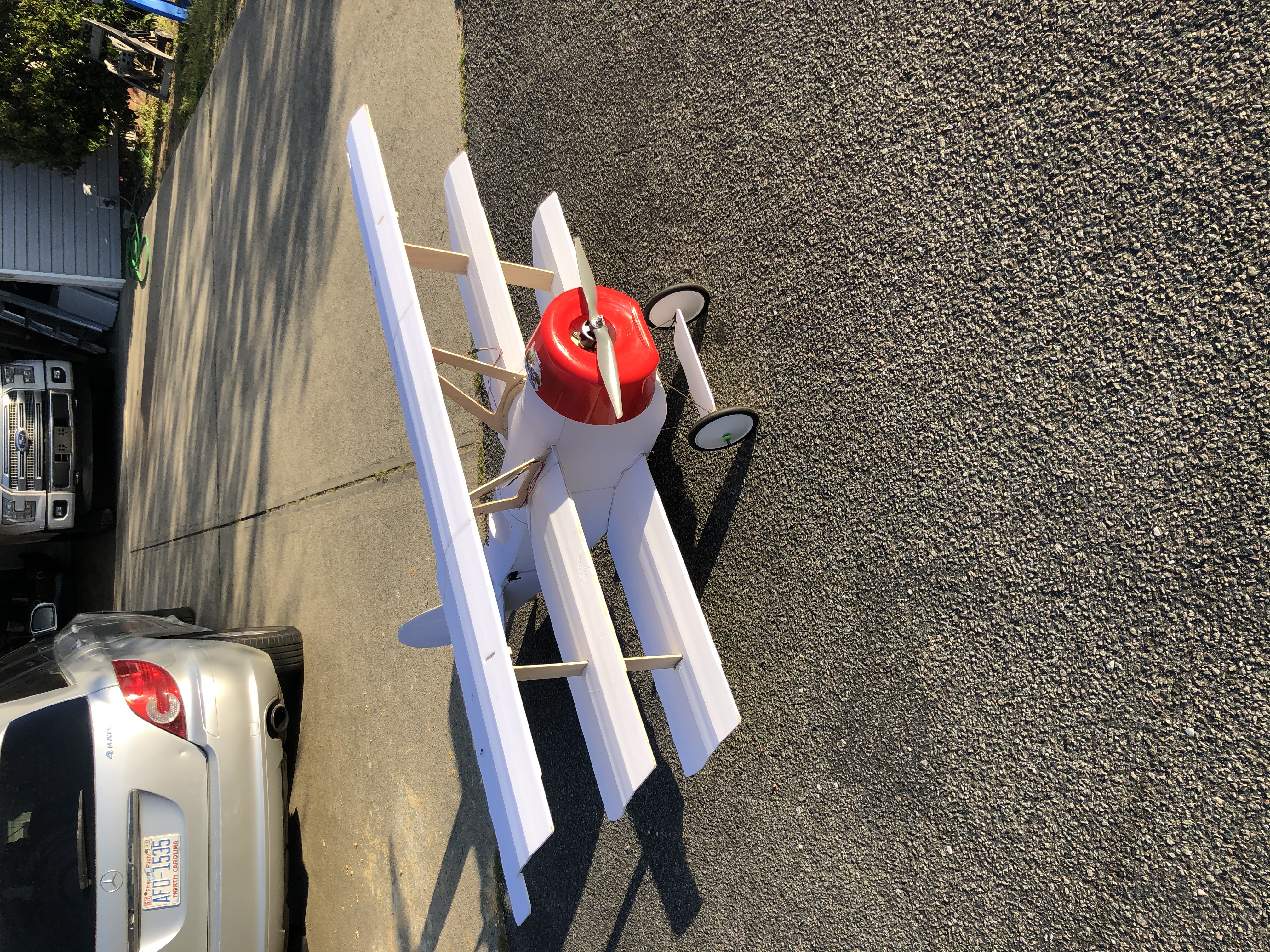 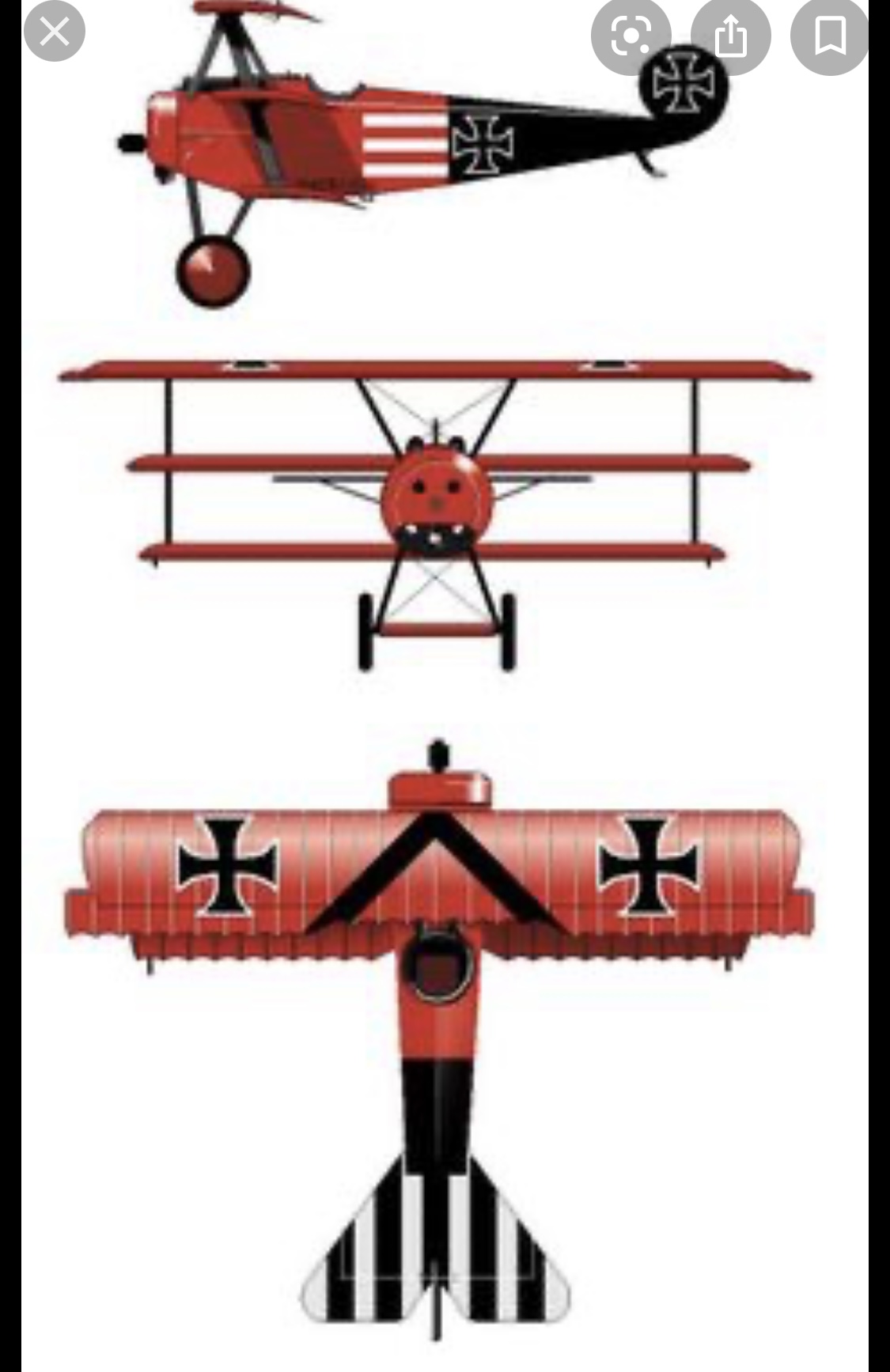 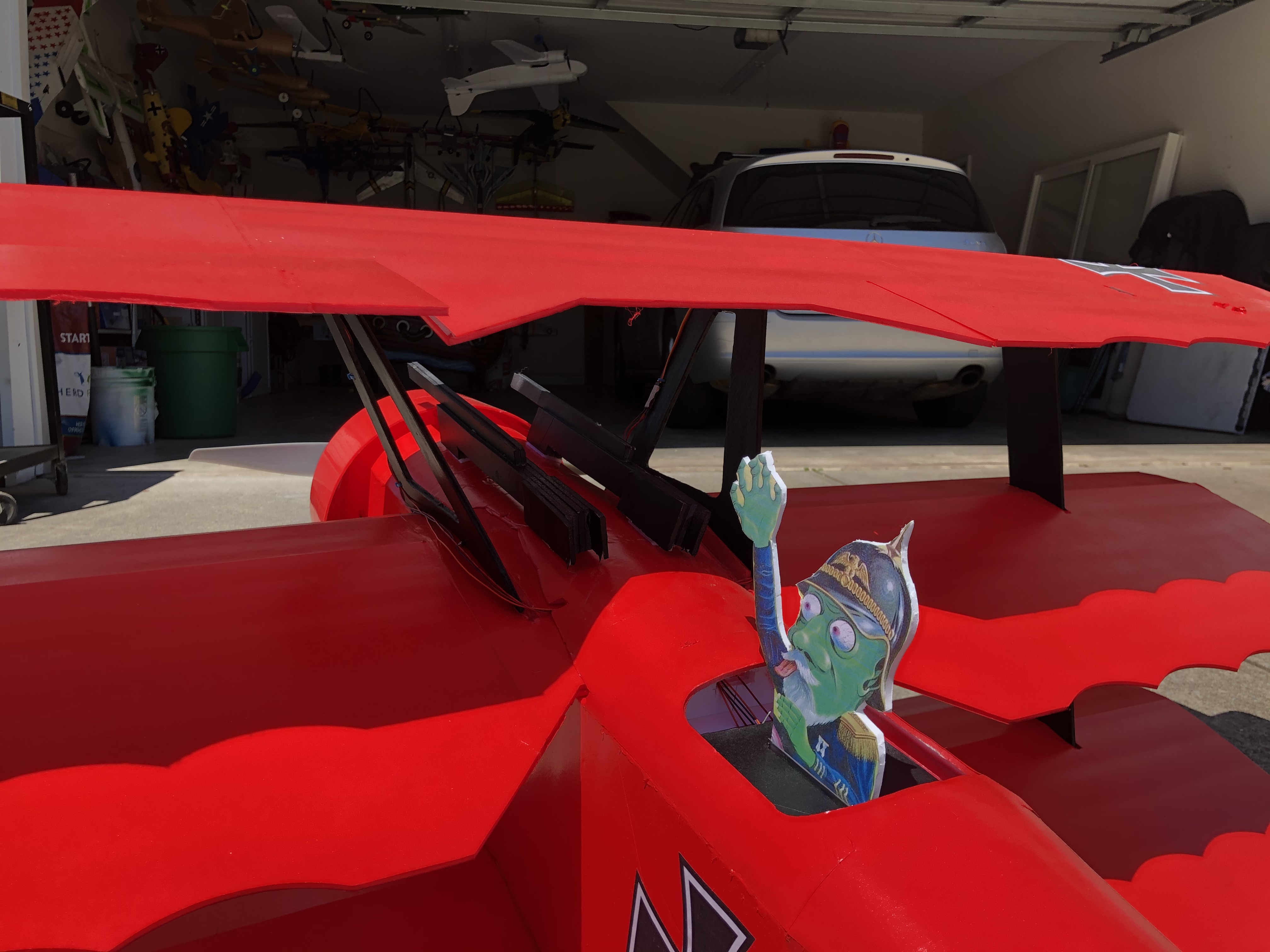 Plane is done and Ready for Flite Fest 2021 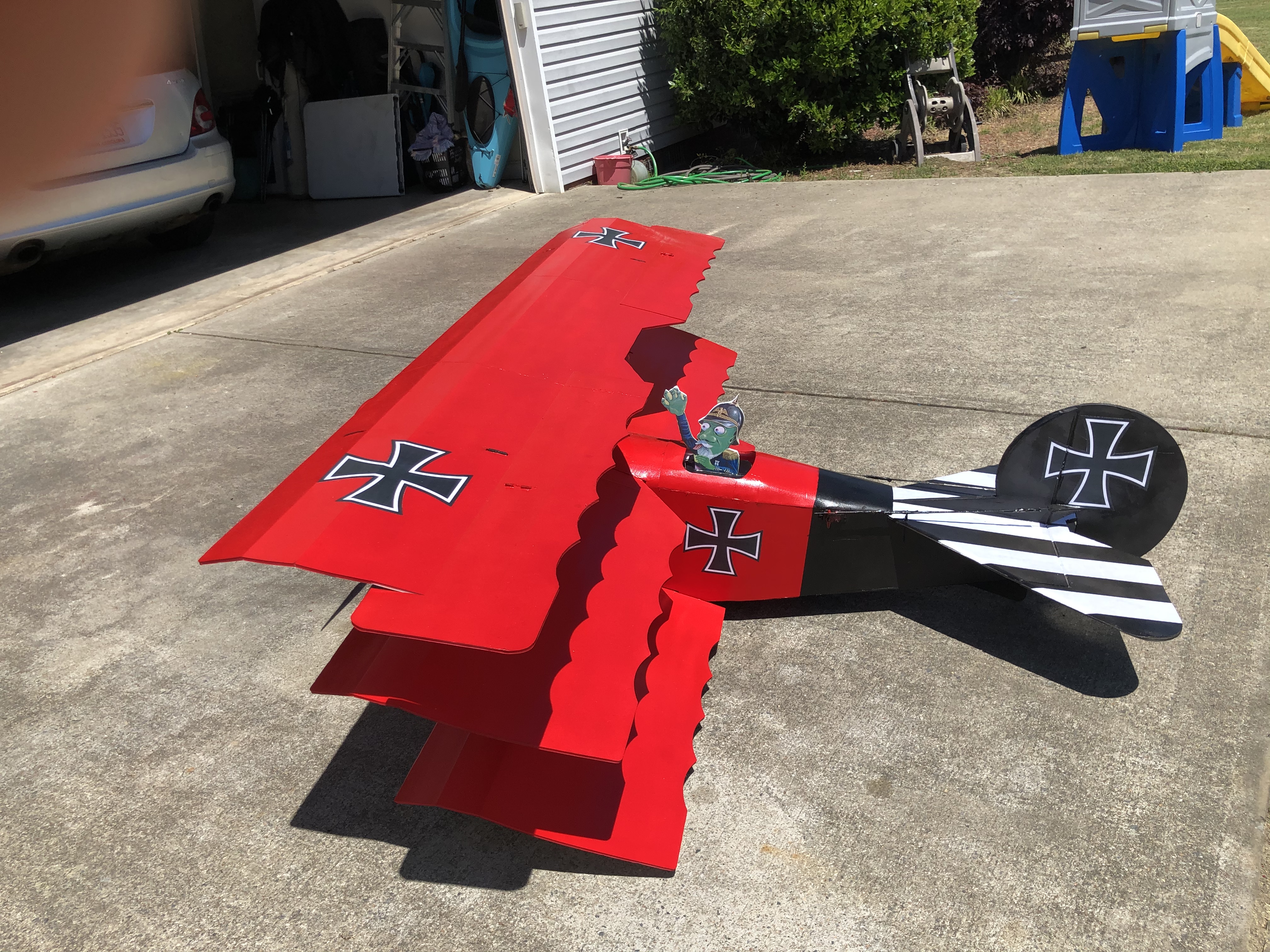 I up scaled it about 325% from the original FT Mighty Mini DR1 plans and ended up with a wingspan of a little over 80".

Took about a month to build. The laser cutting machine certainly made the project so much faster to complete.

The plane flies like a dream, slow and responsive with no adverse yaw and a little rudder in the turns.

Hope you enjoyed the article. 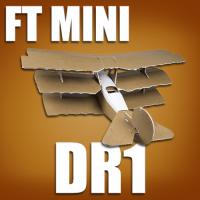 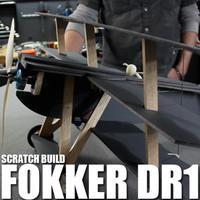 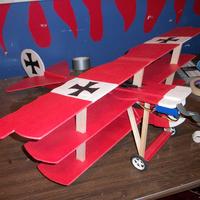 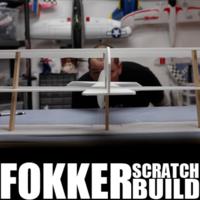 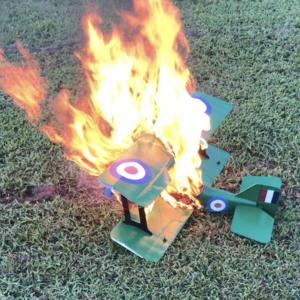