Half my lifetime ago, my parents took me to the air museum in Seattle at Boeing field. Even though I was only seven, I already loved airplanes, so we went to that museum a LOT.

At the air museum we saw a B29, a couple of MIGs, and a B52. We also saw the Concorde, one of the last examples in the world. I got to go inside this supersonic passenger plane with my parents.

It is now 2021 and I am 14 years old. I just barely remember seeing the Concorde. But now here I am, combining my recent hobby (Radio Controlled Aircraft) with this amazing aircraft, building an eight-foot long, 1/26 scale, foam board replica of the Aerospatiale/BAC Concorde.

My grandfather and I build a lot of RC aircraft together. So far we’ve finished 20, and 3 of them have been “scratch” builds - no plans, no kit, just measurements taken from whatever photos and drawings of the planes we could find on the Internet. It is a really slow process because my grandfather and I need to engineer almost everything. 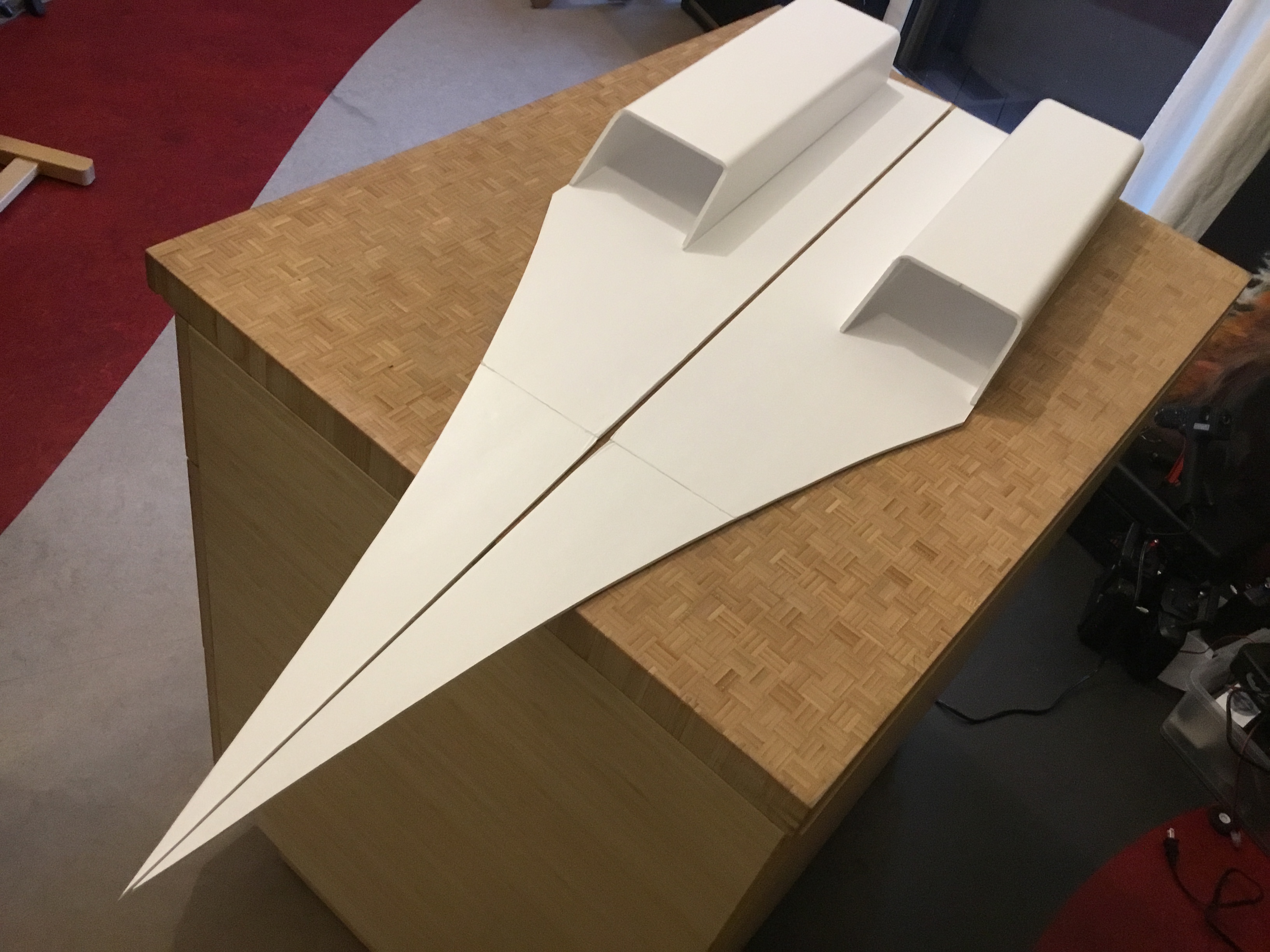 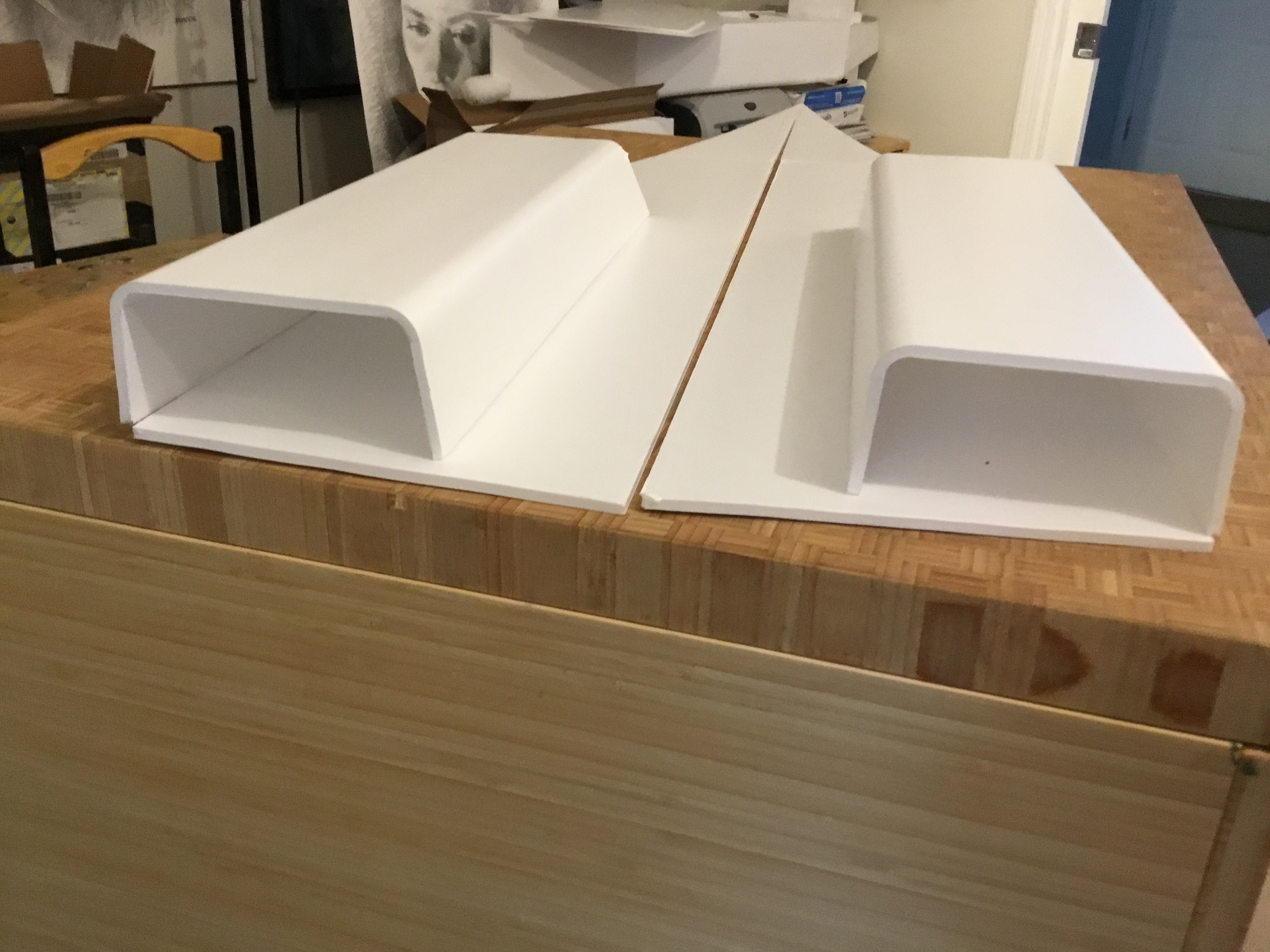 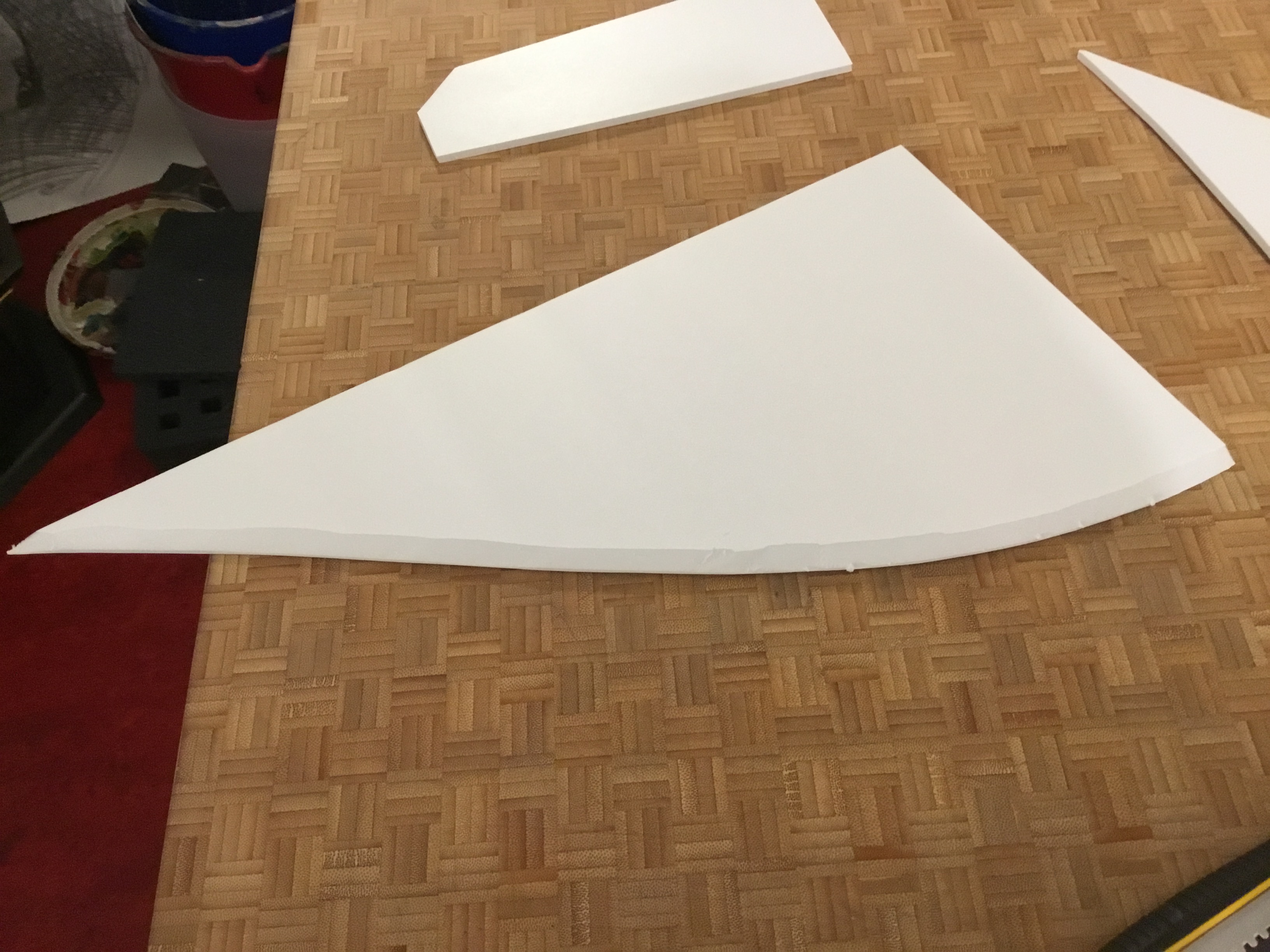 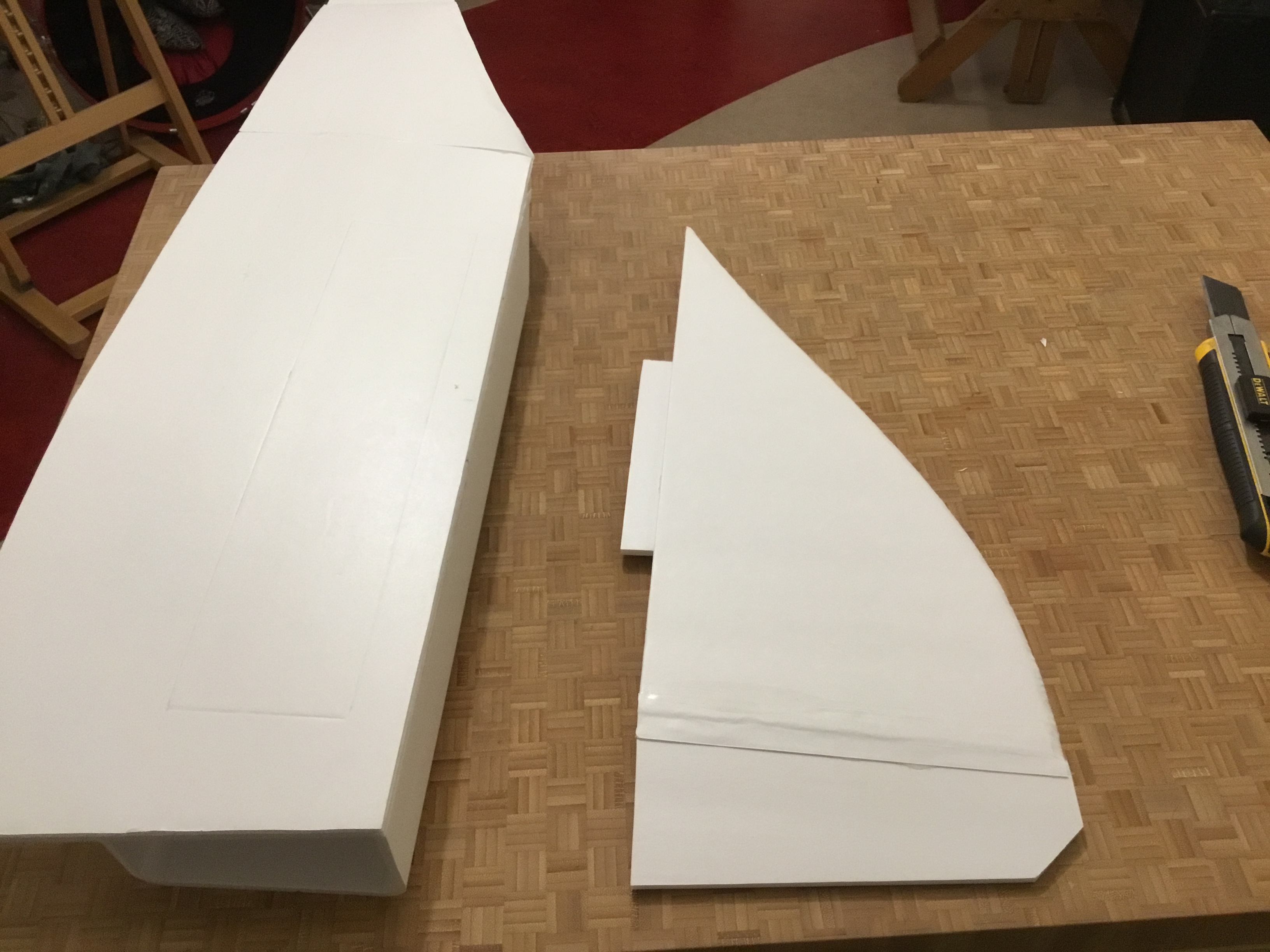 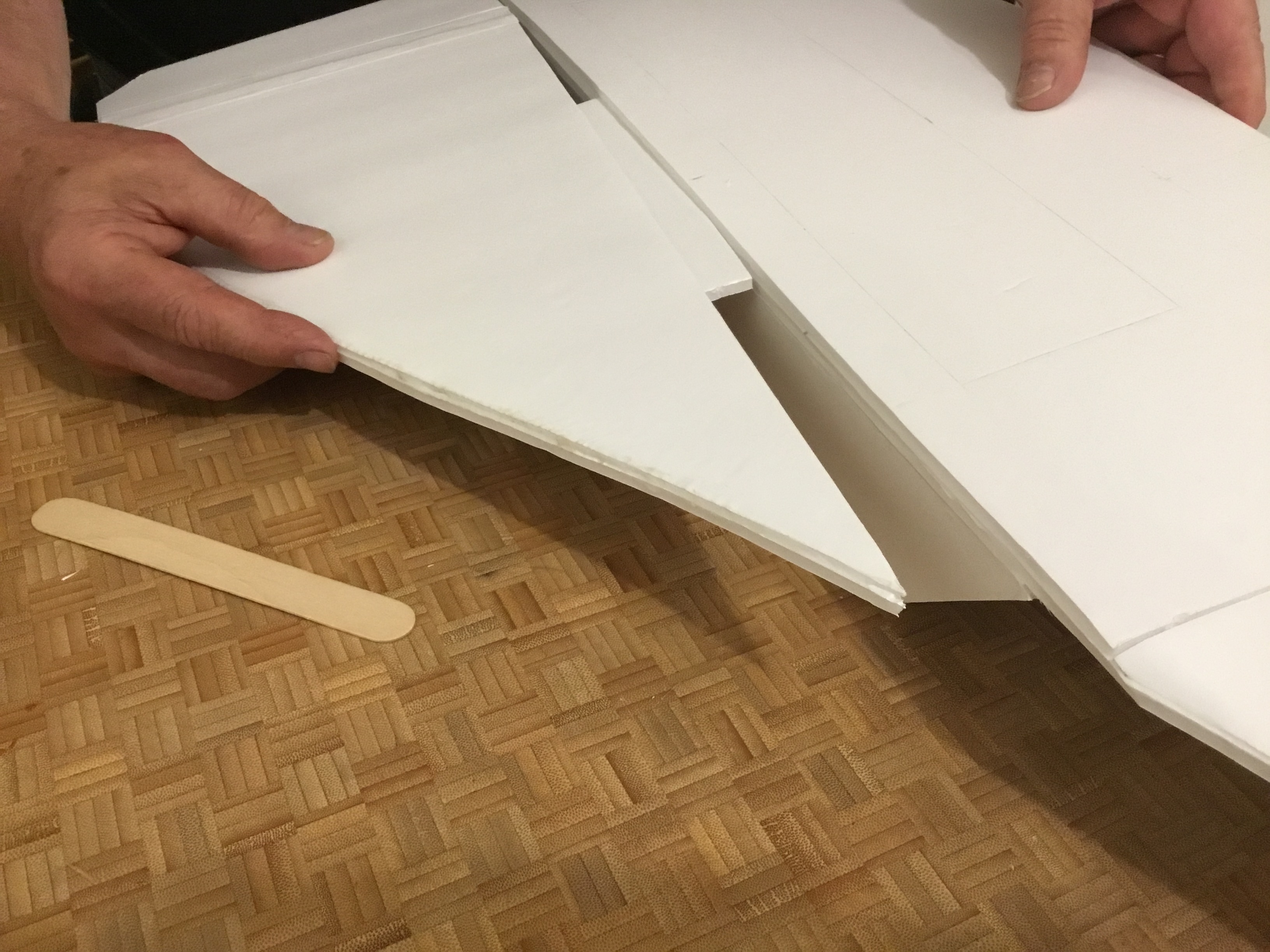 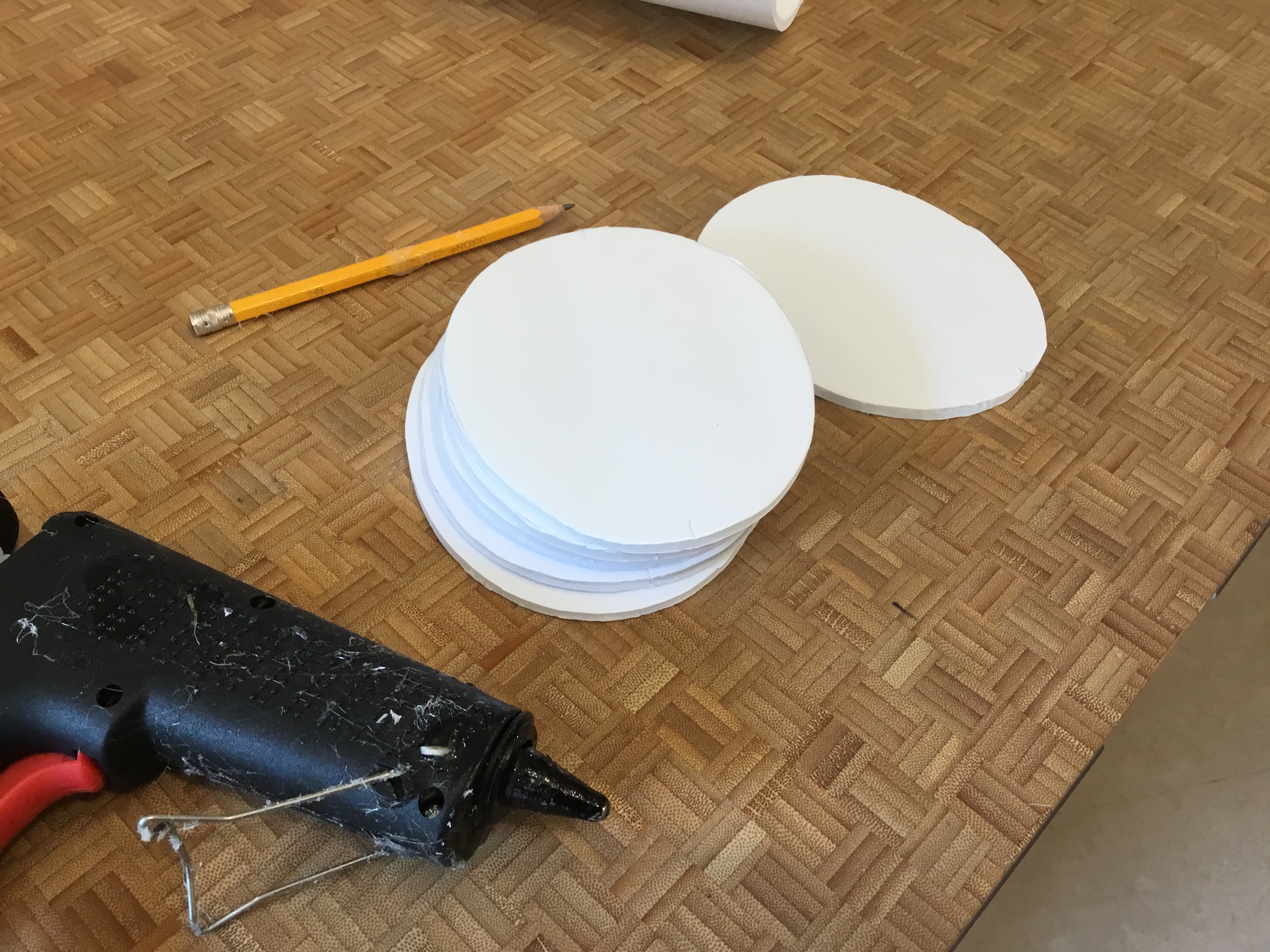 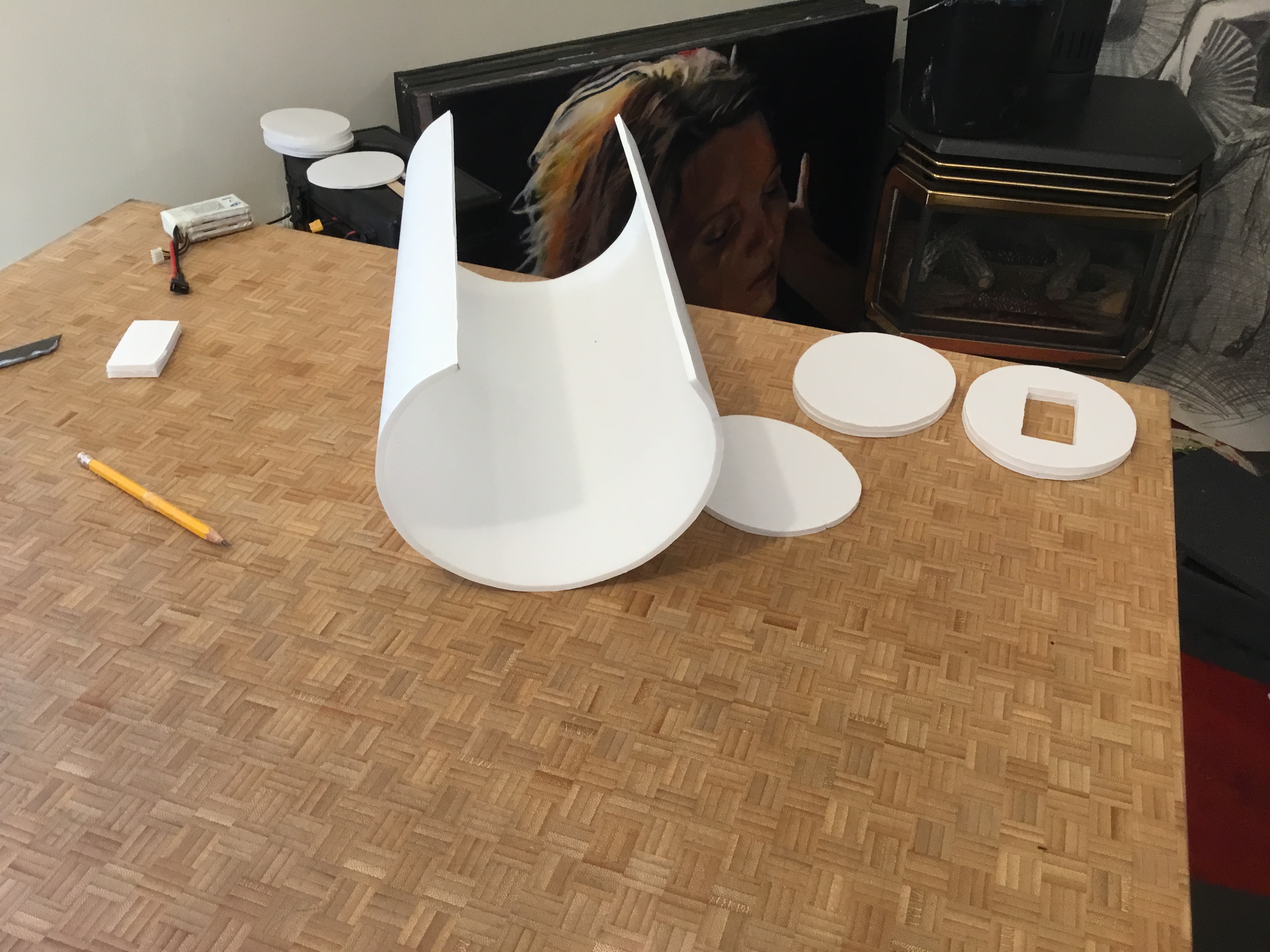 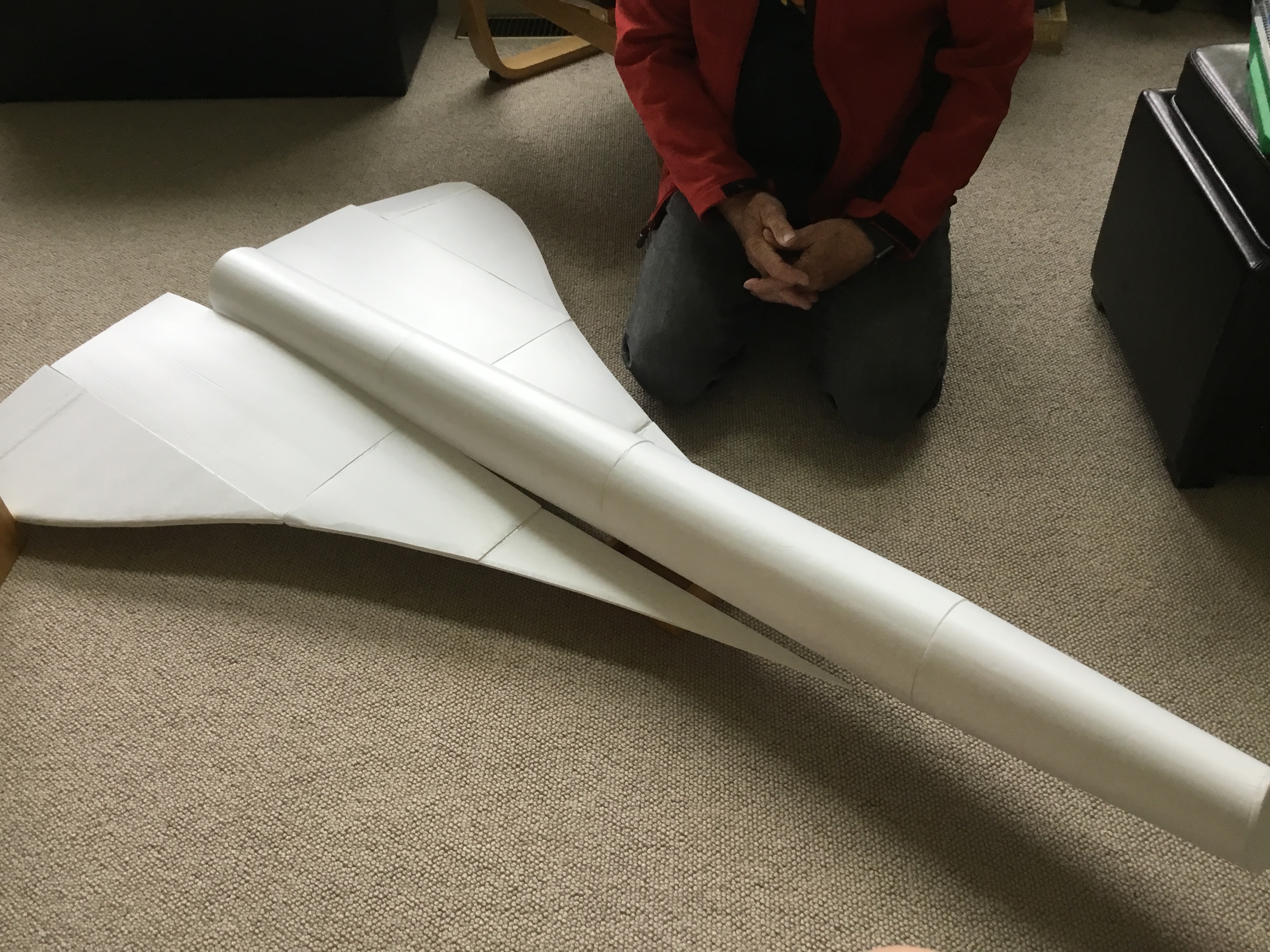 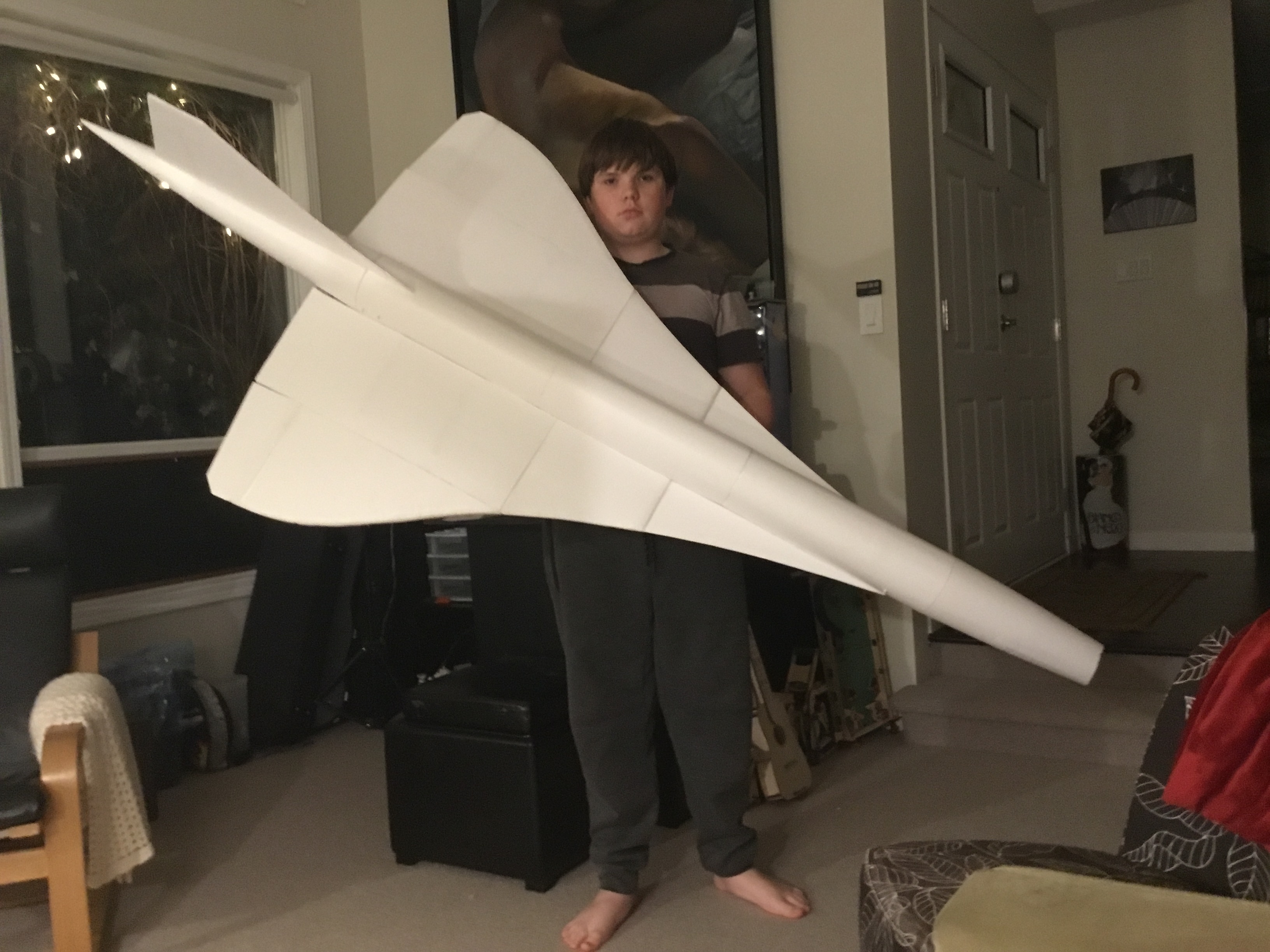 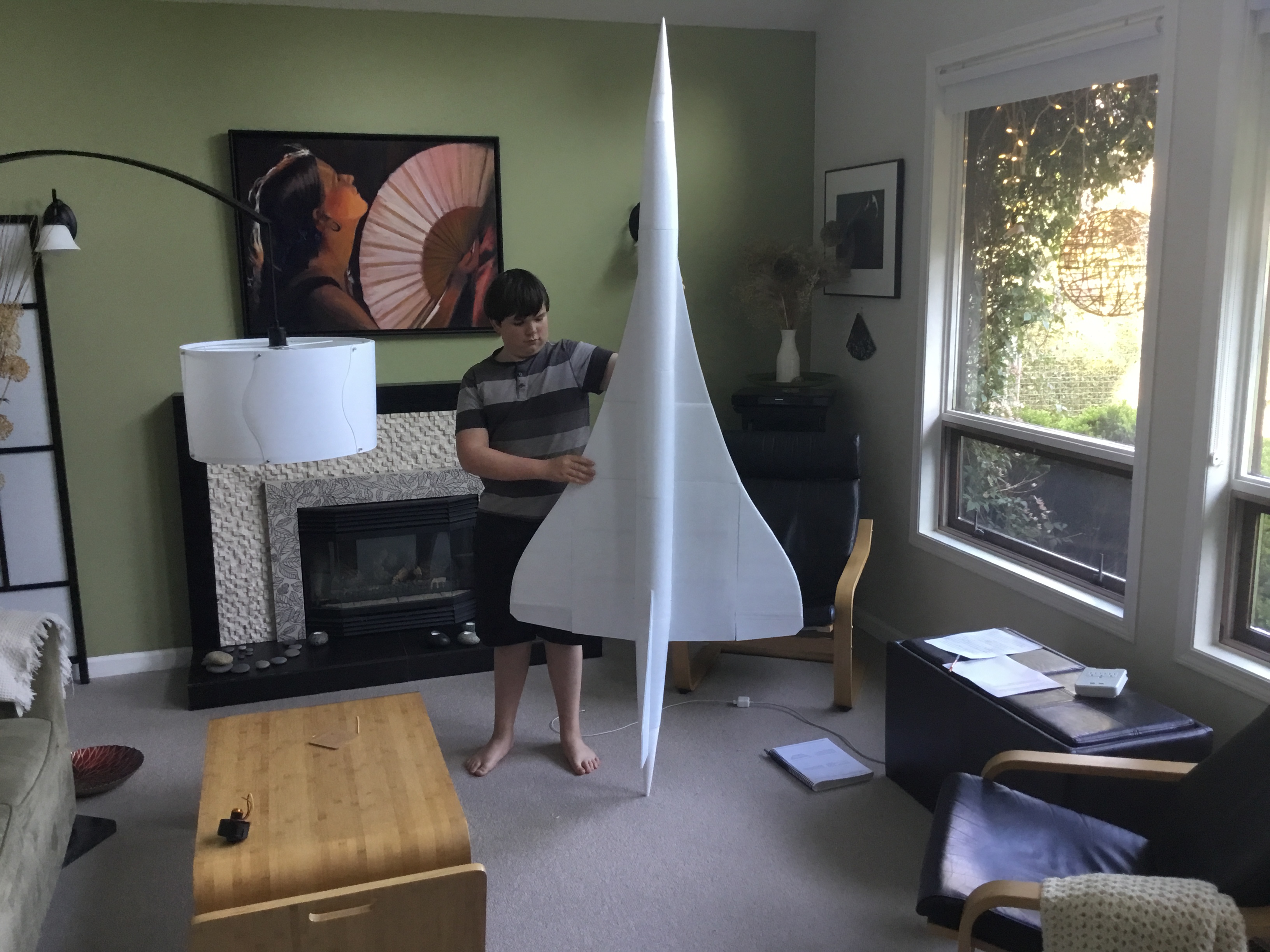 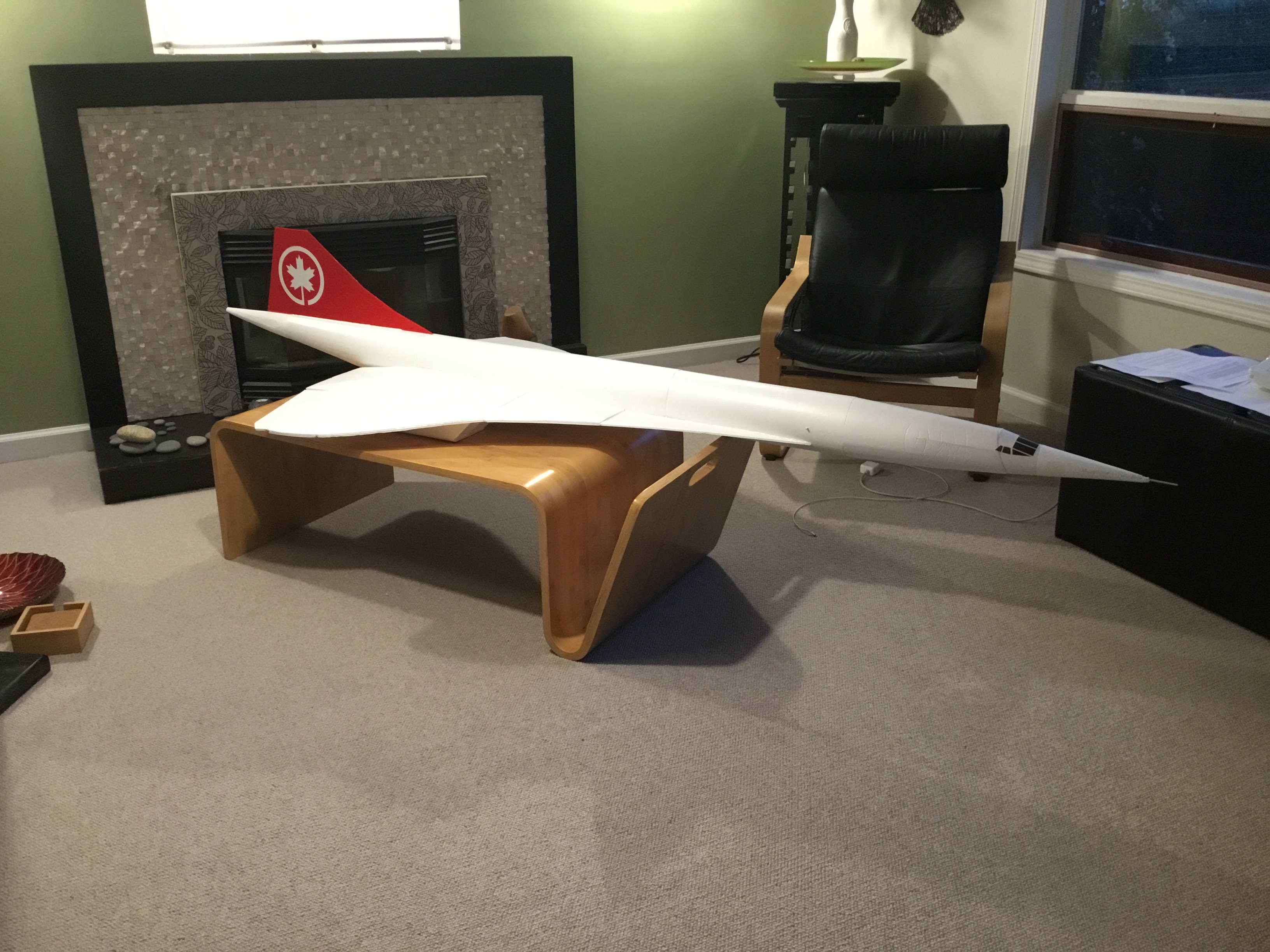 So far this project has taken around a month from start of build to finished airframe. And we still have to a few days left to go.

When it’s done, our RC Concorde will feature two medium sized electric ducted fans as engines, a drooping nose, and (hopefully) landing gear. We’re starting off with less of a drooping nose for the first flight because we don’t want it to get stuck in the ground when I land!

Grampa and I have always used Canadian-built airplanes for our scratch builds. The Concorde is an exception: it was built by England and France. But it does have Canadian connections.

Some of the technologies from Canada’s Avro Arrow and Avro Vulcan went into the development of the Concorde. The engines from the Vulcan gave the supersonic jet liner more than enough power to go past Mach 2, or twice the speed of sound. The unique wing design from the Avro Arrow led to the idea of the Concorde’s delta wing.

Another Canadian connection: The Concorde even came to Vancouver and Abbotsford for Expo 86, which was all about transportation.

There’s one last Canadian link, too. Back in 1967, Air Canada ordered four Concordes. Due to laws that were passed about sonic boom noise over the country, Air Canada withdrew its order. So in honour of the four Air Canada Concordes that were never built, we are making ours in Air Canada red, white and black. 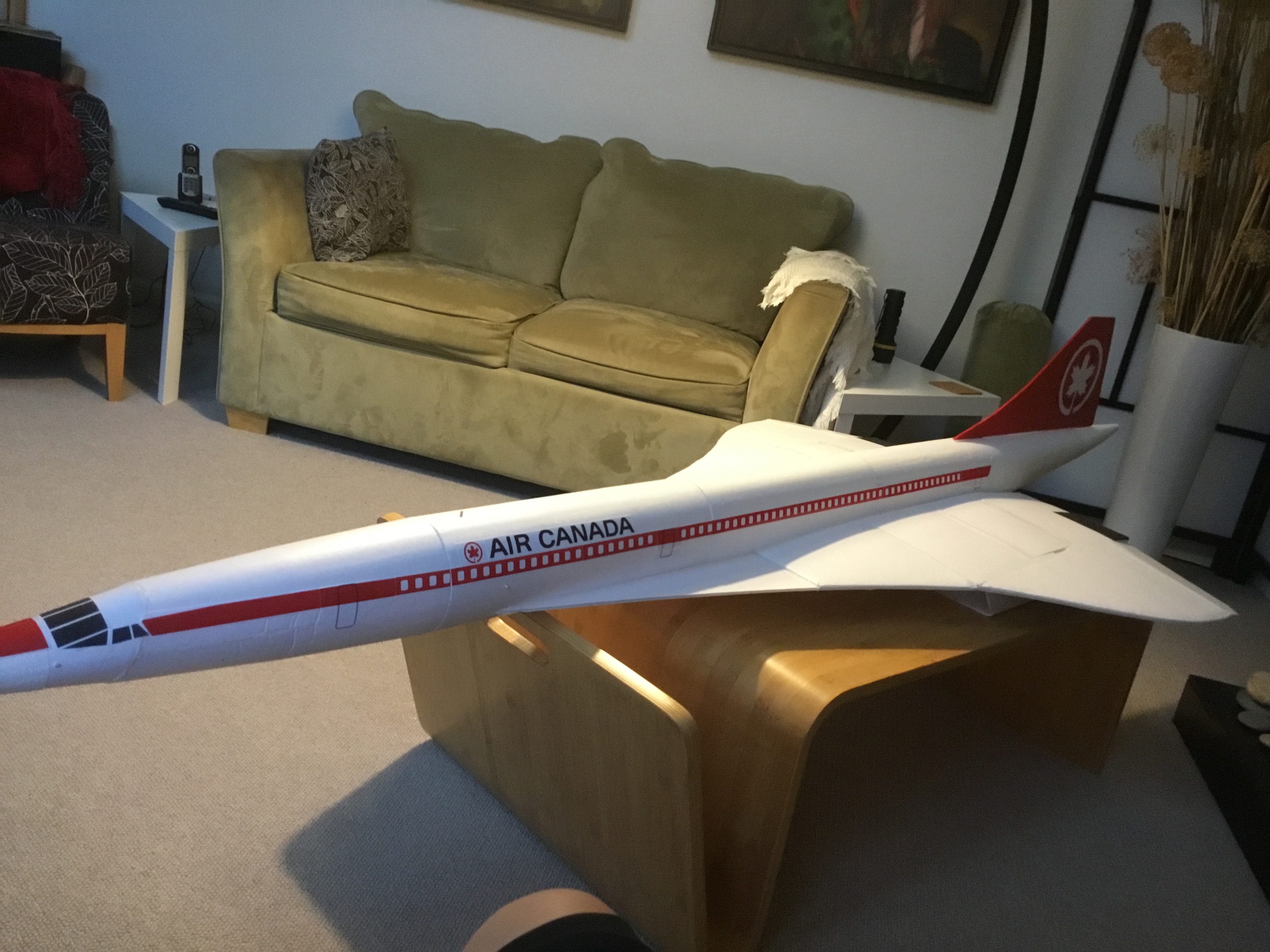 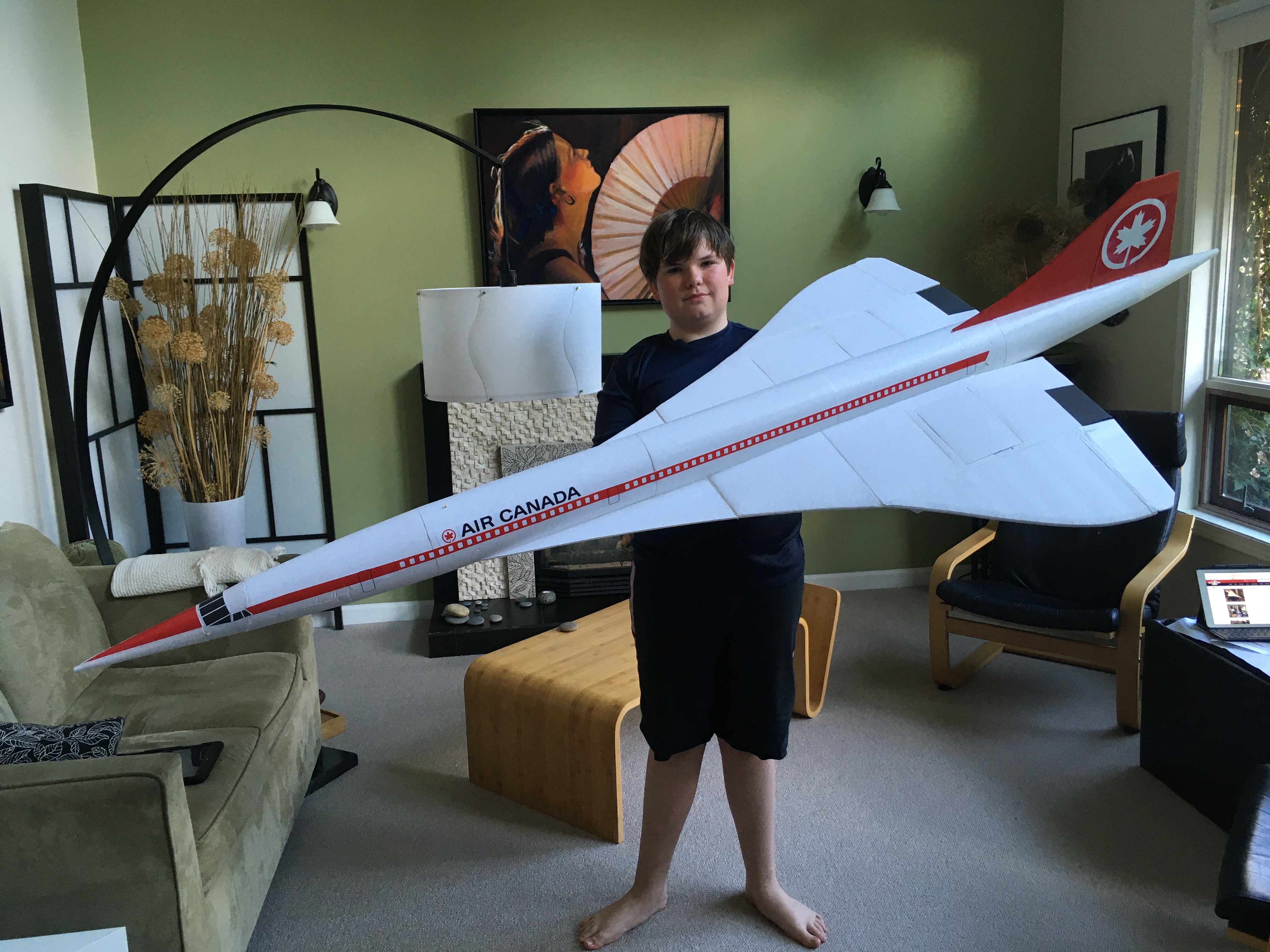 Here is the link to my Youtube channel: https://youtube.com/channel/UC85wsC5k_vO_5LPP7QbPscg

Here is the flight of the Concorde: https://youtu.be/lp11IKG4P2s

You should be proud of it.
Log In to reply

CanadianFlightCrew on June 29, 2021
Thanks so much. It was a lot of fun to build.

it uses two 9 gram servos for elevons.
Log In to reply

CanadianFlightCrew on July 22, 2021
and I am probably going to make plans again

Log In to reply
nrico on July 20, 2021
Great work guys...beautiful model and seems a stable flyer. Thanks for the little history lesson, Canadian engineers deserve a lot of credit in both the aviation and space industries. 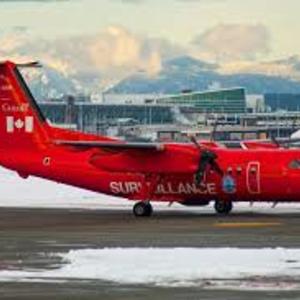