The Supermarine Spitfire is a British single-seat fighter plane that was used by the Royal Air Force (RAF) and other Allied countries before, during, and after the second world war. The Supermarine Spitfire was designed as a short-range, high-performance interceptor aircraft. The Spitfire features a unique elliptical wing shape which is aerodynamically, the most efficient, because the elliptical spanwise lift distribution induces the lowest possible drag. The elliptical wing on the Spitfire wasn’t originally incorporated into the plane to minimize drag, but rather it was made to house the landing gear along with ammunition and guns inside a wing. The elliptical wing shape allowed for the thinnest possible wing with the most area inside, giving engineers the room to store all the necessary things inside the wing. 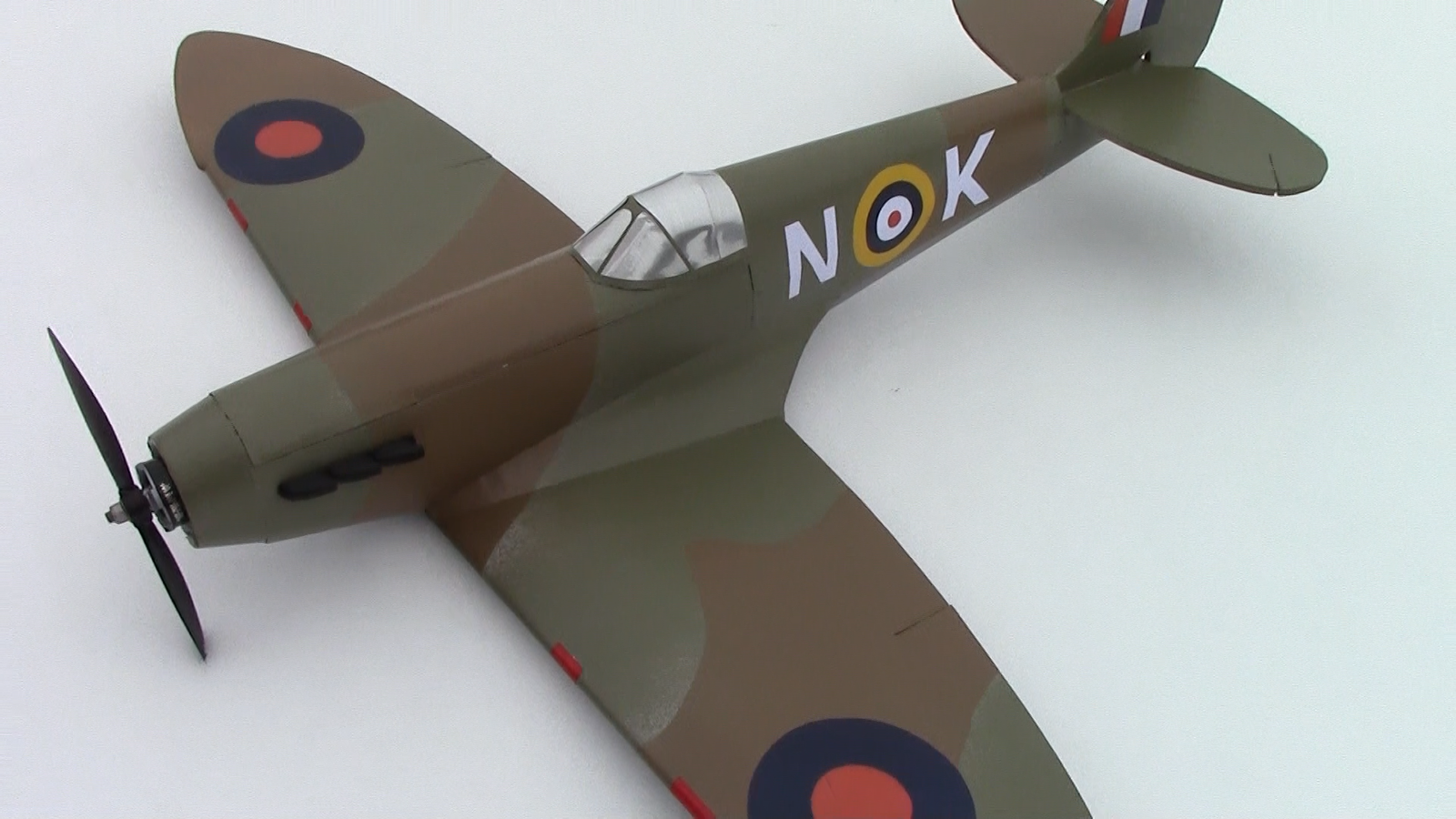 When I set out to design this Spitfire, I wanted to try keeping things relatively simple and easy to build for a Master Series plane. I chose to go for a fuselage that has an inner frame that then gets skinned in foam, rather than taking the "mold together" route that Overstreet uses. This gave me a stronger fuselage than I would have been able to get if I went the "mold together" route. I put a lot of work into adding tiny scale details using just foamboard. Like the large wing fillets that characterize the Spitfire, and all the radiators under the wing, and I even went as far as adding little exhaust stacks to the plane. I've also designed 3D printed exhaust stacks, and all the radiators under the wing, which are shared on Thingiverse. Because of the small nose and relatively large size of the Mini Power pod, this design won't have a power pod or even a standard FT Mini Firewall, but if you already have one of the Mini Firewalls, you can make a few simple cuts to make it compatible with this plane. If you have a 3D printer you can also print out the firewall which is shared on thingiverse. I really liked the shape that Nerdnic was able to achieve on his Spitfire canopy, link to his plane so I took his and made a few changes to make it fit onto my bird.

Chris McCallum a.k.a. BATTLEAXE graciously reached out to me to help put together this nice video for the plane. So go show him a some love, watch some of his vids, and toss him a sub. You can find his channel here: https://www.youtube.com/channel/UCUFM8PpAbZs1F8PEJhgS2EA

Speed-Top speed is very respectable, and while your at speed the plane is very smooth. It slows down very well for landing and remains very stable as your speed decreases.Handling-The handling of this plane is very docile, the roll rate is very scale and smooth. The tracking on this plane is outstanding while right side up, and inverted!Stalls-The stalls on this model are very gentle, and occur at very low speeds. The ailerons aren't the most effective at higher speeds so they can get a little mushy when you are coming in for a landing, but it's not uncontrollable I've landed this bird in a stiff crosswind without any issues.Aerobatics-Since the plane lacks a rudder the aerobatic ability is limited to the basics such as, Loops, Rolls, Inverted, Split S's etc.Take offs-I like launching this plane by holding it right behind the wing, wrapping my fingers around the wing fillets and giving it a firm toss.Landing-Landing this model is like any other FT design all you need to do is lower your airspeed and flare it in. Which I actually found to be a little difficult. Because this plane is quite slippery, I found myself struggling to lower my airspeed enough to land. I've been needing to start my glide right before I turn into my final leg for landing, when I usually chop the throttle to start the glide once I'm in my final leg with my other planes.Skill Level-

If you want to put in the time to build this plane, it'd be a great first or second plane that uses ailerons, but since it's a pretty involved build it might not be the best plane for someone who is still expecting to crash. 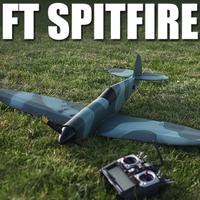 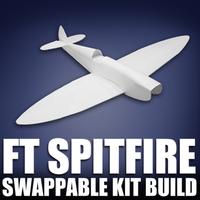 The Hangar on March 17, 2020
Nice design! Good job on it.
Log In to reply
COCHISE99 on March 31, 2020
YOU OBVIOUSLY PUT YOUR SOUL INTO THIS DESIGN. I am very thankful for your photos, plans and instructions. It is clear that this is not your first Rodeo! I am anxious to begin cutting and gluing as soon as my new shop is complete.

grifflyer on March 31, 2020
Thank you very much for the kind words, they truly mean a lot!! Good luck on your future build!!
Log In to reply
jkoreska on April 2, 2020
This design is perfect. Straightforward, everything fits exactly, and I was never interested in "swappable". Ever since my first FT build I've wanted a "less boxy" design but still at Mighty Mini scale, just didn't have the time or mental capacity. I'm so happy to be building this now, it looks amazing. Thank you!
I have an Illustrator doc with the pieces laid out on 8.5x11" if anyone is interested.
Log In to reply 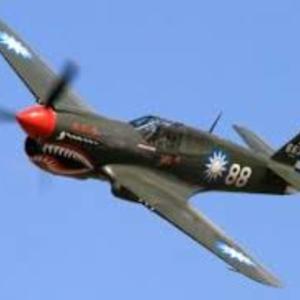