This series takes the Mini-Scout fuselage, the Mini-Speedster tail, and a simplified Mini-Scout wing; then plays around with morphing the wing location (up and down).  While this is the third article in the series, from a design perspective it is the simplist and should logically have been placed first. 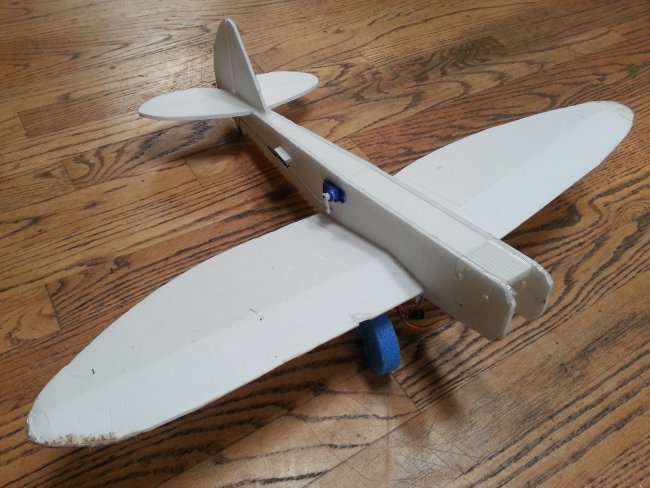 The Mini-Spit is a morph with the wing dropped to the bottom of the fuselage.  I could have stopped here, but I decided to add one more morph - stretch the wing.  I started with the basic 6x11 rectangle wing, extended the fold point out two inches, and 'stretched' the wing tip to this point allowing the edges to curve.  This is basically the shape of the Spitfire wing. 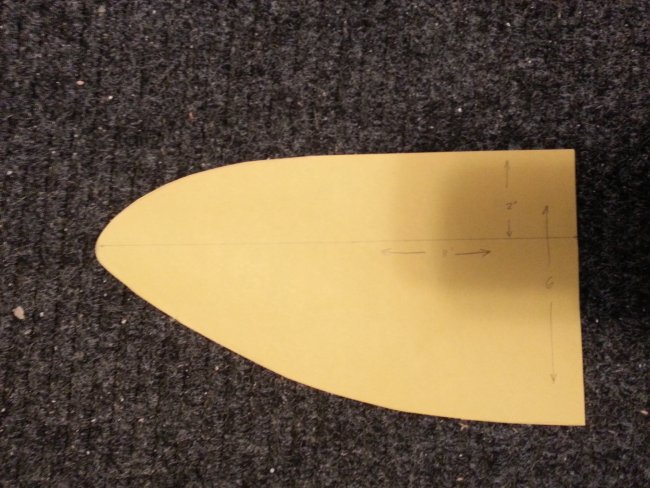 Below is the Mini-Bip fuselage, with the Mini-Spit fuselage at the bottom. 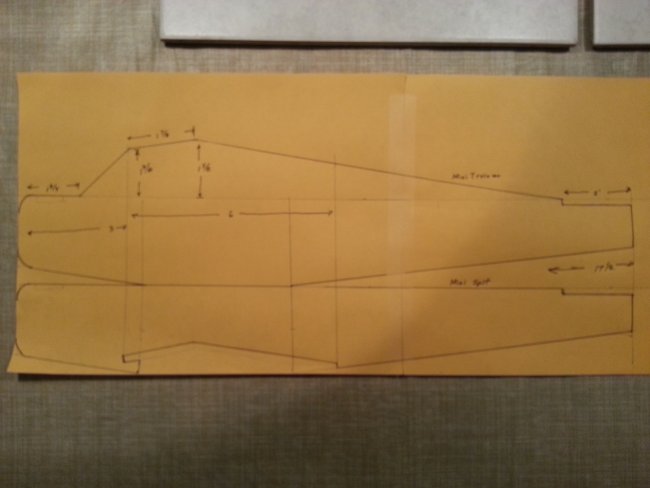 It helps if you are not dyslexic, and it also helps to have a speed build.  I thought that the minis I designed had a tendency to pull to the left, even with the angle on the motor.  With the other minis in this series, a lot of trim worked, but for this one I started to cut the tail and re-mount it with a definiate off-center angle.  Things were getting so radical, that I stopped to re-think what was going on; and realized that I had cut the power pod 'backwards' with the folds on the wrong side, so that the motor was angled down and to the left (the 'other right').  With the motor now down and to the right, the plane flies straignt with almost no adjustment.

I am not sure about the Mini-Spit, it flies but not as nicely as I would like.  Like the others, it takes me a few tries to get it up and flying smoothly, but there was a tendency to porpise, and correcting a turn in one direction occasionally resulted in a sudden over steer in the opposite direction.  This may just be my flying skills, or some issues with the set-up correctly, but I found the plane requiring more than beginner skills, and tending toward being more work than fun for me.

The Mini-Spit was done more as an experiment that wanting a plane of this type.  I am sure that with more work and modifications that it could be improved, but I don't have the interst to put that much effort into it at this time (other projects to try!).  As such, I leave this as an exercise to work on for others who may be more interested.  I believe there were comments in a pod-cast about scaling the Spitfire, and that others had problems getting it down to 50%; it worked well at 60%, but going smaller got more difficult - this may be what I am encountering. 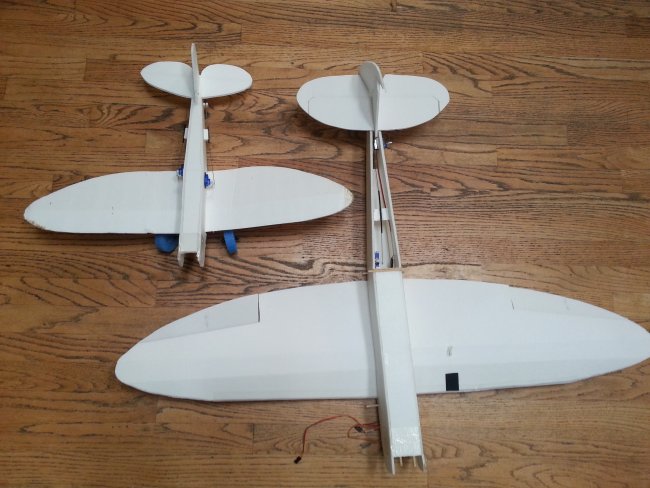 I may come back to this plane in the future, to work out the performance; but I am more interested in bi-planes and trainers.  The next article will be two minor modifications to the Mini-Bip. 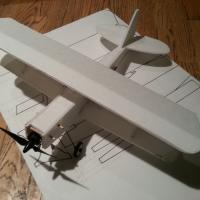 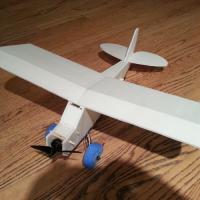 Michael763 on January 2, 2015
Thanks for sharing your design and thoughts on how to improve on it.
Log In to reply 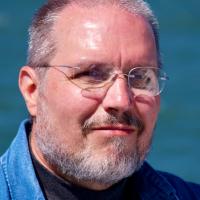