Josh Bixler has loved aviation for as long as he can remember. It was the common activity that he and his brother did with their father.

“It was the primary way we bonded,” says Josh.

His dad would take them to Barber Airport to fly and the first time Josh went up in a Pietenpol was with a dear family friend. He says he never forgot that experience and it has spurred on his pursuit of aviation.

Fast forward 28 years, Josh purchased his own Pietenpol and now he gets to fly from the back seat 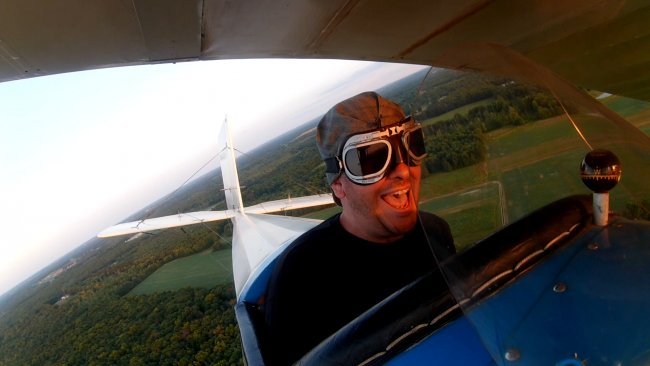 “[There’s nothing like] the freedom that you have, the wind, the noise, the sound, the sight, the clarity,” says Josh. “Every sense you have is exposed.”

Designed in 1928, the Pietenpol has minimal controls, is a simple design and when flying, it’s almost like you’re in a different time period.

“Flying the Pietenpol is like flying a time machine with wings,” says Josh. 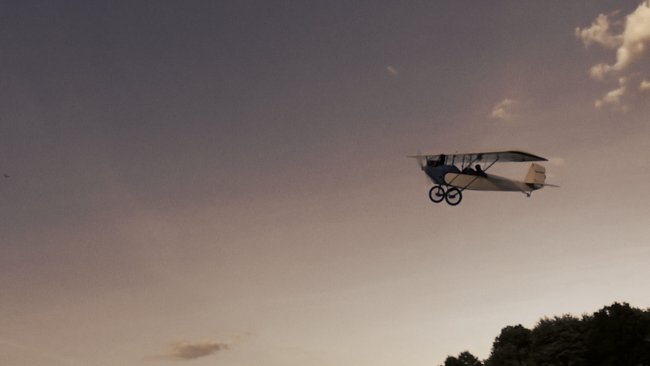 Josh explains what makes this aircraft a great first homebuilt plane is that since it has been around for so long, there is a huge amount of knowledge and resources available, including people who are dedicated to getting you into the air. Additionally, the same RC model techniques you have can assist you as you build. And you can build one of these for less than $10,000! 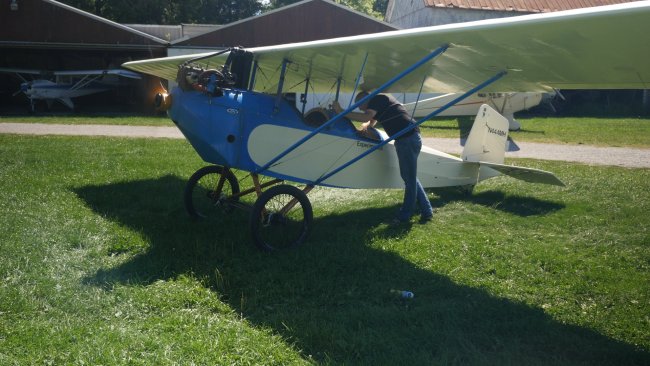 “It’s nothing more than a big balsa wood airplane that you happen to be flying in,” says Josh.

Josh believes that Barnard Pietenpol was as “Flite Test” as someone could be in the 1920s. He built the Pietenpol to be easy enough for others to build and fly, while being an incredibly robust and strong design. It also can use several types of engines, which makes for slightly different flight characteristics.

Josh’s favorite way to fly the Pietenpol is in formation because it truly captures the spirit of flight.

Josh hopes that his experience with his Pietenpol inspires others to continue to take flight to new heights and believes that, “a lot of people can fly the models, they’re also capable of making a memory over building their planes and flying their planes.”

Are you building an aircraft or own one that you are proud of and want to share with the world? Visit our general aviation page, fill out the form and you could be featured! 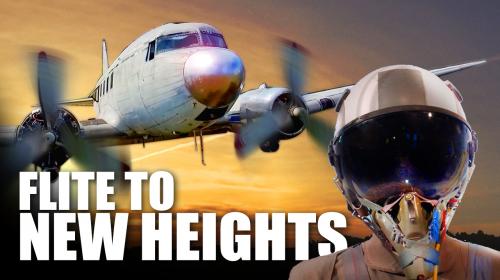 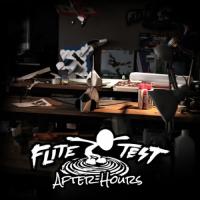 Log In to reply
Jrd210 on February 3, 2017
Hey FliteTest--great video, I too started with my Dad as a kid backseat, went on to fly 3200 hours (about 50% taildraggers, homebuilts and ultralights) and then on losing medical (fine as getting too expensive to fly here in Canada) took up models and now totally hooked on all the models I fly. Almost as much fun!!
Log In to reply
abieex on January 29, 2017
Best FT video ever! Right from the heart and genuine. Great editing, filming and sound. I have always flown full scale 15 meter sailplane so I understand his passion.
Log In to reply
FliteTest on January 30, 2017
Thank you for your kind words! Be sure to check out our general aviation page to submit info about your sailplane! (www.flitetest.com/pages/generalaviation)
Log In to reply
mikeporterinmd on January 29, 2017
That was awesome! Loved every moment of it.
Log In to reply
FliteTest on January 30, 2017
Isn't Josh fantastic? His heart for aviation shines through every word he speaks. -Megan
Log In to reply
Neskair on January 30, 2017
That is awesome! I love it. Now I really want to build a full scale!
The article looks great! My favorite in a long time!
Log In to reply
KC135 on January 29, 2017
I LOVE the passion you show for Aviation... I can just feel your enthusiasm for the things that you do... I hope you know that you and your staff are greatly appreciated beyond any words can express... You've certainly past on your enthusiasm to me personally and have enhanced my existence here on earth. Thank You and your Staff for what you've accomplished; and the way you Inspire others in this Adventure we call "Life".
Log In to reply
FliteTest on January 30, 2017
Our hearts soar hearing we have positively impacted others in the community. Thank YOU for your ongoing support! -Megan
Log In to reply
Herman Nel on January 30, 2017
I can only echo MOcchionero comment: "Wonderful! I am glad God has blessed you with your spirit and enthusiasm! ".
I am nearly 60 years in this hobby, starting with Cox baby-bee engines on U-control planes.
..... and I enjoy your videos and stuff very much...

Log In to reply
A. Frate on November 30, 2017
Hi, Josh
Just got a Nov. 2017 EAA Sport Aviation magazine. There is a great article about the Pietenpol Air Camper.
Lots of info and pix. There is the Brodhead Pietenpol Association here in Wis.
Keep'em Flying,
A. Frate
Log In to reply