In preparation of painting my FT Sea Duck, I wanted a simple and effective way to produce a natural aluminum finish.  Peter Sripol's method of sanding everything first produced excellent results; however, it is time consuming.

I evaluated three enamel spray paints with and without primer.  For the primer, I used Zinsser BIN Sellac-Base primer.  The three metallic paints all purchased at A.C. Moore are: Rust-Oleum 2X Metallic Aluminum (11oz for $6), Testors Gloss Metallic Silver (3oz for $6), and Champion Sterling Silver (8.5oz for $6). One caveat: the spray paint was room temperature and I sprayed outside on a sunny, January day. All three manufacturers recommend 70 degrees Fahrenheit; however, my better half does not appreciate paint fumes in the house.  More details below.

I volunteered one of my FT Viggen noses for this test. I did not sand the waterproof foam board.  I divided it into six sections: one for each paint brand—with and without primer.  As mentioned above, I painted outside. The weather was warm for New England—sunny, 55 degrees Fahrenheit, 60% relative humidity, and southwest breeze at 9 mph.  I kept all the paints at room temperature until going outside to spray.  All applications were at 12 inches from the surface. One light (but thorough) coat was used for each test square.

I primed three of the squares with the BIN shellac and let it dry for 30 minutes per instructions on the can.  I then painted two squares (primed and bare) with each paint brand.  Rust-oleum on the left, Testors in the center, and Champion on the right.  A peel test using blue painters was done at 30 minutes and then again several hours later.  I took pictures from two angles and a short video of the primed and bare samples.

We'll start with bare foam board without primer: 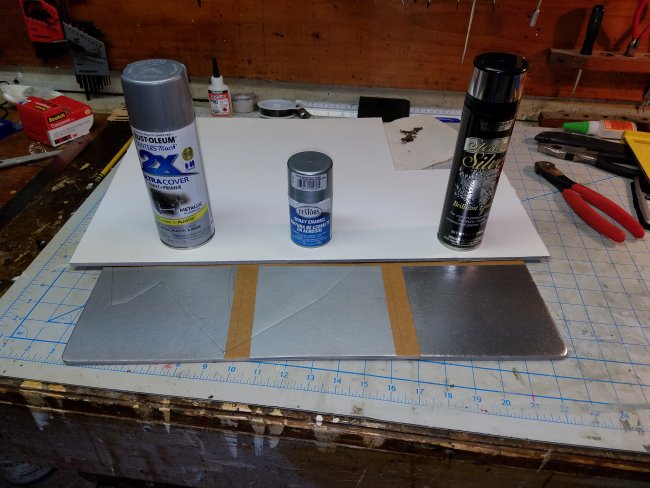 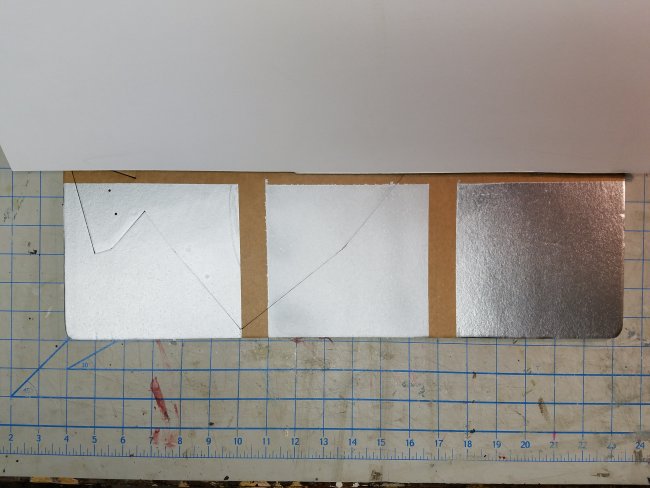 No primer from another angle.  L to R: Rust-Oleum, Testors, and Champion

And now a video of no primer:

The bare foamboard did better than anticipated.  All three brands look decent enough; however, the Champion (far right) was, in my opinion, the most metallic-looking.

Moving on with shellac-based primer: 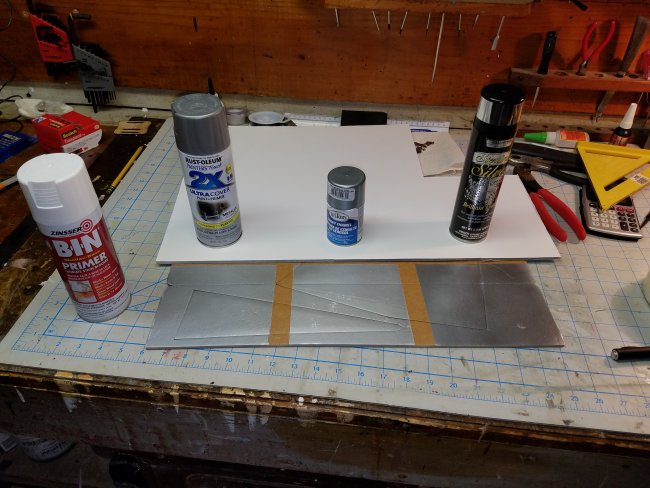 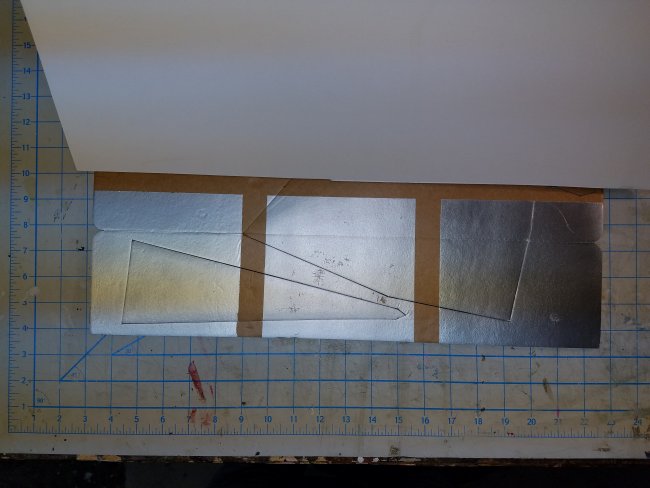 With primer from another angle.  L to R: Rust-Oleum, Testors, and Champion

Try to disregard the blemishes on the primed samples.  I dropped my paint shield on the wet paint by mistake. The primed surfaces are deeper in color than represented in these images.  Again, I give the nod to the Champion brand. 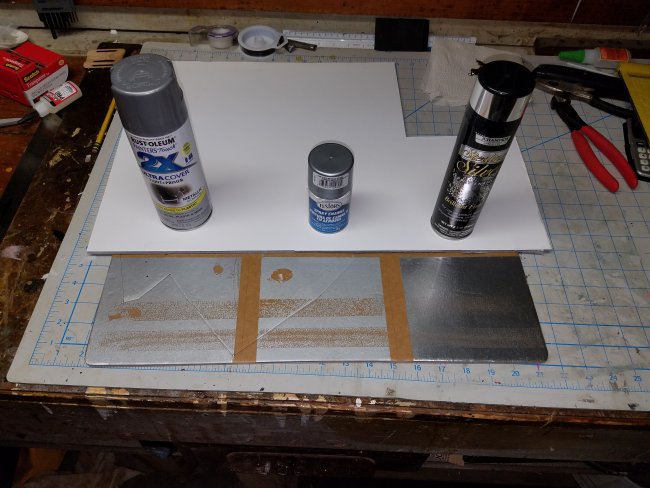 Champion (far right) is the clear winner here.  Testors comes in last even though it is the most expensive paint in this test.

And now with primer: 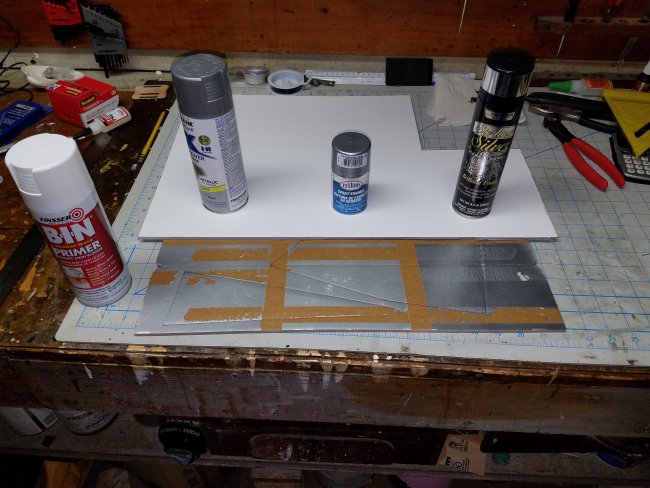 I was very surprised with this result.  The primed surfaces did very poorly after drying for several hours.  Not sure if the colder than recommended temperatures played in this or not.

Conclusion:  The primer helped a little in color quality but made adhesion far worse.  Maybe this would be different on a warmer day.  All three paints looked fine to me.  They all had a nice color and sheen. However, I'd give the edge to the Champion Sterling Silver without primer for its superior adhesion to waterproof foamboard. I'll likely repeat this test in warmer weather to see if the results are different.

I look forward to hearing what others have done to create a natural metal finish on their planes. 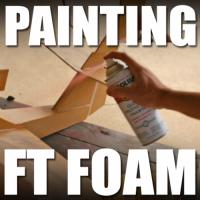 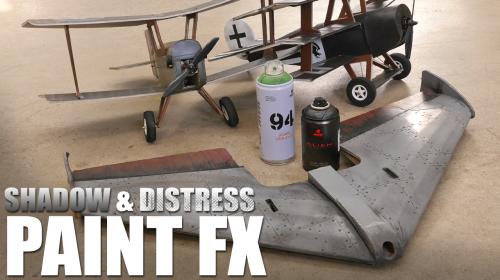 hack-o-holic on January 30, 2017
Thanks for this. I found it most interesting that you had such dramatically worse results when you actually used primer. I have only painted one of the new water resistant planes and I had absolutely HORRIBLE results. The paint chipped at the slightest pressure put onto the foam board. It also peeled several places from blue painters tape. I posted pics in the forums asking about what I might have done wrong. After reading your article, I think I know what I did wrong. I used PRIMER! As a matter of fact, I used a white primer that was basically also the main color for my BN Versa. I'm thinking if I had just bought a can of regular white paint it would have worked correctly.

Also you may want to look at a product called Brite Zinc. we use it at work and I painted my White Foam P-51 with it and was SUPER impressed. It is actually 66% zinc so you are actually giving the model a somewhat real metal finish. It went on easy and looks super convincing. https://www.amazon.com/Weld-Aid-B-100-Brite-Zinc-Primer/dp/B008S1WMHM/ref=sr_1_1?ie=UTF8&qid=1485790024&sr=8-1&keywords=brite+zinc 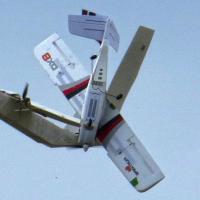